Nexhat Llumnica: Most KEK employees don’t get to enjoy their retirement days

The sole energy producer in the country Korporata Energjetike e Kosovës (Kosovo Energy Corporation – KEK) employs over 4,700 employees. In the past two years, most of them have chosen to go out in the streets to demand recognition and respect for their rights. The reasons why they were urged to protest range from the lack of a collective contract to the intense working environment and high level of risk. In the last 18 years, 42 KEK employees have died in the workplace, according to data of the Job Security Inspectorate, which functions within KEK.

The number of KEK employees was higher before 2013, but as a result of the privatization of the energy distribution network, around 2,000 employees are now under the management of Kosovo Energy Distribution Services joint-stock-company. KEK, which is under government ownership, has undergone organizational changes and faces continuous issues regarding energy provision. It has two unions: the Independent Union of Employees of the Kosovo Energy Corporation, and as a result of discontent regarding its performance, from 2015 around 2,000 employees left this entity to form the New KEK Union. The latter is more active in publicly raising its voice for the rights of its members.

In the last three years, the New Union has organized more than ten protests. Their demands included: respecting the labour law and the collective contract, increasing security in the workplace, providing health insurance and raising wages. In 2017, the New Union demanded a 100 euro pay increase for all employees. That year, no one took their demand under consideration, but the union members didn’t stop protesting despite promises from politicians to implement their demands. When 2018 came, the union members were still in the streets, issuing their demands.

K2.0 spoke to Nexhat Llumnica, a union member, about the working conditions in KEK, the difficulties with which employees are faced, the steps they’ve taken to protect the health of workers, the demands that workers have made to the KEK management and state institutions, as well as the role of protests and strikes in influencing change. 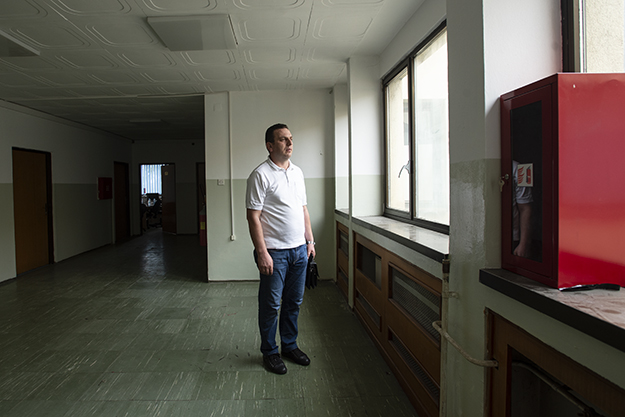 K2.0: In 2017, KEK resisted workers’ protests for pay raises. But in the beginning of the year we are leaving behind, the management agreed to raise the wages of all workers by 100 euros — as you demanded. What circumstances prompted you  to demand a pay increase and insist on it throughout the whole year?

Nexhat Llumnica: The demand for a pay raise came as a result of the working conditions, the level of risk [in the workplace], and also the continuous over fulfillment of coal extraction and energy production. In general, KEK workers are in a difficult situation. They are exposed to toxic gases and other risks. Most KEK workers do not manage to live out their retirement days as a result of occupational disease. So the demand for pay rise came naturally.

How did you organize? What phases did you go through to achieve the pay raise?

We protested and expressed this demand from May 1, 2017. Right after the formation of the government [September 2017] we were promised a pay rise by the prime minister [Ramush Haradinaj] and the head of assembly [Kadri Veseli], but this didn’t happen. In November [2017] we protested again demanding the implementation of the collective contract and a pay rise, and again the prime minister verbally promised to us that we would get the pay rise from January 1 [2018]. This didn’t turn out to be true. On February 2, former managing director of KEK, Arben Gjuka, said that the board didn’t make the decision to raise wages.

"It is a flaw in general, because they never fulfill the demands of workers without putting a great deal of pressure on them."

We were forced to protest again and planned to go on strike. On February 8, all of the workers got together and protested before the KEK directorate, as well as the government of Kosovo. Our pressure forced the board to hold an urgent meeting the next day. They reached the decision to raise wages, but there was no written decision, as we demanded. After three days, a written decision was sent to us, but there was no explanation about when or by how much [wages] would be raised.

We continued to resist and decided to go on a general strike from February 16. But on February 14, the decision [of the KEK board] came to us. It stated that from March, the wages of all workers would be raised linearly by 100 euros. We felt that it was reasonable to call off the strike and wait until March. And in March the wages were raised.

Does this mean that when workers insist on their protest and threaten to go on strike, they will achieve their goals? And seeing that after raising the wages, KEK declared that it would not reduce the budget or raise energy costs for consumers, does this mean that public or private employers do not increase wages even though they can?

It is a flaw of the KEK management and all other managements, or company owners in general, because they never fulfill the demands of workers without putting a great deal of pressure on them. It has become natural. It is a trend to always demand the improvement of working conditions through protests. KEK has its own budget and the possibility to increase wages, but it doesn’t do so.

What is the average wage of a KEK worker today?

After the wage increase and the cost of work experience, the average wage is over 680 euros [per month]. The wage is above the national average, but KEK workers deserve even higher wages. This is because the working conditions present a high level of risk, as well as other specifications which make these wages insufficient. KEK workers don’t want to beg, they simply want to be paid for the work they put in to produce energy for the country. The average lifespan of our workers – according to our estimates – is between 57 and 58.

But a good practice that is being implemented now allows workers to retire early and to receive 24 full wages. This enables them to evade the hard work in their retirement age. Conditions are being made for bringing in new staff too. All workers who are over 60 can choose to leave the job and receive 24 paychecks. 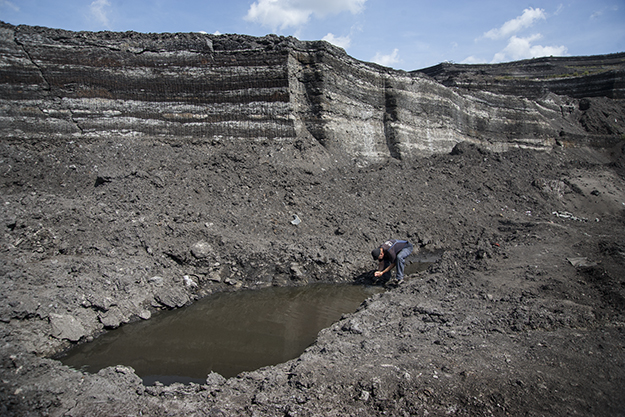 KEK workers face a high level of risk in their workplace, especially in the aspect of health. Photo: Atdhe Mulla / K2.0

Does this happen often? Are workers choosing to do this?

There is still no data. Workers are still applying and they have until January 19 [2019]. This is a good opportunity to take 100 percent of their wage and to rehabilitate their health.

You’ve faced issues with health insurance. What is the current situation regarding this issue?

Workers have healthcare. KEK pays 24.80 euros [per month]. But initially the workers must pay [for medical services] from their own pocket, and subsequently the money is reimbursed from the insurance company. We always have requests from workers to change this because treating severe illnesses costs a lot, and they are unable to cover it themselves. For this, in many cases, workers put their money together to pay for the medicaments of our colleagues until the insurance company reimburses them.

Seeing as KEK is a dangerous working environment, what has been done thus far regarding security in the workplace?

"There is a need for more workers and we hope that there will be more job calls published in the future. If not, we will insist on this being realized - through protests if needed."

What are the risks that threaten KEK workers most often?

The most common causes are fatigue, heights, occupational disease and other risks. There are cases when workers do not respect the security rules; for example, they do not wear protective equipment. There are no adequate mechanisms [to enforce safety precaution] — even though there is an inspectorate within KEK — but there are not enough members to enable it to operate efficiently. According to the labour law, there should be one inspector for every 50 employees of KEK, but this isn’t the case. So there is no capacity to manage the situation.

Could this be demanded in the future?

We made the demand before the current managing director and he promised that he would attempt to realize a division for security and protection in the workplace. This will increase the capacity of the current department because it is impossible to manage 4,000 workers with 30 inspectors.

You’ve stated that even other divisions are undermined by a shortage of employees. Can you elaborate on this?

387 workers will retire in the next couple of years, contributing to a shortage of around 800 employees. The management has authorized the publication of job calls for 100 new positions. This is an attempt to reorganize KEK. But there is a need for more workers and we hope that there will be more job calls published in the future. If not, we will insist on this being realized — through protests if needed — because it can undermine energy production and pose a danger to us as workers.

How are you covering for this shortage of employees?

It is very difficult. There are workers who do two or three different jobs in KEK. This is also thanks to the will and motivation of the workers, which has been positively influenced by the pay rise. Job competition and unemployment is also forcing people to work in these conditions. Recently, thousands of people have applied for the 100 new positions in KEK. This shows that there is a need for work, so KEK workers are under pressure to keep their jobs. This situation [of unemployment] is making it possible to suppress workers and to not respect their rights.

Based on what you said until now, does this imply that KEK doesn’t respect certain points of the labour laws?

Not completely. I mentioned some of the points which KEK doesn’t implement. This could be a result of ignorance, but the important thing is that they are not being implemented.

Does this “ignorance” of the management come with a cost for the workers?

This has often cost the management because in some cases workers have filed lawsuits against KEK. Employees won in many of those cases and this came with a cost for KEK, in the form of fines, interest rates and payments for lawyers. There were cases in which employees were unjustly fired from their jobs, and afterwards they were brought back as a result of court verdicts, receiving all of the wages which they didn’t receive since being fired, as well as interest. These are instances of mismanagement which come with a cost. On the other hand, overtime is not compensated, instead days off are imposed on workers as compensation for overtime.

Based on what you said, KEK workers face difficulties and continuously have demands to improve their situation. What steps will you take in the future to ensure that the demands of workers are considered?

Based on experience, we believe that we’ll continue to organize protests of KEK employees. Many of the heads of KEK have changed — not only the managing director — and if they continue to use the same policies as their predecessors, we will be forced to protest. If they fulfill our demand to respect the collective contract, we’re not crazy to go and protest. But if the opposite happens, we will protest.K