An underwater pilgrimage to a selfless universe of solitary tunes.

Shpat Deda is a healer. He is one of those who owns his sound but sets it free with an aesthetic grace. He refuses its possession. He knows that sounds do not belong to any living soul. They are like some wandering birds; they need to fly to those dark rooms where beautiful things begin to breathe. He knows. He has been there. His voice can witness.

Shpat’s latest music album brings to life an artisanal candy store that makes you appreciate that fresh mint sweetness that lingers in your ears like a shameless bijou. At the very end, while those semitonal echoes of his last song start fading in your head — leaving you with an endorphin lollipop in your mouth — you start wondering about what peppers our lives with the taste of cherries and who sprinkles that salt in our stories.

Shpat’s music hunts down the very spice of our inner self. Its resonance catches our souls because we’ve gone too far without them. Gone to some other, unknown selves, purposelessly bad mouthing while chasing Xanax realities. Talking cholesterol. Feeding on nicotine hopes. Measuring emotional growth with the number of workshops we attended.

One of the truest impulses I discovered while listening to “Rrugës” (On the Way) was the author’s non-computed devotion to give. It is a non-negotiable formula of telling what others would instead like to keep hidden, giving birth to lyrics with no questions since the songs keep carrying the answers.

“Rrugës” (On the Way) is Shpat’s way of micro-dosing Nick Drake, who meets Air while winking to a spiritual gospel choir. He uniquely sings about his Love Supreme with his pine honey waxed syrup voice, lightly fragranced with Tom Waits. You enter an underwater smoke whilst a soulful chanting choir flow around, movingly providing clues about what really matters. A brief introduction to humbleness. 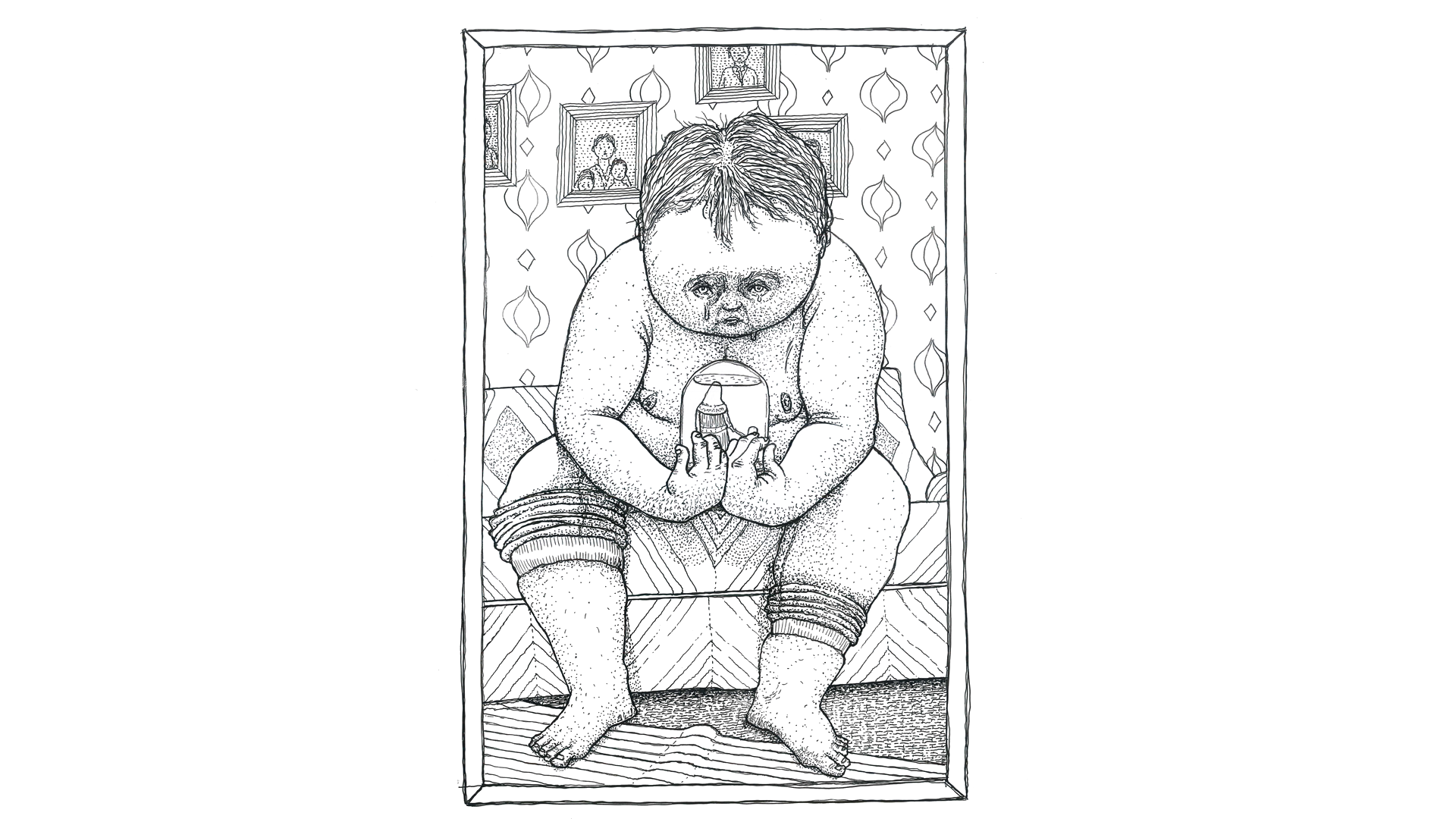 “Instiktivisht” (Instinctively) is a wet ode to the dark corners of bedroom pleasures. Shpat smuggles those intimate pictures masterfully, crafting a spiritual rhythm of those luring midnight summer-serenade backing vocals while himself providing creamy refrain lines but ending it with a needless guitar solo that stops like it was stopped by traffic police.

“Kërkon” (Looking For) is a moderated Prishtina-spiced Calexico-esque intermezzo filled with educational rhymes. It is an anthem to the moral-panicking and greedy 21st-century nail-biting clerks, a red velvet flag for the nervous who search Google to find their life purpose.

“Nesër” (Tomorrow) is beyond all lines a masterly tailored song. A breath of Morricone’s spell winding around this personal rhapsody sung for the bottomless matters of the heart. But Shpat knows: Mourning one’s desires can wait. Elegies are so démodé. He has a raki to finish and a few tears to kill.

“T huj” (Strangers) wastes the good-ol’ early tunes from the 2000s, (Bonobo, Morcheeba, or even Zero 7) to wrap up a song that could be a simple SMS.

“S’ka kurrgjo” (There’s Nothing Out There) is a song from another dimension and presents itself in a form of sounds and voices. An out-of-body experience left in front of your door to have it with your morning Choco cornflakes. Listen to this song and send a damn <3 to Shpat’s profile because this one will make you sing your heart out in this town where everybody laughs but no one smiles. 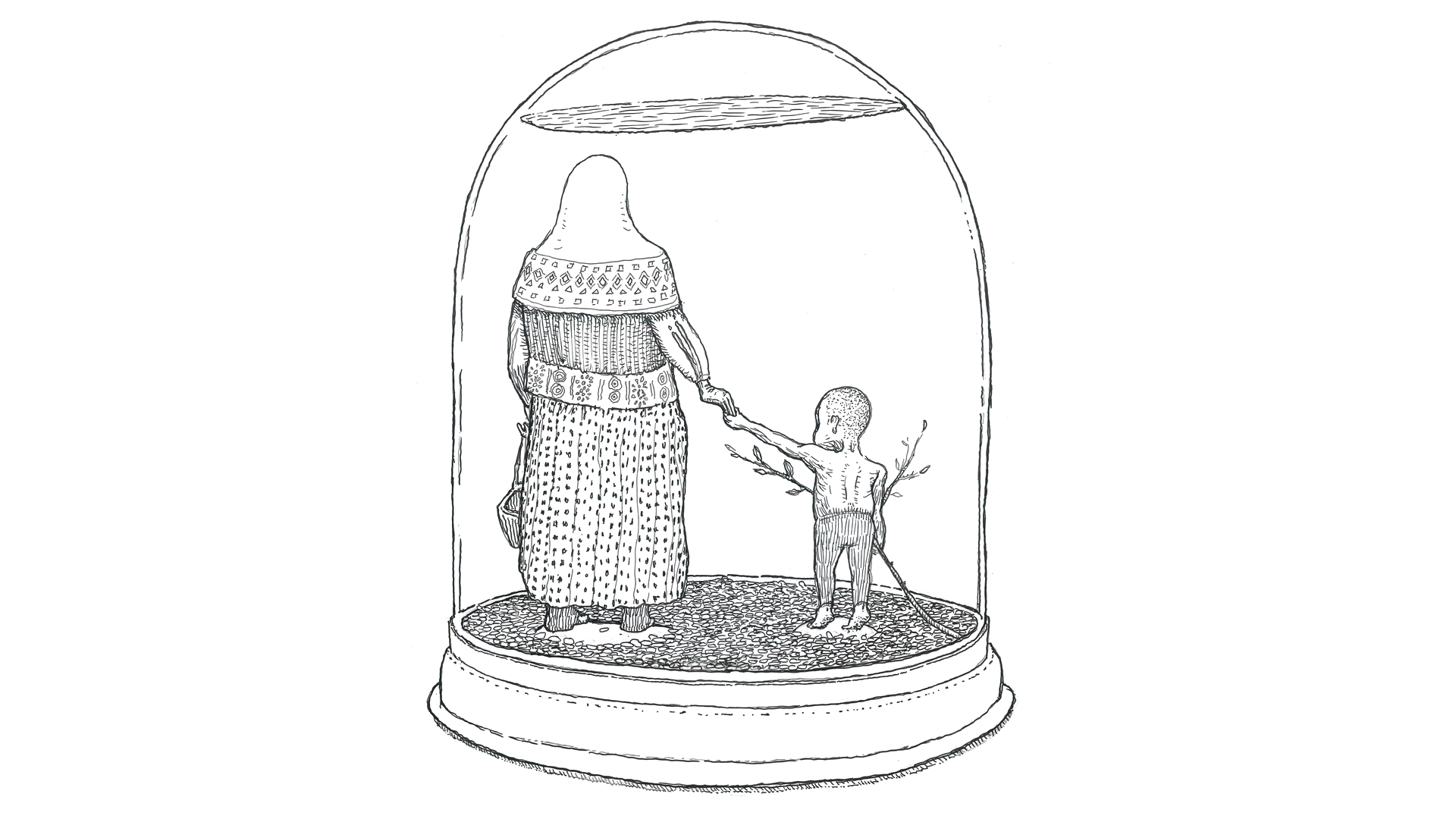 “Ninullë” (Lullaby) is not merely a song. It is instead a soulful dish whose scent brings those smiling eyes from your childhood, the shadow whom you want to run to and give an earthly warm hug. Whose warm breath you still feel close. Whose hands you ache to hold. I know that dish pretty well. We all used to have it on our daily menu until pathetic people found it pathetic.

“Marinari i vogël (ft. Joss Stone)” (Little Sailor) is the soundtrack of a larger-than-life Polaroid tale meant as a ballad but not that murky. Notes swim toward a not-so-sunny history but not a gloomy one either. Voices dramatic but not that pitchy. Echoes long but sweet. Shpat knows that putting too much vanilla in personal stories through lyrics can give life to a diabetic album.

“Ditë e re” (A New Day) presents you with the epilogue you didn’t expect, setting the story in its final destination before the curtains fall with a biting jalapeño kiss in an early Damien Rice kind of sunrise.

And “Kalimthi” (Passingly) starts with that cinematic sequel when you raise your head above the water and fill your lungs with the fresh air of the night that’s fading into a bright pale paradise. You’re fucking alive! You look at the sea, but you see none there. Rumi has disappeared amid sepia waves that still echo the ghostly string section and a few neon jellyfish amplify your happy heartbeats. The plotting sunrise is winking at you! You wink back and let the sea carry you away to some other lonesome shores so you can give birth to other sounds that will fly to new hearts.

You can listen to this album at https://www.shpatdeda.com and on Shpat’s channel on YouTube.

P.S. HATS OFF! to all members of the production team