Pawel Pawlikowski: I can’t make documentaries now because the world is so ‘mediatized’ - Kosovo 2.0
One-on-one | Film

Pawel Pawlikowski: I can’t make documentaries now because the world is so ‘mediatized’

Pawel Pawlikowski is no stranger to the Balkans region.

Back in the ’90s, he was well known for his documentaries, including “Serbian Epics,” filmed in the hills above Sarajevo in 1992. The polish filmmaker, who has lived and worked in the UK for most of his life, spent time with Radovan Karadžić, who is now a convicted war criminal, following elements of his everyday life during the war in Bosnia and Herzegovina.

The director followed Karadžić on the front lines, while he looked down on Sarajevo from the hilltops, and filmed him playing the gusle — a traditional single stringed musical instrument — speaking about his politics and visiting his mother in Montenegro. In another scene, he filmed a visit by Russian poet Eduard Limonov as he spoke with soldiers on the front line and then shot a machine gun toward the city.

Pawlikowski’s other famous documentaries from that period are “Dostoevsky’s Travels,” a tragi-comic road film about Fyodor Dostoevsky grandson, and “Tripping with Zhirinovsky,” a boat journey down the Volga with Russian politician Vladimir Zhirinovsky; the latter was filmed in 1994-5 as Zhirinovsky mobilized new members in his political party, announced his goals and aims for the upcoming elections and talked of his geopolitical preferences

However, the filmmaker says he is no longer making documentaries. As the holder of Oscar nominations, multiple BAFTAs, a Palm d’Or and a host of other awards for his films including “My Summer of Love,” “Ida” and “Cold War,” he has a certain amount of discretion to choose.

Pawlikowski has been back in Sarajevo this week at the 25th edition of the Sarajevo Film Festival — one of the most prominent film festivals in Europe — where he was awarded the Honorary Heart of Sarajevo. 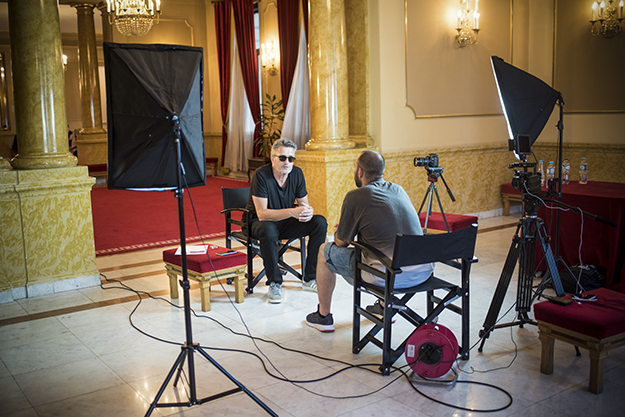 During the brief 10 minute time slot allocated by the festival’s press office, K2.0 spoke to him about writing scripts, finding inspiration and the documentary films he no longer makes.

Would you say that some of your stories are not finished yet, that they are just an embryo?

Yes, definitely. A lot of them.

Can you tell us about these stories?

One is about two guys on a boat on the Thames estuary and about a girl soldier. You know, a love story. Also, I wrote a piece about a young boy, Johann Sebastian Bach. It was quite interesting, but I didn’t really see it happening.

Suddenly it has to grow into more: several characters and a grand landscape, but it is totally intuitive.

Even the ideas for “Cold War” or “Ida,” which I’d already had for a long time in some form, I put them aside and then did the other stuff, but these stories were [still] live.

If you write something and you put it aside and later, after let’s say six months, it is still interesting, then you return to it and keep going. Even the ideas for “Cold War” or “Ida,” which I’d already had for a long time in some form, I put them aside and then did the other stuff, but these stories were [still] live.

Of course, very often something happens that brings an idea to life.

Yeah. I kind of cracked on to do “Cold War,” in certain ways, after “Ida,” because those stories go synthetically well, crossing all the t’s and dotting all the i’s. So, yes, it is all in permanent flux, but there are some really basic stories that come back to you over and over again. 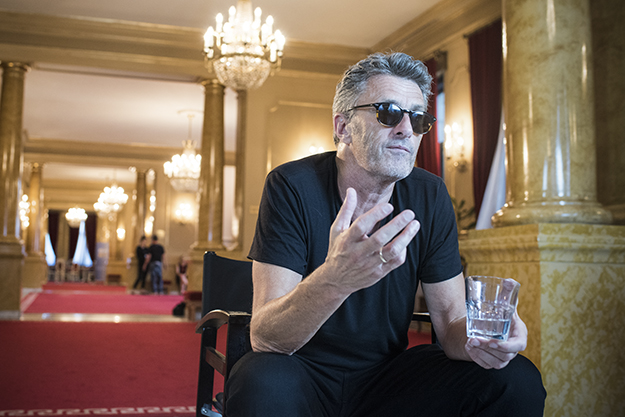 When you were developing the script for “Cold War,” what did you intend to show?

No, it’s not about intention, it’s just like: Where does this story take me? And the love was always there at the start because it’s sort of about parents and their bizarre love story.

But then I realized that it’s not enough to have just a love story, it has to be love for the interesting elements, you know. In “Cold War” suddenly the idea of music and musical ensemble gave me a real extra dimension to the thing when I decided that they should meet through the folk ensemble. So, that was something that puts it all in a different context.

Then, when I thought through this Stalinist period and exile and suddenly, it’s love but challenged by life in a totalitarian state — we just have a need to inform people sometimes. And the challenge of exile, that changed our characters, put them in a different context so people could understand references. It suddenly became very rich.

Two characters were great, and I added the third character, a music principal, and [then] you get another thing — you kind of despair because it still doesn’t work. You step away and then you come back to it and try again. Taking breaks is a good thing.

Let’s shift attention to “Serbian Epics.” When you look upon that period are you satisfied with not recording it for the next two or three years?

I wasn’t filming a movie about Karadžić. He was just part of this tableau picture.

Would you say, in that context, the film with Radovan Karadžić was a prolegomenon to your film about Zhirinovsky? Can you even compare two of them as characters?

Zhirinovsky was operating in times of peace, in a very huge country without civil war, so he could’ve said any crazy stuff, it didn’t mean [anything] really — it was about votes.

Whereas here, everything had consequences because it is a very different context in the Balkans. I wasn’t filming a movie about Karadžić. He was just part of this tableau picture. I spent very little time with him effectively.

How did you get that footage?

I shot them. I was talking to the press office and I was telling them that I was interested in Serbian oral epic poetry, which is true. They were surprised that somebody was not interested in shooting the war and showing them in a bad light but also interested in culture.

Keeping that in mind, would you say that nowadays fiction and drama are as valuable as truth?

For me, at the time, I was really into documentaries. I loved doing it and the world was different. It was my golden era. I definitely saw other documentaries, but I was really touching on something new but kind of shaping it and making it come from a certain angle.

I don’t know. I could not make documentaries now because the world is so mediatized and digitalized. 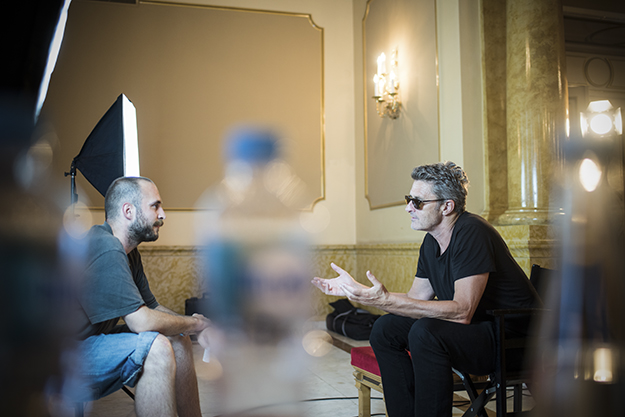 Nowadays it’s difficult, you cannot hope to find people who are not aware of their image. And also, everything is being filmed all the time, in every possible media.

I was doing documentaries, a real person, somewhere interesting, not digitized, with a 16mm camera. I was getting filmed gold dust.

What I was doing was documentaries, a real person, somewhere interesting, not digitized, with a 16mm camera. I was getting filmed gold dust.

In another interview you said that you can’t count on people to recognize irony on television. Why do you think so?

Nowadays, generally, television is not a medium for taking in the image, it’s more a medium for having things explained and spelled out. It’s a bit more neutral.

Plus it’s a political arena, like in Poland — the government took over the state television and it’s hammering away one version of reality, whereas you come to the cinema, big screen to watch the picture.K