Since 2002, Kosovar citizens have been able to apply to the Ministry of Health for public money to spend on healthcare in private hospitals, either in Kosovo or abroad. The perfunctorily titled Program for Medical Treatment Outside of the Public Health Service was introduced due to a lack of capacity to perform complex surgery in Kosovo’s damaged and underfunded post-war public health system.

However, in recent years, the program has been utilized more than ever. Its allocated budget from the state has tripled since 2012, as its popularity and cost seemingly provide a worrying indictment of the current state of Kosovo’s public health service.

The Ministry of Health though, stand by their program. “The fund is a result of public pressure by the citizens of Kosovo,” Faik Hoti, head of public communications at the ministry, told K2.0. “If a case of leukemia or another disease resulted badly [in death], the government and the Ministry of Health would be accused of letting people die due to a lack of financial aid.” 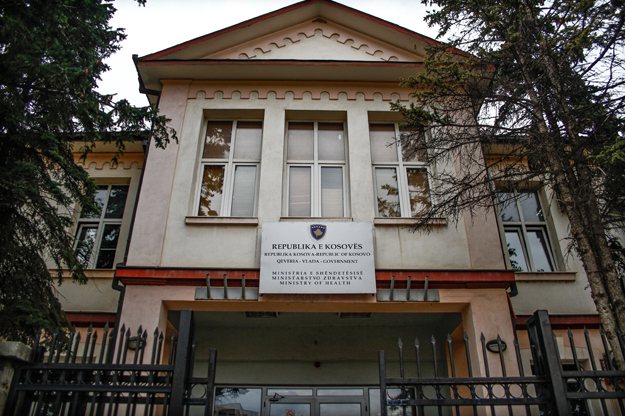 Kosovo’s government is increasingly funding private health care for its citizens, through a scheme which has its critics. Photo: Fikret Ahmeti / K2.0.

Hoti feels the government has responded to those concerns by extending the program’s budget. “Often people are only looking at the materialistic implications, saying that 4, 5 or 6 million euros are spent, but the health of the citizens cannot be measured in millions,” he stated.

Hoti also defended the increased budget by pointing out where the money is spent. “The vast majority of the money still remains in Kosovo’s private sector, and does not go abroad as it used to before,” he explained, though he also admitted that there are some particular diseases for which Kosovars can still only find a cure abroad. K2.0 repeatedly requested the exact figures for how many Kosovars have used the fund to receive treatment abroad, but the Ministry of Health did not provide any data.

To apply for financial aid from the program, each patient initially has to receive a recommendation from the Consular Commission, a body composed of three doctors from QKUK. The body must agree that the patient requires medical treatment outside of the public health service.

Applications are then made to the Medical Evaluation Commission, an executive board appointed by the Ministry of Health. If successful, the applicant receives 50 to 70 per cent of the costs of any treatment received outside of a public health institution. Full coverage of these costs is available to children under 18, and persons left disabled as a result of the 1999 war. These groups are also prioritized for funding.

The whole procedure can take weeks, sometimes even months, before the patient receives an answer from the Ministry of Health.

Critics argue that this flow of money into private hospitals is hindering the development of Kosovo’s public health system. Saranda Ramaj is a journalist for Koha Ditore who has extensively covered healthcare in Kosovo and is a fierce critic of the program. She feels it has helped give priority to private hospitals and neglected the development of the public sector. “Every government since the war has failed to prioritize the development of the public health system,” she told K2.0. “That’s why, over the years, the private sector has benefited from a lot of public money.”

It is a view echoed by Blerim Syla, head of the Health Trade Union Federation in Kosovo. “The promise was that a program will run up until the public sector is strengthened,” Syla told K2.0. “Meaning that there was supposed to be investment in the public sector. But the contrary happened — the public sector was degraded and all the money went to the private sector.”

Ramaj also criticizes the way the program has functioned, especially the Ministry of Health’s decision to allow citizens to choose the hospitals in which they receive treatment. “The Ministry of Health should not leave that decision in the hands of the patients,” she argued. “People choose the most prestigious hospitals in the region or in [western] Europe, which reduces the chances of more people being treated within the budget.” In 2015, 829 applicants for financial support did not receive a positive response from the ministry.

A lack of investment? A government priority?

In the 2015-2018 governing program, creating ‘a modern healthcare system’ was named as one of the top five priorities of the Kosovo government, but the program to fund treatment outside of the public healthcare system is not mentioned in the health priorities.

In general, the health sector has continually been described as ‘a priority’ by every Kosovar government since the end of the war in 1999. However the rhetoric is often not reflected in the usage of public money.

The budget allocated to the health system for 2016 is 170 million euros, 11 percent of the total budget for Kosovo which stands at around 1.6 billion euros. 120 million euros is designated for secondary and tertiary healthcare, regional hospitals and Kosovo’s largest hospital, the Kosovo University Clinical Center (QKUK) in Prishtina. Fifty million then goes to the municipalities to provide more basic, primary healthcare.

Prioritization of the health budget has been questioned, especially in comparison with funding given over to large scale infrastructure projects. It is estimated that 800 million euros of public money were spent on the construction of the so-called ‘patriotic highway’ that links Kosovo with Albania; although the details of the contract have never been made public. Another major infrastructure project is already underway, with the planned construction of a highway that links Kosovo with Macedonia. The project will again be funded with public money and is expected to cost up to 600 million euros.

"How can you work with only three ultrasounds? How can we provide a service?"

Whilst Kosovo is becoming better connected to its neighbors, its public hospitals are coming under ever greater demand. Prishtina’s only public hospital is QKUK where, Hoti reveals, over 1 million visits were registered last year. But the Ministry of Health offers the hospital’s oncology department as an example that the public health system is receiving investment and building capabilities rather than creaking under the strain.

The department has undergone a ‘revolution,’ according to the ministry. “We had suffered from an extreme lack of staff as we had only one oncologist,” Hoti told K2.0. “Now we have a new team of staff with 12 or 13 oncologists.” Hoti also revealed that no application has been made to the ministry this year for the purchase of cancer related medicines, as the supply is now stable.

Ramaj acknowledges that the management of the oncology department has done good work, but expressed astonishment at the claim that no one had applied for financial assistance for cancer related medicines. “From October 2015 up until now, patients suffering from cancer were not receiving ‘Glivec’ [a cancer cell killing medicine] for free, and a package costs around 2,000 euros,” she explained.

Syla, who works in the gynecology department at QKUK, depicted the hardships felt by his department due to a lack of investment: “In the clinic where I work, there are around 60 gynecologists but only three ultrasounds. We have nearly 250 to 300 overnight patients and another 300 visiting daily,” Syla explained, his voice filled with dissatisfaction. “How can you work with only three ultrasounds? How can we provide a service?”

An expensive and growing trend

In 2012, the budget for the program was 2 million euros, a figure that rose significantly the next year to 3 million. However, it was in 2014 that the program ballooned in cost, with 5.5 million euros allocated to it. Despite this huge increase, the Ministry of Health applied for further funding during the year due to high demand. Eight million euros were eventually spent on the scheme in 2014.

In 2015, 1,030 patients benefited from the program at a cost of over 7.8 million euros, another overspend on an allocated budget of 6 million. The number of applicants in 2016 had already increased by late July. According to data provided to K2.0 by the Ministry of Health, 1,108 applicants were granted financial support between January 1 and July 21, at an estimated cost of over 3.3 million euros.

Losing faith in the health system

The influx of applicants for financial aid indicates to Ramaj more than just an increased need for medical treatment outside of public health institutions. “The citizens of Kosovo have lost trust in their public health system, and a lot of work is required by health professionals to regain it,” she stated. According to the World Bank, Kosovars have spent over 80 million euros in hospitals in the Balkans and further afield in Europe in recent years.

Ramaj believes that controversies such as the ‘Stent Affair,’ in which doctors at public hospitals referred patients to private hospitals to undergo heart surgery, allegedly for their own personal financial gain, will only exacerbate this problem. The court case surrounding the ‘Stent Affair’ has seen over 60 people indicted, including the former Minister of Health Ferid Agani, and is still ongoing.

Hoti shares these concerns about a loss of trust in Kosovo’s public health system, highlighting the “hyperbolization of affairs” in the press as one of the major causes. He feels coverage of Kosovo’s health system focuses on the negative and neglects its successes.

“To give birth, or for diseases that can easily be treated in Kosovo, Kosovars go to Skopje,” Hoti complains, not hiding his discontent. “Last year there were around 27,000 births at the University Clinic Center of Kosovo and I do not understand why our sisters and mothers go to neighboring countries to give birth.”

What future for Kosovo healthcare?

According to Hoti, the ministry will continue to subsidize the program for medical treatment outside of the public health service next year, allocating a similar budget to this year — around 6 million euros. He does not see the program coming to an end in the current circumstances.

However, a major factor that is likely to have a big impact on all healthcare issues in Kosovo is the newly created health insurance system. Due to start functioning from next year, it is designed to stabilize the financial state of the Ministry of Health and improve public health services. “As soon as we start with the health insurance system the number of demands for treatment outside of the public sector will decrease,” Hoti suggested.

Syla argues that though the health insurance system is necessary, he envisions only a small improvement in the overall situation as the current health system lacks the capacity to cope with increased demands and patients will still insist on finding treatment in the private sector. 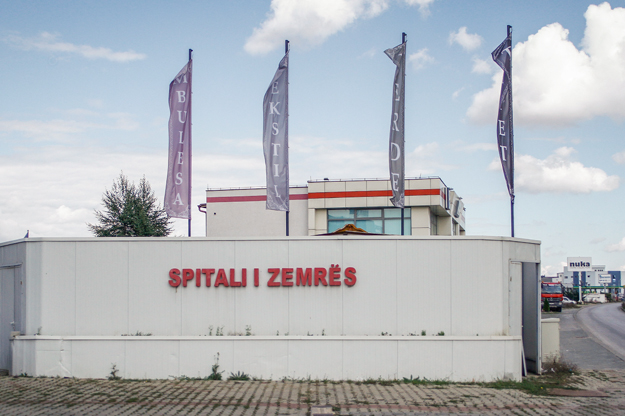 “I am afraid that Kosovo will become sui generis, that it will shut down the public sector and provide only private services,” said Syla, hinting that the country is already heading in that direction.

While the health insurance system is envisaged to start from next year, the long-term future of the program for treatment outside of the public health service remains unclear. There is no blueprint provided by the government on how or when the program will finish.

For Ramaj, the program needs to be altered but not shut down: “There are certain conditions, such as requiring a transplant [which is not legally regulated by Kosovo law] that will need to be treated abroad. However, the programme needs to be redesigned,” she insists.

In the short term it seems that Kosovars will continue to be financially assisted by the Ministry of Health for treatment outside of the public health system. An end to the program is contingent on desperately needed improvements to Kosovo’s public health sector; otherwise Kosovar citizens will continue to be forced to knock on the doors of private and foreign hospitals.K