Political surveillance: An instrument for corruption?

The Socialist Party database and our oppressed freedoms.

Enkelt* woke up late on a Friday. It was a usual sunny day, typical for the Mediterranean weather of Gjirokastër, the Southern Albanian town where he lives. He was going through his usual routine until he received a call from an unknown number. “Hi, we are calling from the Municipality — the mayor wants to meet you.” It was unexpected.

The next day he recalls receiving another call with the strong urge that the most senior officials from the local municipality were expecting to meet him. This time he decided to go to the appointment. There, he says he was offered an instant contract of employment — this only one day before the parliamentary elections of Sunday, April 25. The aim was to get his vote in return for employment.

“In the conversation, I was irritated,” he told me. “Not only because they unfairly requested my vote, but also because they knew so much about me, including my political affiliation and mobile number. I barely knew them at all.”

Nevertheless, how my friend Enkelt was called by members of the Socialist Party (PS) and how they received his contacts is not random. It is part of a well-targeted policy aimed at undecided voters in exchange for employment or political favors.

Enkelt’s is not an isolated case. A couple of weeks before election day, citizens of Tirana were shocked to discover that PS had compiled a database of almost 1 million citizens that included information about their ID numbers, mobile numbers, political preferences, additional information such as family problems, conflicts or employment records in the public administration.

In addition, it was discovered that every citizen had an assigned “patron” who was responsible for recording their personal details and monitoring their political affiliations in an attempt to convince them to vote for the Socialists. The data was enriched also from the database of censuses and public administration records.

Thirty years after the dissolution of the ill-famed “Sigurimi i Shtetit” (State Security), a totalitarian institution which held Albanians under surveillance for more than five decades with more than 22,000 spies and collaborators across Albania, an old concept has re-emerged in the political arena — surveillance. 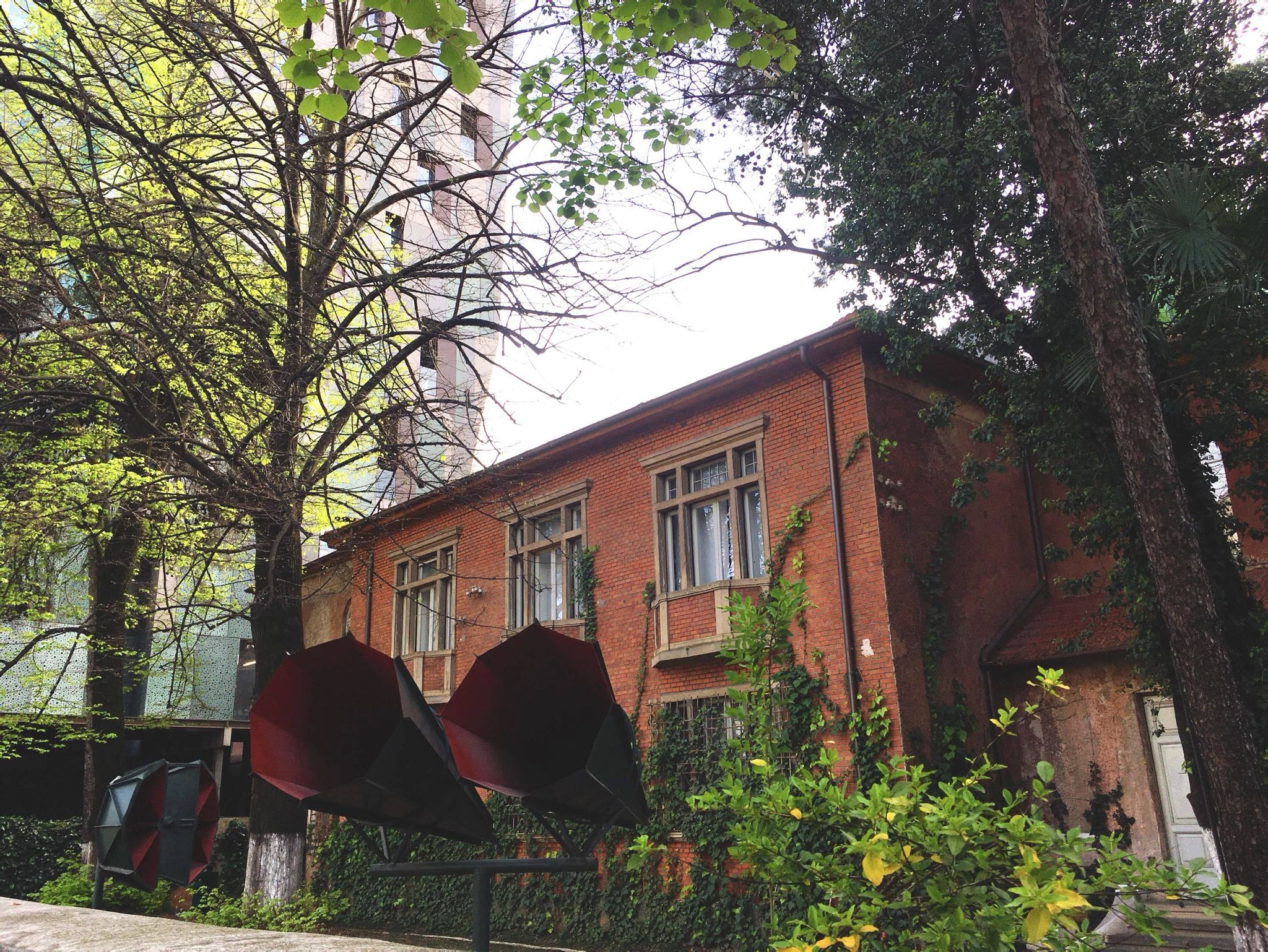 In the center of Tirana, the former State Security surveillance headquarters, dubbed the House of Leaves, has since been turned into a national museum. Photo: Sterjonel Dodi.

The definition of “surveillance” involves paying close and sustained attention to another person. It is distinct from a short observation such as “people-watching” because it is sustained over time. When the motive of surveillance is political, it raises even more questions as to whether it is value-neutral that may be used for good or ill, whether it is problematic and in what ways. More importantly, who is benefiting in this process and at what cost?

The main argument against surveillance is that it poses a threat to privacy. Most people value privacy — our right to have a private space for our thoughts, opinions and choices. We need to have a space away from the public sphere where we can define ourselves and build various relationships through a process of preferential self-disclosure.

This level of privacy allows us autonomy — the right and ability to govern ourselves. And it is autonomy that gives us personal freedom, without which we are more prone to scrutiny, pressure and asymmetric relationships.

The database is not only a threat to privacy and personal dignity, but also to democracy.

Given that Albania has a recorded problematic history of politically-affiliated persons using money, direct payment, political promises and political employment in exchange for votes it is likely that such databases may be misused to sway elections.

In April’s elections it happened.

The senior Gjirokastër officials did not contact Enkelt randomly — there are certain factors that make him vulnerable.

First, he is one of those undecided voters. Second, his mother is the only employed person in his family, with a below-minimum wage, and given the labor market of rural Albania, he has struggled to find a sustainable job in the past years. As the Socialist Party members told him: “Where else can you find a better opportunity?”

Like him, there were many people who were offered promises of jobs in public administration and favors. In a tight political context — in which current prime minister, Edi Rama, won the mayoral vote in the Municipality of Tirana by only 10 votes in the 2011 municipal elections — his party has understood that such a mechanism has the power to sway elections in their favor. As such, the database is not only a threat to privacy, our personal dignity and our right not to be pressured or intimidated for political ideology, but also for overall democracy.

In what ways is this surveillance inappropriate?

While top judges in Albania from the Special Anti-Corruption Structure are investigating whether the process is legal, there are reasons to believe that the database is not only illegal, but also hardly morally justified.

It breaks the tenets of free elections, individual liberty and personal privacy.

First, the means of achieving data crosses the personal boundaries of all citizens targeted because the data has been collected from censuses, public administration records and by assigned “patrons,” people who monitor the personal information of citizens and record them without permission. This harms not only the trust citizens have in “others” — as some of the patrons are neighbors, friends or co-workers — but also the trust citizens have in institutions.

Second, the data has been collected without the consent or awareness of the targeted people. Not only was the data stored without permission, it was also published in such a way that everyone could find sensitive information, including the number of the people targeted. The list includes top judges, government officials, military officers, which makes it a threat to national security.

Third, the use of the database is harmful to individuals, society and overall democracy. The main goal of the database is to gather information about citizens in an attempt to target them during elections such that they vote for the Socialist Party, which was the party in power prior to the elections. This gives an unfair advantage to one party, which already controls the majority of the mainstream media, the local and central levels of government, the judiciary, and now even the private lives of almost 1 million citizens (that we know of).

Enkelt tore off the contract given to him before the elections and preserved his own principles despite the mounting pressure.

Prime Minister Rama commented that the “Patronage” had done an “excellent job.”

For a political figure that has been accused of corruption, has shut down media and has shown the middle finger to constituents more than once, ethics does not seem an issue. He is even right as “Patronage” means “support given to an organization,” in this case the Socialist Party.

But in English “Patronage” also means “the power of a person to give someone an important job or position.” In the case of Rama’s PS, it is the second meaning that was never mentioned, but has recently been backed up by evidence.

At the end of our conversation, Enkelt told me that he tore up the contract given to him before the elections and that he did not vote for the Socialist Party. He preserved his own principles and values despite the mounting pressure.

Nevertheless, he cannot change the choice of the majority who seem to remain unbothered by Rama’s corruption, clientelism and authoritarianism. The opposition is weak after a third consecutive loss, with many critics requesting the resignation of the opposition leader and nobody else to replace him.

The media is under the control of the government with critics being shut down and forced to leave the country, and the online media is being scrutinized by a new law that restricts what the prime minister labels as “fake news” — usually news against him. All municipalities and central institutions are in the hands of Rama and his government.

With the young and well-educated leaving the country each year, one persistent question remains.

Who is going to stop him?

*The name Enkelt is a pseudonym to protect the identity of the person in question. The author contacted the Municipality of Gjirokastër for a response to the allegations, but it had not responded by the time of publication.