Questioning the Lord of the House - Kosovo 2.0
Lately | Film

Questioning the Lord of the House

In the small village of Pobergj near Decan, around five decades ago, Gjejrane, the family’s second daughter went through her daily routine for the last time. Still in her early adolescence, she set up the dinner table, dined with her family and helped her younger sisters with their homework. When the others went to bed and drifted off to sleep, she ran away from the house.

Years later, through the filming of the documentary “Lord of the House,” she returned to the home in which she grew up and confronted her relatives over the event that remained unspoken about for nearly 50 years. Her escape was rooted in her desire to complete higher education, a decision disapproved of by her male relatives. As Gjejrane narrates her story, her striking and robust personality keeps the viewer enthralled — after the film’s world premiere at DokuFest on Thursday (Aug. 10), she received a lengthy standing ovation from the audience as she took to the stage.

While Gjejrane is the focus of Danielle Bremer’s documentary (produced by Kosovar filmmaker Edon Rizvanolli), the film also explores other families’ stories, all of whom live by the ‘Kanun,’ a centuries old Albanian tradition based on male dominance, where the oldest male is the titular “Lord of the House.” Gjejrane’s longing for respect and appreciation for her choices is set against the backdrop of a transforming society, where the role of these old customs is changing, and people are finding their own position in a new reality.

The documentary opens with a wedding — the loud noise of car horns crashes against the sound of tupans as Albanian flags flutter in the background. In contrast with this joyous scene, that Gjejrane rejected for the sake of her independence, she is seen in her white doctor’s coat in an overcrowded hospital, tending to the hand of a young girl. A few moments later she is scrolling through social media and stops on a news piece about a case of gender based violence.

“Men… men that want to lead their families are killing their wives,” she comments. While this sentence alone is enough to get a glimpse at gender inequality in Kosovo, the documentary refuses to take a judgemental stance on Kosovar society. While Gjejrane and other people reflect on societal attitudes and gender roles, Bremer leaves perceptions and conclusions open to the audience, and puts herself in the role of an observer. 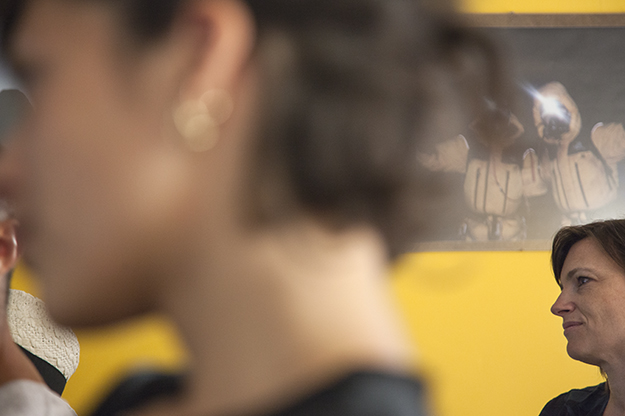 Dutch director Danielle Bremer believed her seven years living in Kosovo gave her a useful perspective, being both an insider and an outsider. Photo: Majlinda Hoxha / K2.0.

“If you look at things from an outsider’s perspective, then somehow you see them differently,” Bremer told K2.0. “Because we also have traditions in Holland, the same as here, but you don’t see them so clearly, or they are less interesting to you because you are part of it. So being an outsider and insider at the same time gives you a good position.”

During the whole documentary viewers find themselves in the middle of honest conversations and revelations, with some characters questioning the rooted traditions, and others accepting them.

“You went to school with many hardships because our household didn’t want the girls to go to school,” Gjejrane’s mother, Hate, tells her in a sharp tone. The conversation then turns to the subject of Gjerane’s older sister, Servete, who was married off at only 16 years of age. Asked whether she thought that was too young, Hate replies bluntly: “Who asked me? The men arranged these things.” The conversation reveals the harsh truth over fixed and specific roles in the house.

Despite Hate’s support for Gjerane’s decision to finish school, she still believes Servete made a better choice. Her reasoning is less rooted in tradition, but she points out that Servete will have ‘kids to look after her when she is old,’ alluding to the insecurity people fear when they don’t follow the given rules of a society. 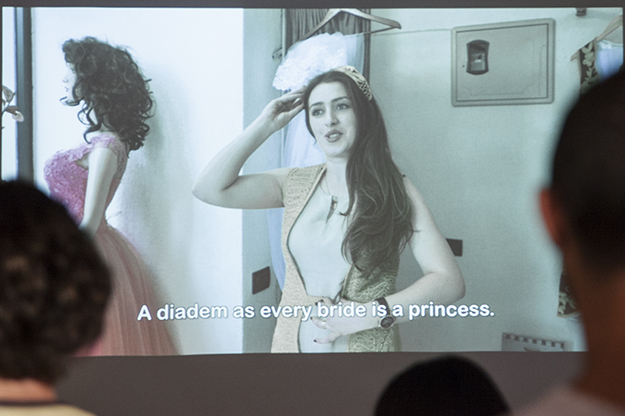 The film meets a number of people from across Kosovo, in villages and cities, all of whom live under the influence of traditions deriving from the Kanun. Photo: Still from “Lord of the House.”

The severely circumscribed women’s role is most famously depicted in the Albanian established code of social behaviour, the Kanun, in which women ultimately don’t have the right of choice. Instead, a woman is tied to choices that are made for her, first by her father, and later by her husband.

Different passages of the Kanun are read aloud by the documentary’s participants; girls at a dancing course, a young woman at a wedding dress shop, and a family. Bremer used this to help show the connections between their lives, being lived out in the shadows of traditions deriving, to some extent at least, from the code itself.

“First I was going through Edith Durham books and I wanted to do something with her writing, because I felt her writing is still present around me,” Bremer tells K2.0. “Although I realized it was long time ago, there are things that are still there. But then I thought it is kind of a detour and I thought the Kanun is more direct.”

Bremer also extends the conversation on challenging the old customs and conventions to a male perspective. While Gjejrane confronts her uncle about the family’s reluctance to contact her after she left the house, the old man reflects nostalgically about the past times when male authority remained almost unchallenged. “Now, everybody looks at their own business… Back then it was clear who runs the things: the lord of the house,” he says. 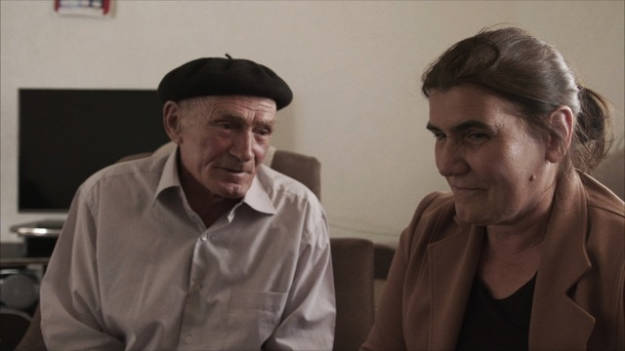 Whilst her uncle reveals that he has forgiven Gjejrane for leaving home, he also expresses his disappointment at the fast disappearing traditions. Photo: Still from “Lord of the House.”

In another scene, several men gathered around a table smoking and drinking tea, reflect on how the transformation of society has created confusion about the concept of the lord of the house. “There isn’t a lord of the house anymore.. Women took over,” one man says with a wry chuckle.

“At my home, it is still like before,” interjects another elderly man, refusing to downplay his role, before another tries to find a middle ground between his friends conflicting views. “Why worry about who is the lord of the house?,” he says. “Each of them should lead their own life.”

But the embodiment of the necessity to conform to older norms is best shown by the young girls portrayed in the movie; while girls in the dancing class state they want to attend higher education, they say that continuing the dancing course will depend on their husbands. In another scene, the young woman working in the bridal shop talks about her arranged engagement and her duty to obey to her future husband’s family.

Unlike the young women who suggest that women empowerment in Kosovo isn’t a fast process, Gjejrane setting herself free from family convictions paved the way for her younger sisters to exercise their right to education.

“She took the first step. She broke down the barriers between genders,” Gjejrane’s younger sister comments. Describing the changing face of their family’s reality, another woman in the family announces: “We don’t have a Lord of the House, we have a Lady of the House.”K