Ramush Haradinaj takes up the role of Prime Minister

Extraordinary session held after the constitution of the Haradinaj government.

Today (Sept. 10) an extraordinary session was held at 12:00. It was called by opposition parties Vetevendosje, the Democratic League of Kosovo (LDK) and Alternativa, to debate “the program principles of the Kosovo Government 2017-2021”. However, no deputy from the governing coalition made it to the Assembly.

The previous day, (Sept. 9) Ramush Haradinaj had been elected as the new Prime Minister of Kosovo, with 61 votes for and one abstention. His new cabinet were also selected in a parliamentary session which lasted around four hours.

“May we have prosperous work,” was the only sentence that Prime Minister Haradinaj delivered before representatives in the Assembly, namely the deputies of the PANA coalition (now made up of the Democratic Party of Kosovo – PDK, the Alliance for the Future of Kosovo – AAK, the Initiative for Kosovo – NISMA, and the New Kosovo Alliance  – AKR) as well as minority deputies.

Opposition deputies from Vetevendosje, the Democratic League of Kosovo (LDK) and Alternativa, together with newly independent deputy Korab Sejdiu, left the room when the cabinet was being voted for. 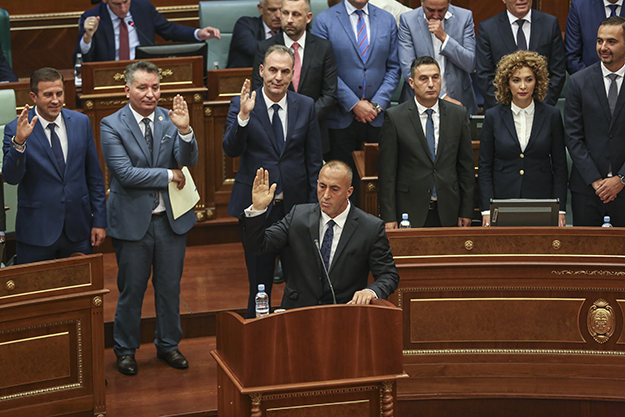 Ramush Haradinaj was elected as Prime Minister with 61 votes for and one abstention, in the absence of opposition deputies. Photo: Atdhe Mulla.

The new Kosovo government was formed after a two month long blockade in the Assembly constitution process, ever since the June 11 elections, in which the PAN coalition (at the time comprised of PDK, AAK and Nisma) came out as the winning political entity. This coalition was the only entity that could propose a candidate for the position of Assembly president. Without electing someone in this role, the Assembly could not be constituted, thus the executive could not be formed either.

PAN did not nominate a candidate up until last Thursday, as they lacked the numbers to elect Kadri Veseli, the PDK leader, as Assembly President. PAN secured these numbers after Behgjet Pacolli of AKR left the coalition which he was a part of with LDK and Alternativa and subsequently joined the PAN coalition on Sept. 4. 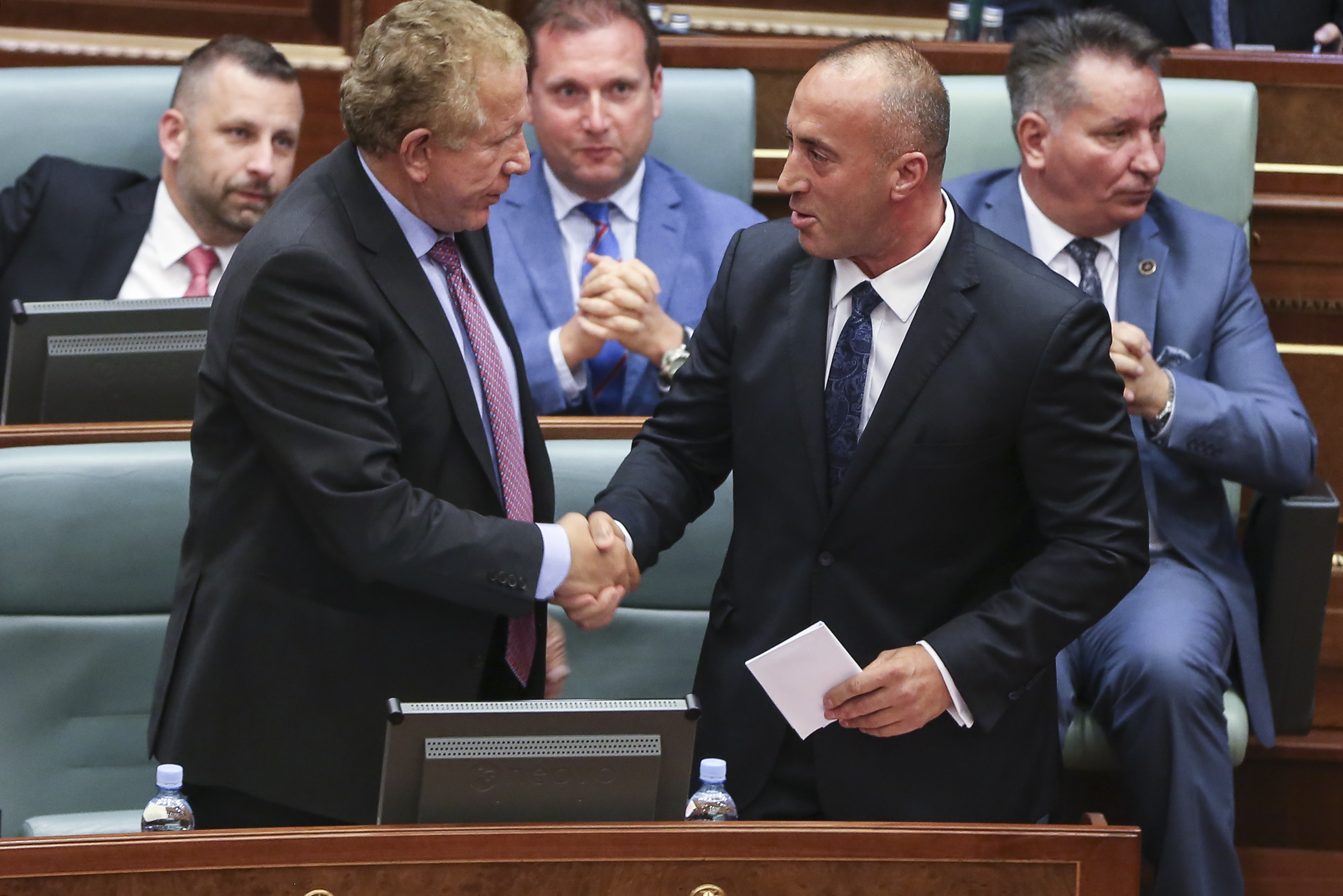 On Sept. 4, an agreement was reached between Pacolli’s AKR and PAN, which ensured that PAN would be able to elect the Assembly president, and thus paved the way for voting Haradinaj as Prime Minister. Photo: Atdhe Mulla / K2.0.

Comprised of 22 political parties, the new Haradinaj government cabinet will be the biggest that Kosovo has ever had. It will include five deputy prime ministers, 21 ministers (only two of which are women) and 50 deputy ministers. The deputy prime ministers are: Behgjet Pacolli (AKR), Enver Hoxhaj (PDK), Fatmir Limaj (Nisma), Dalibor Jevtic (Serb List) and Dardan Gashi.

Voting for the Haradinaj government was only made possible after a four hour wait for the return of Serb List deputies from Belgrade. The parliamentary group had held a meeting with Serbian *President Alexander Vucic prior to attending the Assembly session in Kosovo. 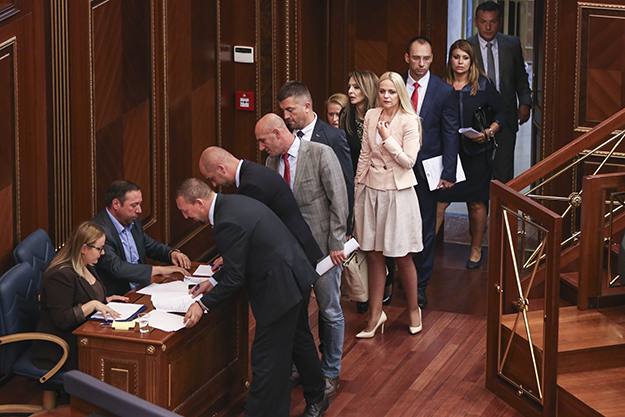 Serb List took part in the voting process after returning from a consulting session with the Serbian government in Belgrade. Photo: Atdhe Mulla / K2.0.

Haradinaj previously served as Prime Minister in the so-called ‘100 days’ period, in 2004-05, subsequently resigning after being called by the International Criminal Tribunal of former Yugoslavia (ICTY) to be tried for war crimes accusations which were submitted by Serbia. On April 3, 2008, he was acquitted of all accusations. In 2010, after an appeal from the prosecution, he returned to Hague for a partial retrial, and on Nov. 29, 2012, he was acquitted once again from all accusations.K

*Editor’s note: A correction has been made to this article, which initially stated that Aleksandar Vucic is prime minister of Serbia.  He is the president.