Two day Prishtina event on perspectives from the ground.

Vice president of the European Parliament, Ulrike Lunacek opened the event at Prishtina’s Sirius Hotel on Nov. 23 with a speech in which she argued that the most pressing issues are the implementation of laws that are already in place, and strengthening the existing government frameworks intended for minorities.

“I will … underline the obligation of governments from all over the Western Balkans toward the Roma community,” said Lunacek via video message. “They need to do deal with the Roma community in a very systematic way, to really tackle discrimination [which happens] in a very systematic way, and to improve the situation not only legally but also in practice.”

Lunacek said that particularly concerning is the accessibility of Roma to personal documents, health care, education and housing, stressing the need for special attention towards Roma women. The latter was a common thread during the opening of the summit, with participants pointing out that it is women who are most vulnerable to discrimination, prejudice, intolerance and social exclusion.

Stefano Gnocchi, adviser for community affairs in the Office of the EU Special Representative in Kosovo, described the suffering of Roma woman, as double or triple discrimination: “The gender is extremely important, because certain women who might be double or triple discriminated within our communities. Firstly because they belong to the Roma community, secondly because they are woman, and possibly they might be discriminated against because of other reasons such as disabilities.”

Issues concerning different aspects of Roma society and their difficulties and opportunities were divided into several topics, in a program spanning two days. Panelists discussed Roma integration activities both past and upcoming in the Western Balkans, and challenges faced at the local level.

Sebastijan Serifovic, a human rights activist in Kosovo, said in an emotional speech that we do not need strategies but to respect the existing legal framework. “The strategies are being created only to justify something,” he said. “There is a law in Kosovo for minority employment of 10 percent in the public and private sectors, and all we need is the respect of this law and no more strategies.” Serifovic also addressed the issue of education, saying that it is not true that Roma people do not want education, but the problem lies with generating employment. 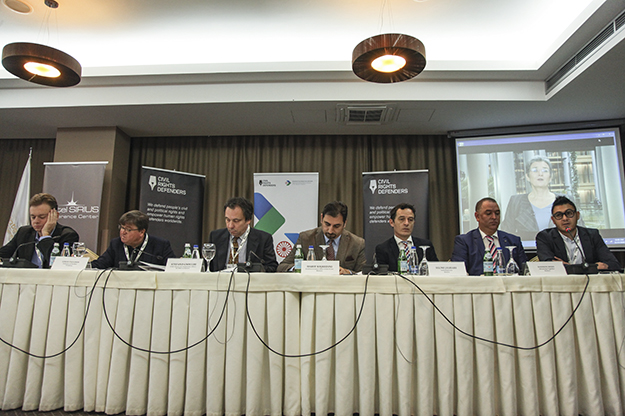 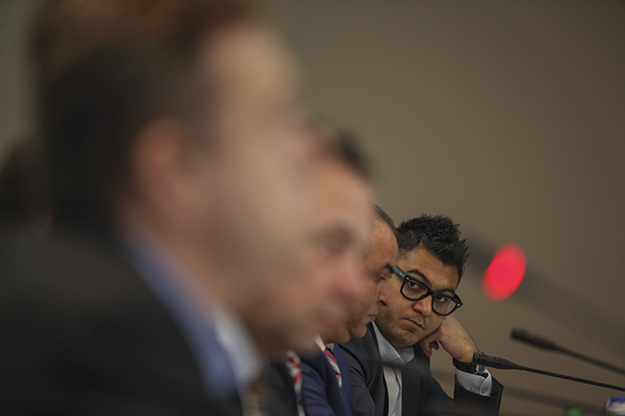 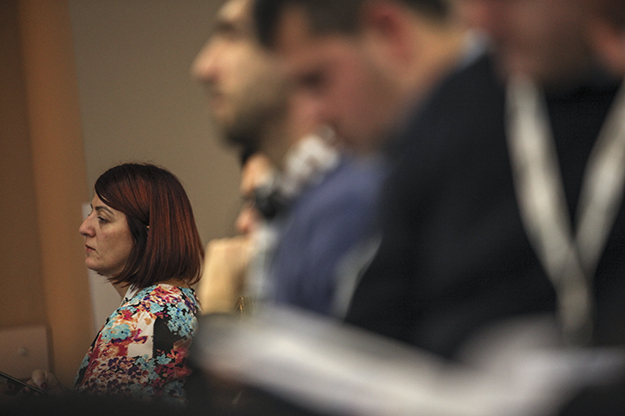 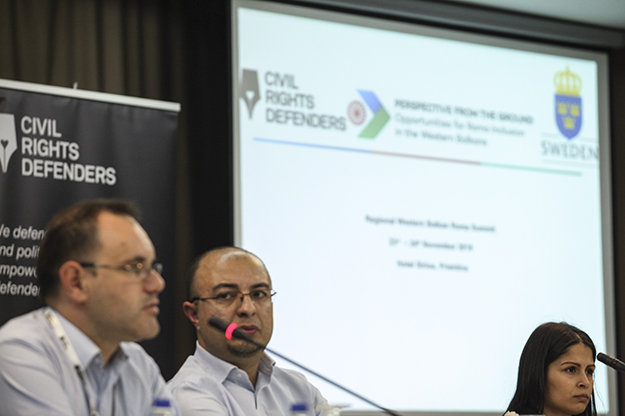 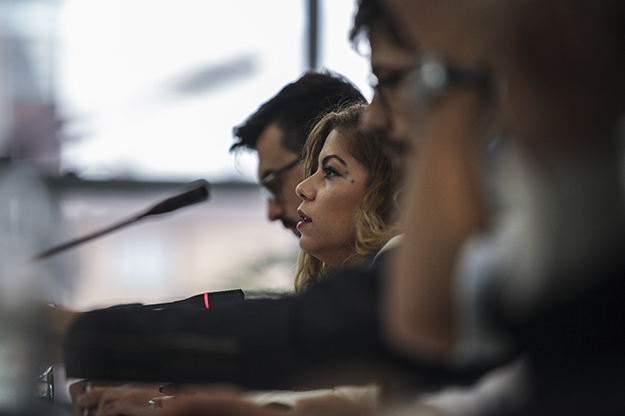 How the media report when writing about Roma issues was another topic discussed, with some panelists considering the example of Kosovo’s public television, RTK, providing regulated time for minorities as one that should be taken as a role model by other countries.

Tanja Jovanovic, a student journalist from Belgrade and a Roma activist highlighted that in Serbia, hate speech is regularly excused as freedom of expression and gave some examples of how civil society organizations have reacted in an attempt to counter it.

“In Serbia, hate speech is very much present, especially in online media and not only by journalists but by readers and internet users who have the possibility to comment on articles,” said Jovanovic. “In Serbia civil society organizations have a big role, and one of those examples was when [an NGO] reacted to a pretty influential media [that] had a headline where the nationality was pointed out, where the perpetrator of a criminal act was Roma.”

That particular article generated many hate comments, said Jovanovic. Although the civil society organization in question, Regional Center for Minorities, complained to the Press Council — a self-regulatory body that monitors the ethical code — Jovanovic said that the media organization failed to respond, and the article and comments remained.

Other issues discussed at the summit were the manner in which activism is organized, the means and actions needed to advance agendas concerning Roma rights, the inclusion of the younger generation as agents of change, and identifying the main obstacles when it comes to reporting human rights violations and the importance of documenting these cases.

Mimoza Gavrani, a project manager at Christian humanitarian, development and advocacy organization World Vision, said that one of the recommendations arising from the summit was the need for civil rights organizations to be ready to face the emerging challenges.

“One of the aims of this summit is to discuss the problems that human rights defenders from the Roma community face in their work,” said Vasilika Laci, a Civil Rights Defenders program officer. “It was discussed also about the need to create regional advocacy campaigns, to find the common issues to advance for improving the life of the Roma society.”

Laci believes that emerging young Roma activists and leaders are often suffocated by the old leadership who she says have lost sight of their true goal and have lost touch with the genuine issues facing people in reality. “There is an obstacle for the youth to find more space to be more active in Roma affairs,” she said. “Often they fight to find more space but they are not allowed. The conclusion in this aspect was to work more closely with the community, to know the real issues, and there are people within the Roma community that have different needs.”

Civil Rights Defenders’ legal director, John Stauffer, said that he felt the summit had been a success. “We have gathered a large number of activist from all [around the] Balkans, but also from Romania, Slovenia, Sweden and other countries,” he said. “Participants have been sharing their experiences and good practices on how to promote the rights of Roma, and also a lot of discussions about how to work strategically, individually as organizations and jointly.”

This year’s bonus event was a musical night in Roma language by Plemetina musicians Jimmy Mustafa Band, who through their lyrics try to empower the community in fighting discrimination and promoting equality.K