In 2010, during work on the Perućac hydroelectric dam, investigators found the remains of Jasmina Ahmetspahić at the bottom of the lake. In 1992, Jasmina had killed herself jumping from a window on the second floor of the Vilina Vlas rape camp in Višegrad.

Jasmina is one of the few victims from this place whose body has been found and identified.

According to UN estimates, about 200 female prisoners — including girls as young as 14 — were held in Vilina Vlas from May to the end of August 1992. They were repeatedly raped and tortured, and in most cases finally killed.

During these months, the master of war in Višegrad was Milan Lukić. He was the leader of the unit some called the Avengers, some the White Eagles. Lukić and his soldiers fought alongside the police and the army of what at that point was called the Serb Republic of Bosnia and Herzegovina. They were the masters of life and death in Višegrad that summer, and unstoppable in their killing spree.

In the summer of 2010, the Perućac lake — located between Višegrad in Bosnia and Bajina Bašta in Serbia — was emptied for the first time in decades, in order to repair the turbines of the dam. When the lake was drained, hundreds of human bones were revealed at the bottom. Investigators soon realized that Perućac is the largest mass grave in Europe.

The Bosnian Missing Persons Institute and other investigators had just a few weeks to search the site before the dam’s repairs were completed. Their search ended with the discovery of 396 human remains, mostly partial skeletons. After almost two years — in May 2012 — 174 bodies had been identified, the majority of them people from Višegrad, some from Srebrenica and Žepa, and some even from Kosovo.

Among the remains that were found were those of several women, including Jasmina. Investigators who were involved believe that some of the skeletons could belong to women who were killed in Vilina Vlas. But there is no way to prove that, no witnesses to remember them, and nobody can be certain.

Survivors from Višegrad remember Lukić and his helpers from 1992. They say that the unit used to drive around the town drunk and full of rage — killing and robbing people, abducting girls and women and taking them to the places where they were tortured and raped. The most notorious place, but not the only one in this town, was Vilina Vlas, the hotel and spa on the outskirts of the city. 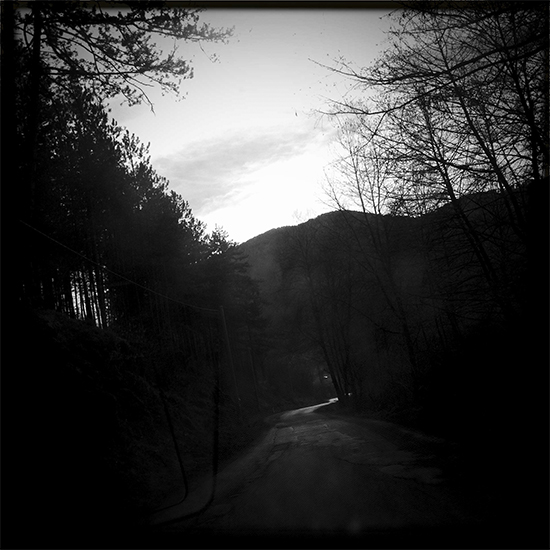 The ghosts of Vilina Vlas

The white building with the red roof is situated a bit further away from the center of the town, in the forest, by a spring. There is a small old hammam nearby, and an old wooden house on the river.

Vilina Vlas is a spa promoted as a place where “the direct and indirect effects of the water and air offer extraordinary conditions for all types of recreation and rehabilitation.” It is public property, under the administration of the government of Republika Srpska, one of the two entities in Bosnia.

During the COVID-19 pandemic, the government issued vouchers for Vilina Vlas, promoting “local tourism.” According to the management, during the summer an extraordinary 700 people used these vouchers. At the same time, one woman initiated an online petition asking Google to remove advertisements for Vilina Vlas, reminding all potential visitors about the place’s history. By October, over 26,000 people had signed this petition.

The first time I went to this place was years ago, in 2002 or 2003. It took quite a lot of effort to convince myself to enter the building, and even more to talk to workers inside the spa.

When I finally forced myself to do so, some of them told me they used to work there during the war, too.

“In 1992 we did not work for a couple of months, at the beginning of the war, but later we came back,” a cleaning lady told me. When I asked her if she knew what had happened during these few months, she replied, “I don’t know. It was a war.”

I still remember the first time I entered the place. I had a feeling that the cries of women were somehow still stuck to the walls, doors, windows, tables, tiles… I could almost see their nameless faces.

I could also see the faces of their killers and murderers. Dressed in uniforms, dirty; with boots, knives and guns. Drunk and loud.

Over the next few years, I would come to this place at least once a year. And every time I made myself go inside and talk to the people I met there. For me these visits were a way to remember all those women and girls, to pay respect, but also to condemn the killers and rapists.

The last time I was there was with my friend, writer Mona Eltahawy. We pretended she was a tourist, interested in staying in the spa. We asked the receptionist to show us rooms, and she gave us a small tour. On our way to the rooms, she told us that she had been working there since 1993.

We climbed the stairs, and both — even though we did not talk about it — were trying not to touch anything.

We walked over the same floor that was there in 1992. We passed by the same walls. We entered one room and the beds inside were old, and most probably used in 1992.

We did not talk. We were just watching, breathing heavily. 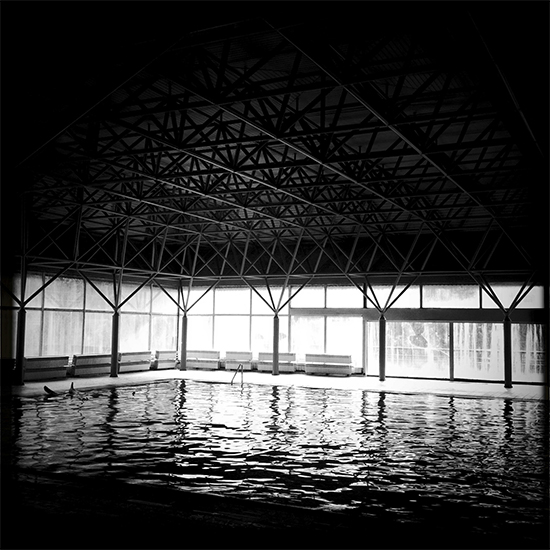 Then we went downstairs where the pool is. We saw some people swimming, some laughing on the side, some sitting by the water.

The water was the same color as the tiles — bright blue. But I could not think of anything else but one of the survivor’s stories about what she went through inside this place, which included gang rape and torture; the objects used for penetration; the burning of parts of her body.

And I could not say anything.

Finally, we went out. Without saying a word to each other, we hugged and cried. It took us hours to be able to speak to each other on our way back to Sarajevo.

Later on Mona tweeted about our visit, describing Vilina Vlas as “the most evil place I have ever seen.”

However, after so many years, few efforts have been made to tell the story of Vilina Vlas in full. Some of the perpetrators, including Milan Lukić, have been arrested and prosecuted, but only due to the efforts made by survivors of war rape in Bosnia.

Women like Bakira Hasečić, who leads an association of survivors of wartime rape in Bosnia, would not give up, and — together with members of other associations from Višegrad — she tracked down some of the perpetrators and led the campaign to arrest them.

Lukić was finally found hiding in a faraway country, put on trial at the International Criminal Tribunal for the former Yugoslavia. He was sentenced to life but never prosecuted for what he did in Vilina Vlas.

As long as we use the term 'victims' these women will have to bear a stigma, and will be seen as weak.

After the trial ended, Amnesty International issued a statement saying that the “victims” of rape from Višegrad deserve justice. Some of them were called as witnesses during the trial, and what they said is part of the final judgment describing what was happening in Višegrad at the time. However, the prosecution could not find enough evidence and witnesses to confirm these allegations.

In most cases the women (and some men) who came out alive after such experiences are still called “victims” rather than “survivors.” Their struggles to remember are seen rather as the consequences of trauma, than as a battle to preserve a memory and in doing so offer a warning for future generations. It should not be like that. As long as we use the term “victims” these women will have to bear a stigma, and will be seen as weak. Once we use the term “survivors,” the perspective could change for everybody.

The investigators in the Hague who were involved in the trial of Milan Lukić, investigated the rape allegations too, concluding that survivors are too traumatized to be able to testify about what did happen.

Associations of survivors of war rape have asked that this place should at least be marked and renamed for Jasmina, as one of the few women who was held here whose name is known. But nothing has been done.

So far, we know that five women survived and have spoken about Vilina Vlas. I met with two of them — Aldijana* and her daughter.

“Then they started cutting my body. Everywhere. I still have the scars.”

The mother was invited by the Court of Bosnia and Herzegovina to be a witness against one of the perpetrators of crimes in Vilina Vlas. I was with her in the courtroom on that day. In the end, she could hardly speak from the witness stand, and the court concluded she could not be considered a reliable witness.

Aldijana explained that she did not know how long she was in Vilina Vlas for. “Maybe a few weeks, maybe days, maybe even one month,” she told me when we met.

“They tied me to the bed. Food was thrown to me, and I ate from the floor, like a dog,” she said as we sat in her small room in Sarajevo.

“They used to come all the time. I didn’t know if it was day or night. At some point, I stopped counting how many men came. Then they started cutting my body. Everywhere. I still have the scars. There were other women in the room but we didn’t even dare to look at each other.”

Vilina Vlas was not the only rape camp that existed in Bosnia during almost four years of war. Usually, the camps were formed and controlled by local warlords who used female bodies to show their power.

Some entire towns, like Višegrad or Foča, were turned into rape centers. Women were raped in their homes, in restaurants, in hotels, schools… anywhere. However, not even one place where mass rapes were committed is marked today. Bakira Hasečić tried to put a plaque on the outside wall of Vilina Vlas, with no success.

The names of the girls and women who were killed in Vilina Vlas will likely never be known. Officially, they are considered missing, along with 7,500 others. Probably, in the majority of cases, not even a trace of them will be found. Like they never existed. But they did. 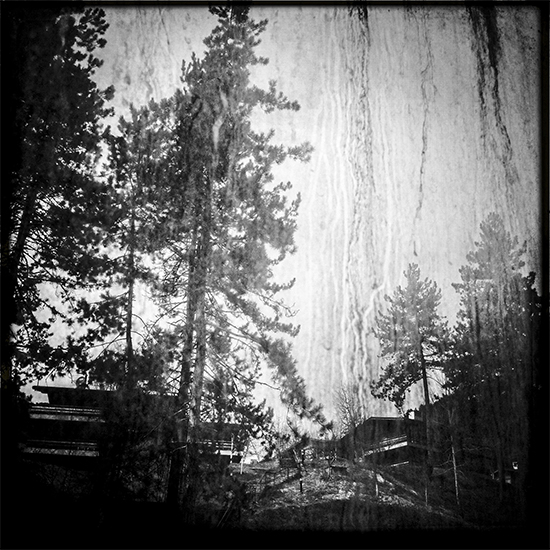 In Vilina Vlas today somebody laughs, enjoys a spa treatment, sleeps in the same room where Aldijana was raped, or the one where Jasmina jumped from the window.

The least our society can do is not let them be forgotten, and to insist that Vilina Vlas — like all the other rape camps — is remembered as a place of horrors that should never happen again. At the same time, the search for the missing — as well as the truth behind what happened to them — should continue.

And most importantly, we should fight for a world in which people cannot just disappear and be forgotten.K

* Editor’s note: Aldijana’s name is a pseudonym used in order to protect the identity of survivors.