K2.0’s latest discussion focused on those who expose wrongdoing.

To mark last week’s World Press Freedom Day, on Wednesday, May 3, K2.0 held a discussion at Dit’ e Nat’ in Prishtina titled “Could you be a whistleblower?”

To find out the answer to this question we invited Shkelqim Hysenaj, chairman of the Board of the Association of Journalists of Kosovo to moderate a discussion with panelists Florent Spahija, legal advisor at anti-corruption NGO Kosovo Democratic Institute (KDI); Arben Hajrullahu, professor at the University of Prishtina’s Department of Political Science; Edmond Dunga, advisor of the European Union and Council of Europe Project against Economic Crime in Kosovo; and Ivana Jeremic, deputy editor-in-chief at the Center for Investigative Reporting, Serbia.

A number of citizens also joined the discussion, sharing their ideas and questions with the panelists.

“In Kosovo, according to the Law, informants are all citizens or employees. This leads us to believe that the Law speaks only in principle and does not specify anything further.”

“KDI has dealt with whistleblowers cases and what we’ve learned is how difficult it is to give legal advice to whistleblowers because the law isn’t specific,” Spahija said.

He said that the most basic deficiencies of the law include the lack of a specific ‘whistleblower’ status and the lack of clarity around the necessary steps that need to be taken by institutions in cases in which they are faced with whistleblowers. “Here [in Kosovo] — according to the Law — informants are all citizens or employees,” he said. “This leads us to believe that the Law speaks only in principle and does not specify anything further. This Law protects the anonymity of whistleblowers, but the deficiencies are still noticeable in cases in which the identity of the informant is revealed.” 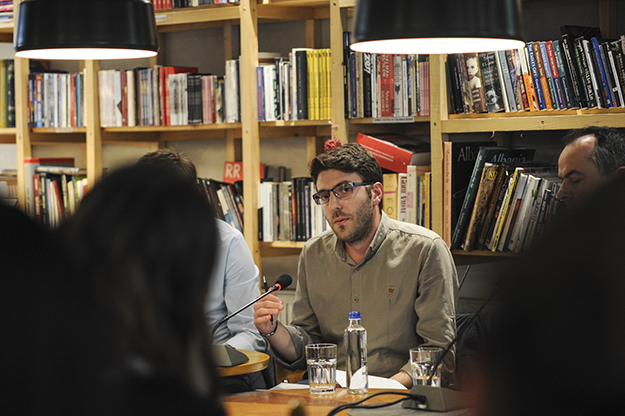 Another challenge is the fact that the Law does not foresee set time periods, and unlike in other countries, whose laws foresee three tiers of whistleblowing, in Kosovo only the first level exists – that of informing internally. In many other countries laws foresee this first level of informing within the institution in which it is claimed that a violation has taken place, as well as a second level of informing to an external agency in cases where the institution has not taken any steps regarding the violation. Ultimately, if both levels have failed to take measures, laws in other countries foresee a third level of public whistleblowing through the media.

According to Spahija, this remains a challenge for Kosovar legislature, and for this reason different good governance and anti-corruption NGOs such as Levizja FOL, KDI and COHU have offered their support to reform the Law, so as to make it more specific and to create clear definitions of what whistleblowers are, who they are, how they are protected and what steps must be taken.

University professor Arben Hajrullahu also explained his experience within the University of Prishtina. A few months ago, Hajrullahu had informed about a case where a student that had supposedly finished three years of university had graduated within one week of starting. He highlighted that speaking out about what you feel is a violation is seen as breaking the rules in Kosovo. According to Hajrallahu, not revealing violations is like a rule in public institutions. 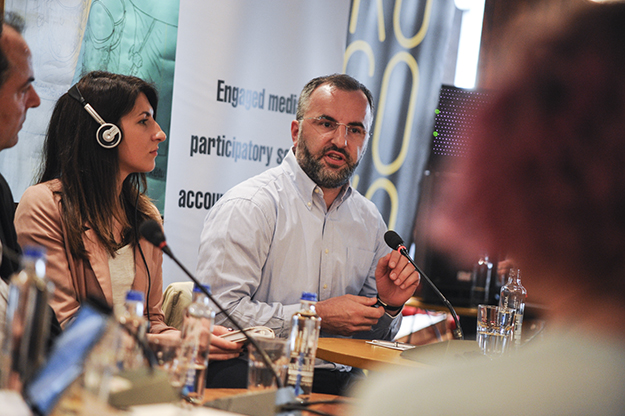 Arben Hajrullahu said that he does not consider himself a whistleblower, but as a professor fulfilling his professional obligations to speak out when he sees wrongdoing. Photo: Atdhe Mulla / K2.0.

He said that this has come about as a result of a chronic lack of accountability from officials of those institutions. But Hajrullahu insisted that this has not come as a result of not having the necessary legislature, but rather it comes from the absence of mechanisms for implementing laws.

Ultimately, he rejected the status of being a whistleblower, saying that what he did remains a professional responsibility that ‘obliges’ him to speak out about whatever violations he witnesses.

“If you see a violation, you must report it,” Hajrallahu said. “But what is most important is not to prejudge the case. You must not make a mistake in the initial steps. First you must report the case to those responsible for handling it within the institution, then you must follow up on it, be informed and take the necessary measures.”

Jeremic, explained a few whistleblower cases in Serbia. She highlighted that legal structures in Serbia regarding the protection of whistleblowers are theoretically well set out. The law specifies the steps that must be taken by an institution. Jeremic also said that in Serbia there have been over 200 cases in which whistleblowers have spoken out about different violations. 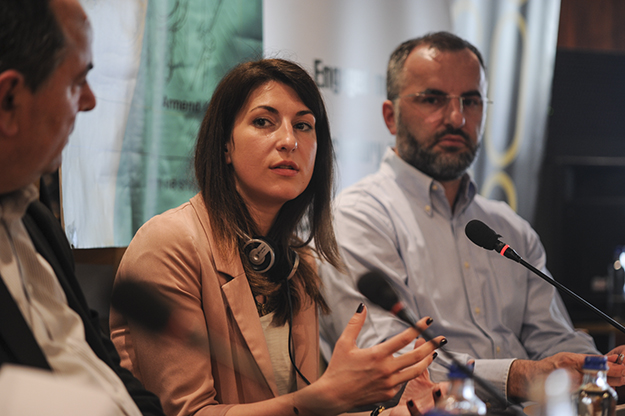 But she also says that justice institutions — despite the clear legislation that is in force — have failed to protect whistleblowers. As a result of this, although there are many cases in which whistleblowers have informed about violations, punishments or investigations against perpetrators have not produced satisfactory results.

The final panelist, Dunga, advises state institutions on the regulation of laws regarding the position of whistleblowers. Dunga shared his experience and impressions regarding the way this has been regulated in other countries in the region.

According to Dunga, looking at the legal regulation in Serbia and Kosovo there are clear differences between the two countries. And this is not only in regard to the legal structure and its implementation. He highlighted that in Serbia the law is well set out. It has satisfactory clarifications and action plans, something that cannot be said for Kosovo’s law. “The law in Kosovo is a simplified model of concepts and legal provisions that in fact do not offer protection to whistleblowers,” Dunga said. 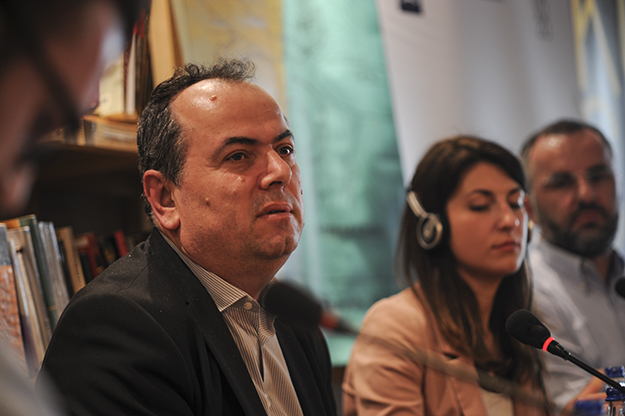 Edmond Dunga said that Kosovo needs to strengthen its legal framework when it comes to whistleblowers and to consider voices from civil society when doing so. Photo: Atdhe Mulla / K2.0.

He spoke further about his experience of drafting the law for whistleblowers in Serbia, saying that the Council of Europe supported institutions with advice regarding this law. This has resulted in a concrete, implementable, clear law that offers protection to whistleblowers. According to Dunga, a new last must be drafted in Kosovo in order to provide more protection to whistleblowers and state institutions must accept the involvement of civil society and consider external critique when drafting the new law.

In Kosovo, it was highlighted that central institutions have dealt with a low number of whistleblowers that have denounced violations internally. However, there are cases in which violations have been reported to the Anti-Corruption Agency, the Kosovo Police, Kosovo Customs, but even these actions have not been supported by the Law on Informants.K

Veterans’ sorrow is profound, but so is their [...]