Selma Selman: I believe art is powerful enough to have an impact on people’s lives - Kosovo 2.0
One-on-one | Arts

Selma Selman: I believe art is powerful enough to have an impact on people’s lives

An artist dividing her life between Bosnia and Herzegovina and the United States discusses the importance of education.

Selma Selman is a Bosnian-Herzegovinian artist with an international career. Living and working between Bihać and New York, she slowly brings into existence the artistic expression of a new generation.

Selma is likened by some critics to world renowned performance artist Marina Abramović, who she looks up to as her biggest role model.

A formally trained painter with a Master’s of Art in art video from Syracuse University, Selma held a number of performances recently.

Through her works, she challenges the issues of patriarchy and capitalism as well as the influence of the former on society. A very prominent feature of her oeuvre — as she often points out — is her relationship with her mother, through whom the artist articulates how she experiences the patriarchal system.

She expresses the struggle against capitalism by deconstructing symbols; hence, in one of her performances, a Mercedes car as a symbol of capitalist society is being pulled apart.

The 29-year-old was born in the very heart of Bihać’s Roma mahala (neighborhood), a “white kid” in a family considered “black.” During her childhood, she was perceived as the most beautiful child in the neighborhood because of her green eyes and fair complexion.

Throughout her entire education, she has been “different” and this unpleasant experience taught her to respect and accept herself rather early on. However, in spite of her self-acceptance, she was growing up in two different, but essentially very identical worlds.

For the past few years, she has been leading “Marš u školu!” (“March to School!”), a project helping Roma children in Bihać — primarily girls — pursue education. The initiative proves not only that activism and art are closely related, but also that making a change is indeed possible. 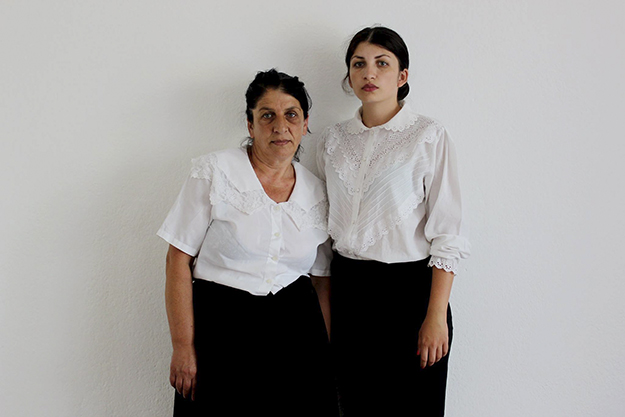 One of the works from Selma Selman’s “Do Not Be Like Me” series, where the artist challenges patriarchy by putting an emphasis on her mother and their relationship. Photo: Selma Selman’s private archive.

K2.0: An artist’s journey is long, precarious, filled with sacrifice, perseverance, and is never defined by its final outcome since that quest is a continuous one. If you take a look back at your beginnings until now — having become a distinguished artist with a very characteristic style of expression — would you please tell us how your evolution has in fact unfolded — from a girl in the mahala (neighborhood) to someone who moved to New York to work, live and create?

Selma Selman: In the mahala, I was called “white” but I came to be an ugly “black” girl in primary school. Roma children are faced with difficult situations at school and they have trouble making friends due to learned discrimination. I’m speaking from personal experience, because I never found school fun like it was supposed to be — at least to some extent for every child — besides learning.

People often don’t believe I’m Roma, so quite a few jokes have been cracked at my expense. I remember, going to the beach in Croatia, I’d be told to keep an eye on my bag because there were a lot of Gypsies around who’d mug me. Every time I revealed I was one of them, people would get embarrassed or they simply wouldn’t buy it.

These experiences gave me the idea to use art as a tool against the discrimination of marginalized populations, especially women and children.

Through my works of art, I aim to protect and empower women’s bodies as well as to adopt multidisciplinary artistic approaches to a collective emancipation of marginalized women. My pursuit of a functional, modern political resistance stems from my personal experience and the society I have lived and existed in.

It turns out that art is a new tool that enables the Roma community across Europe to  effectively fight for their place in society. What is your take on that?

In this day and age, art is very important because it helps us understand our world through a world of utopia and reality. Art needs to be available to everyone so it can have an impact on society, so it can spur us into thinking and breaking through ontological barriers.

Yes, there's a big chance for activism and art to be effective.

I believe art is powerful enough to have an impact on people’s lives. It is political, radical, direct social activist art that is important. Sadly, it’s hard to destroy or change any big problem — in this context, it can be discrimination, stereotyping, or mentality — but it isn’t impossible.

And I certainly believe discrimination can be destroyed, considering that my art did and still does bring about change in the perception of the Roma.

Art serves us as an “image,” a reflection, and a way of checking today’s society in our current system. The field of art and activism consists of individual groups of artists trying to solve problems the best they can with limited resources. Present-day activist projects were unimaginable 40 years ago.

So, yes, there’s a big chance for activism and art to be effective.

You are not a Roma artist. You are an artist. How important is it to make this distinction not only in art, but in all other areas as well?

When I think of myself, I usually break it down in layers: I’m an artist, I’m a human being too. I’m Selma Selman, Roma and Bosnian, and ultimately, I’m a part of wider reality.

My identity as a Roma is sometimes a topic I explore — while other times it’s an instrument I use when working on larger social issues. Despite all this, I always remain an artist, continually and superpositionally. 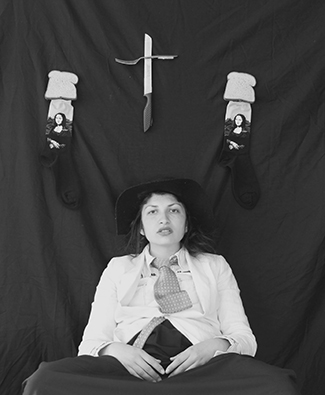 You have long since become a model for girls from your hometown, Bihać, and now you help them receive an education. So far, a lot has been done by your foundation “Marš u školu” (March to School). How do you plan to proceed with this initiative and in what other ways do you help girls make the breakthrough you achieved yourself years ago?

My initiative has managed to bring the regular primary school attendance rate for girls in Bihać up from 15% to 95%, saving those girls who were at risk of being forced into arranged marriage.

In the Roma community, child marriage was originally meant to be a defense against Ottoman predators in the 15th century. Over the course of the Ottoman Empire’s occupation of the Balkans, young Roma women were raped by Turkish soldiers, so the Roma started marrying their children away at an early age to protect girls from rape.

This form of protection is hardly protective because a woman once again becomes a victim of manipulation and an object with no right to defense. Later on, the child marriage custom was unjustly passed on from generation to generation as a Roma tradition, rather than a defensive strategy resulting from specific historical circumstances and contemporary impoverishment.

Even at a young age, us women are taught that we're inferior and that we should marry rich men.

Nowadays, one of the major issues pertaining to child marriage are the economic difficulties, coupled with the societal mentality maintaining that if a young woman marries, she and her family are going to be much better off in terms of finances.

Women’s rights are violated all over the entire world. All girls should be taught to fight for their rights as women from a very early age. Even at a young age, us women are taught that we’re inferior and that we should marry rich men.

My project “Marš u školu” fights against these stereotypes in particular. My wish for every girl who gets the scholarship is to learn how to defend herself from these stigmas. On top of that, education is the road to success that will aid them in becoming independent.

My plan for the near future is to provide all girls in Bihać with financial support — plus my mentorship — and keep track of their education until they’re on their own. I plan to inaugurate the opening of the foundation in Bosnia [and Herzegovina] and America [the United States] — this will take place very soon — and to keep raising funds for the project’s continuation.

The plan is also to set up IT workshops for girls, where they’ll be taught design and coding. In addition, one of our scholars is to enroll at university this year, which is a great success; I used to be the only Roma woman in Bihać with higher education. There you go, we’ve made progress! 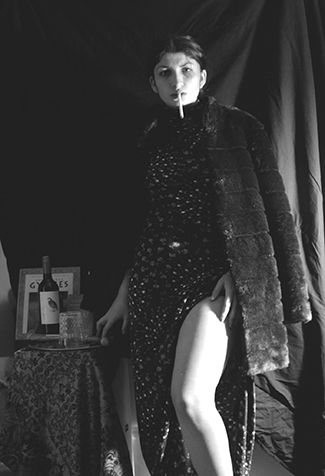 Moreover, we have a girl who has already gotten into art secondary school and wants to apply to the Art Academy in Banja Luka. We have ten more girls, all very good students, who will be finishing their primary school in two or three years.

This means that — starting from 2023 — we can expect a large number of girls in secondary schools and later on at universities.

There have been numerous plans for exhibitions across Europe, one of these being planned in Sarajevo. Unfortunately, all this is now on hold due to the pandemic. How does the isolation impact your creativity or has it perhaps made you more creative in some other ways? How are your colleagues affected by the crisis?

I’m always busy, so this pandemic hasn’t changed much in my life except for my travel plans. I’m still creative and I’ve always got a lot of work on my hands.

Currently, I’m working on a plan to find the best solutions to problems the European Roma have been facing for the past 100 years; it’s based on human knowledge and artificial intelligence (AI). I’m also developing the concept of superpositioned intersectionality — exploring how activism and art can be integrated with science and philosophy in order to shape new instruments of potential change and knowledge.K