In an early morning in May, Vjollca Robelli Mripa took her car and drove to a village nearby the city of Peja. The singer-songwriter knocked on the door of Mire Lajqi, one of the last remaining sworn virgins in the country. She showed her the demo of her latest song “Burrnesha” (“Sworn Virgin”), which features Robelli Mripa’s take on the transitions of a sworn virgin life, from younghood and celibacy to old age.

Robelli Mripa wanted to have an interview with a sworn virgin — a woman who, as per Albanian highland tradition can cross the lines of gender division by taking a vow of chastity, wearing male clothing and often adopting a man’s name — for a more extensive documentary project she has been working on.

After listening to the melancholic sounds of the first part of the song, Lajqi questioned why the music contains such a saddening tone. “Why does this sound like suffering? I’m not suffering,” she told Robelli Mripa.

“My music isn’t intended to portray you as weak,” Robelli Mripa replied. “My message is to present you as a woman that, when you didn’t have a voice, got up and said ‘I will decide my fate. I will decide how I’ll live.’” 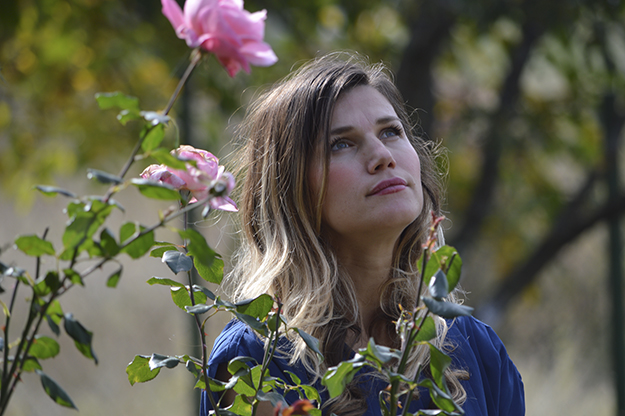 The song “Burrnesha” was presented in Robelli Mripa’s concert during the Prishtina feminist festival FemArt, last May, which marking the 35-year-old singer’s comeback to the Kosovar scene after 15 years. It was accompanied by a video documentary featuring sights and moments from different villages in Kosovo mixed with images of Lajqi, now in her old age, resembling a typical Albanian male highlander.

Robelli Mripa, who has been living in the UK for the past 12 years, brought her two collaborators Aram Zarikian and Danny Rico — both prominent musicians in the London music scene — in front of the Oda Theater audience and together they created an atmosphere of Albanian folk fused with jazz, electronic and world music sounds.

Alongside “Burrnesha,” Robelli Mripa also used the occasion to premiere her other new song, “Zare,” with both due to be part of her first album that she plans to release soon. Many of the Kosovar audience attending the concert will have also recognized her hit from the beginning of the new millennia “Ajo,” (“She”), a song that helped remind of Robelli Mripa’s transformation from a pop-rock singer to a musician carrying wider influences and genres from jazz to folk.

In the year 2000, as a 17-year-old, Robelli Mripa, along with a couple of friends, decided to leave their hometown of Kamenica in order to make a new life in the capital. For Robelli Mripa it meant trying her luck in Prishtina’s music scene.

Although she used to sing at school concerts as a child, she didn’t enroll in the music department at Prishtina’s Faculty of Arts. Instead, in 2001, she started working as a presenter at KTV.

But inspirations such as Kurt Cobain, Janis Joplin, Alanis Morissette and Nina Simone gave her a boost; she gained confidence in her voice after her initial appearances at Prishtina’s pubs in the popular Santea neighborhood, singing covers of songs by her favorite artists at a time when live music was booming in the city.

“I feel the music when I sing. I believe that is transmitted to the audience as well,” she says. “I used to cover Alanis a lot. She sings of life, how it can disappoint you, the twists that happen when you are expecting something else. I always found her voice very interesting — the way how it transmits the feeling. This is also why I prefer more melancholic songs because all of us have that melancholic side within us. And those songs emerge from real emotions.”

“Our traditions, our culture and its motives form the base of my music now.”

In a collaboration with the band Jericho in 2002, as part of a UNDP initiative to raise awareness of AIDS, she released her single “Ajo.” The song became an instant hit, topping music charts in Kosovo and Albania and seeing her appear on BBC Albanian’s Top of the Pops show.

A year later Robelli Mripa went to London to attend a one year vocal course. Her visa expired but after another six months back in Kosovo she was determined to start a new career in the UK. She left again, but a twist of fate postponed her comeback in music for 15 years; she fell in love, got married shortly after and family life together with three kids put her dream on hold, she says.

“I came to London for music. The project was in my head,” Robelli Mripa says. “But now when I look back I think it’s better it didn’t happen earlier. When I was younger I thought differently about the music and after this whole period I learnt so much more about music and being exposed to different bands here [in the UK] opened completely new perspectives for me.”

The rich music scene in London, offering a wide range of concerts and diverse artists, influenced Robelli Mripa to rethink her views on music. Inspired by the different cultural representations in what is known as world music, she began to explore Albanian music, traditions and heritage.

“Our traditions, our culture and its motives form the base of my music now,” Robelli Mripa says.

She revisited the likes of Tefta Tashko, the prominent Albanian singer that she used to listen to as a child together with her parents; Robelli Mripa’s song “Zare” is a whole new reinterpretation of Tashko’s original.

But it was the phenomenon of sworn virgins that had captivated Robelli Mripa and it tormented her until she finished writing the lyrics of “Burrnesha.”

Traditionally, in the remote patriarchal villages of the highlands, if the head of the household died without a male heir, one of the daughters of the house chose to become a man and take on the responsibility of being the patriarch. In other cases many women took the oath in order to escape an unwanted arranged marriage. But many also chose to become sworn virgins simply because it afforded them much more freedom — it is the latter that Robelli Mripa found striking.

“For instance, the woman I interviewed had five brothers and it is not that her family wanted to marry her off. She decided herself to live life as a man. At least she was left free to live the life she wanted,” Robelli Mripa says. “I cried while writing the lyrics. I think many women will feel the song, particularly in the parts where the patriarchy is more expressed, and women are very suppressed.”

The unusual practice of sworn virgins has intrigued foreigners for centuries. Early 19th century English poet, Lord Byron was fascinated by the concept, which is also the inspiration behind Canadian Nobel Prize winner Alice Munro’s short story, “The Albanian Virgin.” English traveler, Edith Durham is said to have benefited from this custom when she crossed the Albanian highlands at the turn of the 20th century. 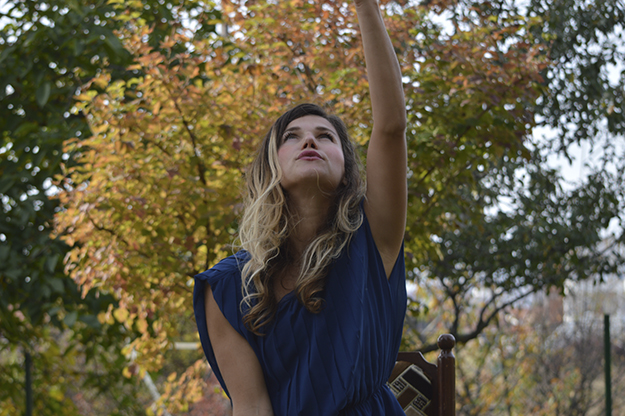 Robelli Mripa spent many nights reading Durham and Alice Young, who wrote the book “Women Who Become Men: Albanian Sworn Virgins.” Aware that sworn virgins have the power to produce a great narrative for any enthusiastic listener she combined the lyrics and her voice in order to create the “Burrnesha” song.

One day last year, she got a call from Zarikian and Rico. Coincidentally Robelli Mripa had seen them performing just a few weeks earlier at London’s Royal Albert Hall. Having received a demo of “Burrnesha” from Robelli Mripa’s friend, they told her that they liked her music and wanted to collaborate with her. “Aram and Danny are so excited about the whole project,” Robelli Mripa says. “They find it very authentic and powerful.”

Months later the three of them performed for the Prishtina audience. Although “Burrnesha” and “Zare” still haven’t been released for the general public, FemArt’s invitation returned her to the stage earlier than she thought. “I still wasn’t ready to perform in front of the public,” she says. “But it was a good chance to see where we were and come to test ourselves.”

After years away from her original passion, it’s clear that Robelli Mripa’s love of music is stronger than ever and it is this that she hopes to bring to audiences in the future. “I think music is a bridge between different cultures and languages,” she says. “It transmits joy, anger or confusion and one can feel it when hearing the song.”K

This publication has been produced with the assistance of the European Union, as part of a project implemented by Kosovo 2.0 and supported by the Kosovar Gender Studies Centre and Dora Dores. The contents of this publication are the sole responsibility of Kosovo 2.0 and can in no way be taken to reflect the views of the European Union, Kosovar Gender Studies Center and Dora Dores.