Standing up for Roma rights

Gazmen Salijevic remembers being an unusual child. He would spend a lot of his free time reading history books. The experiences of the Roma community throughout different times in history, and particularly the Roma holocaust during WWII, were top of his reading list.

While his father worked as a miner at Mitrovica’s Trepca mine in the ’80s, his mother would take charge in guiding Gazmen and his siblings in education. Although he was a hardworking student, he would become perplexed as to why he constantly received grades that were lower than the rest of his classmates.

At his elementary school in Gracanica, among the Serb majority population, he would notice that he was being treated differently, despite his knowledge and good preparation. As he understood that his skin and ethnicity were the reasons behind it, he decided to raise his voice and become engaged in human rights activism. 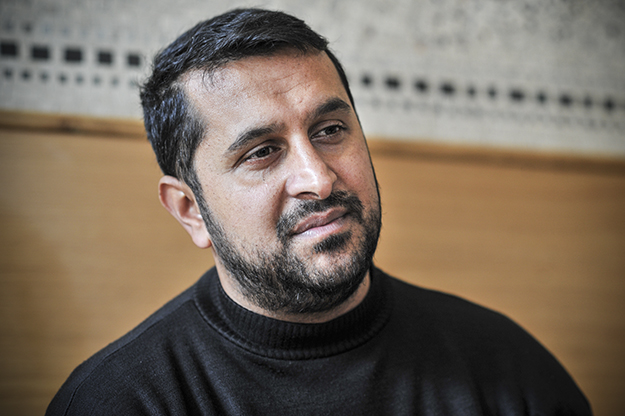 “I was discovering stuff, asking questions, which wasn’t typical for the Roma kids,” he says. “I was a fighter and this way of raising questions, asking about issues, helped me to understand. Asking questions and looking for reasons is very important in life.”

He says that people are all too often reluctant to question and challenge positions that others determine or assign to them.

“Usually today when people are being discriminated against, tortured, pushed down by others, people don’t ask questions,” he says. “This is psychological. If you beat or push somebody, he or she won’t have the internal power to fight.”

Salijevic went to study public relations at the University of Nis in Serbia. After his studies at the beginning of the new millenia, he got involved in humanitarian activities and helping out Roma in vulnerable positions.

"In the Balkans, communities have a fight mentality. People fight for land, for cities, for provinces. But the Roma never [do].”

Roma people were targeted by both sides during the Kosovo war, but the persecution also continued after 1999, as they were perceived by Kosovar Albanians to have been supporters of the Milosevic regime.

Prior to the 1999 war, an estimated 150,000 persons belonging to the Roma, Ashkali and Egyptian communities lived in Kosovo. Today, around 34,000 are believed to remain. Many Roma emigrated from Kosovo to Western Europe in the 1980s and 1990s for economic reasons, while a significant number fled in the aftermath of the 1999 conflict.

For Salijevic, persecution of Roma after the war still remains a taboo for Kosovar society. But he argues that non Roma people need to try to understand Roma by understanding their culture. 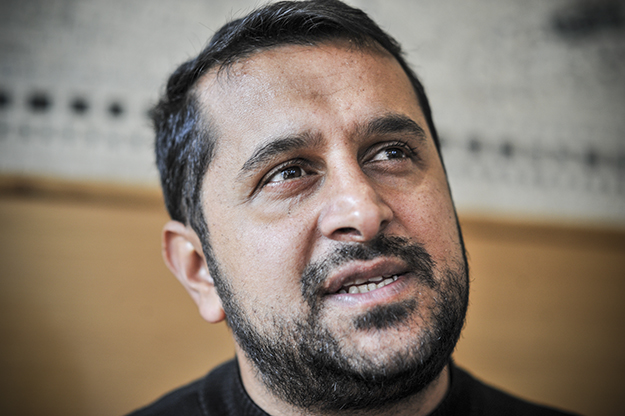 “There’s one thing you need to understand about the Roma community — the Roma never fought. We are not fighters,” he says. “That we didn’t want to go against a system, and you will see how the Roma never ever went against the state. Albanians should understand Roma, that it became part of [who we are] to not stand up against the brutality of the state, against the discrimination. In the Balkans, communities have a fight mentality. People fight for land, for cities, for provinces. But the Roma never [do].”

What’s known as the Tito era in former Yugoslav states marked the revival of the Yugoslav Roma at the beginning of the 1970s, as Tito’s “brotherhood and unity” ideology gave them official recognition. Roma culture and folklore came to the surface, having an important effect across the Balkans, particularly in music and cinematography.

"You better come to discover the community before you judge, before you point fingers.”

“Roma in former Yugoslavia had a kind of position because Tito’s administration in communist Yugoslavia to some extent wanted to protect minorities, and there were Roma involved in the public institutions,” Salijevic says. “Then in the ’90s when the wars started, Roma were never against the system of the country.”

Salijevic says that the late prominent actor Bekim Fehmiu is an example of understanding Roma.

“The Roma community is very thankful to Bekim Femiu and how he portrayed Roma in the movies. I think the movies were showing the life of Roma and many say that Bekim was acting like a real Roma. I read the story that he lived with Roma in order to understand the mentality,” he says.

“So you better come to discover the community before you judge, before you point fingers.”

But he says that recent years have seen Roma and non Roma changing their attitudes and being more vocal about their rights. According to him, the economic stability in Yugoslavia before its breakup overshadowed the initiatives for challenging the system.

“So when you have food at home, you have a job, you don’t pay too much attention to civil rights, or to freedom rights, freedom of talking and expression because you have a job, you can go to the seaside, you can buy stuff for the family. We didn’t have human rights, but we had economic rights,” he says. “Today I see many young Roma and Albanians who stand up and talk and it was not [like that] in the ’80s.” 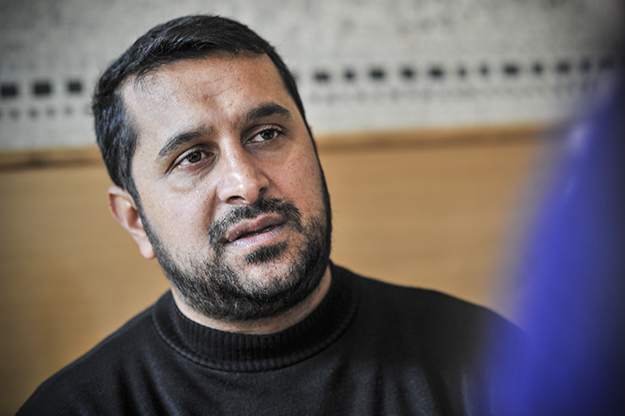 Salijevic himself got involved in activism over a decade ago. In 2008, he began working for the European Center for Minority Issues (ECMI). When in 2016, the organization, together with six other organizations, initiated the Equal Rights for All Coalition (ERAC), which advocates for the promotion and protection of rights of marginalized groups, Salijevic joined 17 paralegals operating in 14 municipalities and rural areas.

As a paralegal, Salijevic operates at the grassroots level by identifying various cases of discrimination amongst his community in Gracanica.

Usually, after identifying a violation, Salijevic gives assistance and advice to the victims of human rights violations. For instance, after having documented cases of discrimination at school or in the healthcare system, he will inform the victims of their rights and direct them to the authorities that should deal with their case. He can also direct people who have had difficulties in registering their documents to the paralegals’ legal partners. To date, he has identified and overseen around 10 cases in Gracanica.

“If you are discriminated against once, it is difficult to describe that feeling. You feel powerless, you feel kind of disabled. This is what pushed me to stand up for their rights and to talk for their rights because people are afraid to stand against the state. But they need to understand that the state is not about giving rights, but protecting rights,” he says. “I am trying to change the concept of not standing up for your rights with these activities, because we understand that if we are not standing up, not raising questions, issues will remain in the same situation.”

"You might have a Majlinda Kelmendi inside of the Roma community.”

Despite the increased number of activists that call for action to improve the situation, Salijevic says that discrimination against Roma is far from over. He believes that institutional efforts to integrate minorities are limited to doing so within segregated areas in which minorities live, and that this has contributed to the prejudices between minority communities and the Kosovar Albanian majority.

“I didn’t know any word in Albanian until after the war and I also had prejudices, but today thanks to my work in Prishtina I travel here every day and have a lot of friends,” he says. “The only way to make the best of this situation is to give the rights that are in the Constitution of Kosovo to the people. If the law says that 10 percent of civil servants need to be from minority communities, we should do this.”

According to Salijevic, the Roma community needs to be given more space in order to change habits such as school dropouts, slow progress in schools and to have better prospects in general. Salijevic says that when he won a Yugoslav-wide history competition while at school, it came as a result of him fighting for the space, something that would be very hard for those Roma who aren’t able to stick up for themselves.

“Usually, back in those days, they told you that Roma don’t want to be educated. This is not true,” he says.

“When I say this is not true, I say we needed more space. I don’t want to steal your space, or take some other’s space. I just want equal treatment. You need to get people out of the mahallas, their ghettos, to the outside world and to show their talent. You might have a Majlinda Kelmendi inside of the Roma community.”K

This article was written by Kosovo 2.0 as part of the Equal Rights for All project, co-funded by the European Commission. The contents of this publication are the sole responsibility of the project and can in no way be taken to reflect the views of the European Union.