Survivors of conflict related sexual violence are frustrated with delays

Steps have been taken to provide reparations to survivors, but the process has been slow.

At a UN Women report launch on August 31 on comprehensive reparations for survivors of conflict-related sexual violence (CRSV) in Kosovo, in front of numerous representatives from the government, civil society, the rule of law sector, international organizations and academia, a handful of Kosovar survivors spoke up. It was the first time that, in such an open forum where media had also been invited, survivors took the floor and identified themselves as survivors. With obvious anger, and some with trembling voices, they spoke up and demanded their right to reparations, which they asserted have been long overdue.

“I want my compensation. My rights. I don’t want to be without electricity anymore… [T]his category, is the most hurt in soul and in blood … Where do our hopes remain? Where can we find support? We need compensation as soon as possible,” a survivor is quoted as saying in the UN Women report “The Conflict Did Not Bring Us Flowers.”

Survivors often voice this frustration about the delays in implementing the legal framework, which provides for some benefits to survivors. Under international law, victims of CRSV have the right to remedy. Sexual violence is one of the most traumatic experiences many suffer from during war. The UN Women report outlines the consequences of sexual violence to include long-standing physical, mental and emotional trauma, loss of opportunities, loss of property, further violations of human rights, and moral damage. And their right to remedy includes equal and effective access to justice; adequate, effective and prompt reparation for harm suffered; and access to information concerning violations and reparation mechanisms.

In Kosovo, this right to remedy has been slow in coming, but steps in the right direction have been taken and more progress has been made in the last months. For years after the conflict, there were only a few civil society organizations that provided services to survivors, mainly health services, which were often lifesaving. It was also civil society organizations that led the public discussions to recognize the experiences of survivors and meet their needs.

There were intervals of several months when the regulation was kept in a drawer in the prime minister’s office, awaiting approval, or later amendment.

These efforts gained more momentum in 2012. With public pressure building up, and with the establishment of the National Council on the Survivors of Sexual Violence during the War by the fourth President of Kosovo, Atifete Jahjaga, in March 2014 the Parliament passed, on a second reading, an amendment to the Law on rights of civilian victims. The amendment, passed after a contentious first reading, recognizes survivors of CRSV as civilian victims of the war and provides them with a monthly pension (the sum of which is not specified in the Law) access to health services abroad, priority in employment, and tax breaks and social housing benefits for those with difficult economic conditions.

In the two years since then, the necessary regulation to establish an independent Commission that would verify the status of CRSV survivors, has been drafted, passed, and amended. During this process, there were intervals of several months when the regulation was kept in a drawer in the prime minister’s office, awaiting approval, or later amendment.

The regulation entered into force in February 2016, and was amended in August, with two main changes: The crux of the responsibility for establishing and supporting the Commission has been moved from the Office of the Prime Minister to the Ministry of Labour and Social Welfare, and the selection process for Commission members has been changed. While the original regulation stipulated that all nine members of the Commission were to be selected through an open call, the amended regulation stipulates that five members of the Commission that come from public institutions will be assigned by leaders of those institutions, and the other four through an open call.  The profile of Commission members is set in the 2014 amended law.

Concrete steps are being taken to establish the Commission. The government has appointed the representatives of the public institutions, and the call for the other members has ended. Therefore, in the coming weeks all Commission members should be appointed. But, realistically, it is unlikely that the Commission will review any applications this year, as according to the legislation in power, the Commission officially commences its five-year mandate only after the mandatory basic trainings have been completed, and not later than three months after appointment of its members. The government, in cooperation with its partners, is already working on planning these trainings.

The current legal framework, and the steps taken to establish and functionalize the Commission, are a noteworthy move in the right direction of ensuring survivors’ right to reparations. Avoiding any further delays in functionalizing the Commission would send the signal that the government is serious in respecting its obligation to provide reparations to survivors and lower the mistrust that many feel. In this respect, the government should also establish meaningful sum(s) of the monthly compensation to be awarded to CRSV survivors verified by the Commission and it should set aside the budget for this pension scheme.

Ensuring survivors’ direct and meaningful participation in decision-making would not only improve reparation programs, but would also empower survivors themselves.

But much more work remains to be done. The legislation provides for limited reparations to CRSV survivors, which are more limited than those that other categories of civilian victims receive, thereby sending a message that the suffering of CRSV survivors is valued less than that of other civilian victims. Reparations should strive to be more transformative, providing better access to healthcare services in Kosovo and to education opportunities for survivors and their children.

Furthermore, the Law provides for recognition of only those survivors who have suffered sexual violence during a relatively narrow period from February 27, 1998 to June 20, 1999. This timeframe excludes all those that were harmed in the build up to the conflict and in its immediate aftermath. Notably, it excludes survivors of sexual violence during revenge attacks who are of all ethnicities, though mainly Serbs and other minorities. This timeframe should be extended, at least to reflect the one in place for missing civilians: from January 1, 1998 to December 31, 2000.

The legal framework foresees public campaigns that would inform the people about the application process. The Commission, and the government, need to ensure that this results in sensitization of all people and encourages all survivors — those already receiving services from NGOs and others — to apply to have their status verified. A survivor, as quoted in the UN Women report, said: “We cannot change the attitudes of people. For 16 years if I called myself a veteran then I could be proud — whereas a sexual violence survivor is not empowered and lives in silence.” The Commission and how it conducts its work will be an opportunity for the government, and society, to abet the breaking of this silence.

And very importantly, all of the actors involved need to focus on ensuring that survivors of CRSV are included in the consultation and decision-making stages of processes that affect them. The UN Women report highlights that “[m]iscommunication and delayed communications have also resulted in survivors being unaware of the various stages of each process as they are occurring, causing further anxiety and discontent.”

Ensuring survivors’ direct and meaningful participation in decision-making would not only improve reparation programs, but would also empower survivors themselves. As another survivor is quoted in the report: “Women [survivors of CRSV] are exhausted by their past and speaking about their past. They shouldn’t only deal with past, but the future also.” 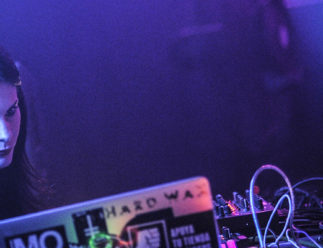 Rebekah: DJing is about sharing energy 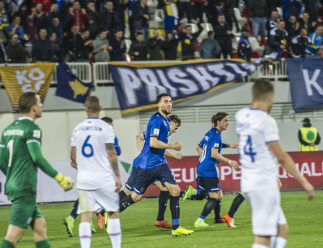 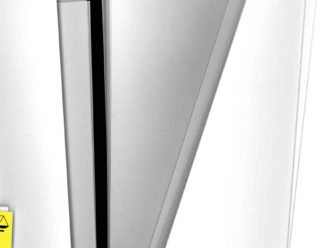 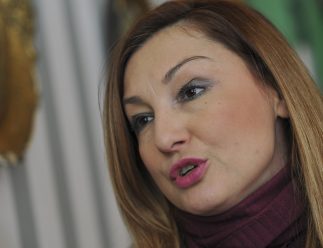 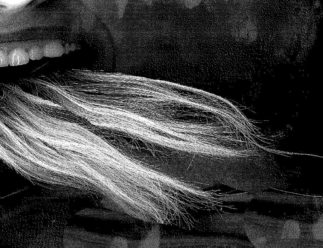 OUTLOUD: A letter from a child sexual abuse survivor 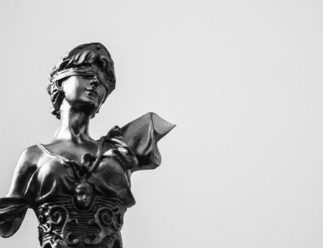 In memory of Marte Tunaj

A letter from a child sexual abuse survivor