The anger you're entitled to - Kosovo 2.0
Blogbox | Diaspora

The anger you’re entitled to

It is time for women to embrace their anger.

Two years ago, I wrote down my story. My story of sexual abuse at the hands of two family members. I wrote it down, with no plan, no expectations, no thoughts of how it would affect me and my future. I simply wrote because it was about time. Thursday, August 15, 2019 was the day it was published. I’m not quite sure where I was exactly at the moment it was posted — perhaps at home or on my way to central Prishtina.

For the first time, I felt visible. I walked into Dit’ e Nat’, ordered some tea, looked around and I thought to myself, “They know now. They know.” Ridiculous obviously, as if everyone had read it. But that’s how I felt. I felt seen, heard and understood. I wanted recognition. If not from my family then from strangers. I needed people to recognize that the sexual abuse that I had to endure happened.

What took place after was a complete disaster. It was a story that you’d think would only happen in the most patriarchal, the most backwards societies — or so I thought. I was shamed, threatened, called names and disowned by my family. I had people invent terrible stories about me that I never could have imagined myself.

I was accused of taking revenge for what happened to me​​.

Revenge is a strong word. I didn’t like it at first. I thought it sounded a bit too violent, a bit too angry. But then it grew on me, and I thought, “Why not?” At the end of the day, I have a right to take it. Who says I don’t? Who decided that my 11-year-old abused self would have to live her life without avenging herself? And so, I became angrier, I owned my emotions, I became proud of them. And now you might think these emotions overtook me but, as Mona Eltahawy likes to say, anger sets you free.

And so it has. Anger has enabled me to embrace my emotions with confidence as they have a right to exist. I’m a 26-year-old woman and I have experienced a lot of bullshit since my birth but all that anger is only 2 years old. Perhaps I’ve been preparing it for the first 24 years as my anger came out boiling hot.

I now walk the streets with so much confidence, you’d think I was the mayor. I yell at men when they catcall me. I stand up for myself when I’m harassed. I fight for my rights, my rights as a human being to exist without people taking advantage of me every single day. It gets exhausting, I don’t refute that. It gets so exhausting.

After every fight I take up, I cry. I become my smallest self, shocked at the idea that life is always going to be like this as a woman. Simple things will never be enjoyable to us. Going to the grocery store, means having a 60-year-old man stare lustfully at your chest. Going to the club means having your body being groped by men you’ve never laid eyes on. Taking a taxi back home means being stressed about the idea that at any moment the driver might lock the car up and rape you. Life sucks as a woman. But you know how we can make it more bearable?

I wish I could show you the faces of all the men who harassed me, their reactions when I yelled back, when I fought back. It’s amusing in fact. They never see it coming. It takes a second for them to realize what just happened. People forgot that we have voices, men forgot how strong we are, how competent we are to fight back. Now imagine your least favorite person. Imagine screaming at them when they least expect it — it’s enjoyable, no?

After every angry outburst of mine, I realize that things could have ended differently. He could have hit back, he could have killed me for all I know. Sometimes, showing your anger has to be done differently to stay safe, which should not have to be the case. That doesn’t mean we have to stay silent. Write down your anger. Send your friend an angry voice message. Say the F word on repeat. Scream into your pillow. Cry at the idiocy of it all. 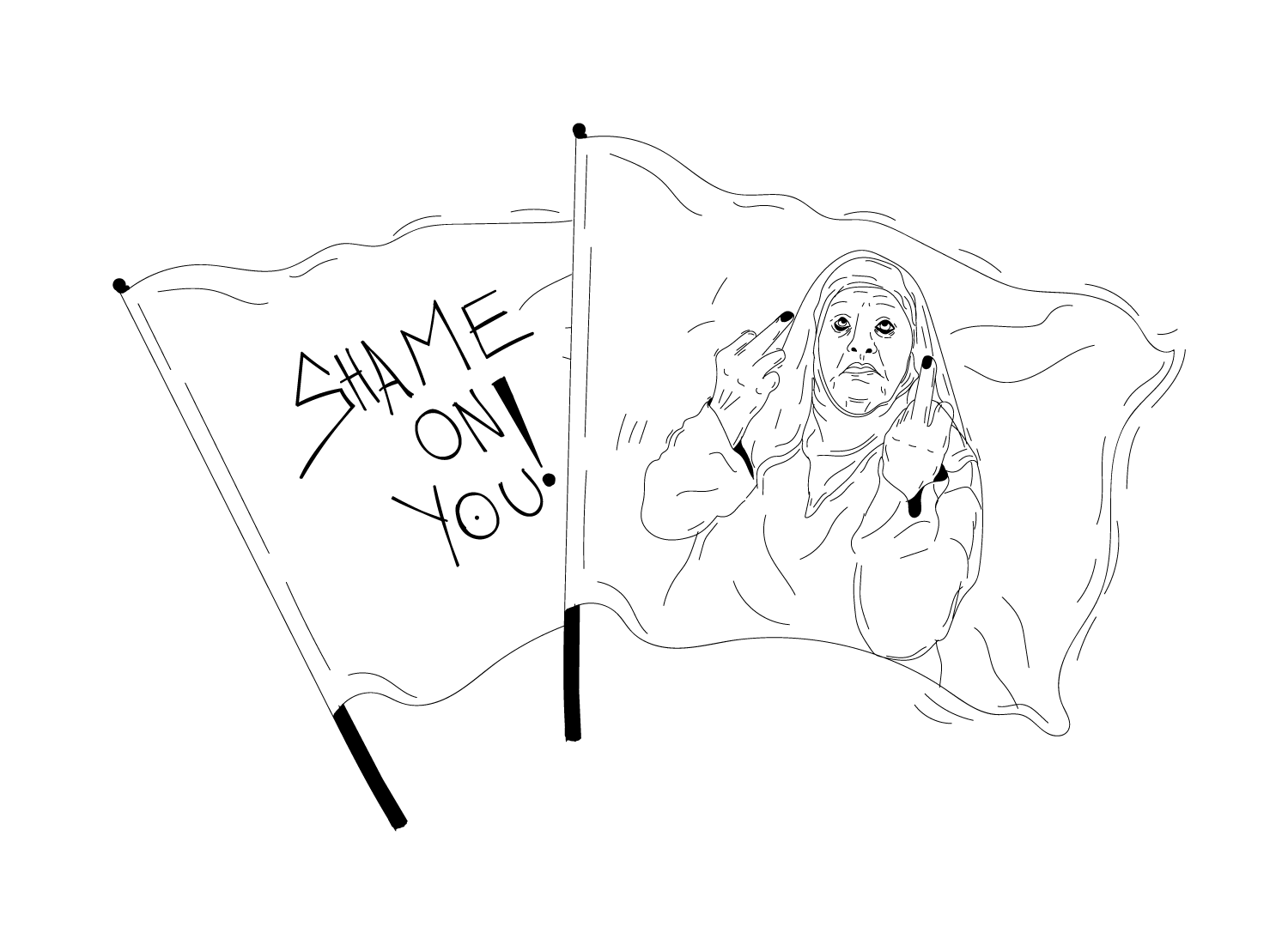 Because what exactly is it that we expect of women who are abused day after day? To endure more? To welcome it with open arms? Shame on everyone who expects women to do nothing when they are violated. For thinking that we are but a statue with no voice, no ability to move, no strength to take up arms against our abusers and the society that has enabled such violence.

Speaking out is not revenge but if people want to call it that then yes, I am taking revenge, proudly. Day after day, with every breath I take. With my sole existence. With the exact words you are seeing here: I am taking revenge. There’s a notion that women have no right to be angry, no right to take up space when it is exactly our ability to move and speak freely that is always taken from us.

Gender bias starts before birth. If mothers know they are having a boy, they are more likely to call their son’s movement in the belly “strong” and “vigorous.” Parents treat their children differently at the playground too, depending on the child’s gender. Parents are more likely to pressure boys to slide down a pole, even if the boy says they are too scared, while they are more likely to assist girls, even if they never asked for help. So as young toddlers, girls are already taught to be careful and mindful. Boys are more encouraged to take risks. Sounds like absolute nonsense to me.

Sometimes I wonder how many times a woman gets harassed in her life. How many times do we get opportunities taken from us simply because we are women? How many times in our life do we get raped in the minds of men? On how many separate days are we faced with gender discrimination?

Of course such numbers are hard to know, but every second day of our life seems like a conservative estimate. That’s 182.5 days in a year. The current global life expectancy of a woman is 74.2 years.

Now, do you need another reason to fight?

Be angry. I urge you to be a loud, angry, unapologetic woman. Scream.

You never know, you might just start a revolution yourself.