The case of ‘Schindler’s Lift’ by Darko Cvijetić

Or a story about a corporation, art and the reality of capitalism.

It used to happen in the past and it’s still happening even now: Literature’s role is being blown out of proportion. It has been ascribed the things it definitely doesn’t strive to reach within different levels of ideology and culture. Or, at least, it shouldn’t strive to reach them, from the standpoint of poetical, ethical hygiene above all else.

I think about literature primarily as art, not as pamphlet writing and forms of articulation such as mottos and political woops.

One of the unwritten rules, with regard to literature and society, is that at least every decade or so we face a new literary confusion in the Balkans; this stems from a deep misunderstanding and the absence of desire to comprehend the essence of literature as a complex system of spiritual human actions. This confusion, above all, originates from the impossibility of ideologized thinking to look outside its given frames, the ones that are prescribed by some norm or pattern of understanding and behavior.

As an art that should continually question and suspect all permanence and rigidity, literature therefore needs to clash and come into conflict with every firmly entrenched worldview. It’s in her nature to use her own means, metaphors, allegories, plus numerous other figures of speech, to decompose, question and reshape worlds and opinions.

If successful, literature escapes the indulgence to enter a state of provincial comfort.

Certainly, in the modern era, it often happens that a book gets a “bad reputation” with help from some good marketing maneuvers; it’s announced as a book covering something unprecedented and unknown, therefore it’s controversial and disturbing to some.

Still, the source of conflict of literature against the social, political, and market environment lies mostly in the fact that literature, if successful, escapes the indulgence to enter a state of provincial comfort. It shatters illusions and myths, making us face reality through our visions and stylistic peculiarities, which seem to enter metaspaces and transcend reality but are fully determined by its earthquakes and fractures, thus testifying to it in a more truthful and far-reaching manner.

All this certainly contradicts directly all those deceptions about “orderly” civic life, whereas today we are its witnesses to a large extent. They serve to keep us in a benumbed state of thoughtlessness, or in other words, thinking in line with some predetermined order.

This is why it happens time after time, as soon as literature reaches those truths that seek different views and approaches to a topic, the authors who have reached them are labelled and persecuted as enemies.

Because societies based on deep grounding in their own historical reality, materialized in mythologized historiography or in contemporary economic upswings, aren’t able to understand this sort of ascent into fiction. It is unthinkable to them, unreachable, and thus dangerous and terrifying, since it undermines the comfort of residing in collective experience and myths.

The recent decision of the elevator-manufacturer Schindler from Switzerland to threaten to sue writer Darko Cvijetić from Bosnia and Herzegovina doesn’t seem to fall into the basket of the abovementioned literary disputes with “the outside world.” We will explore why.

"They said that their elevator isn't connected to either the Holocaust or the Bosnian war," Darko Cvijetić explained the allegations.

The Swiss company sent the author Darko Cvijetić a warning before filing the lawsuit because his novel “Schindler’s List” mentions “The Schindler brand” as part of a metaphorical game or pun.

Bearing in mind that one of the key points of Cvijetić’s novel — which talks about the horrors of war and the suffering in Prijedor in Bosnia and Herzegovina (1992-95) — focuses on the real-life accidental death of a girl in an elevator. The company’s representatives felt that this constitutes an inappropriate use of their trademark. Because, they claim, this means that the elevator produced by them actually killed the girl.

“The elevator in this apartment building is most certainly not produced by Schindler and my metaphor is primarily focused on Oskar Schindler and Spielberg’s movie — ‘Schindler’s List,’” Cvijetić said in his first reaction when he found out about the warning.

Cvijetić added that the girl died in an elevator produced by the DAKA company. There was no electricity for days and the girl was playing in the elevator at the moment when the voltage returned.

“Having in mind that the apartment building — metaphorically — is a witness to the killing by the elevator, an Oskar Schindler was really necessary to save the neighbors who had the ‘wrong’ [ethnic] name.”

Oskar Schindler was a German industrialist and member of the Nazi party who saved 1,200 Jews during World War II. He employed them in his factories and put them on a list. Hence, being put on “Schindler’s List” meant you had a chance to live.

Cvijetić said that the company asked in its warning not to be mentioned in his novel at all.

This warning also said that he must remove everything from the novel “related to them,” including mentions in his interviews.

“They think their reputation is at stake and that they don’t have anything to do with the Holocaust and the Bosnian war. I was supposed to sign a paper to comply with their demands or else they would press the lawsuit,” Cvijetić said.

Cvijetić added that this company was bothered by the mention of the elevator produced by them in the context of a young girl’s death.

After receiving the warning, his German publisher employed lawyers who advised the Bosnian author not to sign anything. The lawyers provided a comprehensive 25-page response, accompanied by Cvijetić’s explanation on the use of the metaphor in his novel.

“After this, they agreed to make a sort of compromise that I had originally suggested. The title isn’t disputable because the title isn’t ‘The Schindler Brand Lift’ but ‘Schindler’s Lift’ meaning the elevator of some Schindler,” Cvijetić said.

In accordance with what was agreed upon, the book now includes a footnote clarification explaining that this is fictional.

“Additionally, wherever the novel mentions the syntagm of ‘Schindler Brand Lift’ this will be changed into ‘Schindler’s Lift.’ The lawyers are currently harmonizing the details and the novel (that has already been translated into German with the changes implemented) is set to be distributed. Also, this will be regulated by a signed agreement and will be obligatory for all future publications of the novel, anywhere in any language,” Cvijetić said.

The precise image of horror

It is clear that the company was driven by impulses completely opposite to any consideration of the fact that this was a novel, meaning a literary work of fiction, not a news report. It is therefore only accountable to the laws of literature and to whether it has achieved its aesthetic goal of presenting original artistic thought.

Darko Cvijetić was primarily looking for a precise literary image of a horror story.

The company’s representatives have only noticed the words “elevator” and “Schindler” as mentioned in a context that seemed undesirable to them.

Without even thinking for a moment that literature isn’t obligated to talk about things the way they are, nor about the fact that the author didn’t allude to the elevator-producing company in creating a metaphoric weft in his novel.

Above all, Darko Cvijetić was primarily looking for a precise literary image of a horror story.

To the point of nausea, “Schindler’s Lift” is a witness to the deep abyss and general defeat caused by the war in Bosnia and Herzegovina, showing what happens when evil prevails over humanity. The city of Prijedor, with concentration camps and mass killings, is a tragic witness to that.

Cvijetić’s book is a sad anthem of the disappearance of one culture, of one way of life. Everything that can be taken as a paradigmatic example of what occurred on the ruins of Yugoslavia, has been assembled in the lives of the heroes from “Schindler’s Lift.”

A formerly successful industrial town has been converted into a slaughterhouse of other ethnicities, then covered in silence about the crimes as a permanent state. As such, it is a phantom city, a place of residence emptied of all human content. In many stories introduced by this book, this rift cannot be hidden. The Red and the Blue skyscrapers, two apartment buildings in Prijedor, around which the plot of Cvijetić’s novel is concentrated, stand as two old men staring into the sky.

This doesn’t mean that the city has stopped living, but it has lost its essence. All bonds with the future have been torn apart by this rejection to look back at what has stayed behind the nationalist rampage, to explain it to herself.

Certainly, one cannot expect that a bureaucratic consciousness inspired by a capitalist reality becomes sensitive to this kind of stimulus.

This tells us that the corporate neoliberal-market logic is equally ideologically blinded by every expression that departs from its mono-optic view. It is as exclusive as other forms of social and political pressure, and the miscomprehension of art.

In other words, neoliberal market optics see utilitarianism as its only defining space, thereby disabling it from stepping into any alternative reality other than the one driven by commodity and monetary gains. Although skilled in creating stock market fiction, it remains blind to all other forms of toying with the world and life. 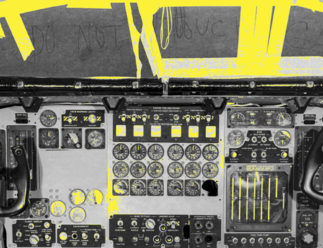 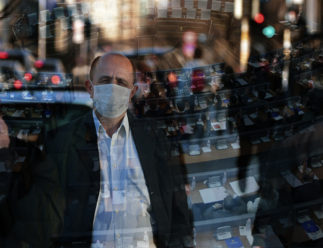 LDK to propose motion of no-confidence in... 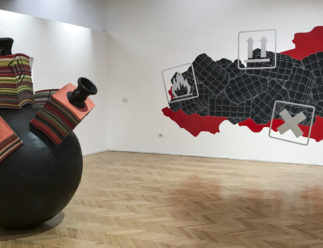 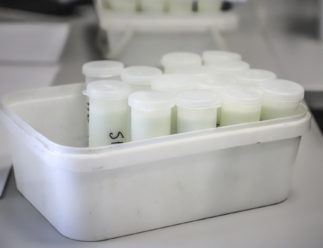