“I kissed the ground and thanked God my children were alright, the moment we walked back in here after the deportation,” Mirsad Puqolli told Kosovo 2.0, pointing at his grimy yard in Fushe Kosove. Puqolli is a Kosovar from the Ashkali community that, together with Roma and Egyptians (RAE), still remain amongst the most socially excluded, marginalized and discriminated against communities in Kosovo. “Every day I struggle to feed my children, but I never plan to take the road to the EU again, not after all the humiliation we suffered by [the Hungarian] police… They treated us like animals.”

The entrance door is only half-open, but it’s still enough to see the deplorable conditions of Puqolli’s house that resembles a tiny box where his family is squashed together in a small space. In this segregated, forgotten and poverty-stricken neighborhood, survival depends on the day’s labor work. Without any security for the future, Puqolli grabbed the chance of leaving the country during the last wave of Kosovar economic immigrants seeking asylum in the EU.

Last October, holding their two sons aged three and one, Puqolli and his partner Vezire Azemi took the notorious route of Kosovar undocumented immigrants to Hungary. After travelling from Prishtina to Subotica by bus, they crossed the Serbia-Hungary border, only to be arrested and detained by the Hungarian police.

What happened next was like something out of the movie ‘Golden Dream,’ where immigrants flee the poverty of Guatemala and experience every imaginable hardship on their journey to the US. But, the violation of immigrant human rights is not limited to the faraway Mexican-American border; it is happening almost every day at the borders of this region.

Earlier this month, Amnesty International released a report into violations against refugees and migrants in Europe’s borderlands. It was based on research conducted between July 2014 and March 2015 as well as interviews with more than 100 refugees and migrants. Their testimonies reveal the shocking conditions facing those who travel along the well-trodden western Balkans route.

Thousands of refugees, asylum-seekers and migrants — including children — making dangerous journeys across the Balkans, are suffering violent abuse and extortion at the hands of the authorities and criminal gangs, the report finds. And they are being shamefully let down by a failing EU asylum and migration system.

The finding of the report are familiar to Puqolli. After catching him and his family, Hungarian police took their bag and threw everything out. The police kicked all the bread and food found in the bag with their boots. “It was food for our children… Who does that?” said Puqolli.

The police took them to a prison-like detention center, separating Puqolli from Azemi and their children on arrival. Amnesty’s report notes thatunder international standards, detention should only ever be used as a last resort, and only where an individual case can be justified as both necessary and proportionate. Children, including unaccompanied minors, should never be detained, as it is never in their best interests.

“After reaching that prison, the police completely undressed us for checking. They even took my shoelaces,” said Puqolli. Azemi says that the women were also subjected to strip-searches, recounting how it was particularly humiliating for veiled immigrant women.

The degrading and inhumane treatment continued for the duration of their stay at the detention camp, where they were placed in small rooms, shared with many other immigrants. Once per day, the police would throw them a bottle of water (one bottle between all of the people in the room) and pieces of bread; if they were able to catch a piece, they could eat. “They threw the food at us, the same as you throw bones to dogs,” said Puqolli. “If you catch the bread, then it is the only thing you have for the whole day.”

“After reaching that prison, the police completely undressed us for checking. They even took my shoelaces."

Puqolli says that on one occasion, he tried to leave the room and look for some water. But before he had got more than a few steps, he felt arms around his neck. When he looked up, he saw three policemen pinning him.

In a separate incident, Puqolli recounts how he witnessed a young Kosovar man from Mitrovica asking for a cigarette. The policeman answered aggressively and the young man cursed the police in Albanian. Puqolli thinks that the interpreter must have translated it to the police. “Before you could count to three the policeman grabbed the man, took him outside and began beating him so badly that he passed out and just lay there for a couple of hours.”

Kosovo 2.0 contacted Hungary’s Ministry of Internal Affairs with a request for comment. However, despite sending confirmation that the request had been received, the Ministry failed to further respond. 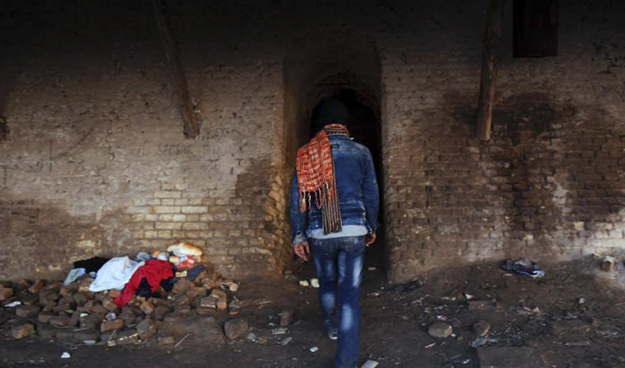 Amnesty notes that those detected entering Hungary irregularly are routinely detained, often in overcrowded and degrading conditions, or are ill-treated by police officers. While the majority of detained asylum-seekers are later released to open reception centres, those considered at risk of absconding remain in detention centers.

Grusa Matevzic, a legal officer at the Hungarian Helsinki Committee hasspoken previously to Kosovo 2.0 on this issue. “When they ask for asylum, they are either sent to an open reception center, where they have the freedom to get out, or to an asylum detention center, where they are detained. It is very unclear how they decide who goes where — there is no clear pattern.”

After a few days, Puqolli and his family were taken to the Bicske refugee camp, close to Budapest. However, their asylum request was refused. The United Nations Refugee Agency (UNHCR) advises that specific groups, including members of the RAE community, should not be returned to Kosovo because of the discrimination and persecution they suffer in access to employment, education, healthcare and housing.

However Amnesty points out that the asylum procedure in Hungary amounts to a near blanket refusal of claims, without individual assessments of protection needs. According to Amnesty’s report, almost all of the asylum applications made in Hungary by Kosovo citizens were rejected as manifestly unfounded; 99.4 percent in 2014 and 100 percent in 2013. Out of a total number of 21,453 asylum applications in Hungary in 2014, just 21 applicants were granted temporary protection; asylum was granted to 240 people —  about one percent of the total number of applications.

After 22 days in the open Bicske camp, Puqolli and Azemi escaped with their children to Traiskirchen in Austria, where they also sought — and were refused — asylum. A few days later, they were put on a plane and were deported back to Kosovo.

Although Hungary has come under particular scrutiny for its inhumane treatment of migrants, asylum seekers and refugees, it is by no means the only European country to have fallen well short of international standards. At Macedonia’s border with Greece, and at Serbia’s border with Macedonia, refugees are routinely subjected to unlawful push backs, ill-treatment by Border Police and exploitation by smugglers, Amnesty reported. Instead of safety and security, undocumented immigrants and refugees further face detention by authorities, and financial exploitation by law enforcement officers who misuse their authority to demand bribes.

Earlier this year, while working for France’s Le Monde newspaper, Kosovar photojournalist Ferdi Limani visited an old brick factory in the northern Serbian town of Subotica, which has been turned into a camp for refugees. In an interview with Kosovo 2.0 he said how he witnessed the terrible conditions of the refugees who were surviving the cold and hunger from day to day thanks to local people — and in particular a local priest — who were bringing them food every day. “The Serbian police asked us for money in order to not harass us and leave us alone,” a Syrian man in his 50s told Limani.

Amnesty said that an ever-growing number of migrants and refugees taking the Balkan route (the number of irregular passages made at the Serbia-Hungary border has increased by 2,500 percent since 2010) is a consequence of a broader failure of EU migration and asylum policy, noting that this is an issue over which Serbia and Macedonia have no control. Placing the primary responsibility for processing asylum applications on the first EU country of entry, and limiting safe and legal avenues of entry, has put an unsustainable strain on the EU’s outer fringes and neighbouring states. 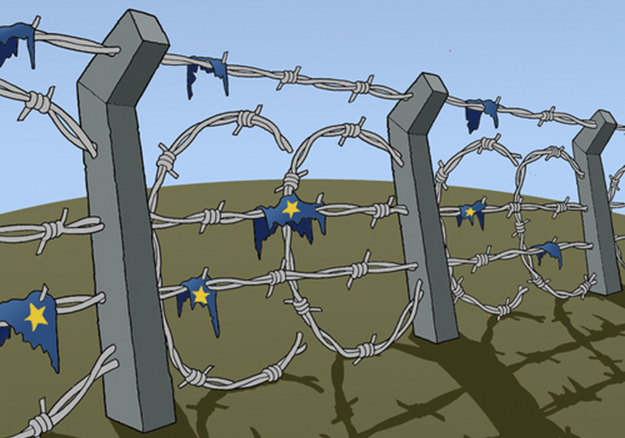 Sian Jones, Amnesty International researcher and co-author of the recent report, explained to Kosovo 2.0 that under the EU’s migration policy, and particularly in accession states like Serbia and candidate states such as Macedonia, countries are required to improve their border controls. This can mean not allowing people to stay within the EU, but this action should only ever be taken by adhering to appropriate safeguards. “They should do this legally — as push backs are unlawful — through proper processes, such as deportation orders,” said Jones. “They should at all times allow asylum seekers to register a claim for asylum, or appeal against their deportation. Push backs do not include either of these safeguards.”

Jones also argued that the EU needs to give more assistance to frontline states to improve their asylum systems and other measures. “Take the burden off these states, by allowing successful asylum seekers who have been given asylum in Hungary or Italy, for example, to travel to other countries in the EU, where they may have family or support from a settled community from their country,” said Jones.

Back in Kosovo, the experiences of a humiliating detention and deportation are not easy to forget for Puqolli and his family. But although he has been forced to return to the same degrading conditions that he thought he had left behind, Puqolli is grateful that he at least has a safe — if improvised — roof over his head. It’s a small mercy, given his ordeal on the road to the EU, but until people like Puqolli are given greater opportunities to become masters of their own fate, it is at least something to cling to.K