Victory for the Opposition

The Kosovar opposition won 23 of the 27 Albanian-majority municipalities.

With the campaign starting early in the summer months, Kosovo spent most of the second half of the year focused on local elections. The first round held on October 14 determined the mayor in only 17 out of 38 municipalities, while in another 21, the candidates continued the campaign for another month.

The election race continued to be particularly heated in Kosovo’s largest cities — Prishtina, Gjilan, Prizren and Gjakova. The exceptionally good results of Vetëvendosje (VV) and the losses of the traditional parties — the Democratic Party of Kosovo (PDK) and the Democratic League of Kosovo (LDK) — in the general elections held in February this year, made these local elections a test for all three parties. Would VV maintain the historic victory in 23 municipalities it obtained in the general elections after eight months of government? Could PDK and LDK retain local governments with new figures and promises of party reforms?

The second round took place on Sunday, November 14, with 1.2 million citizens having the right to vote. About 38% of them decided who will lead their municipalities for the next four years.

Although the history of voting patterns shows that from 2007 to 2017 the results of local and general elections largely mirrored each other, these are the second local elections in a row where this voting model was inverted.

In a surprising turn in Prishtina, LDK’s candidate, Përparim Rama, defeated VV’s Arben Vitia in what was one of the hottest races in these local elections. Although Vitia, former minister of health, was widely considered the favorite and had a 16% advantage over Rama in the first round, the latter managed to turn it back, obtain 51.06% of the votes and bring Prishtina back under the rule of LDK, as it had been until 2013.

In Gjakova, incumbent Ardian Gjini, of the Alliance for the Future of Kosovo (AAK) won 56% of the vote, defeating Mimoza Kusari-Lila from VV. As a result, AAK will rule Gjakova for another term. Meanwhile, Kusari-Lila, who was the only female candidate and had won the race for mayor in 2013 for the first time and led the city until 2017, lost, remaining 13 percentage points behind.

PDK recovered Prizren with Shaqir Totaj after losing it in 2017, when Mytaher Haskuka (VV) took it from them. Totaj gained 51.1% of the total votes, leaving behind the incumbent mayor. Similarly, PDK’s Imer Ferati also secured Vushtrri, where Xhafer Tahiri had given LDK a term, with a lead of 7%.

In Gjilan, Alban Hyseni (VV), a new political figure in the public sphere, defeated the two-term incumbent Lutfi Haziri from LDK with a difference of only 859 votes. VV also defeated the current mayor of Kamenica, Qëndron Kastrati, putting Kadri Rahimaj in charge of the municipality. Kastrati had won his mandate as part of VV, but later defected to the Social Democratic Party (PSD), a splinter party. 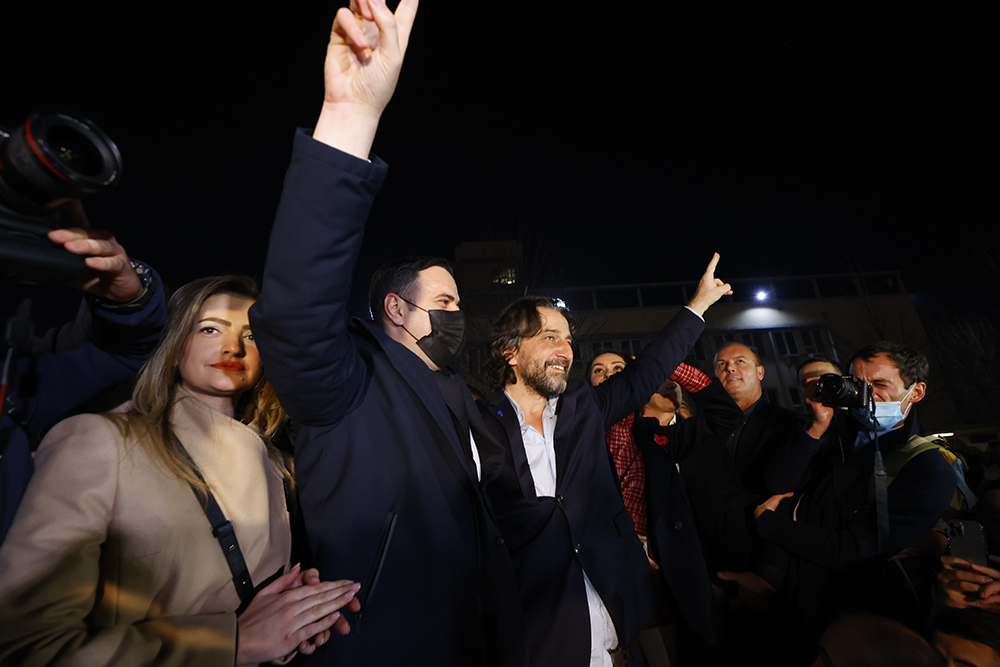 In Obiliq, the incumbent Xhafer Gashi, who had formed the Civic Initiative for Obiliq after splitting from AAK, defeated his opponent from VV, Halil Thaçi, with a difference of over two thousand votes.

Mayors without majority in municipal assemblies

Municipal assemblies were also elected on the day of the first round. Their composition, in most municipalities, does not grant a majority to the elected mayor, which may play a role in their possibility to further their programs.

Municipal assemblies are of great importance for decision-making in a municipality, where many decisions require the approval of the majority of their members present. The decentralized system of government in Kosovo gives municipalities considerable executive powers, ranging from water supply, primary and secondary education and street maintenance to primary healthcare.

In Prishtina, LDK’s Mayor-elect Përparim Rama will be working with a municipal assembly where only 27% of members are part of his party. About 52% of the assembly members come from VV and PDK, 33.56% and 17.74%, respectively.

In Peja, 43% of assembly members are in LDK, the same party as re-elected Mayor Gazmend Muhaxheri, while about 37% belong to AAK and VV.

Meanwhile in Mitrovica, where PDK defeated VV in the first round of mayoral elections, the latter constitutes 30% of the municipal assembly, only 9% less than the winning party.

VV will constitute the largest group in the municipal assembly of Prizren, with about 28%, leaving behind the winning PDK by about 2 percentage points.

In Gjilan, LDK, defeated after two terms in governance, has the largest group with about 39% in the municipal assembly. Vetëvendosje, which will rule the municipal government, only has 29% of the assembly.

Closing the eyes to the pandemic

Although the daily numbers of infections and deaths from COVID-19 remain low after the last wave in August this year, when the Delta variant was predominant, the government decided to maintain some restrictive measures for the prevention of the pandemic. The current set of measures prohibit the gathering of more than 30 people indoors and more than 70 people outdoors, and they must present evidence of vaccination or a negative test, keeping to social distancing of one meter.

However, as in the campaign for the first round in October, during these four weeks the measures, particularly social distancing or wearing masks, were not observed by any of the competing parties.

Although from time to time the parties speak loudly about the risks of a pandemic, the social media profiles of VV, PDK, LDK and AAK were filled last Friday, the last day of the campaign, with photos of large gatherings with supporters in all the municipalities headed for runoffs. Not only were few if any masks visible, hundreds of citizens were seen indoors in halls and restaurants.

Following the closure of polling stations across the country, the traditional celebrating ritual was repeated in the cities by the parties themselves and their supporters, sometimes even before the results were announced by the Central Election Commission (CEC). At the same time, some of the current mayors admitted defeat even with the counting of votes still in progress.

The CEC will soon announce the final results, after counting conditional votes and those from the diaspora. These were the fifth local elections in Kosovo since the declaration of independence; the next will be held in four years, in 2025.K