Visions of the Future: DokuNights

The year is 2101. DokuFest is celebrating its 100th anniversary, volunteers are partying until dawn and are fresh-faced as ever the next day, and Kosovo is helping the Nordic countries with their film production. Or so proclaimed the time-travelling visitor who at the opening ceremony of the 16th DokuFest in 2017 gave us a glimpse of a brighter future. But what do the people who populate today’s Prizren hope and fear for the future? Is a better world coming?

For the second part of our series, K2.0 wound its way down the river to the Andrra stage for Wednesday (Aug. 9) night’s DokuNights party. As Marcus Henriksson, Samuli Kemppi, Panda and Moodular wove increasingly insistent and hypnotic patterns from the DJ booth, K2.0 asked partygoers to envision 22nd century partying, consider the potential dangers of artificial intelligence, and debate whether the future of sex is robotic.

K2.0: What do you want to see in the world in the future?

Mario (24), self employed
“What do I want to see in the future? What I see until now. I’m very happy with what I’ve seen in my place: nature, lovely people. The future belongs to nature and the ones who love it. But I would love to see a future with no governments and freedom for people. We should be free. Why governments?”

Ylli (27), sound engineer
“Teleporting stuff, a portal. I would travel a lot with it, all the time actually. No limits!”

Tom (31), film festival curator
“For me it’s not necessarily something that hasn’t been created yet or not been thought of yet, but something I want to revise. I’m British, and I’m very much engaged with the whole Brexit situation. Before Brexit I lived in a world which to me felt open and accepting of other cultures, other nations, other denominations. I feel like Brexit created a situation in the UK which allowed people to suddenly feel like they could voice the most heinous bullshit they could. I want to go back to a world before then.” 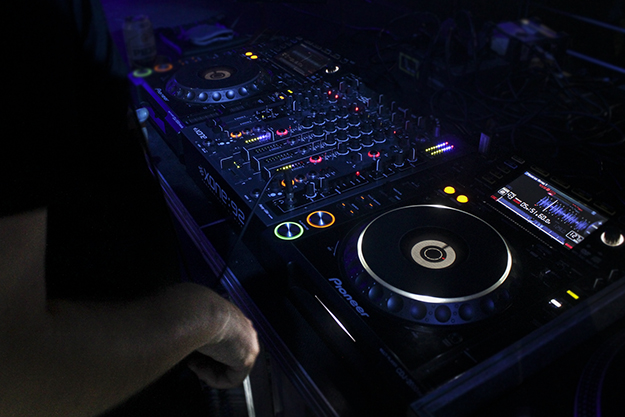 Teuta (18), student
“Parties will much be faster, with lots of colorful lights, it will be a new virtuality. There’ll be no jazz music or pop, everything will be electronic and the parties are going to be closed inside a virtual reality space, but the traditions will be never go away.”

Delilah (27), digital nomad.
“Well hopefully they’re not gonna be in like bombed out buildings because we’ve just had World War Three, hopefully not that. They could either be really good or really shit. I’m probably gonna be dead but people who are alive are definitely gonna be dancing — dancing is something people have been doing at parties for like, 2000 years, it’s not just gonna change in the next 80 years. I don’t think we can predict what the music will be like because our minds are too trapped in this era. It’ll involve technology but it’ll involve classical instruments too because they’re gonna be really good at mixing stuff together.”

Fjona (17), student
“Dancing will be very different, it will change. It changed in the last 20 years, so of course it will also change in the next 80 years. But I think people will not be so alive as they are now. We will have less dancing than we have now, people will lay down as if they were asleep.”

K2.0: The sex robot industry is already developing. Do you think sex with robots is the future?

Ylli (27), sound engineer & Kresh (26), unemployed.
Kresh: “Of course not! Come on! Putting my penis to metal?? No man, no way.”
Ylli: “But imagine it was very… cyber-organic… why not?”
Kresh: “I don’t care if it’s realistic, it’s still METAL.”
Ylli: “No, it’s cyber organic like Terminator. I would love to have sex with robots. Ones with artificial intelligence would be sweet. I would love to see that used. I hope I’m gonna be able to see that. Did you see the movie ‘Her’? Something like that would be my dream sex robot, with a sweet, soft voice.”

Anika (17) & Rina (18), students
Anika: “No! I need the affection, I need the emotion. Robots can’t give that, what the f**k man? They’re made of metal. I don’t care if it has artificial intelligence, I’ll know that it’s still a robot so I won’t get the same feeling.”
Rina: “This is why I don’t like the future because it really scares me knowing that after this people are not gonna love each other any more, they’re not gonna feel, they’re just gonna make love to a robot! Nothing’s gonna be real! It’s so bad.”
Anika: “In my opinion, because I don’t believe in God, we were created just to find somebody, doesn’t matter who, and then just reproduce. And you can’t do that with a robot! Maybe one day you will be able to but I hope I don’t live in that time, when robots are f**kable. I don’t want to fuck a robot. I don’t get how people can even f**k sex dolls. Just masturbate man.”

Solomun (24), dreamweaver
“I feel it’s a dangerous path. Men have fragile egos and I feel that a lot of men could feel inadequate because a robot never gets tired, a robot can keep going. So if you hit a rocky road in the middle of your relationship and you and your girlfriend aren’t having sex and she has some robot available that can nail her for two hours straight… I can see a lot of men feeling very emasculated.” 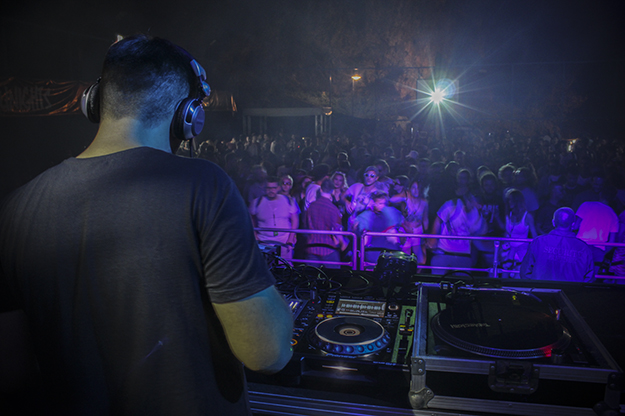 K2.0: Do you think the future will be better or worse than today? Would you rather have a time machine that moves forwards or backwards?

Donat (20), student
“I think that the future will be better because I see a different influence in today’s youth. But I would wish to have the opportunity to travel back in time as well as forward, especially forward to see what is going to happen.”

Shaqir (18), student
In the short term, the future will be better, but after that it will get worse, because if we go too far forward the earth will be destroyed. I would like to travel in time, but backwards, because I would undo some mistakes which I have made.

Nora (18), architecture student
“I think the reality is that we think we live in a perfect world, that for now, everything is nice as it is. Most of us don’t wanna think about the future because it scares us. But the thing is the world we live in is a dystopia disguised as a utopia. They make you think that it’s perfect but I think people are starting to realise its the opposite. So the thing is with the future, it’s gonna be worse because are people are gonna start realising, they’re gonna start acting differently because the stuff they covered from us is gonna come out and everything’s gonna be clear.

“If I had the ability to move to the future or the past, I’d say I wouldn’t wanna go to either because you never know what’s gonna happen. I also believe in the butterfly effect, so one little thing that you do in the past could change the entire future. I don’t wanna mess anything up so I wouldn’t wanna go in the past. But the future is something you can’t predict, and it’s scary so I wouldn’t go there yet either. I think it’s best if you take small steps.”

K2.0: Do you think artificial intelligence will help or hurt mankind?

Renea (20), Student
“It will help to split up the endless tasks that consume time, and that could be easier, but maybe it would eventually conquer us.”

K2.0: Do you think time always moves forward or is it circular?

Rexhep (20), engineering student
“Time is a matter of perception and it is also dimensional. Imagine if time was on a page and how that would look from above, like some pages, right? Imagine if it was drawn on a page, like two dimensional beings. From that we could say that we see time as some moments in time. And if we draw a line on the edge of that “book” being formed from these pages, we would become three dimensional beings and would see time as a line.

Now, time for us is like that dimension which we can not perceive. In all this, another dimension is being created and it is becoming four dimensional. So, does time go forward or in circles? Time is something that goes only forward.”