Who was Oliver Ivanovic?

Today (Tuesday, Jan. 16) the leader of Kosovar Serb political party SDP Citizens Initiative, Oliver Ivanovic, was shot while outside his party’s headquarters. The 65-year-old later died in hospital from his injuries. In October’s local elections, the party campaigned under the slogan: “Be courageous for a moment or live with fear for the next four years.”

Ivanovic was also standing trial for war crimes after allegedly ordering the murder of ethnic Albanians in Mitrovica during the Kosovo war in 1998-99. On Jan. 21 2016, he was sentenced to nine years in jail at the Basic Court of Mitrovica in a trial run by EULEX. However, Kosovo’s Court of Appeal annulled the verdict and ordered a retrial in February 2017, which was ongoing at the time of his death.

Ivanovic’s death was confirmed by Mitrovica Head Prosecutor Shyqri Syla, who told koha.net that Ivanovic was shot from a moving vehicle. The shooting followed a previous attack on Ivanovic last summer, when his car was set alight. 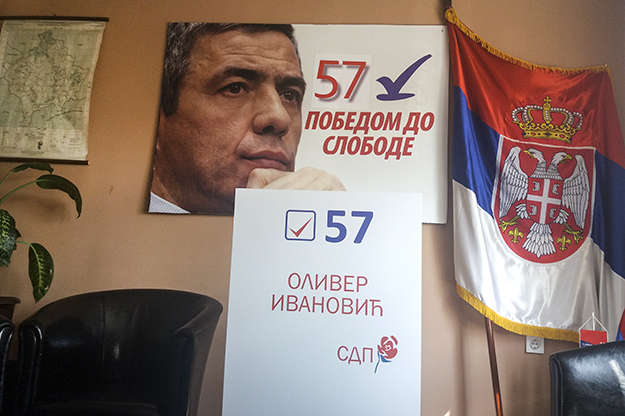 The Government of the Republic of Kosovo immediately condemned the shooting of Ivanovic, describing it as a challenge to the rule of law in the state. Kosovo President Hashim Thaci has also condemned the attack and called on authorities to bring the perpetrators of the act to justice.

News of Ivanovic’s death interrupted an ongoing meeting of the dialogue between Kosovar and Serbian representatives in Brussels, the first between the two parties after a break in negotiations that had lasted a year. Serb representatives abandoned the meeting, after the news received from the north of Kosovo.

In the wake of the incident, Ivanovic’s wife Milena is reported to have spoken to Serbian media, stating that she knows who is behind the act. “I have a message for those who have done this and it is well known who they are, and this will not pass easily,” she reportedly told TV Pink.

Ivanovic was a controversial figure in the Kosovar Serb political scene, a figurehead for the main opposition to the dominant Lista Srpska.

Having been involved in local political affairs immediately after the war, the Peja-born economist and engineer served as a member of the Kosovo Assembly in two legislatures before independence was declared in 2008; from 2001 until 2004 as part of Coalition Return (KP) before being re-elected for a second term between 2004 and 2007 as a member of Serb Lista for Kosovo and Metohija (SLKM). In 2009 he established his own own party, SDP Citizens Initiative.

Having previously worked within Serbian politics, his relationship with Belgrade has decreased in recent years. Between 2008 and 2012, he served as state secretary at the so-called Ministry of ‘Kosovo and Metohija’ in the government of Serbia, but he objected to the Serbian government’s strong backing of Lista Srpska following its foundation in 2014 and became an outspoken critic.

“Sometimes people have fear and it is exactly that fear that these bad boys around are riding on.”

“First of all, I have to clarify one thing,” he told K2.0 in October. “If someone who is in charge of Kosovo in the Serbian government says: ‘Only Lista Srpska represents Serb views and only Lista Srpska can cooperate with Serbia and if anyone else by some chance wins, we will not cooperate with them’ — that’s bullshit!”

However, despite rivalry, Ivanovic also had similar views regarding Kosovo’s independence with his Serb political rivals and the government of Serbia. “Do not have illusions about that. We do not recognize the independence of Kosovo but we are living here on a daily basis and communicating even with those who are promoting the independence of Kosovo. Do not expect me to say ‘rrnofte Kosova Republike’ [‘Long Live Kosovo Republic] or these kind of things,” he told K2.0 in October, while going on to acknowledge the role of Belgrade in Kosovar politics. “On big issues, Kosovo Serbs cannot do anything without close cooperation with Belgrade.”

Last year he ran in October’s mayoral elections in North Mitrovica, winning just 18 percent of the votes. Lista Srpska’s Goran Rakic won the mayorship in the first round of voting, winning 67 percent. Four years earlier, in December 2013, Ivanovic lost his first battle to become mayor of North Mitrovica against Krstimir Pantic. On that occasion he reached the runoff, winning 45 percent of votes in the second round.

Speaking to K2.0 before the elections, Ivanovic accused his opponents of using the politics of fear. “Sometimes people have fear and it is exactly that fear that these bad boys around are riding on,” he claimed. “Pressuring them and forcing them to think that if they vote ‘wrong’ they can lose their pensions. Can you imagine that?”

Ivanovic’s first encounter with international justice came in 2014, when he was charged by EULEX’s war crimes department. The charges related to the killing of ethnic Albanians in Mitrovica on April 14, 1999, during the NATO bombings.

Ivanovic was also accused, alongside a former chief of the Serbian Police in Mitrovica, Dragoljub Delibasic, of inciting the killing of ethnic Albanians during the riots that erupted after the war on Feb 3, 2000, during which many Albanians were expelled from their homes. In the same indictment, Aleksandar Lazovic, and father and son duo Ilija and Nebojsa Vujacic, were also accused of murder and attempted murder.

Investigations had originally been initiated against Ivanovic in 1999 by the Central Criminal Investigation Unit of UNMIK, but were never concluded, and later handed over to EULEX.

Ivanovic was arrested on these charges in Mitrovica on Jan. 24, 2014. Two years later, he was declared guilty of one of the charges against him — war crimes against the civilian population — by the serious crimes department of the Basic Court of Mitrovica and was sentenced to nine years imprisonment.

In her verdict, EULEX judge Roxana Comsa stated that “the Court found proven that on April 14, 1999 numerous Albanian families were forcefully removed from their houses by the Serbian forces and gathered together outside into the streets. Among these, a group of men were taken over from the army by a group of paramilitary/police until they reached a police/paramilitary checkpoint. Oliver Ivanovic was part of the group of paramilitaries/police present at the checkpoint. He was wearing blue uniform and he was armed.” 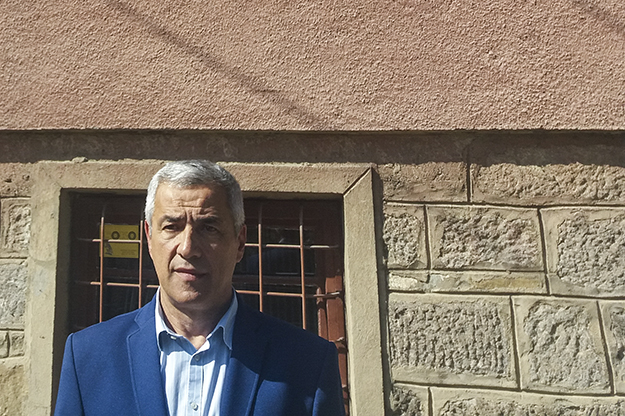 According to the verdict, the men were then escorted through the checkpoint, and four men were shot until the operation was stopped due to the arrival of a uniformed person who gave the order to stop.

“Oliver Ivanovic was found guilty of war crimes in the south of Mitrovica, whereas regarding the other two counts, it has not been proven beyond doubt that this person has incited or influenced the killing and expulsion of Albanians,” Judge Comsa said. Ivanovic and his fellow defendants were acquitted of all charges in relation to the events of February 2000.

After declaring Ivanovic guilty of war crimes, the judge also ordered that he be kept under house arrest until the decision became final, a decision accepted by Ivanovic’s defense lawyer, Nebojsa Vlajic. “My client, knowing that he could face the death penalty, did not escape justice and appeared in court. I guarantee that he will not escape, so house arrest is appropriate,” Vlajic told a press conference. The death penalty does not exist in the Kosovo Penal Code, however the threat posed to Ivanovic’s life was also considered during his trial.

The decision of the Basic Court was appealed by Ivanovic, with Kosovo’s Appeal Court partially granting the appeal and ordering a retrial in February 2017, after which Ivanovic’s house arrest sentence was changed to protection in liberty.

In the wake of his arrest in 2014, survivors of the massacre committed on April 14, 1999 and the killings of Feb. 4, 2000, told the press that they are convinced that both were not only participated in, but were organized by Ivanovic.

During Ivanovic’s retrial, security forces were constantly present outside the Court, namely the Special Unit of the Kosovo Police, EULEX Police and KFOR soldiers. The Kosovo Police even compiled a special operational plan for Ivanovic’s security during his trial. A fact confirmed by the current deputy director of the Kosovo Police in the north of Mitrovica, Besim Hoti. Kallxo.com reported that in one of the court sessions in 2016, the Serbian state’s liaison officer to Kosovo, Dejan Pavicevic, was present.

Oliver Ivanovic’s arrest was one of the first cases after the war that pushed Kosovar Serbs to protest in the capital Prishtina, with his supporters calling for his release and claiming that the case was politically motivated.

The protests were held on Aug. 8, 2014 in two locations — one in the north of Mitrovica in front the Basic Court, where he was being held in custody, and another in front of the Prishtina headquarters of the EULEX mission, who had charged Ivanovic.