In 2012, the management of the NewCo Ferronikeli company claimed that it was dealing with issues in its Drenas-based factory that were hampering production. Workers feared that they might lose their jobs, but for one employee, Halim Morina, unemployment became only one concern.

In the factory, which produces iron and nickel, there are a number of channels through which boiling water passes. Knowing the danger posed by the uncovered streams, the company had planned to implement protective measures by covering them with concrete and erecting security fences.

But for years on end, the fences were never put in place, and in early 2012, to Morina’s misfortune, the concrete covering was also missing from one of the channels. 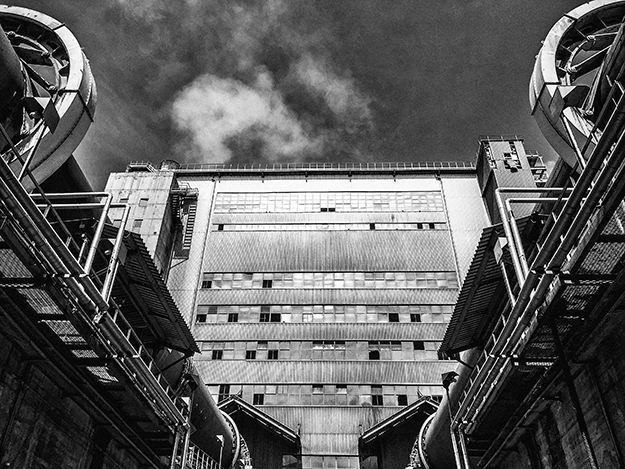 Morina had worked at Ferronikeli for 27 years. He fell into one of the channels and suffered third degree burns from his feet to his waist. As the injury was sustained in the workplace, the company covered the costs of Morina’s recovery.

However, less than three months after the accident, the management of the company compiled a list of 85 workers whose contracts were to be terminated — among them was Morina. In addition to dealing with his injuries, Morina would also have to face losing his family’s only source of income.

After suffering the injury, Morina told the media that the police phoned him only once, and that afterwards no institution dealt with his case. He added that he was reluctant to seek compensation because he was convinced that it would result in him losing his job. Eventually, his dismissal meant he did not need to make the decision. Four years later, in 2016, Morina died after a long battle with cancer.

Another Ferronikeli employee, Armend Fejza, died much more suddenly. Three months before Morina’s accident, the 24-year-old from the village of Dobrashevc also fell in an uncovered channel filled with boiling water, having worked at the factory for just two months. He didn’t survive the fall. 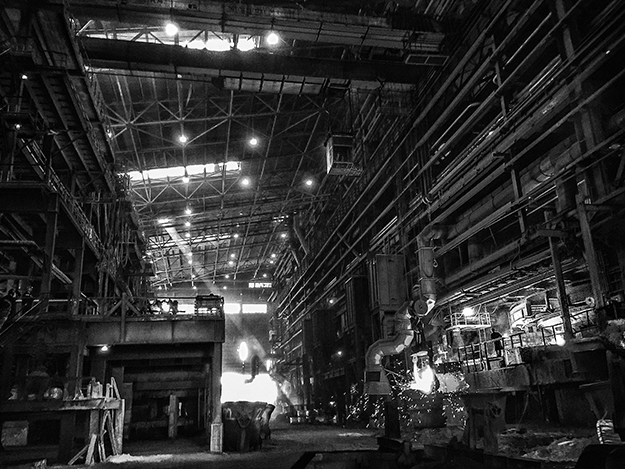 NewCo Ferronikeli is currently facing a lawsuit over the case. Fejza’s father tells K2.0 that the case was being proceeded in court, but did not wish to give any further details. “I do not want to open this wound again,” he says.

Fehmi Nika, head of the Ferronikeli Workers’ Union, says that up until now no one has taken responsibility for these incidents and only recently have security fences been erected. “Had measures been taken before, these accidents would not have happened,” Nika says.

2012 was a year that saw many accidents at Ferronikeli, including a case in which an explosion injured four workers. Some of the employees that suffered injuries in the same year were subsequently dismissed, including Behar Morina (no relation to Halim), who was fired after requesting medical leave due to an injury sustained at work.

K2.0 contacted NewCo Ferronikeli to inquire about these cases, but received no reply. In 2012 however, in a rare statement for the media, the management of NewCo Ferronikeli said that the work they do is part of a “heavy industry, in which injuries are possible.”

Ferronikeli was privatized in late 2005, when the Kosovo Privatization Agency sold the company for 30 million euros to London-based company Alferon Management Limited, with the stipulation that a further 60 millions euros be invested. The deal was controversial due to the fact that a higher bid was submitted by U.S.-Albanian company Adi-Nickel, while there were also suggestions that the company was undervalued, as ownership also ensures access to the mines of Çikatova and Gllavica.

Regardless, soon after the sale both local and international officials portrayed Ferronikeli’s privatization as a success story. Visiting the factory in 2007, then Minister of Trade Bujar Dugolli told the media that the start of production at Ferronikeli is a successful narrative for the privatization process. Alongside him, Joachim Ruecker, head of the United Nations Mission in Kosovo (UNMIK), announced that: “For us, this is the most important thing — to have employment, economic growth, and work in the whole region as well.”

However, from the start of Ferronikeli’s privatization process, many questioned this interpretation. Current head of the union Nika recalls that when workers received news of the privatization of the factory, they opposed the decision, protesting and pressuring politicians.

“The management had a continuous tendency to dismiss as many workers as possible.”

The workers had a number of requests, including economic security through collective contracts, better working conditions and the protection of workers and the environment. They also wanted to ensure an active role of the union as a protector of labor rights and warned institutions that if privatization happened without the union’s approval, the new owner would not have the support of the factory’s employees.

Nika says that, in the end, the privatization was to the detriment of the workers, who were never a priority. “The management had a continuous tendency to dismiss as many workers as possible,” he states.

One of the first to be dismissed was former head of the union Ferki Karaxha, alongside other union members. Karaxha tells K2.0 that he believes that the demands issued by the union were the reason he and his colleagues were dismissed.

Ferronikeli first started operating in 1984 with 2,000 workers, a figure that remained at around that level until the political turmoil of the late ’90s meant production ground to a halt. When the company was privatized in 2006, there were 2,008 employees on the list of beneficiaries, who were collectively entitled to 20 percent of the company’s sale. A further 80 people are currently battling in court claiming they were unfairly excluded from the list.

After privatization, the new owners began production operations with around 860 workers. Later, they contracted other companies to supply certain services, but the number of people working at Ferronikeli today still does not even reach 1,000 in total.

It’s not just a reduced workforce that Nika highlights as an issue. He mentions a case in 2016, in which the company claimed that it could not afford to manufacture in the factory, transporting all extracted metals from the mines to Macedonia for refinement. During the eight month period that production at the factory ceased, employees did not work and received only 70 percent of their wages. 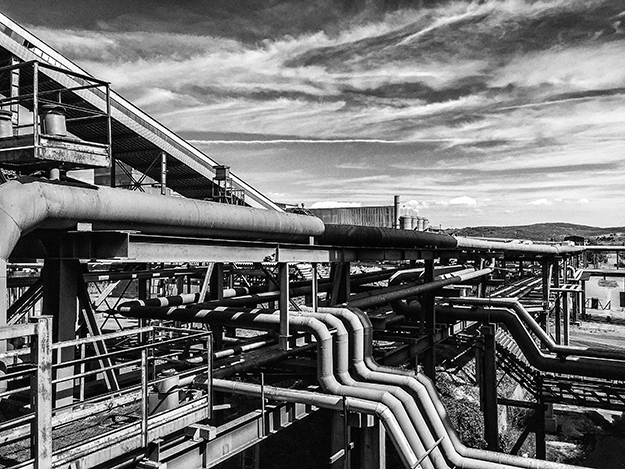 Throughout 2017, the NGO Institute for Critique and Emancipation (ICE) conducted research on the situation of workers in privatized enterprises in Kosovo, focussing on Ferronikeli, Kosovo Energy Distribution Services (KEDS) and the Sharrcem cement plant, eventually publishing a report titled The Fate of Workers After Privatization in Kosovo.

Valton Marku, one of the researchers behind the report, highlights that one of their key findings was that privatization was not done as a result of empirical analysis that showed it would bring economic recovery and better conditions for workers.

Indeed, in the case of Ferronikeli, ICE found that when it came to conditions for workers little had changed. “After conducting questionnaires and talking to the workers [of NewCo Ferronikeli], we found that there was minimal improvement in conditions,” Marku says. 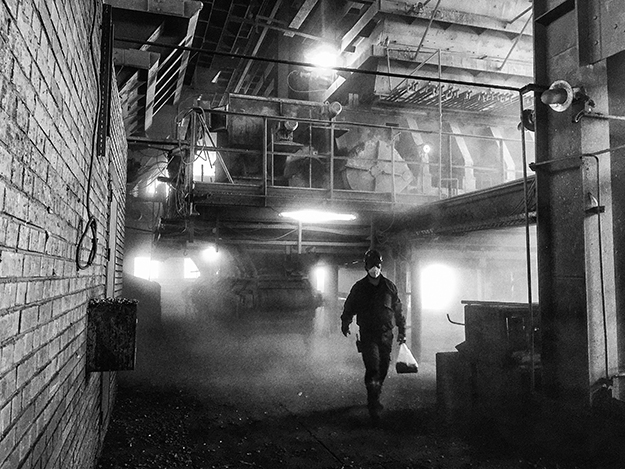 For years, many who supported the idea of privatizing public and social enterprises, including Dugolli and Ruecker, mainly based their claims on the premise that the privatization process would create new jobs, improve work conditions and increase the level of security in the workplace.

Nika does not agree with these arguments. He highlights the example of the Çikatova and Gllavica mines, which used to employ more than 100 workers and now work with just a handful of people. Simultaneously, the intensity of work has increased. He says that there is a need for more workers and that as a union they have made official requests to the management for employing more staff.

Marku is of the same opinion, saying that workers have told him that the volume of work has increased. He highlights that workers are also being moved between sectors without having the qualifications or experience to carry out their new work, which poses a risk to their safety. Moreover, workers told researchers that they have more or less the same machinery that they used before privatization, that their working tools have been improved very little, and that their working environment is the same. 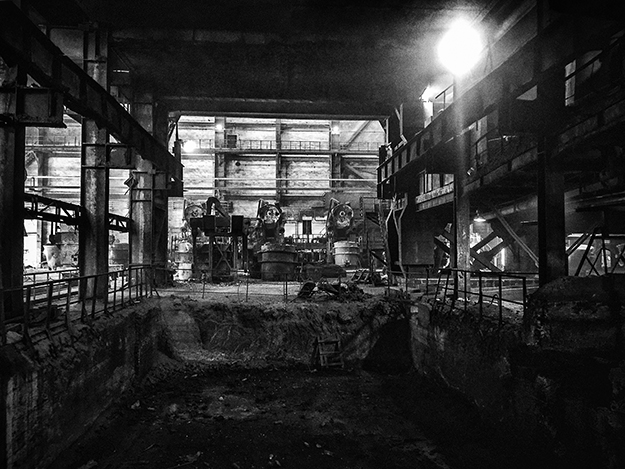 Nika highlights that despite small improvements, there are still particularly issues in regards to equipment. Workers face a lack of suitable working attire for different seasons, he says, having to wear winter clothes during summer. Meanwhile he claims the disposable protective masks they have are ineffective.

According to Nika, they have other masks but they are not suitable for use and they hamper work. As such, the workers refuse to use them. “[The management] have no incentive to change this,” he tells K2.0.

Marku, who spent a year visiting the factory, says that as well as concerns regarding physical security, tools and wages, the company must think seriously about the long term effects of exposure to toxic gases, dust and radiation.

Nika agrees, saying that although management has increased wages for workers in this sector, the safety measures taken have been ineffective. According to the union head, there have been investments to help provide better ventilation, but workers haven’t noticed any changes in the environment.

He also identifies drilling as posing a particular health risk, because the equipment used exposes workers to constant X-rays, and says that pre-privatization policies of rotating qualified workers between sectors to help reduce exposure to harmful environments have not been continued. According to Nika, workers are aware of the risk, but they are reluctant to seek a change in position and are willing to risk their health to receive their wages.

NewCo Ferronikeli has contracted a body, the Labour Healthcare Institute in Obilic (IMP-Obilic), to monitor environmental standards at the factory and to carry out health check ups for workers. Sehad Kadiri, head of the Protection from Radiation Service within IMP-Obilic, says that “for years” the institute has conducted medical check ups of workers and analyses of the environment at the factory, though admits that there were interruptions to the service in 2016.

“In Kosovo we have an army of the unemployed. This means that workers are very easily substituted.”

In February 2016, Gazeta Fjala reported that during the years IMP Obiliq had been conducting work at the factory, the institute had had no license from the Kosovo Agency for Radiation Protection and Nuclear Safety (AMRrSB), which is mandated to grant licenses for such work.

K2.0 asked both IMP-Obilic and AMRrSB whether the Institute now has a license to carry out the evaluations at Ferronikeli. IMP-Obilic gave no response, whereas the chief executive of AMRrSB, Beqir Mezelxhiu, replied: “At the request of the Institute, the Agency gave authorization to the Institute to make measurements and radiological assessments of the environment.”

In regard to environmental standards, Mezelxhiu told K2.0 that “the annual dosimeter measurements sent by the Labour Healthcare Institute [IMP-Obilic] show that no employees exceed the annual safety dose limits.”

However, Valton Marku points out that there is little trust between workers, unions, courts and state institutions, and that the situation of workers remains dire.

He points to the overall economic environment in Kosovo, saying that it has created a situation in which seeking better working conditions is a luxury. “In Kosovo we have an army of the unemployed,” he says. “This means that workers are very easily substituted.”K

Editor’s note: The Ferronikeli factory was privatized in 2006, not in 2005 as originally published.
In-depth | Migration