A summer of festivals

Your guide to what’s coming up in Kosovo.

As the soaring temperatures have forcibly reminded us over the last week, summer is very much here. While many head straight for the beaches of Albania and Montenegro, there are also lots of reasons to stay in Kosovo, especially its festivals that flourish in the hot season.

Kosovo is anything but dead and hiding from the heat during the summer. Starting from this week, up until the beginning of September, there are a wide range of diverse festivals happening nearly every weekend. Here are 10 of the best. 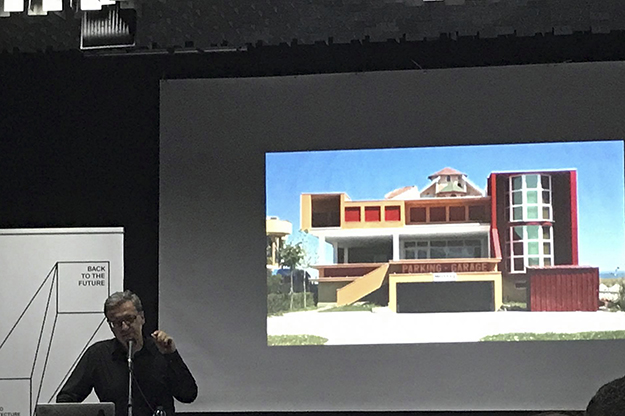 Kosovo’s festival of architecture started on Monday but if you hurry you can still catch most of the highlights of its program, which includes exhibitions, workshops, open houses, screenings, and lectures. The majority of events take place over the next few days in Prishtina, including the lecture series at the Museum of Kosovo that features speakers from across the globe and starts this evening (July 6). An architectural tour of Prishtina is also scheduled for next weekend, on Saturday July 15.

The program continues into August and spreads across Kosovo, with a series of screenings in Peja and Prizren. September sees the festival travel to Gjakova, where a five day program is scheduled from Sept 10-15, while in the same month an exhibition will also open at the Kosovo National Library in Prishtina. 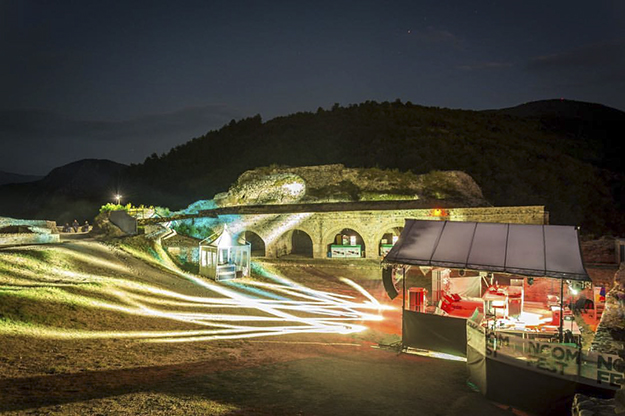 NGOM Fest returns for its seventh edition, with the two-stage music festival having now been held annually in Prizren’s beautiful historic fortress since 2011.

This year sees a diverse array of artists grace the main stage. Thursday is given over to hip-hop, with MC Kresha’s P.I.N.T label hosting the night, and Kresh himself appearing alongside Lyrical Son. Swedish rock band Eldoradio headline Friday night, with a host of indie, rock and metal bands from the Balkans in support. Electronic music takes over the main stage on Saturday, with Berlin based techno DJ Milton Bradley playing the headline slot.

The sunrise stage has DJ sets that extend deep into the early hours across all three nights, with drum ’n’ bass dominating Thursday, and house and techno on Friday and Saturday. 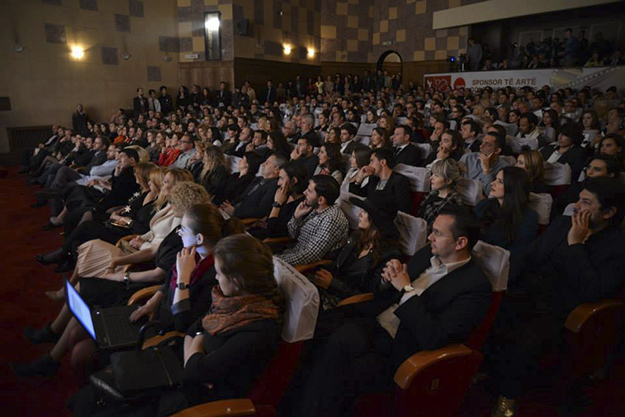 After a difficult couple of years, Prishtina International Film Festival has evolved into a summer festival and offers its biggest and most exciting edition yet.

The festival begins on July 13, when Kosovar-Netherlands co-production “Unwanted” is screened at both the National Theater, and Zahir Pajaziti square, which has been added as an outdoor venue for the festival, alongside the Amphitheatre at the National Museum.

The festival features four competitions, for mid-length films, documentaries, European feature films and the “Honey and Blood” program for Balkan films. Every film in all four competitions will be screened for the first time in Kosovo, with a number of world premieres also included. Outside of the competitions, there will also be special screenings, including a focus on Turkish cinema, the Let it Be program dedicated to LGBT issues and a number of Kosovar premieres of Albanian films. The full program is available here.

Away from film, the festival has also begun to explore other artistic avenues. ‘PriBeats’ launches its first night on July 14, that will bring veteran DJs from Paris and Berlin to Germia park on the edge of Prishtina, playing alongside local techno and house heroes, including Hajdar Berisha. The next night, the same venue will see another concert hosted by the festival, “Light & Dust: Song of Prishtina,” where ’80s Prishtina underground band Lindja will perform, supported by some of the brightest lights of the Prishtina music scene in recent years, including rapper Taste2, genre-benders Oborri and conceptual punk band Me Tnjofshem. 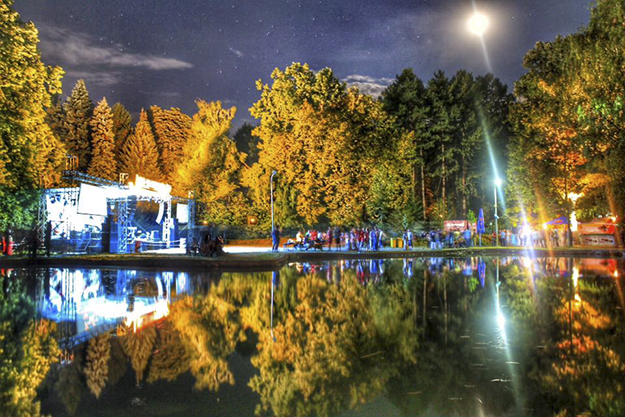 Photo courtesy of Into the Park Festival.

Into the Park enters its sixth edition this summer, once again bringing alternative and experimental music into the heart of Peja in the Karagaq City Park. The line-up for the festival is yet to be announced, though the festival has revealed that special packages are available to festival goers to incorporate some mountain tourism into the experience, with offers to explore Peja’s new zipline and adventure park on the edge of the city, go climbing in the Rugova gorge, and ride a giant swing all available. 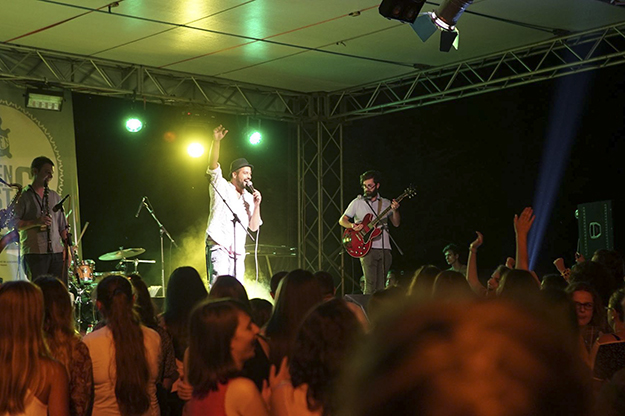 The Green Festival in Mitrovica has been expanding over the last decade, and now includes the Green music festival, the Green open air cinema, a crafts fair, and discussions and environmental actions from youth groups across the city.

The line-up is yet to be announced, but keep an eye on its Facebook event page for more details on this festival, which tries to raise environmental awareness and ease ethnic tensions in the city, alongside the good times. 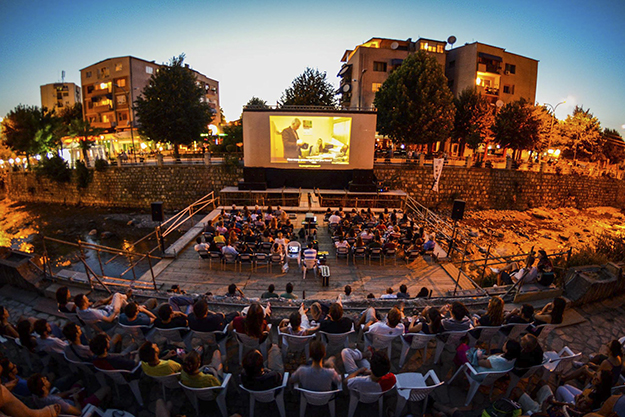 The grandaddy of them all, DokuFest returns for its 16th edition this August. The theme for this year’s festival is the ‘Future’ — looking into its challenges, uncertainties and hopes.

As always, film screenings provide the centerpoint of the festival’s artistic program, and the festival has already announced its music on film program, which will feature films on Nick Cave, Oasis and Slovenian rock band Laibach performing in North Korea, among others. The full list of films being screened in the festival’s numerous indoor and outdoor cinemas is set to be released on July 10.

However, with exhibitions, masterclasses, workshops, discussions and live music all cropping up in different corners of the city, there will be many ways to sneak a peek into the future in Prizren this summer.

K2.0 is once again the festival’s official media partner and will be bringing you full coverage from across its nine days. 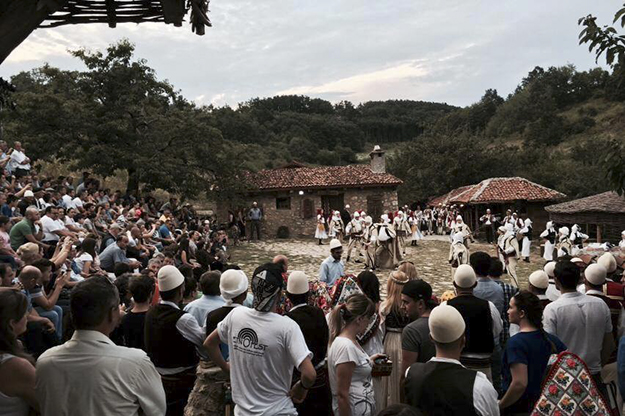 Set over four consecutive weekends in the village of Kukaj near the Badovce lake, Etno Fest celebrates traditional Albanian culture and attempts to reconnect Kosovar society, particularly its younger generations, with its values. The festival features plays and theatrical performances, exhibitions and installations, concerts, archaic rites and other performances all based on Albanian traditions. The opening weekend is August 11-13, with the final events programmed for Sept. 1-3. 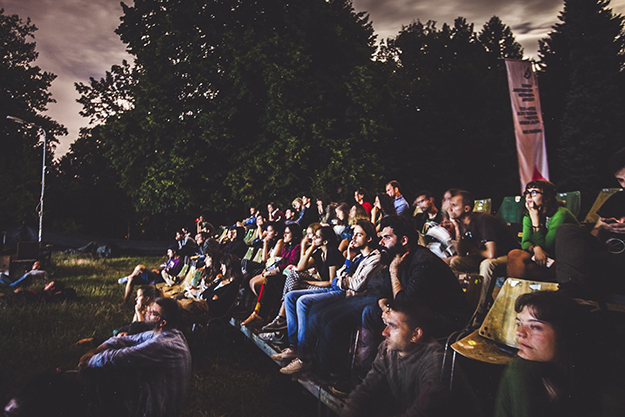 It’s been an interesting year in Peja, with ownership over the city’s cinema pitting the artistic community against the forces of privatization. Anibar helped lead that fight, and ‘Reclaiming the City’ has been set as this year’s theme for the international animation festival.

Around 280 films will be shown over the course of the week in cinemas across Peja, including the reclaimed Jusuf Gervalla cinema and the festival’s famous lakeside cinema complete with inflatable boats. Check the festival’s Facebook page for information regarding its program, especially the students’ competition, which organizers have stated will be especially absorbing. 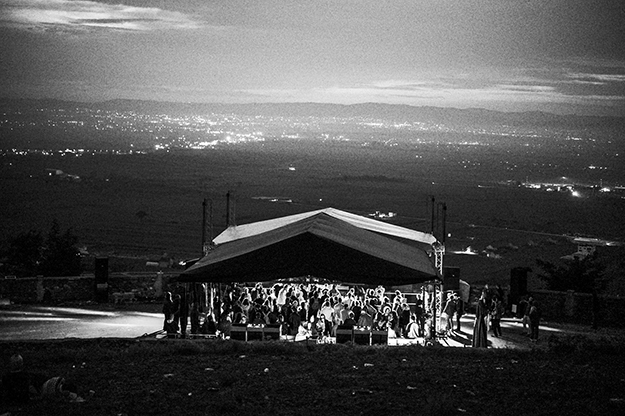 August 19
Visions of Beyond (Harilaq)

Prishtina based promoters Hapesira have become synonymous with putting on parties in novel, exciting venues. Visions of Beyond is their festival and escape from the city, where cultural heritage is celebrated alongside the group’s typical passions of art and electronic music.

The festival will be set for the second year running at Harilaq Fortress, a Roman built stronghold that offers marvelous views of the surrounding landscape. DJs from Sweden and Albania have already been announced, with a number of other local and international guests set to follow to soundtrack a party that runs from midday to 6am the following morning. 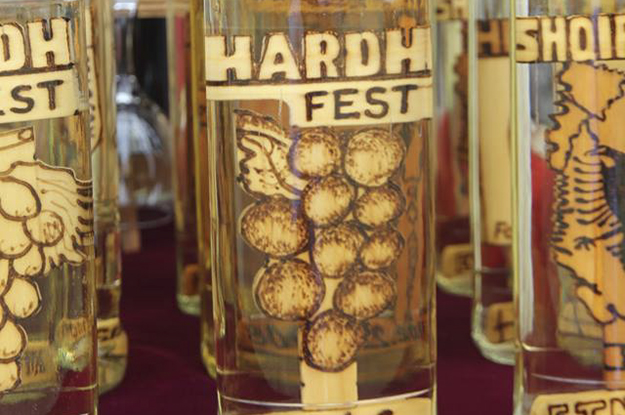 At the end of the summer when the grape is ripe for harvesting, the Municipality of Rahovec, aided by the Ministry of Agriculture, Forestry and Rural Development, organize Hardh Fest, which aims to promote the regional vineyards of Rahovec’s wine and raki.

Thousands of visitors are expected to once again flock to Kosovo’s wine region to learn about all things grape, sample the local produce and dance the night away on the main festival site just outside the town. This year’s full program will be announced nearer the time.K