A letter from America to Albanians everywhere.

Ari Myrtaj was 14 years old when he was tear gassed for the first time.

On October 1, 1997, Albanian students organized a march from the city’s Velania neighborhood to the University of Prishtina demanding access to University facilities. Police halted the march, deploying tear gas on Myrtaj and other protesters — but the event became an important reference point in the long struggle against Belgrade’s oppressive regime.

“This was the first time I ever tasted or smelled tear gas,” he said. “As a 14-year-old, I thought I was going to die.”

Myrtaj, now 37, is approaching his 20th year living in New York City, working as an actor and filmmaker. For the past few weeks, he has been participating in U.S. protests that have quickly gained momentum across all 50 states. 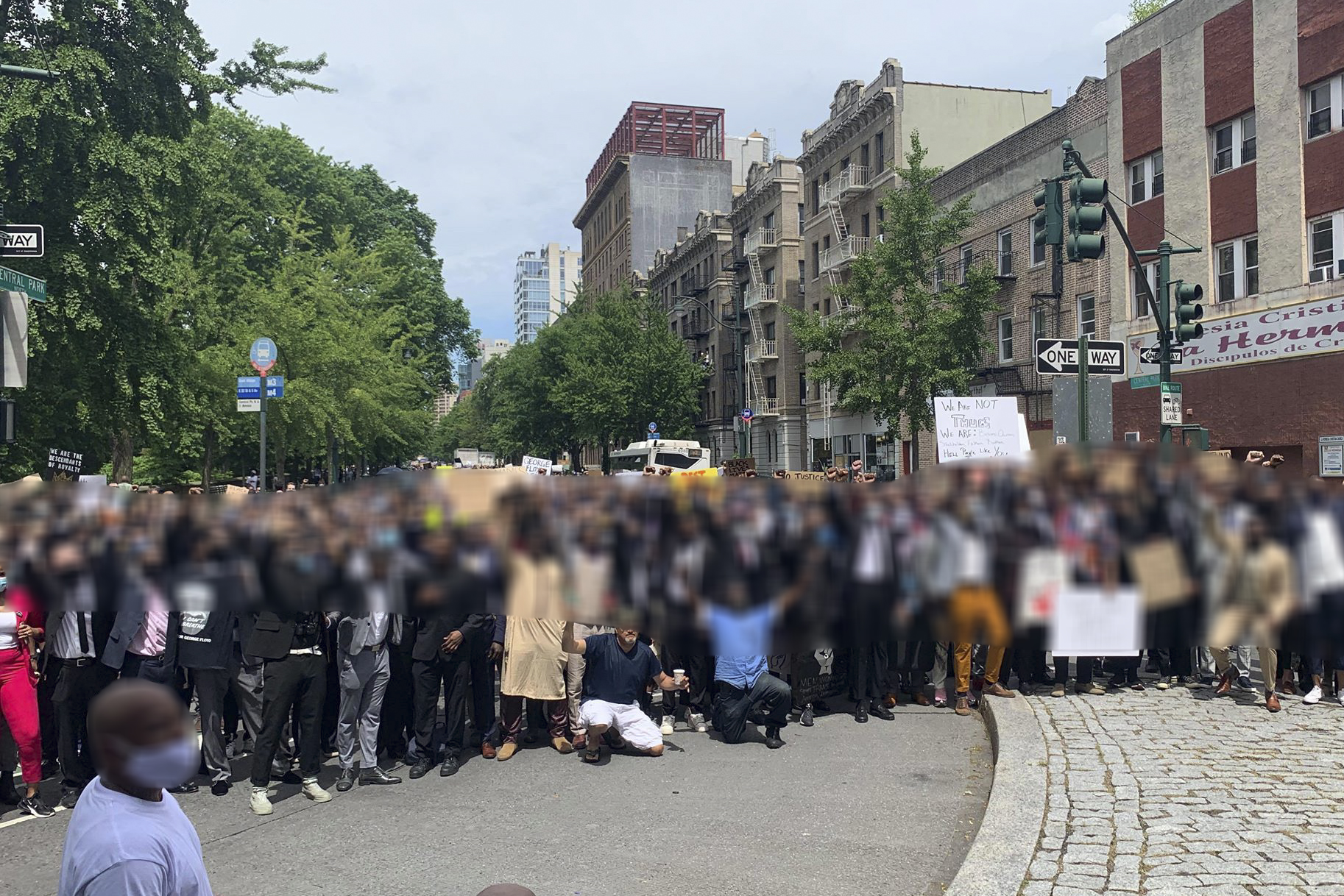 There have been more than two weeks of peaceful and violent protests in the U.S. because of the death of George Floyd. Photo courtesy of Ari Myrtaj.

The protests were instigated by the death of George Floyd, a 46-year-old black man killed by four white police officers on May 25, 2020. Floyd’s last words — including “I can’t breathe,” the rally cry of many black protesters since the 2014 murder of Eric Garner — came from under the knee of police officer Derek Chauvin, who pinned Floyd to the ground for eight minutes and 46 seconds, leading to his death.

As a result, both peaceful and violent protests erupted against racism and police brutality in the U.S. Some cities, like New York, imposed curfews on protestors that required they be off the streets at a certain time. Police deployed tear gas liberally. Myrtaj, who was tear gassed in Manhattan during a protest, remembered his first time being tear gassed in Prishtina.

“[This time], I didn’t fear it as much,” he said. “I kept reminding myself what these protests, riots and being gassed bring — freedom.”

The George Floyd protests and the larger Black Lives Matter movement have prompted many diaspora groups in the United States to align in solidarity with black Americans facing structural oppression — and Albanians should be no exception. Albanians in the U.S. have a unique opportunity to engage in a struggle for justice that is quite different, but not separate from their or their own families’ experiences.

Brianna Mati, a 23-year-old school activity director living in Florida believes that anti-black racism in the United States is notably different from ethnic hatred in the Balkans. As the daughter of a Kosovar Albanian who came to the U.S. nearly 30 years ago, she says that her family has been largely supportive of the Black Lives Matter movement.

“We are all in agreement that this needs to change, and we are taking a deep dive into how our country is really racist in its foundation,” she said. “It is just different from what our people faced in the Balkans. We are all fighting for equality, but racism in the U.S. is extremely deep-rooted.” 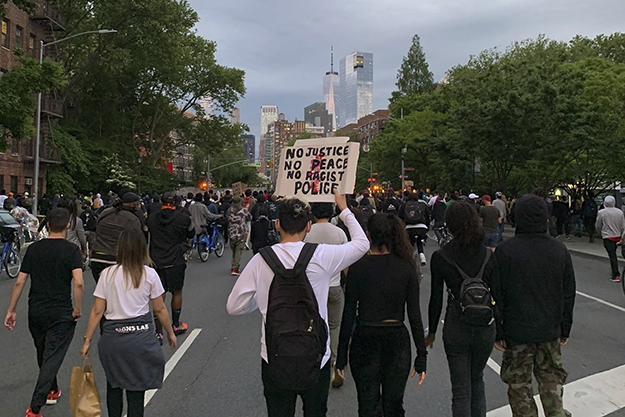 State oppression and ethnic hatred also affected Albanians and, as a result, they too should fight for the liberation of oppressed people everywhere. Photo courtesy of Ari Mrytaj.

Black people in the United States have been oppressed for centuries in ways that Albanians have not. In fact, Albanians have their own legacies of anti-black racism that uphold the white supremacy embedded in our global and national institutions. Our bodies are not vulnerable to violence every time we step outside. Albanians benefit from white privilege — enjoying the ability to drive, run and sleep in our own beds without fear of dying.

However, conditions of state oppression and ethnic hatred do lie central to the Albanian story. Barely 20 years ago, Kosovar Albanians were the victims of state-sponsored persecution and ethnic cleansing; anti-Albanian sentiment survives and thrives, especially in Western Europe. Albanians know how being hated and killed for their identity traumatizes and hurts. Does this knowledge not invite us into a fight for the liberation of oppressed peoples everywhere?

This is about how black lives matter to us, and how we can unite as Albanians to make that known.

For Ari Myrtaj and Brianna Mati, and for me, it does. The question becomes: How can the Albanian diaspora show up for black Americans?

Myrtaj says it should begin at home. “Think of your parents, aunts and uncles,” he said. “If you have hate inside the home, when you go outside, you will hate others.” Sometimes, he said, the best thing to do is just listen. “Protesting, rallying, supporting and being next to each other — and listening. It’s simple: Just show up and listen.”

Mati has been supporting protesters from home. She emphasized sharing anti-racist information and knowledge, especially with elders. “Younger generations of Albanians have to do their part educating older racist family members,” she said. We have to have those hard conversations, even if they’re uncomfortable.”

It is clear that Albanians living in the U.S. have important work to do. As white Europeans who do not have the history of subjugating other cultures that people usually ascribe to white Europeans — and who have our own histories of being expelled and killed as “others” — we straddle an interesting crossroads. But this is not about us. This is about how black lives matter to us, and how we can unite as Albanians to make that known. 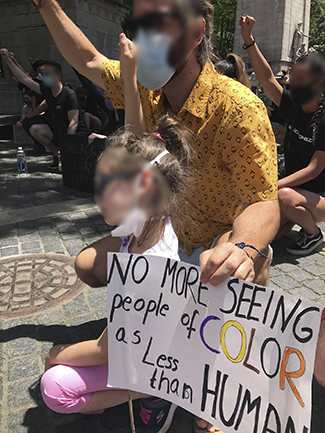 This is about allowing the legacy of our people’s oppression to energize us toward liberation for black people, while learning humbly about the oppression we do not and will never have to face.

It is about despising the ethnic hatred that killed our people while confronting the anti-black racism that thrives in ourselves and our families.

It is showing up, with our bodies, our money and our solidarity, for the Black Lives Matter movement.

While the protests may be unnerving for Albanians living in the diaspora, Ari Myrtaj urges us to remember that protest is essential to structural, positive change.

“This country, this world was built on protest,” he said. “This started from back home [in Kosovo]. We have been protesting all our lives. This is not the end of the world — this is a revolution.”