“Border correction” leads to the suspension of reason

The Gordian knot of border correction and import tariffs is self-tied.

Summer 2018 came with a new cycle of change in the domestic political discourse. Up until then, the parties in power, as well as the opposition, had been occupied with debates surrounding the reasonability and legality of international agreements, such as the border demarcation agreement with Montenegro or the agreement on the establishment of the Association of Serb Majority Municipalities in Kosovo.

In recent years, words like “Kulla,” “Zhllep” and “Zajednica” — the first two referring to locations at the center of the Kosovo-Montenegro border negotiations and the latter referring to the Association of Serb Municipalities — have become commonly used words in public discourse by politicians and citizens.

Against the backdrop of these developments, however, a discussion was initiated regarding the potential upcoming agreement between Kosovo and Serbia — hoped to put an end to the century-long conflict between Albanians and Serbs. This initiative was facilitated by the European Commission’s new enlargement strategy, published in April 2018, which — among other things — conditions the progress of Kosovo and Serbia toward EU membership with the achievement of this agreement.

During the summer of 2018, Kosovo’s President Hashim Thaçi attempted to restore his dominance in the political scene through a series of media statements, in which he cryptically spoke about the potential cost of reaching a legally binding agreement with Serbia.

Sometimes directly and at other times between the lines, he articulated the idea of “border correction” between Kosovo and Serbia as the main component of the agreement. The first impression was that the agreement reached based on the simplified principle of “territory in exchange for recognition” would satisfy both parties.

On one hand, Kosovo would secure recognition from Serbia, as well as possibly (part of) the Presheva valley, in exchange for ceding a part of its territory over which it has no effective control. It is thought that this step would enable full international recognition in the form of admission into the United Nations. Getting past this barrier would pave the way and accelerate the process of Kosovo’s accession into the European Union and NATO.

On the other hand, Serbia would — in exchange for its recognition of Kosovo and potentially ceding (part of) the Presheva valley — yield something valuable in the Balkan context of domestic politics: integrate a part of Kosovo’s territory into its own. In this way, the process of admission into the EU would be accelerated and Belgrade’s leaders would be able to present the agreement with Kosovo to their domestic audience as a victory, despite unfavorable circumstances.

This lack of transparency and the delays in clarifying the idea of border correction have led to a complete breakdown of legitimacy in face of the public.

Nonetheless, despite the benefits proclaimed by the Kosovar president, the idea of “border correction” was strongly contested by all opposition parties and by certain parties in power. Faced with a lack of information and clarity about what “border correction” means in practice, the public was alarmed by the potential compromise of ceding a part of the territory in exchange for the recognition of Kosovo’s independence.

This lack of transparency and the delays in clarifying the idea of border correction have led to a complete breakdown of legitimacy in face of the public, despite the promise that the ultimate agreement would be legitimized by a popular referendum.

The idea of border correction and territorial exchange has led to a reduction in dynamism and an increase in the uncertainty over Kosovo’s foreign policy objectives.

The stated priority during 2018 was admission to Interpol. However, a realistic review of the organization’s manner of decision-making for accepting new members should have alarmed Kosovar institutions about the potential failure of such an initiative.

A big part of the blame for the lack of international support toward Kosovo’s admission into Interpol, even from countries that have recognized Kosovo’s independence, should be placed on the confusion created by the initiative of the “border correction” agreement between Kosovo and Serbia.

Kosovo’s latest failure to be admitted to Interpol came as a result of hesitations from the same countries that supported Kosovo during the time when negotiations were taking place with Serbia, headed by Hashim Thaçi since 2011 as prime minister and foreign minister.

This ad hoc move is a continuation of Kosovo’s manner of governance since 2007, and a reflection of its inability to face Serbia with all its diplomatic and economic arsenal, as well as its security mechanisms.

Actors within Kosovo’s government responded impulsively toward the failure to be admitted to Interpol, namely by imposing the tariff on products coming from Serbia and Bosnia and Herzegovina. They sought to avoid accountability for the second biggest failure in Kosovo’s foreign policy (after failing to obtain UNESCO membership in 2015) but attempted to blame the failure on Serbia’s actions.

Paradoxically, only after they put the tariff into force did they define the objectives that they aimed to achieve through raising the tariff. In principle, this ad hoc move is a continuation of Kosovo’s manner of governance since 2007, and a reflection of its inability to face Serbia with all its diplomatic and economic arsenal, as well as its security mechanisms.

Similar to the way in which they reached the decision to raise the tariff, the simplified presentation of the idea of border correction as a magical solution for the Kosovo-Serbia Gordian knot seems to be the result of a lack of consideration for all long-term consequences that such a proposal and other components of a legally-binding agreement could have for the internal institutional and social functioning of Kosovo.

The placement of the tariff considerably rehabilitated the image of the Kosovar government in the eyes of the public, which up until then was considered as extortionate and clientelistic.

The risk posed by the implementation of the “territory in exchange for recognition” principle is that it could open the door for the justification of the principle of territorial changes as the solution for all future conflicts between Kosovo and Serbia (as well as other countries in the region). This becomes particularly relevant if Serbia joins the EU before Kosovo does and is in position to condition its accession to the EU.

The placement of the tariff considerably rehabilitated the image of the Kosovar government in the eyes of the public, which up until then was considered as extortionate and clientelistic. The response of Kosovo’s partners — from the U.S. to European countries and the EU — to the decision of imposing the tariff was as expected: They demanded a withdrawal of the tariff and a return to the negotiation table, where solutions would be found for the grievances of both parties.

On the eve of reaching the legally-binding agreement between Kosovo and Serbia, Kosovo’s partners would not tolerate unilateral actions that would jeopardize its achievement. Paradoxically, the Kosovar government is now in a position in which refusing to remove the tariff implies its own political suicide, at a time when political parties in power and the opposition are divided about whether or not they should hold snap parliamentary elections.

Observing the populist effect of the decision to raise the tariff, which resulted on one hand in an increase in public support for Prime Minister Ramush Haradinaj and his party, AAK, while on the other hand fostering open opposition from the U.S., PDK and its backers devised a strategy for putting an end to the most serious confrontation between Kosovar institutions and its Western partners.

They invented the term “suspension” as a way out of the difficult situation — which they caused themselves — without getting their hands dirty. Suspension, albeit for a certain period, in essence implies the annulment of the decision to place a tariff on products from Serbia and Bosnia and Herzegovina.

Now all institutional, political and international actors are engaged in the search for a formula that would enable the suspension of the tariff. Alternatives that are being considered include winning a vote against the prime minister in a government meeting, replacing the prime minister and coalition partners, or even toppling the government and holding snap elections.

The political actors that caused this crisis themselves are attempting to mitigate the consequences of the institutional and public euphoria surrounding the decision to place the tariff. Inevitably, the decision to suspend the tariff would influence a further decrease in the public’s trust in institutions. All this is a result of the mismanagement of the crisis and the exaggerated public expectation over what can be achieved by it.

The adventures of border correction and tariff suspension are examples of how Kosovar institutions have a concerning lack of capacity to manage political crises and public expectations. Political parties — especially those in power — as well as institutions, are unable to provide welfare and development through proper public policies, so they aim to increase their political lifespan through baseless promises, which lead to an increase in public expectations.

The strikes of January 2019 — which many people saw as arranged by Thaçi and PDK — calling for increased wages in different public sectors, are another example of this strategy of baseless promises. They raised the expectations of thousands of members of these unions who hoped that their demands for higher wages would be taken into account, while behind closed doors, it seemed like the leadership of the unions was instructed on when to end the strikes — ultimately, with no apparent change of circumstances, they accepted an offer that had already been on the table. The launch of an increasing number of strikes seemed to be coordinated and corresponded with PDK’s primary goal of trying to pressure the prime minister into accepting its proposal to suspend the tariff.

The government’s current approach, in the form of ad hoc decision-making and populating key public institutions with party militants, or developing clientelistic regional networks, does not enable an adequate management of political crises and public expectations. Simply put, domestic institutions do not have the capacity to provide decision-making based on reasoned political, economic and social analyses.

Until they have developed such capacities, the leaders of Kosovar institutions will continue to make decisions guided by short-term political gains in the domestic context, decisions that could have detrimental repercussions for Kosovo’s long-term interests and strategic orientation. 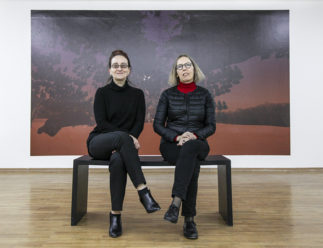 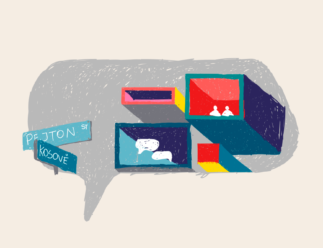 How coronavirus created a Kosovar 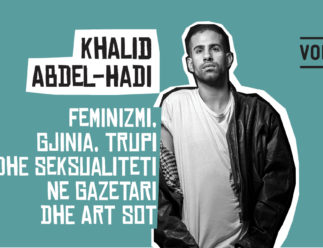 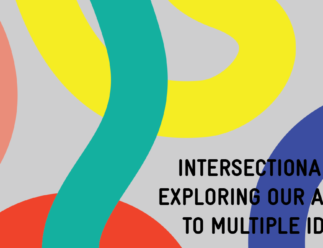