Do youth votes matter in Albania?

Albania’s youth are becoming increasingly disengaged in political life as the country heads to crucial parliamentary elections on April 25th. A recent survey by Civil Rights Defenders reveals troubling findings regarding youth perceptions on political engagement, democracy, and the country’s rule of law.

Depressingly, the vast majority of youth (18-29) do not believe in equality before the law (79%), or that they can enjoy the right to freedom of assembly (69%) or freedom of association (70%) without suffering consequences. These factors, combined with falling youth participation in the work of political parties and programs, and high unemployment rates, leaves a generation that sees no future in their country.

Albania ranks fourth globally in terms of citizens’ desire to migrate — lower only than war-torn Sierra Leone, Haiti and Liberia. The nation’s democratic status is considered a transitional/hybrid regime, and in terms of civil liberties and political rights, it is classified as a partly free country. 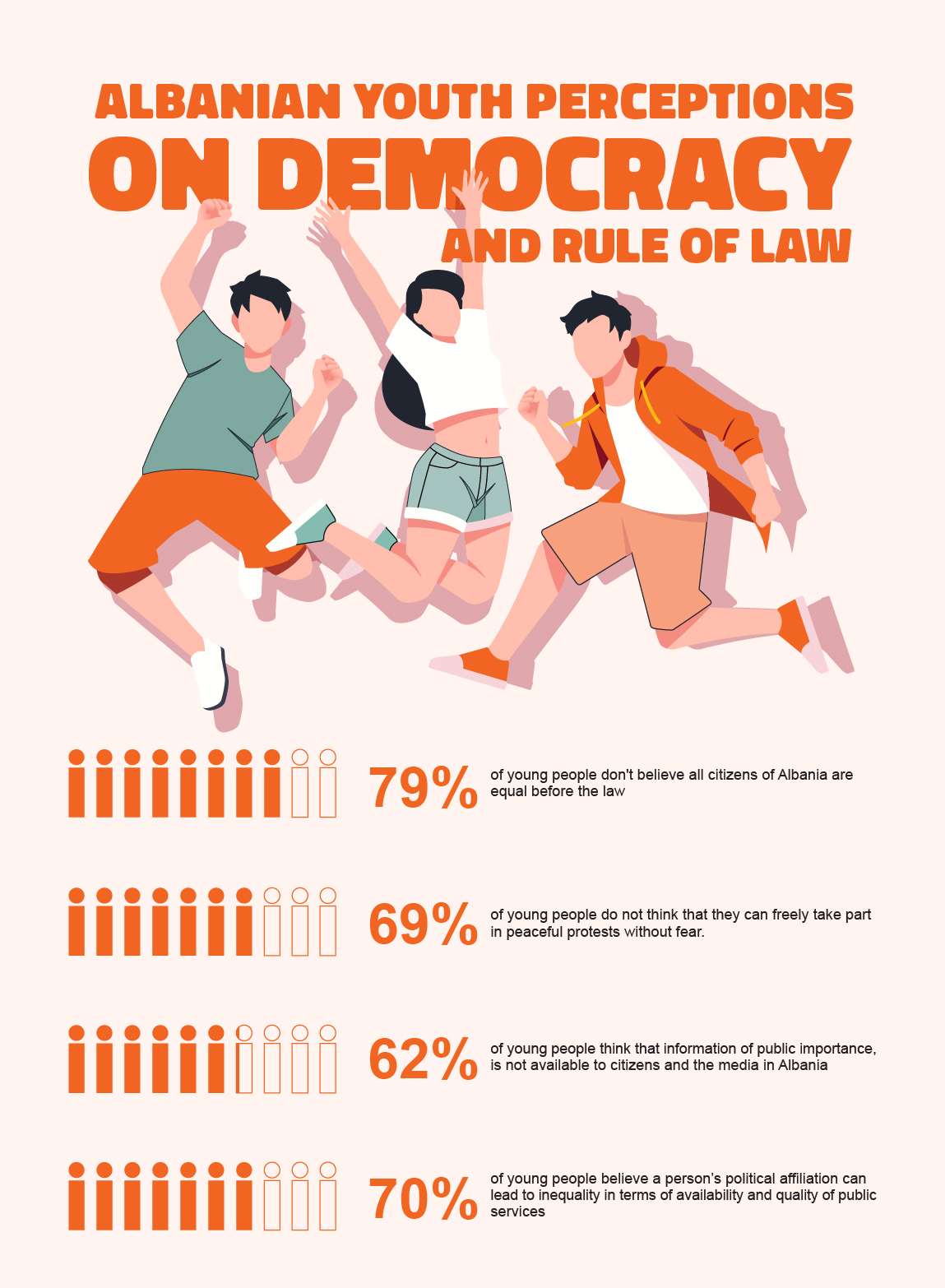 The troubling level of youth involvement in politics became glaringly evident with the release of the 2021 electoral lists; the number of young candidates decreased by 50% compared to the previous elections in 2017.

Because of the widespread lack of trust in politics and the lack of merit-based models of progress built on fair competition, Albanian youth do not consider political parties as the primary means to change society and to advance their skills or ideas. As a result, there is often a misconception of political engagement which is demonized by the public because it is often mistaken for party engagement.

The models represented by party leaders or political figures promote opportunism and rapid enrichment, and simply do not connect with youth on key issues concerning unemployment, quality of education, and high migration rates.

The personalization of political parties under an authoritarian model — that is, the absence of public debate and a deep polarization of discourse — dominates Albania’s political climate. Violent or sexist language and mutual accusations among candidates prevail during electoral campaigns at the expense of presenting concrete party platforms.

Such a climate leads citizens, and particularly youth, into apathy or political extremism as well as develops a lack of trust in progress, affecting voter turnout in elections.

A 2020 survey indicates that the likelihood of voting in Albania declined by 21% when compared to 2016, reflecting disillusionment with governing institutions and opposition bodies. Citizens overwhelmingly feel unrepresented by political parties. Over the last 15 years, election turnout has remained at just below 50% of the registered voters, except for the 2019 local elections, in which turnout was 22.96% due to a widespread opposition boycott. 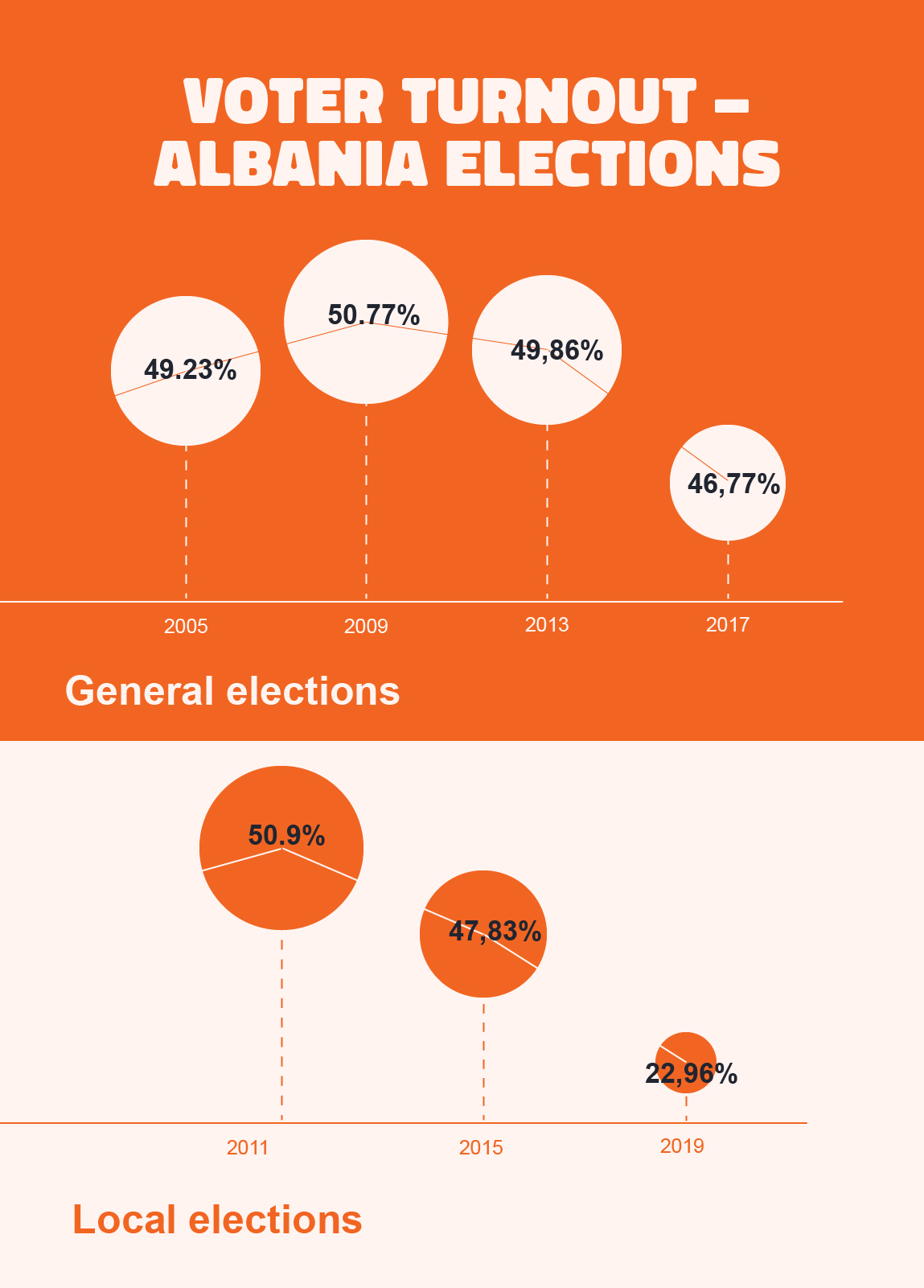 Further, under these extraordinary circumstances caused by the pandemic, the Albanian government has taken the unprecedented step to ban those positive with COVID-19 — currently more than 35,000 people across the country — from outright participating in the elections, thus discriminating against them due to their health condition.

Legal experts and human rights organizations reacted to the decision, considering it a violation of the Constitution. Measures such as allowing postal ballots or offering an additional day for voting could have been applied and were introduced in countries across the world which held elections since the pandemic began — but not in Albania.

While best practices dictate not to change electoral frameworks in the last year before elections, some of the amendments made to the Albanian electoral law in 2020, through a procedure referred to as ‘’extremely hasty’’ by the Venice Commission, will be impossible to implement due to the limited timeframe.

Youth can have a decisive say in this ultimate test for Albania’s democracy.

Enabling the diaspora vote (around 35% of voters) belong to this group. Diaspora will not be able to vote remotely and will most certainly face challenges and discouragement from traveling because of pandemic restrictions.

Instead of tackling the low voter turnout and apathy of citizens, an a priori exclusion posed on two large groups of voters — COVID-19 patients and diaspora — could be seen as an electoral tactic leading to a deviation in the standard of representation.

Yet, against the odds, youth can have a decisive say in this ultimate test for Albania’s democracy.

In practical terms, young people (17-29) account for 50% of the voting population. Furthermore, in this election, Albania has, according to the data from the Central Elections Commission, 107,024 first-time voters. If they all vote, this can be translated into at least 8% of the seats in parliament. If history is anything to go by, every vote matters.

Throughout Albania’s democratic elections 20 mayors were elected with only 1 to 10 votes difference, whilst 10% of MPs have been elected with a difference of 100 to 1000 votes. 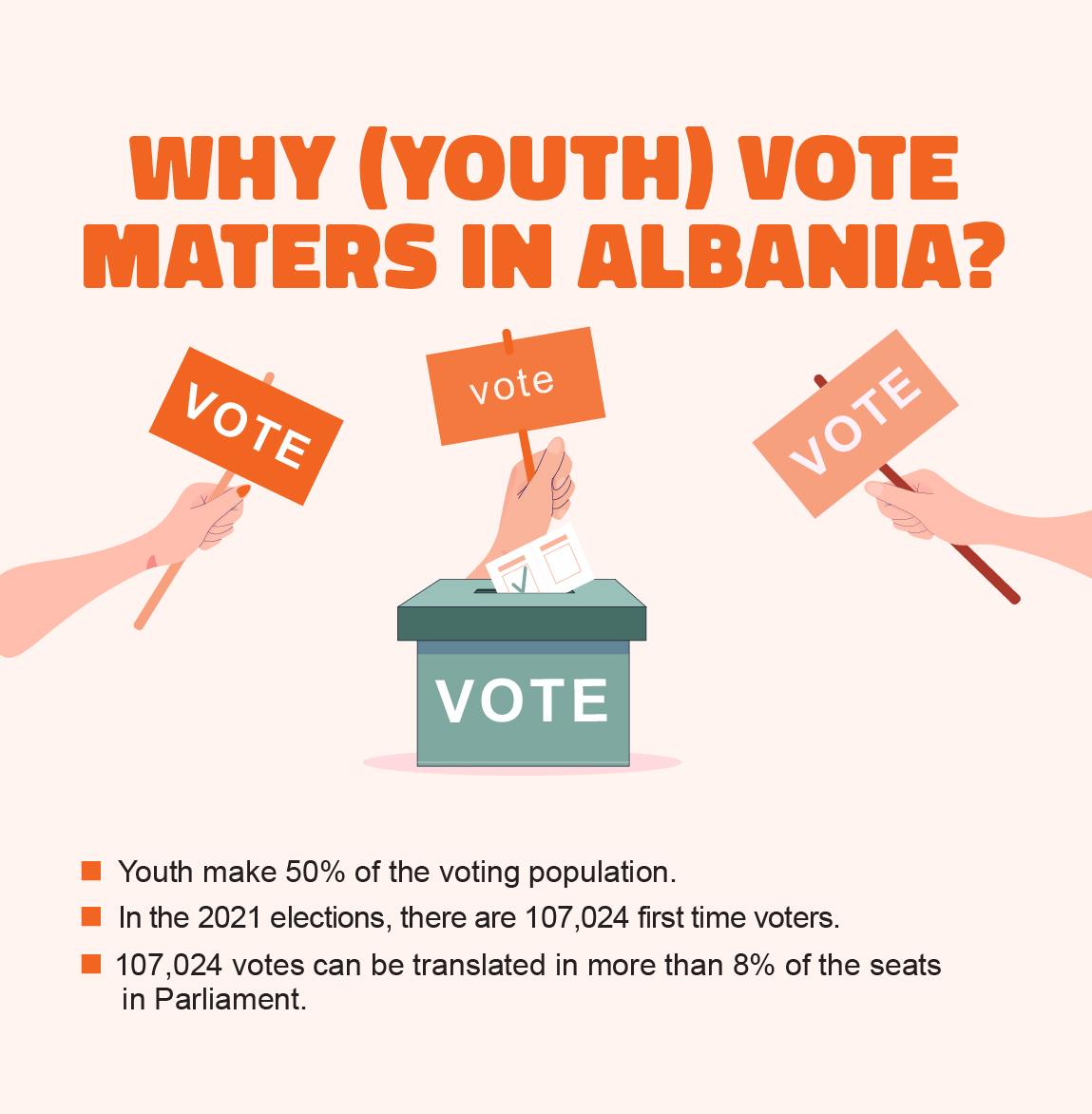 Albanian youth must mobilize, educate, and engage themselves in the process. Supporting them, Civil Rights Defenders, Albanian Helsinki Committee and Institute for Political Studies, with the backing of the European Union, have led nationwide campaigns in universities and high schools to encourage youth and first-time voters. Together, they have also created a platform called Vota Vlen, (Your Vote Matters) to provide citizens with reliable and useful material related to the elections.

The stakes could not be higher. Make your vote count on April 25th.