DokuFest 2016 — an everyday act of rebellion

With the 15th edition of DokuFest finally drawing to a close last night, it’s time to take a look back at the highs and lows of the last nine days. This year’s festival was beset by a string of setbacks; the Ministry of Culture had promised 30,000 euros in funding, with a further 15,000 euros to come from the Municipality of Prizren. Neither materialised. Moreover, DokuFest saw its heaviest rain in years, leading many screenings and events to be moved inside.

Despite such complications, DokuFest XV stood tall as a rousing success. Over 10,000 tickets were sold and all week the parties spilled out into the streets and until dawn. “Against all odds, we say,” laughs Nita Deda, who has taken up the mantel as this year’s festival director. “No rain or no ministry could stop this. In the end it makes us stronger, it’s amazing.” 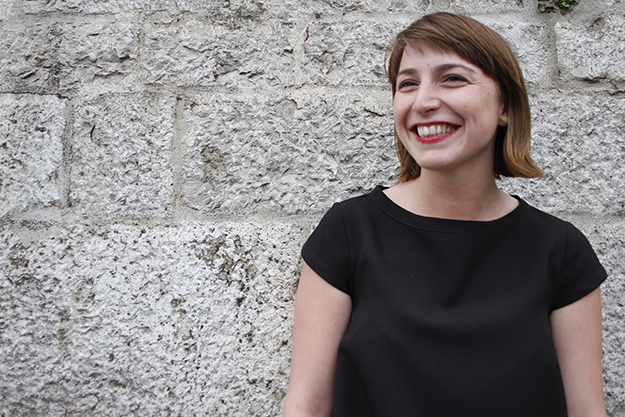 Omar Souleyman’s opening salvo transformed DokuNights into an all-night Syrian wedding, kicking off what turned out to be one of the festival’s most eclectic lineups ever. Me T’njofshem brought Kosovan punk, Argentina’s Fanfaria del Capitan blended ska with latin, while Drugstore transplanted Belgrade’s famous nightclub to Prizren for a night. Then last night, Yasmine Hamdan returned to the stage at Kino Lumbardhi, where she’d performed for Jim Jarmusch’s “Only Lovers Left Alive” one year ago.

The Sunset Stage, DokuFest’s youngest piece of the puzzle, drew hundreds up the steep climb to the Fortress, where they could take selfies with the sunset over Prizren to the sounds of live music performed beneath its ancient stone walls — the highlight of which was undoubtedly Jonianet, Albanian iso-polyphony. And whether rain or shine, revelers could always bump into new and old friends at the city’s hotspots — Te Kinesi, Oqean and Qarshia. 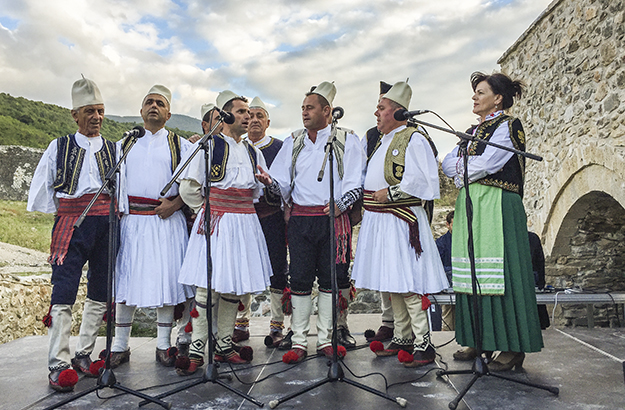 Jonianet’s performance was the week’s highlight at the new Sunset Stage.

One of the week’s biggest victims of the torrential rain was Doku:Tech, whose Saturday talks were forced to be postponed until the following afternoon. Schedule changes aside, Doku:Tech was jam-packed with a fascinating and thought-provoking roster of discussions, personal stories and workshops that left attendees much to inspire them until next year’s edition.

Behind the jovialities, however, was a serious message. This year’s theme was corruption and, in light of the recent wiretap leaks, it seemed more pertinent than ever. “What corruption does is that it steals opportunities from you,” explains Deda. “This country is the youngest in Europe, with a lot of potential and creativity just ready to explode, but stolen opportunities. And sadly it has become some kind of a culture. Some young people have accepted that’s how it is.”

“Instead of just [distancing ourselves], we can do something about it. We can’t just be cynical and [distance ourselves] and just say ‘oh this is terrible.’ We all have a responsibility to deal with it. And film has that power, discussions have that power, to make people talk about things.”

And discussion were indeed had. Each day crowds amassed at both the League of Prizren and Hammam to passionately debate the best ways to fight injustice, campaign for sustainable energy and provoke everyday rebellion. In the interactive Museum of Corruption, committed volunteers — with a wry smile — transported visitors to a world in which corruption no longer exists. 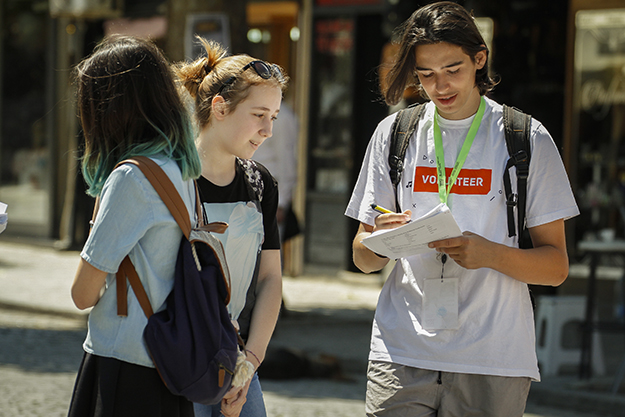 One of the 120 DokuFest volunteers.

Speaking of which, DokuFest would have been nothing without its 120 volunteers, who were its face and voice for the thousands of visitors from around the world. “I work eight hours per day but it’s really nice, I’m learning a lot and I’m enjoying it,” says Narin Zekovski, a third-time volunteer at DokuShop. “A lot of people come here and then you meet everyone and everyone knows you, it’s so much fun. We’re here just laughing.”

“Our team are really heroes,” says Deda. “There’s this myth about people being lazy here [in Kosovo]. It’s not true at all. You’re just not giving them the opportunity. They come here [to DokuFest] and they say, ‘Can we work six hours more?’ And that’s an amazing thing to see.” She’s proud that DokuFest can provide those opportunities. In her time working for DokuFest, Deda has seen many former volunteers move up through the ranks to become key members of the team. “It’s especially amazing in a place like this,” she says.

With so much going on, you might even forget about the films. “I think it’s one of the best programmes we’ve had so far,” smiles Veton Nurkollari, artistic director of DokuFest. “We were looking at films that deal with the notion of power, and also that of lies. Then we were able to really find some amazing films. I have to mention here the North Korean films [‘Under the Sun’ and ‘The Lovers and the Despot’] for example, or ‘Houston We Have a Problem’ or a number of films that deal with corruption like ‘Shadow World.’” 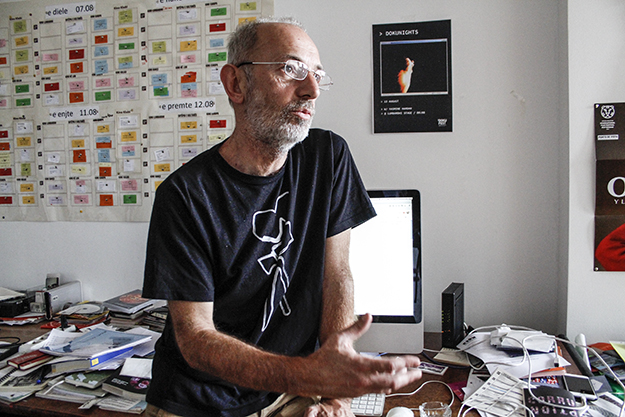 In the cafes and bars of Prizren, meanwhile, the most talked about screenings included “Starless Dreams,” “Homeland (Iraq Year Zero)” and “Depth Two,” all of which were followed by insightful Q&As and ensured enthusiastic debate late into the night. For a full list of last night’s competition winners, click here.

A handful of directors were also on hand to share the secrets of their craft with the public. One standout was Kirsten Johnson, who proved it’s possible to make difficult films without sacrificing your ethics. British experimental filmmaker Simon Ellis, meanwhile, whose retrospective screened on Thursday, raised laughs by donning a wig for an irreverent discussion that veered from football culture to Star Wars to not getting nominated for an Oscar.

For Deda, the festival has proven that the people of Kosovo are strong, compassionate and always looking to help eachother out. “It’s sad the news that goes out from here doesn’t represent us like that. DokuFest does I think. You are not only bringing the world here, you’re also projecting yourself into the world — of how this country really is.” So is DokuFest an everyday act of rebellion? “Definitely.”K