Serbia discusses how humankind came into being.

As if there weren’t any bigger problems within the state and society, for almost two weeks now the Serbian public has been discussing a petition on whether to review the study of Charles Darwin’s theory of evolution, and on how humankind came into being.

Besides piquing the interest of the Serbian media, this topic dominated the agenda at the Assembly of Serbia. Among those who have publicly spoken about the issue are professors from the Faculty of Theology, the Serbian Academy of Science and Arts (SANU), doctors, and members of the Ministry of Education and Science. The petition has been criticized by some segments of society, who claim that the real goal is to insert religion into the curriculum. Either way, the debate has been ignited, and there is no epilogue in sight yet.

The world according to the petitioners

Everything started when a petition for reviewing the study of the theory of evolution emerged in the media. The petition included a long list of signatories, including 52 academics, scientific advisers, and university professors, 61 PhD holders, 5 masters of science, 50 specialist doctors, 24 engineers, 19 high school professors, 14 philosophers, philologists, and sociologists, 25 lawyers and economists, five pharmacists and chemists, eight artists, five journalists, and five priests. The petition was then sent to the Ministry of Education and Science, the Assembly of Serbia, SANU, and several universities.

The petition's initiator claims that there is no evidence that life on Earth was created spontaneously, and that modern science has no concrete theory on the origin of life on our planet.

The petition’s initiator is a retired plastic surgeon, Radmilo Roncevic, who interprets the Serbian public’s interest for this topic as proof of great interest to discover the real truth about “what the theory of evolution is,” but that “this hasn’t been allowed by the recipients of the petition.”

Roncevic claims that there is no evidence that life on Earth was created spontaneously, and that modern science has no concrete theory on the origin of life on our planet. Speaking to K2.0, Roncevic repeated some premises which can be found in the petition, stating that ‘evolutionists’ use fossils as the main evidence for evolution “despite numerous assumptions, speculations, misconceptions, and sometimes lies.”

Roncevic’s objections lie in the lack of intermediary links between species. “So far, there have been multiple millions of living species, including those that are extinct,” Roncevic told K2.0. “In order for every species to develop and survive, a large number of intermediates would be necessary, but they can’t be found in fossils.” He added that fossils “of the common ancestor between monkey and man, the intermediate before man, has not been found.”

The Serbian Assembly’s Commission for Education and Science discussed these premises. As has been reported in local media, the discussion divided the MPs who eventually decided that evolution is not a question they have the authority to answer. However, the president of the Commission, Muamer Zukorlic, a former mufti, stated that his personal attitudes are more in favor of creationism than evolution.

“A religious and ideological pamphlet”

The Ministry of Education and Science meanwhile, decided not to deal with the petition because, as they explained, no scientific truth or new theory, and especially ones of a global significance, can be introduced just like that, without international recognition.

SANU also publicly rejected such ideas, though it is evident that some members of the Academy signed the petition. SANU’s Executive Board stated that it was their right to do so. One of the signatories, academic Antonije Djordjevic, later withdrew his signature by saying that he signed it “mistaken about its nature and purpose.”

“It is an attempt to insert religion into the curriculum, and this isn’t the first time.”

The Ethical Committee of the Serbian Medical Society stated that the petition was “a religious and ideological pamphlet.” Professor of evolutionary biology, Biljana Stojkovic, in a statement for Kosovo 2.0 stated that there was no doubt that the signatories of this petition are creationists, people who believe that God created the world. “It is an attempt to insert religion into the curriculum, and this isn’t the first time,” she said. “The creationists themselves will certainly not say that it is related to God. The constitution alone prevents them to make a reference to God, but behind it is that narrative and nothing else. The list of the petition’s signatories is, as I find it, a list of believers.”

The Dean of the Faculty of Biology at the University of Belgrade, Professor Zeljko Tomanovic, agrees with Stojkovic. He stated in the media that these ideas are completely anachronous and unscientific, adding that there is not a single scrap of scientific knowledge which is in favour of the claims and contrary to evolution.

This stance was even supported by representatives from the University of Belgrade’s Faculty of Orthodox Theology. A group of teachers said that for the curriculum of biology, at all educational levels, there is nothing that could replace evolution, adding that the theory is the only scientifically accepted one.

Besides the fact that the petition attracted a lot of public attention, it seems clear that it will not have much of an impact on the curriculum. It’s biggest achievement was directing attention away from the most pressing problems in Serbian society, serving as a distracting media-driven pastime for citizens.K 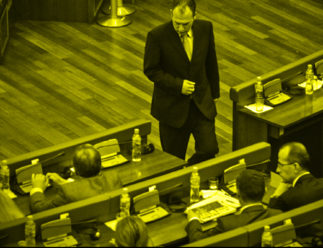 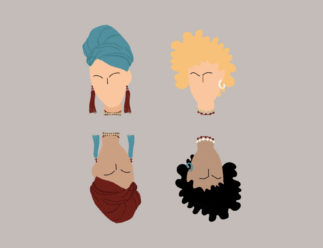 Cultural appropriation, but make it fashion 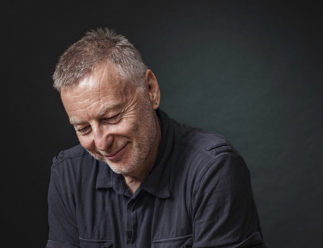 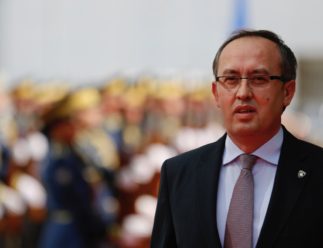 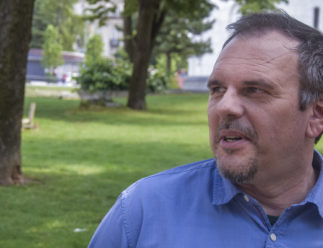 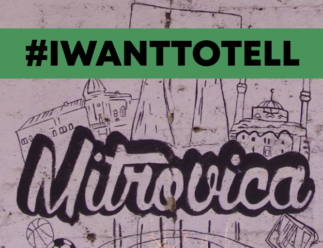