Saranda Baruti, a native Gjakovar, is the corporate secretary for KRU Gjakova, a publicly owned water company that serves over 30,000 households and businesses in and around the Gjakova municipality.

Baruti has worked for the company for 11 years and is part of the senior management team where she handles policy reports, writes business plans and advises the board. Despite the high number of women in management, they have only recently begun to join the board, and Baruti said she thinks it would be good to see more do so.

Now, with an April 26 decision, the government is mandating an increase in gender representation, requiring a 50% gender quota for the boards of public enterprises.

“It is a very good decision,” said Zherka, “since in Kosovo there are a lot of women that are very qualified and they can contribute to the performance improvement of public-owned companies.” Zherka has over 20 years experience in finance and is a SCAAK certified accountant. 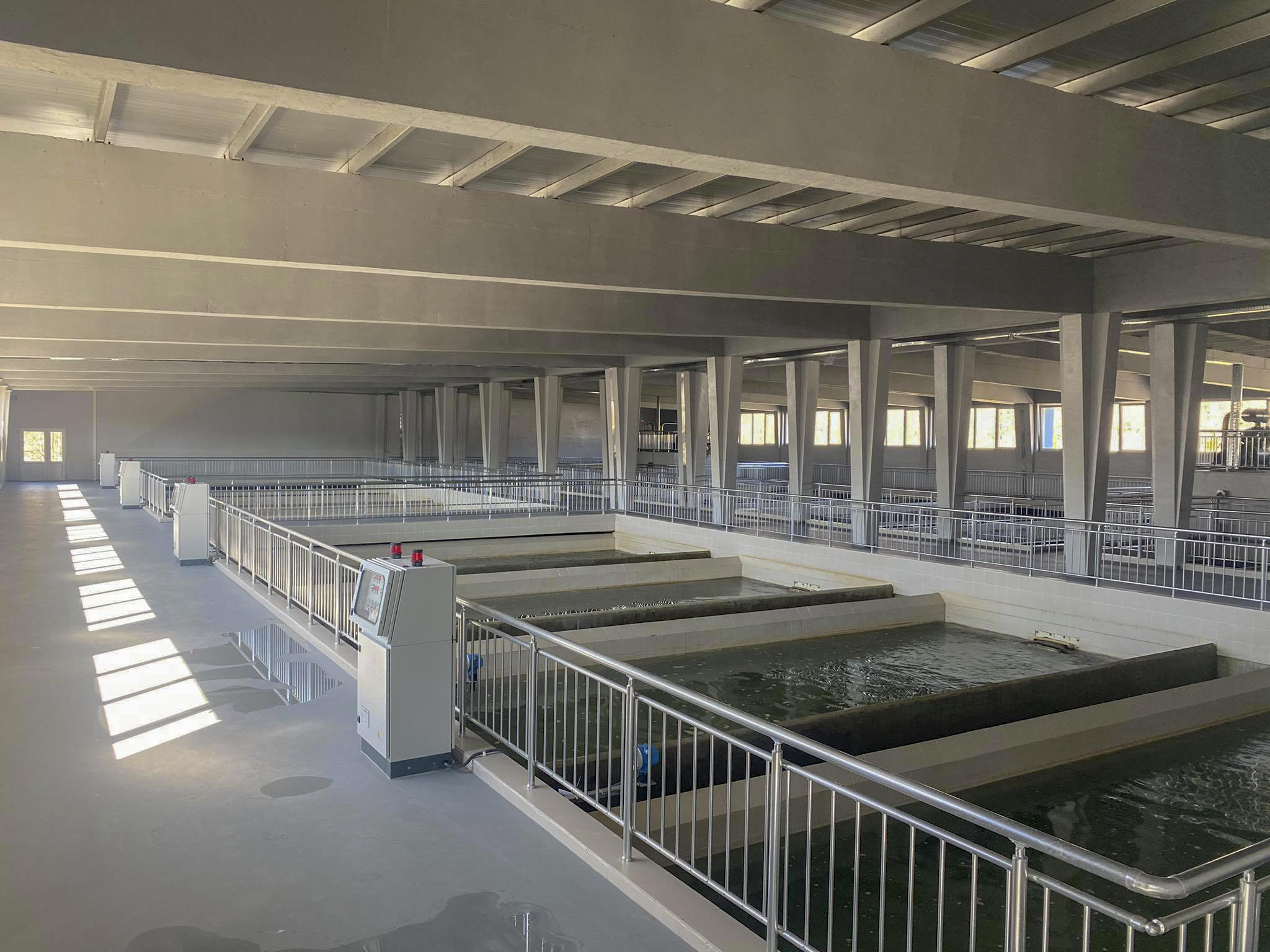 As opposed to KRU Gjakova, a recent report from the GAP Institute reveals, most public enterprises in Kosovo — such as the pension fund Trusti and the electric company KEDS — are overwhelmingly run by men. Trusti has no women in senior management or on the board and there are no women at all on the boards of 5 out of 14 publicly owned enterprises.

Zherka is currently waiting on the Prime Minister’s office and the Ministry of Economy to see if her temporary status will be made permanent. As it stands now, the government chooses board members from a pool of applicants for a three year extendable term. Anyone can apply to the publicly posted vacancy notices.

At KRU Gjakova the board sets the agenda, business plans and vision for the company. Because KRU Gjakova is the only water company in its region, it is a vital enterprise that has to serve its customers and manage environmental resources.

Despite women attaining higher levels of education on average, only 14.4% of women are in the workforce in Kosovo, compared to 46.2% of men.

In some enterprises like the Kosovo Property Comparison and Verification Agency (KPCVA) — an agency that verifies property ownership, a contentious topic in post-war Kosovo — three of the five supervisory board members are chosen by the European Union Special Representative and they are all women, including the Swedish Ambassador to Kosovo. Two local board members have yet to be appointed by the government.

Despite this representation at the top, according to their 2019 annual report, the KPCVA’s workforce is only 35% women across the agency as a whole.

According to GAP only 14.4% of women are in the workforce in Kosovo, compared to 46.2% of men. This is despite women attaining higher levels of education on average.

The GAP report notes that, “Even in terms of education, young women lead in terms of interest. In 2020, in public universities, at both bachelor and master level studies, there were about 10,000 more female students than male students, namely 34,532 and 24,266, respectively.”

Though younger women’s education rates are high, their continually low employment rates make it difficult for them to get the kind of experience necessary to be selected to sit on a board.

The government said it is aiming to increase women's participation in the workforce to 20% by 2024.

There are myriad reasons why Kosovo has one of the lowest regional rates of women’s participation in the workforce. These reasons have been extensively reported and studied. Social norms and cultural attitudes are a significant factor, especially in small towns like Gjakova, but Baruti and her colleagues feel this aspect of Kosovo — and Gjakova — is changing, especially with another woman as president.

In a statement to K2.0 government spokesperson Rozafa Kelmendi said, “For the first time in the institutions of the country there is a greater participation of women. Certainly not enough. Gender equality should not only be in laws and regulations which remain texts on paper, but to be translated into decisions and become part of the daily life for all of us. And with the decision on public boards, we have taken a step forward.” 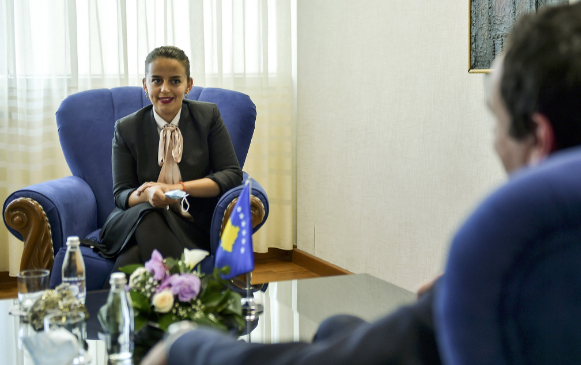 “The situation of women and girls in Kosovo society continues to be difficult, despite the fact that women have higher levels of education. Women are an integral part of the economy, but they are not part of economic development as due to structural barriers, they were excluded from the labor market,” said Kelmendi.

She also added that the government is aiming to increase women’s participation in the workforce to 20% by 2024.

One significant factor in keeping women in the workforce is how they are treated. Baruti said that the policy of flexible hours for women at KRU Gjakova helps keep women there. Employees who are mothers, she said, “are prioritized to leave two hours early.”

Baruti is the mother of two children under the age of five. Her husband owns a business and also works full-time, so being able to leave work early to pick up her children from kindergarten is important to her. Baruti also said that she was pleased with how she was treated at the company during both her pregnancies. 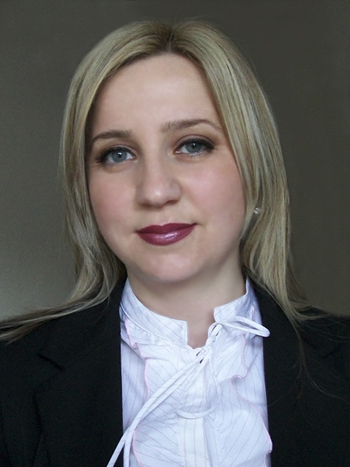 Policies like flexible scheduling, childcare at work, maternity and paternity leave help keep women employed. But these are not often properly implemented at companies in Kosovo either public or private.

The Kurti government campaigned on revising the maternity leave law and it is in the process of doing so now. The plan, according to Kelmendi, is to add paternity leave and to provide the minimum wage of 250 euros a month for six months to all new mothers who are unemployed.

Implementing the Law on Gender Equality

Previous governments and institutions have not kept their obligations to the Law on Gender Equality, which includes provisions for gender representation. According to GAP, “public institutions have ignored the legal obligation of equal representation thus far, interpreting the provisions of the Law on Gender Equality as non-binding.”

So far, 21% of the people to receive job appointments from the Kurti government have been women.

The government has been found at fault by the courts for this failure. With the decision for a quota on public boards, the Kurti government is beginning to address these past failures. “With the new government, we have the chance to reduce existing gender inequality and social injustice institutionally and legislatively,” Kelmendi said.

So far, 21% of the people appointed to the Kurti government have been women, compared to 14% for the previous Hoti government. According to GAP, at the national level, the civil service’s senior management is only 11% women.

Many countries across Europe have now instituted quotas for women on boards. These laws not only hold public boards to account but private ones as well. Iceland was the first. In 2008 the country passed a law that set a 40% gender quota for boardrooms. If companies fail to meet the quota they are dissolved.

When issues arose about finding suitable candidates, the companies were forced to make more efforts to reach out to women and also had to promote women from within the company and train them to take on the new roles.

The World Bank includes these types of policies, training and support, in its good governance guidelines for all board members.

Because there is a lack of data it is difficult to assess the effect of the quota decision on private boards in Kosovo, even though the situation of low female representation is similar to public boards.

Miranda Zherka, meanwhile, waits for her application to be approved by the government.

“I encourage all women that are capable of contributing to decision making, to have the courage and to take initiatives, to apply for decision making positions and to fight so that their voices can be heard,” she said.

Kelmendi said that it is the government’s view that “we still need emancipatory policies from above to guarantee change below, and we need organization and activities from below, which echoes above as well.”

K2.0 asked what Zherka would do to increase the number of women working in managerial positions at KRU Gjakova and to make it easier for the next generation. Zherka said she would encourage women to maintain ethics and professional principles.

She added, “It is needed that we as women be more supportive of other women and to be a good example for our daughters in the future.”K