Joshua Oppenheimer: “If you want to understand genocide, you have to understand the perpetrators.” - Kosovo 2.0
One-on-one | Film

Joshua Oppenheimer is a documentary filmmaker whose first feature length documentary, “The Act of Killing,” deals with the atrocities in Indonesia committed in the 1960s, when a million people died in anti-communist purges.

A Harvard graduate with a PhD from Central Saint Martins College, Oppenheimer is a professor of film at the University of Westminster. “The Act of Killing,” produced by two of the world’s most renowned documentary filmmakers, Werner Herzog and Errol Morris, took six years to make and came with a grave threat of repercussions. Some of the crewmembers had to be listed as anonymous in fears of revenge from the death squad members Oppenheimer had interviewed. After its release, the film went on to receive great acclaim.

In 2015, “The Act of Killing” was named as one of the top 50 films of the decade by The Guardian. Its companion piece, another feature length documentary, “The Look of Silence,” which examines the Indonesian atrocities from the point of view of the victims, won five prizes at the Venice Film Festival in 2014. Both films were nominated for an Oscar for the Best Documentary Film, which testifies to their importance, not only as films, but as historical and cultural artefacts that address the issue of war crimes.

K2.0 talked to Oppenheimer at the Sarajevo film festival, discussing his approach of talking about war crimes from the point of view of the perpetrators, and the necessity of understanding what leads people to committing such atrocities. Do war crimes strip the perpetrators of their humanity? Oppenheimer begs to differ. 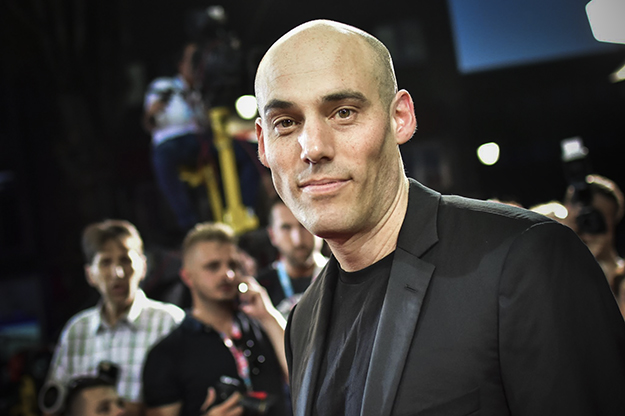 K2.0: My first reaction to “The Act of Killing” was that it was a story about atrocities, and about genocide, but from the point of view of the perpetrator. What made you think that was a good idea to begin with?

By doing that we are basically relinquishing any possibility of preventing genocide. We need to find a way in which we understand how human beings can be incited into acts of genocide and therefore find a way of organising societies so that kind of incitement can become impossible in the future. So I think if we want to understand any crime, we have to understand the perpetrators of the crime.

But I would just also say that I don’t think that the film is about genocide as such. It’s about impunity. There’s no claim made that the film offers the kind of clear history of the genocide in Indonesia, nor is there a claim made that Anwar Congo’s dramatisations depict what happened in any realistic way. That’s not to say that they are misleading about what happened, it’s just to say that what they really are doing is providing an illustration into his mind: the lies, the stories, the fantasies, and the self-deceptions that he’s clung to for all these decades so that he can live with what he’s done. That’s what the film is about. It’s about the imagination of impunity. How impunity imagines itself, how it performs itself. And in that sense it’s about escapism and fantasy — and guilt.

The film starts with this scene of absolute fantasy, a dream like sequence where the protagonists exit a huge fishlike structure and dance under a waterfall. But almost the very next scene is the one with Anwar Congo recreating the way in which he was murdering people with a wire — and then dancing the cha-cha! So you’re standing there and you’re in this position of an observer… How did that make you feel?

That was the very first day I met Anwar Congo. I didn’t know where he was taking me, I didn’t know what would happen. First and foremost, I knew I was documenting a confession for a crime that no one had documented before. Eight thousand people were killed in Srebrenica. At the Snake River, just at that one clearing of the river that we visit in the Look of Silence, 10,500 people were killed. And that was just one of many clearings on the many rivers of North Sumatra, which is one of many provinces of Indonesia.

I started to see that he was a man who was showing me pain, so of course I just watched and bore witness.

So I knew that I was getting testimony about a crime that had never been documented before. There was no plaque, there was no memorial in front of that shop. Maybe there were rumours, but no one knew. And then, Anwar immediately puts down the wire and says, “I’ve showed you how I killed, now you have to see how the victims died.” I thought, “Oh, why does this man now want to show me how the victims looked when they were suffering?”

Yes. And then when he dances the cha-cha, he says, “If I think about these things too much, I could go crazy, so I go out dancing, taking drugs, drinking… Look, I’m a good dancer!” As if to banish the pain that he just felt, he starts to dance. I started to see that he was a man who was showing me pain, so of course I just watched and bore witness.

There’s another scene where Anwar is showing these historical films to his grandchild. That was probably the most troubling moment for me, as someone from this region. A parallel can be made with what we struggle with — the younger generations are being indoctrinated into the same way of thinking: that there’s an enemy that threatens your national, ethnic or religious identity. This then leads to the conclusion that the atrocities are somehow justified. You said that you saw remorse, do perpetrators of such crimes really feel remorse? Because Anwar’s actions prove otherwise.

I said Anwar felt remorse. Anwar at the end of the film clearly suffers from nightmares and pain — and I think that pain breaks through the surface by the end. I think they’re human beings. I’m not saying that every human being is capable of the acts that Anwar committed, I’m just saying that we don’t know. That’s why that kind of indoctrination is so dangerous, because what you’re acknowledging by referring to that is that people can be turned into perpetrators.

But everyone is a human being, and I believe that every perpetrator I had filmed is boasting because they’re desperately trying to run away from a cloud of guilt and shame that follows them everywhere they go.

I think because they remain in power — they still run the country, they still have an official history that celebrates what they’ve done — they do the natural thing that anyone would do. If there are any rotten memories they cannot swallow, they sugarcoat those memories in the sweet language of the victor’s history so that they’re easier to swallow.

This is why they don’t simply say, “Oh, we exterminated the communists, it wasn’t that heroic.” Rather, they compulsively talk about the grisly details. Why do they need to talk about cutting off heads and drinking blood? Because those are the bitterest memories that they struggle to swallow. It’s because they know the difference between right and wrong that they boast in this seemingly inhuman way.

There’s a sentence in The Act of Killing where one of the characters says “War crimes are defined by the winner.” And then we have a situation like in Bosnia where you don’t have a clear winner and everyone feels like they lost. So you have this whole situation of people denying war crimes based on ethno-national belonging, even when there’s clear evidence to show what was done. Do you think this is true for every place in the world? That war crimes are defined by the victors?

It’s true everywhere in the world, yes. What’s interesting in Indonesia is that the crimes didn’t take place under the eyes of international media, the way that the genocide in Bosnia did. As a result of that, the government have never officially acknowledged the mass killings as something that the state organised. They have found it convenient to say that the whole nation rose up in spontaneous hatred to exterminate the communists. And they’ve found it convenient to allow the ageing death squad members to return home to their villages and boast, because in that way they become feared proxies of the state.

"We have this absurd situation where people are boasting all over the country about what would be a war crime according to the international definition, but that are not being called war crimes by the government."

So now we have this absurd situation where people are boasting all over the country about what would be a war crime according to the international definition, but that are not being called war crimes by the government. And that’s what leads to this amazing statement: “War crimes are defined by the winner; one day the Geneva Convention will be replaced by the Jakarta Convention.” That’s the next step, where we can imagine that all these crimes, if committed for a certain reason, will no longer be called war crimes, but will just be called self defence, or nation building, or some kind of a necessary intervention.

This interview has been edited for length and clarity.