Kosovo’s opposition parties need to suggest as well as scrutinize

When on Sept. 9, 2017 Ramush Haradinaj managed to receive 61 votes from the Kosovo Assembly to ascend for the second time to the Office of Prime Minister, many representatives from opposition parties in Kosovo were claiming that his tenure would be even shorter than his previous term in 2004-2005, when Haradinaj served just 100 days. At the time it seemed a plausible argument based on the number of government versus opposition deputies then present in the parliament (61 to 59).

The governing majority was, and still is, in a very precarious situation with opposition parties needing to convert only a handful of deputies to cause its collapse. However, the Haradinaj government managed to pass the symbolic 100-day milestone and seems set to continue governing well into 2018 and possibly 2019 without any major challenge in sight from opposition parties.

On the other hand, representatives from opposition parties seem content with talks of initiating a motion of no confidence against the government, but are fully aware that for it to be successful they need the support of one of the governing coalition partners.

The governing majority’s comfort stems primarily from the serious internal divergences within Vetëvendosje that appeared towards the end of 2017 and culminated with the official split in the first quarter of 2018, when 13 out of 32 Vetëvendosje deputies separated from its parliamentary group.

All but one of these deputies established a separate parliamentary group in the Assembly initially called ‘The Group of Independent Deputies,’ which later became the parliamentary representation for the Social Democratic Party (PSD). The other, Donika Kadaj-Bujupi, rejoined Haradinaj’s Alliance for the Future of Kosovo party, adding a crucial extra deputy to the coalition government.

While Vetëvendosje was dealing with an internal rift, the parliamentary group for the Democratic League of Kosovo (LDK) have continued with its careful opposition activities, mainly targeting financial mismanagement by the government. These activities have mostly been conducted by a new breed of deputies distinguished from LDK’s old guard, but a lack of coordination on parliamentary initiatives between opposition parties also eases the government’s position.

But how do the actions of Kosovo opposition parties in the Assembly of Kosovo fit with the existing frameworks for assessing the activities of opposition parties? A recent study published by Leiden University in the Netherlands outlines two ways in which opposition representatives can operate in the parliament.

The first is by attempting to change policy by amending the text of draft laws or even proposing new draft laws (‘policy-making activity’). The second is by voicing opposition to the government and its policies by asking questions and organizing oversight hearings (‘scrutiny activity’).

The ‘constructive opposition’ mode consists of parties primarily focusing on policy-making while neglecting scrutiny activities, whereas in ‘critical opposition’ mode, opposition parties’ activities center on scrutiny with no input on policy-making. The goal of a critical approach is to point out government mistakes and delegitimize its policies, while constructive opposition hopes to create an electoral majority in order to enact the newly suggested policies.

For most of 2018, the opposition at the Kosovo Assembly seem to have been in competition over who is initiating more scrutiny while their input into policy-making has been modest at best.

For most of 2018, the three opposition parliamentary groups at the Kosovo Assembly (LDK, PSD and Vetëvendosje) seem to have been in competition over who is initiating first and more scrutiny activities (resolutions, declarations, interpellations, debates, and investigative committees), while their input into policy-making has been modest at best, with only a few draft laws tabled.

On first glance, these actions fit with the ‘critical opposition’ definition. It also represents a continuation of a conflict driven approach to domestic political competition between governing and opposition parties that has led to a polarisation of discourse in the Assembly of Kosovo.

However, a more careful review of the content of the opposition parties’ initiatives reveals that they have used scrutiny activities to present some policy alternatives. This has been the case when resolutions, declarations and recommendations stemming from interpellation and parliamentary debates initiated by opposition parties were discussed and endorsed by the Assembly — as happened on issues over air pollution, youth policies, fighting crime and corruption, and removing mobile phone roaming charges between Kosovo and Albania.

- 15 out of 18 parliamentary debates (3 initiated by Vetëvendosje, 4 by LDK, 4 by PSD, and 4 by joint initiatives between Vetëvendosje and LDK);

- 12 resolutions and declarations (4 sponsored by LDK, 4 by PSD, and 4 joint initiatives of parliamentary groups);

While Kosovo’s opposition parties are seeking to maximise publicity for their scrutiny activities with the hope that it will translate into electoral support at the next parliamentary elections, they are failing to cooperate in enforcing more effective oversight and accountability of this bloated government that contains 5 deputy prime ministers and over 75 deputy ministers. Only recently have there been joint initiatives between Vetëvendosje and LDK on scrutiny activities.

Paradoxically, opposition parties holding less than a third of all seats in the previous mandate of the Assembly of Kosovo were more effective in influencing government policies than today, when opposition parties have almost half of all deputies. This demonstrates that the opposition’s impact is not necessarily dependent of the number of deputies but rather on coordination and focussed initiatives.

Kosovo’s current opposition parties have shown their ability to scrutinize the government, what it needs to do now is to confirm its policy-making credentials.

With a minority government in place that does not command a resounding governing majority, opposition parties’ hyperactivity in 2018 also meant that the agendas of several plenary sessions were overloaded. In May and June 2018, there were instances when plenary sessions contained 3-4 interpellations with the prime minister and line ministers in a single session, and sessions often had to be postponed because of their and other deputies’ absence.

This rather uncoordinated approach to ‘opposition-making’ inevitably led to distraction, as both the public and deputies were not able to absorb all the information and assess the merits of the facts presented when different policy areas were scrutinized during one session. Such an approach seems to have favoured and benefited the governing majority, who prefer there to be a lot of talk and no real impact in the Assembly.

So far, Kosovo’s current opposition parties have shown their ability to scrutinize the government (when it showed up in the Assembly), what it needs to do now is to confirm its policy-making credentials by presenting sound policy alternatives in a coordinated manner. 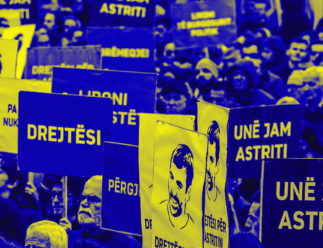 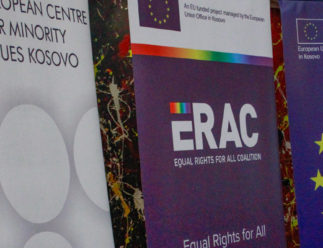 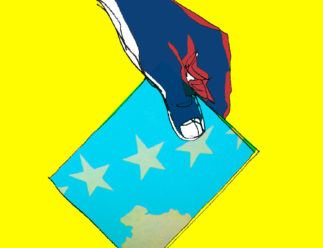 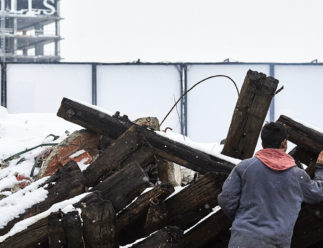 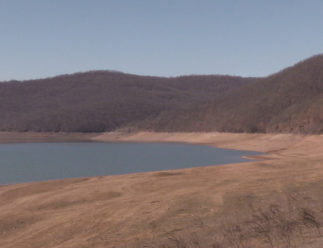 The Storm Over Lake Badovc 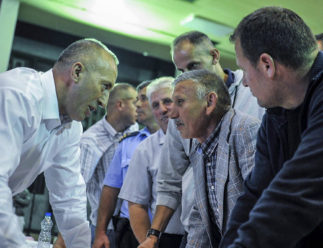