Do you remember the ’99 cult movie “The Matrix”? Recall the moment when Morpheus, the leader of the resistance, wants to reveal the reality of the Matrix to Neo, and tells him: “You take the blue pill — the story ends, you wake up in your bed and believe whatever you want to believe. You take the red pill — you stay in Wonderland, and I show you how deep the rabbit hole goes.”

According to Kosovo’s IT gurus, this story rings somewhat true here. You take the blue pill — the story ends, you continue to believe that studying law or economics is the best bet in order to find a secure job in the future. You wake up in your bed and believe that investing in agriculture, roads and energy are Kosovo’s only route toward economic growth. You take the red pill — you stay in computer technology land, and not only you, but maybe the entire country could manage to pull itself out of the depths of poverty it is stuck in.

In recent years, it seems to have come to the attention of many that those who work as either tech freelancers or in companies dealing with software and technology services are part of that small percentage of people that have higher living standards than most.

These people, the IT professionals and software developers, are responsible for pretty much everything that happens as soon as you push the power button on your laptop, computer, smartphone or smart TV. They make apps, websites, games, special effects for movies and even program the blessed snooze button on your alarm clock.

People with these sets of skills are highly sought after, especially because there are only 23 million of them (expected to reach 27.7 million by 2023) in a world that has been swept by a digital revolution.

Since the internet thankfully knows no borders and requires no visa, all one needs to get into this lucrative business is a computer of some sorts and experience in programming.

Çelik Nimani, a co-partner of the Kosovar software development company Frakton, underlines that the number of developers is not capable of fulfilling the existing demand.

“In the last five years, there has been a boom in the software development industry, because all other industries are seeking to offer their services through software and to be digitalized,” Nimani says. “Also, the old companies that use old software are looking to renew, and start working with new technologies.”

But when demand is high, the prices for providing such services tend to be equally high, therefore many companies, especially in more wealthy western countries, look for cheaper prices by outsourcing such tasks to countries where the labor force is cheaper.

Herein Kosovo comes into play, and since the internet thankfully knows no borders and requires no visa, all one needs to get into this lucrative business is a computer of some sorts and experience in programming and voilà, you are part of that small percentage of people in Kosovo with good, secure and high-paying jobs. 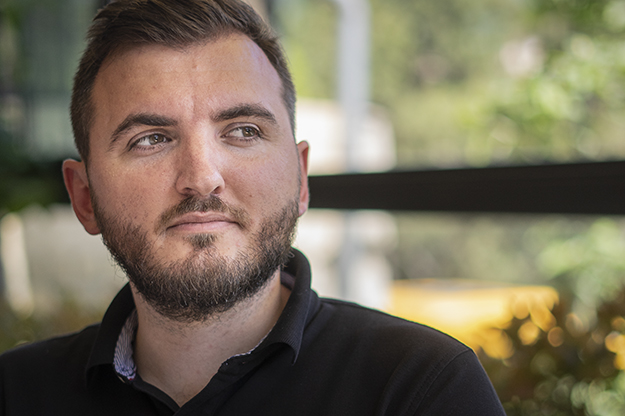 What is even more enticing is that this industry is one of the few in Kosovo where there is a lack of workers, not of work. “If you look at job vacancies, you will see that every second company is asking for new workers,” Nimani says.

It’s not only foreign businesses hiring Kosovar labor in the programming sector.

Newfound respect for those who ‘sit behind a computer all day’

It seems that many people have gotten the memo.

Donjeta Sahatqiu, the CEO at Rrota — one of the oldest digital agencies in Kosovo — says that they are being bombarded by emails from young people who ask whether they can come for an internship.

“They want no money, no nothing, only to learn,” says Sahatqiu, adding that it was not always so. “I remember that during 2010-11, it was very difficult to even encourage someone to do an internship, and to understand the value of an internship.” 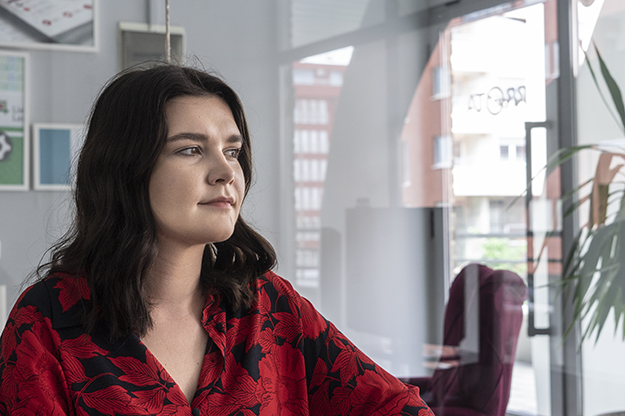 But in earlier years, one could only find words such as “programming” and “cool” in the same sentence as opposites.

Arianit Fazliu, co-founder of Kutia Digital Agency, says that the winds have changed just in the last two years, and that the negative perception of “people who sit behind a computer all day” has vanished. He says that now, “the young have seen that the light at the end of the tunnel can be reached far more easily through information technology.”

While this increased awareness about the benefits of the industry can be attributed to the fact that technology has become an extension of our bodies, at least in Kosovo, the influence on young people’s professional development both of IT companies and other organizations and institutions cannot be denied.

As an example, Nimani says that Frakton “takes interns, trains them for a period of two to three months, and if successful they start working as junior developers to gradually develop further. In this way they will professionally grow within the company,” he adds.

Teaching programming to students of seven might seem counter-intuitive, but for everyone who has seen the mastery of children as young as three with a smartphone, it isn’t strange.

Even if some of them decide to pass on to another company, Nimani says that there is no ill rivalry between them, because it only serves to further grow the developer community — which he estimates to number around 5,000 members.

It is too little, as all the interviewees admit, but this issue is being tackled by other individuals such as Hana Qerimi and her partner Darsej Rizaj, who in 2015 decided to open the Shkolla Digjitale (“Digital School”), into which they invested all of the 2,000 euros that they had.

“Considering the increase of the demand from international markets to outsource to Kosovar programming services, and on the other hand, the low level of supply of programmers from our market, my partner Darsej Rizaj and I came up with the idea of creating a private company where we would educate Kosovar youth on programming skills and prepare them for the current and future highest demanding jobs,” Qerimi says.

Since their modest beginnings, Shkolla Digjitale now boast of 1,500 active students, from the age of 7 to 18, both in Prishtina and Ferizaj. Teaching programming to students aged 7 might seem counter-intuitive, but for everyone who has seen the mastery of children as young as 3 with a smartphone, it isn’t strange — especially “considering the amount of time youth spend on tech, and on the other hand, the high demand for this profession globally,” Qerimi says.

Besides, she adds, learning programming from a young age helps them develop logical and critical thinking, which she says are the most crucial skills to programming. 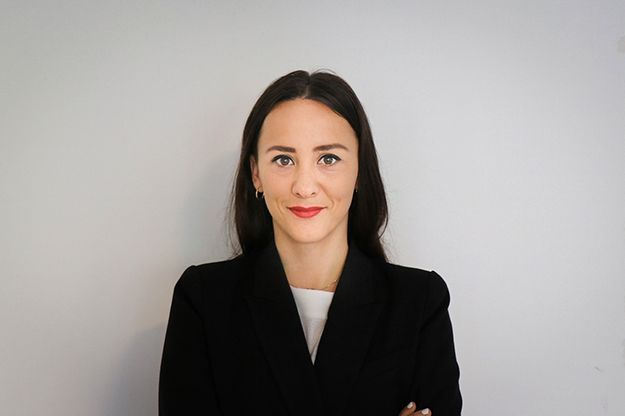 From the shadows to prominence

The tech industry has become ragingly successful by Kosovar standards, especially in the last few years — but it still seems that the government remains somewhat oblivious to the potential this economy offers. While no one disputes that programming skills can lead to success and wealth, it still tends to be conspicuously missing from governmental plans for economic development.

“They have other priorities,” Nimani says. “Agriculture continues to be the main orientation by the government because it is a product that can be seen. While software — even though we continually create new jobs, better standards of living, higher wages and our workers are from 21 to 23 years old, meaning that they get hired as soon as they leave the faculty, sometimes even before — it does not leave any mark of impression on them.”

The opportunities and capabilities of technological intervention in Kosovo seem endless and even dreamy.

Nimani suggests that government officials tend to talk about it when it comes up as a topic in various discussions, but is not proactive.

“The other thing is that IT is the only industry sector with a positive balance,” he states. “When we export, we bring in money in the most simplistic meaning. Even statistics from last year say that it was around 300-400 million euros of services exported.”

The positive aspect, however, is that be that as it might, the IT sector will — for now, at least — seemingly continue to expand on its own as it has done to date.

According to Ermal Sadiku, the CEO of one of the largest companies for software development, LinkPlus IT, the reason for which the government does not seriously invest in the IT sector is primarily because the product is not as visible.

“It is far easier to invest in a farm where you can see the chicken,” he says, “but another reason is that it is harder to steal [in the tech industry] than for example with asphalt,” an industry in which there have been various corruption scandals in recent years.

If government ever considers seriously investing in the tech industry, the opportunities and capabilities of technological intervention in Kosovo seem endless and even dreamy. One of the first steps in this direction could be to increasingly digitalize the vast and paper-reliant Kosovar bureaucracy.

“By digitalizing you would make life easier for the society in Kosovo,” Sadiku says. “They would not have to wait for birth certificates, or marriage certificates, no need for ID cards because you would digitalize them, thus it would be on your phone. You wouldn’t have to run for a document [showing] that you are not under investigation because you could download that from an email.”

Sadiku concludes that all in all, processes such as applying for a construction permit would go from needing to run around and notarize and process “20 different documents,” to just a few clicks of a mouse button.

Kosovo has the youngest population in Europe, and has already one of the highest internet penetration rates in Europe, leading the Balkans with 84.8 percent of households being connected; the infrastructure needed to digitalize Kosovar institutions and to form a new generation of successful programmers and IT specialists is relatively inexpensive — most people already own a computer and a smartphone.

Therefore, a key ingredient that is lacking from a Kosovar technological success story that might help raise the country up to the international stage, seems to be institutional will.