A considerable number of non-governmental organizations (NGOs) operate in our country. However, in 2016, some NGOs came to the conclusion that although many different projects are organized, cooperation between NGOs is often lacking. According to the group, this resulted from a situation in which the work of NGOs was solely concentrated on the special groups with which they work, or was extended to certain regions only.

Starting from this, seven NGOs decided to form the Equal Rights for All Coalition (ERAC) and to cooperate on a common project. The coalition is comprised of the following organizations: the Youth Initiative for Human Rights – Kosovo (YIHR), the European Center for Minority Issues Kosovo (ECMI), the Center for Equality and Liberty (CEL), the Kosovar Center for Gender Studies (KCGS), the Center for Local Aid and Regional Development (CLARD), the Center for Social Group Development (CSGD), and Kosovo 2.0.

The objective of the coalition is to protect and promote basic rights of marginalized groups. The project specifically focuses on minorities, women, young people and the LGBTI community. With the aim of expanding the project as much as possible, the coalition cooperates with 19 other NGOs at the local level.

The coalition has implemented a series of activities that focus on analyzing, denouncing and advising, as well as improving the general situation regarding how these groups are treated. Some of the concerns that have been raised from the project are: just and proportional representation of minorities, the inclusion of women in decision making and their labor rights, ethnically motivated incidents, the protection of the LGBTI community and their access to public services and others.

On International Human Rights Day, representatives from the organizations that comprise ERAC share their opinions regarding which issues are most important in the field of human rights in Kosovo. 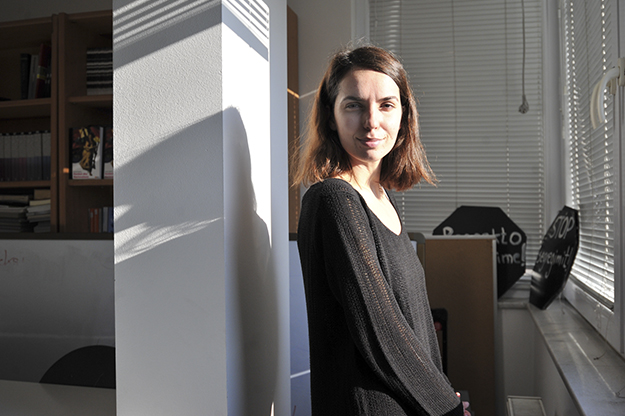 The youth in Kosovo face many issues but the fact that they are excluded from political and public life is very concerning. The low level of inclusion of young people in decision-making and other policy making processes comes as a consequence of institutions being closed to them. This disables them from utilizing their rights as active and equal citizens. Consequently, with the absence of youth, policies are created which do not represent their interests or fulfil their needs.

Public institutions must create concrete mechanisms which enable youth participation in every instance of governance, as well as policies which stimulate and raise awareness among young people for active participation in political and public life. 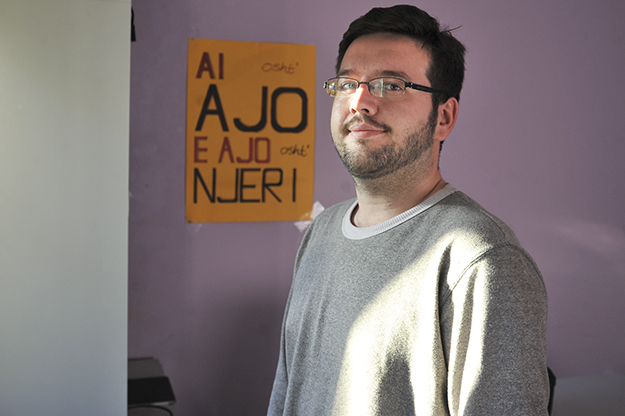 The advancement and protection of Lesbian, Gay, Bisexual, Transgender and Intersex (LGBTI) rights continue to be an ongoing struggle for Kosovo. The introduction of the liberal human rights legislation which has set the foundations of the newly created institutions of Kosovo has not necessarily represented the societal beliefs, and this has the most obviously been represented in the case of LGBTI rights.

Strongly patriarchal values constitute the origin of the deep gap between the spirit of the law and the societal norms that continue to prevail and be nurtured by the education system and ineffective rule of law. Consequently, the patriarchal values of Kosovar society remain largely unchallenged, giving way to the discriminatory practices endorsed by “tradition.”

This has led to a situation where LGBTI rights remain absent from the local human rights vocabulary. In most cases when the silence is broken, it echoes the conviction of LGBTI rights being an internationally imposed norm. Accordingly, a high percentage of law enforcement and public officials perceive the LGBTI issue as pushed onto Kosovo by the international community.

This situation, in which the law does not match the social norms, has enabled the growth of homophobia, discrimination, and hate speech on one side, and the reluctance of civil servants to fulfil their duty to promote and protect LGBTI rights on the other. As a result, the majority of LGBTI persons lead hidden lives, whilst the ones who are open about their sexual orientation or perceived to be members of the LGBTI community face various forms of psychological and physical violence from their families, society, and institutions.

Furthermore, LGBTI rights are not part of the policies of political parties, which in most cases refuse to address LGBTI rights, or even comment on them due to the fear of losing votes. In a National Democratic Institute opinion poll, 60 percent of the general public declared that they would not vote for a political party that defends LGBTI rights, even if that party would address the most important problems of the country. 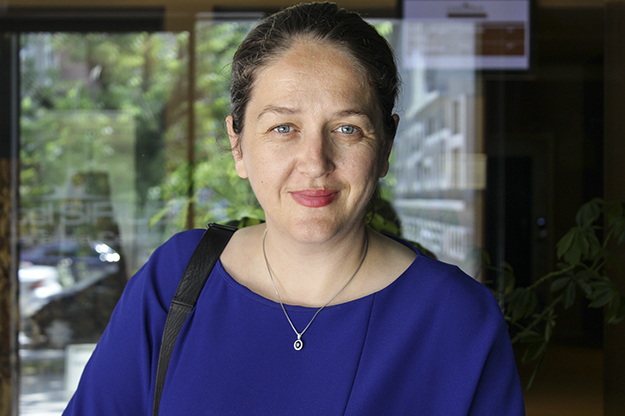 Women continue to face many challenges in Kosovo’s society. The most important challenges they faced during 2017 were gender-based violence, a lack of implementation of legislation, the informal labor market in the private sector, and sexual harassment in the workplace.

Gender-based violence in Kosovo is a prevalent occurrence, which has been shown to begin very early in the lives of Kosovo’s youth. What is even more concerning is that gender-based violence is justified and excused. According to the International Men and Gender Equality Survey, 41.4 percent of respondents in Kosovo partially or fully agree that there are times when women deserve to beaten.

Although Kosovo’s legislation is considered to be very advanced and democratic on paper, its implementation lacks in practice. The Law on Gender Equality, which sets out the necessity for equal representation of both women and men in all public spheres, continues to not be implemented even by central institutions, including the Kosovo Assembly, the body responsible for adopting laws.

The private sector continues to operate, to a great extent, informally. Women work without contracts, for prolonged hours, their maternity and other types of leave is not paid for as foreseen by the law, and are sexually harassed more than in public and civil society sectors. Very few women are engaged in management positions, often making them subject to unfair, unethical and indecent treatment.

Sexual harassment in the workplace is still considered a taboo. There have been no cases reported to the mechanisms in place, although more than 50 cases have been reported through the EcShlire app. KGSC is working with other civil society organizations to incorporate sexual harassment into the Criminal Code, which is being amended. 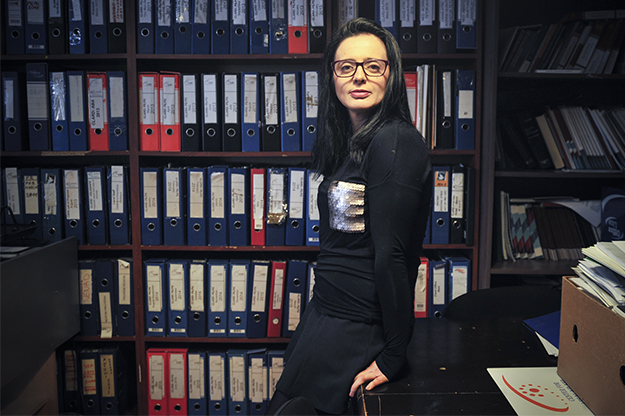 It usually ends like this: ‘God bless you.’ This is one of the most commonly heard phrases in our office when we finish working with clients who request free judicial help. Helping citizens who are in need of this service is the best feeling that a professional can experience, especially when that person’s legal rights have been violated and you are providing them a service that helps in this regard, and is free of charge.

CLARD provides up to 90 sessions of free legal advice and judicial aid every month. We also provide legal aid in cooperation with relevant institutions.

Offering such services has its challenges in everyday work. As jurists, we try to offer judicial protection, but it is also challenging to bring back the faith of citizens in decision-making institutions, especially the Courts.

Citizens often say that decisions are influenced by politics, and that the backlog of cases in the courts makes the situation all the more difficult. But it is important that after overcoming the challenges that face us as citizens and when we end cases successfully, we feel that sense of pride which motivates us to push other processes forward. 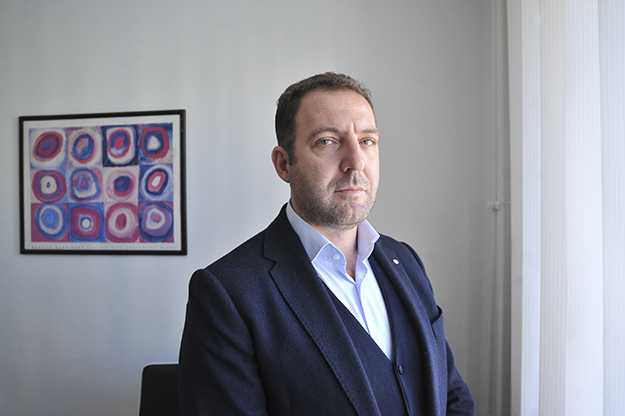 One of Kosovo’s biggest challenges in 2017, regarding the rights of communities, is full implementation of legislation. It is a well known fact that Kosovo has developed a constitutional framework and advanced legislation regarding rights of communities and their respective members. This framework was set throughout the many years of international administration in Kosovo and through the Ahtisaari Plan.

Kosovo’s challenge is the implementation of this framework. This issue has become more complex due to the fact that a part of Kosovo’s territory has residents that refuse to enjoy these rights. Such is the case with Kosovo’s northern municipalities. Caught between the desire to exercise authority over all of Kosovo’s territory and the lack of human resources and capacities to realize this desire, as well as the general economic situation, Kosovar authorities are often criticized by many national and international mechanisms that observe and follow their work closely.

Because of this, increasing the capacity of public institutions to address the full implementation of the framework for protecting rights and interests of communities is crucial. The overall political climate and the process of normalizing relations with Serbia is naturally a necessary precondition for further stabilizing inter-ethnic relations in Kosovo, and implementing different provisions that influence every sphere in the lives of minorities in the Republic of Kosovo. 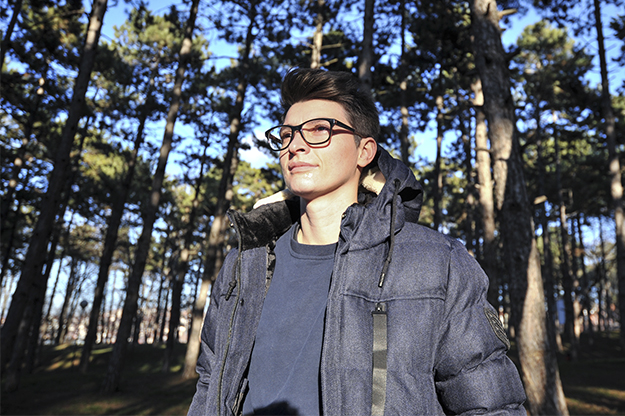 Our organization, CEL, will continue to work as it has done thus far, prioritizing training and different campaigns for empowering the community. We will also raise awareness among social groups such as journalists, students, members of the community, the police and the judiciary. This will be our target.

The first project that we are thinking about doing next year is to train a few psychologists so that the first phase of transition for trans persons can be done in Kosovo. This is because through research conducted in 2016, we found that healthcare personnel have limited knowledge about how trans persons need to be treated.

The trans community is extraordinarily discriminated against by society and we must raise awareness so that we reduce the level of prejudice. It is problematic that our society still sees members of the communities as sick people. That is why violence is used against them. All this should push us to better inform people regarding this because it is clear that basic information is lacking. In many cases even family members distance themselves from their trans relatives.

Since we have mentioned violence, I must highlight that the lack of implementation of legislation has incited it. When a person physically attacks someone and is not punished for it, another person can perceive this as a signal, that members of this community can be attacked without repercussions. We have sent recommendations to local institutions, requesting that they include sexual orientation and gender identity in the penal code.K

This article was written by Kosovo 2.0 as part of the Equal Rights for All project, co-funded by the European Commission. The contents of this publication are the sole responsibility of the project and can in no way be taken to reflect the views of the European Union.