Miljenko Jergović: I am genuinely afraid of our countries entering the European Union - Kosovo 2.0
One-on-one | EU

Miljenko Jergović: I am genuinely afraid of our countries entering the European Union

One of the region’s most important writers talks fascism in Europe, the future, and migration.

Born in Sarajevo, Yugoslavia, Miljenko Jergović is one of the most significant and prolific Balkan writers of his generation. Having started his career as a journalist, Jergović has created a rich literary body of work and is now considered a star of the European literary scene.

Having won multiple awards and recognitions for his writing, Jergović is also an excellent analyst of socio-political currents in Croatia, where he now resides, as well as in the rest of the former Yugoslavia.

K2.0 got in touch with Jergović to discuss the growing European right wing, our relationship towards immigrants and refugees, departures and memory, and the future of the countries of the region if they become a part of the European Union.

K2.0: In the context of our region, I think that the rise of right-wing sentiments in Croatia in recent years is very interesting, if not also problematic. We have seen what happened with the Istanbul Convention, where the inclusion of all LGBT+ identities into the convention’s guidelines on protecting people exposed to domestic violence was understood as an attack against the state. It is not just the Istanbul Convention — there is a sense that only one matrix can exist, the hardline right-wing one, while everyone outside of it automatically becomes an enemy of the state. How can we understand everything that is going on? What can we expect in the future?

Miljenko Jergović: In Europe, this comes down to a form of newly envisioned, domesticated neo-fascism or neo-nazism. It differentiates from the traditional one, at least at this stage, by not opening concentration camps, but it is doing everything that can be done to justify and argue the reasons of those who did exactly that in the ’30s and ’40s.

To them, communism is what fascism was for post-war Europe, meaning, the ultimate evil, while fascism is a word bereft of meaning, since they have incorporated that meaning into their own worldview.

In Croatia, things are a bit different. Here we have the open rehabilitation of traditional fascism. State-run Croatian Radio Television (HRT) claims that the Jasenovac concentration camp never existed, that the Ustasha didn’t commit crimes, that Croats fought in Stalingrad together with Hitler for the salvation of Europe… I don’t know what kind of future can come out of all of that. 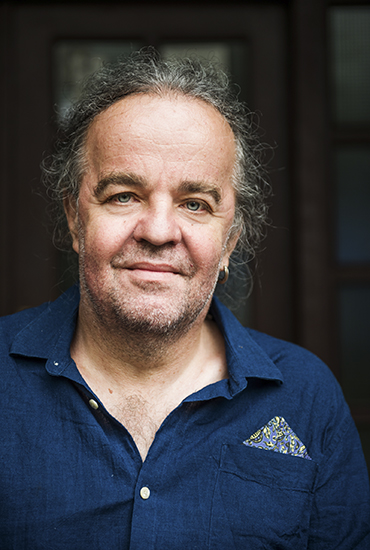 At the same time, we are witnessing mass emigration in the region, especially from Croatia and Bosnia and Herzegovina. It seems like this is not the usual ‘brain drain’…

No. It is a departure of no return, ever — a complete change of one’s code of identity. For the first time, people are leaving in order to become some other people, not only to change their existence, but their personal essence. This tells you about the countries they are leaving and the state of identity they are relinquishing.

Parallel to this, we have a situation with the increased arrival of ‘migrants’ — refugees and immigrants who are now traveling through Bosnia and Herzegovina to reach Croatia and the EU. Should we characterize this as a crisis?

Movement should not be characterized as a crisis. The paranoid among us claim that people from Syria and other Middle Eastern, Near Eastern, and African countries migrate due to economic, and not political reasons, and they are probably right to some extent.

It is up to us, however, to notice that this is the first time in history that the human desire for work and a better life is being criminalized — something that both the United States and Europe was built on is being declared a crime, or dangerous behavior. Today’s migrants, political and economic, are doing exactly what was done by our further and closer ancestors.

You were a refugee yourself and eventually stayed in Croatia. How does it feel to watch others in a state of exodus, also in terms of our reaction to those people? How can we comprehend the xenophobia and racism which is becoming increasingly present in societies filled with people that were in the same situation less than a quarter of a century ago?

I was not a refugee. I came to Zagreb in the summer of 1993 as a gainfully employed man, a correspondent of the Slobodna Dalmacija [newspaper] from Sarajevo. I just continued doing my work from a different city.

But according to my inner self, then as well as now, I felt a part of that deprived, distressed and humiliated refugee crowd — exposed to all imaginable and unimaginable prejudices of the places they found themselves in. Refugees are deprived of the right to have any prejudice about the world they fled to, while that world, or its worse parts, feeds on the prejudices about refugees, their culture, hygienic habits, way of life…

For instance, one of the right-wing mantras is that refugees bring in another culture, advocate for a different way of life, which then endangers our own way of life. I don’t believe that “ways of life” are brought into question in this manner and it is absurd to believe that disenfranchised masses could influence the way of living of the civic majority that legally enjoys all its human and civic rights.

Syrian refugees, for instance, in their previous way of life do not differ from the Europeans. They lived just as we did until the war left them bereft of any possibility of keeping their own way of life. This means that they come to Europe precisely so that they could carry on living like Europeans, not to change the European way of living. That’s all that needs to be said about right-wing paranoias and fascistoid fantasies and phantasmic projections. 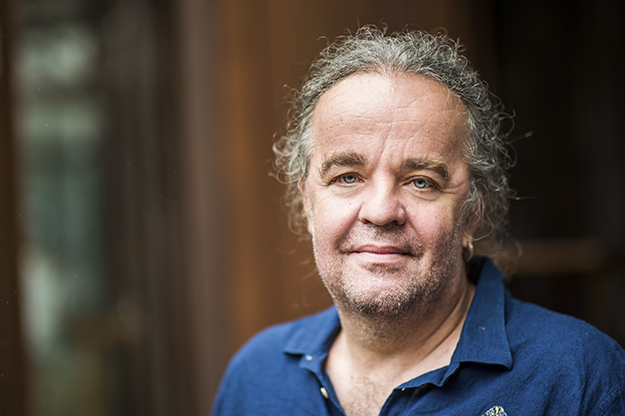 In this context we should mention your new book, “The Move Out” (“Selidba”), which to a certain extent talks about the last chapter of migration: relocating one’s memories. Is there such a thing? Can we move out of our memories?

It is probably impossible, but literature often deals with impossible things. However, memories can be archived; a new, fictional world can be created from them. Memories are precious, because memories make up the most precious things we have. I am what I remember. Without it, I don’t exist. It’s like this with every person.

The football World Cup is ongoing: We have witnessed, again, nationalist outbursts from both fans and players of Serbia and Croatia. On the other hand, the most condemned were the two players of Switzerland, Shaqiri and Xhaka, who celebrated their goals against Serbia by showing the “Albanian eagle.” Do migrants and refugees have the right to a response to those who forced them into that torment? Or is this about something else?

Your question isn’t set up right. Shaqiri and Xhaka are Swiss citizens who are representing the Switzerland national team. If they wanted to, they could have chosen to represent the national team of Kosovo. It is improper to wear the jersey of the Swiss national team, and to demonstrate a type of half-baked nationalism. This is not an immigrant situation of any kind.

Football players are quite rich, well-situated gentlemen, whose rights are not endangered in any way. They sometimes use [their status] to sell nationalism on the cheap. I don’t necessarily mean to imply Shaqiri and Xhaka as such, who are, it should be said, phenomenal players.

I’m referring to a number of top football players, for example the Croatian national team player Domagoj Vida, who dedicated the victory against Russia to the people of Ukraine and the club he [played] for in Ukraine, while also adding “Belgrade is burning!” It is completely unclear how Belgrade came into this story. Vida is simply trying to cash in on his game on multiple sides, while labeling it as a political and a highly patriotic act. It’s despicable and dangerous. 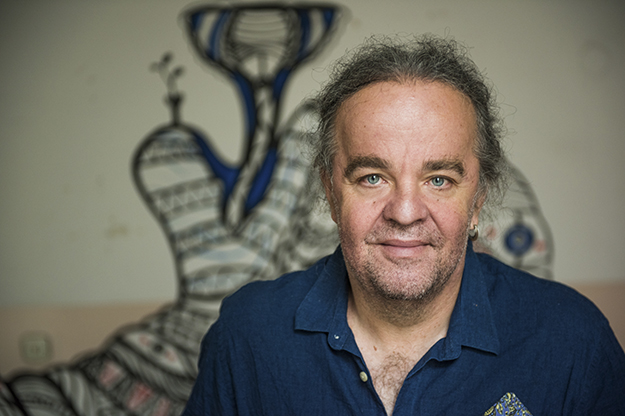 There is increasing talk of the accession of the so-called Western Balkans region into the EU. What is the future of Bosnia and Herzegovina, Serbia, Montenegro, Kosovo…? As someone who lives in Croatia and the EU, while also familiar with the situation in other countries of the former Yugoslavia, what do you think we can hope for?

I don’t know. After Croatia’s accession to the European Union, not only did Croatia not get better, but it became a much, much worse country than it used to be. The European Union possesses mechanisms for the control of the state of affairs regarding human and civic rights in candidate-countries, but has absolutely no mechanisms of that kind in terms of member states.

So, in the European Union of today, the member states range from model liberal democracies to pretty crude, anti-immigrant, anti-Semitic, pro-fascist by sentiment dictatorships such as, for example, Orban’s Hungary. I am already genuinely afraid of Serbia’s accession as well as that of our other states to the European Union, because I don’t sincerely think that they will change into model liberal democracies, but into something similar to Hungary or even Croatia.K

This conversation has been edited for length and clarity. The interview was conducted in Bosnian/Croatian/Serbian.