Second of a 5-part focus on those representing Kosovo’s minorities.

When Kosovo declared independence on February 17, 2008, much of the focus was on the majority Albanian population. But with between 7 and 12 percent of the population estimated to comprise of ethnic minorities (sources vary as Serbs and Roma partially boycotted the last population census in 2011), the new state’s blue and yellow flag symbolically included six stars — each one representing a minority community, or communities; Kosovo was to be a multi-ethnic state, with strong non-majority rights.

One of the stars on Kosovo’s flag represents the Bosniak community, which, according to the population census in 2011, is the second biggest non-majority community in Kosovo with over 27,000 inhabitants, or 1.6 percent of Kosovo’s overall population. However it is estimated that more than 3,000 Bosniaks live in the north of Mitrovica where the census failed to be completed.

As part of efforts to secure rights for non-majority communities, the new Constitution guaranteed political representation for their members. Out of 120 seats in the Assembly, 20 are reserved for non-majority ethnic groups, allocated based on the relative size of their populations; Serb representatives are guaranteed 10 seats, four for Romani, Ashkali and Egyptians, three for Bosniaks, two for Turks and one for a Gorani representative.

Article 96 of Kosovo’s Constitution also regulates the share of power for communities in the state’s executive bodies, while the government of Kosovo is obliged to have a composition that includes minority parties.

However, despite all the reserved representation within Kosovar institutions, the Bosniak community faces various difficulties living in the Republic of Kosovo and rarely make it into the mainstream debate on important issues. K2.0 sat down with two deputies from the Bosniak community to discuss the shortcomings and challenges of being part of political life in Kosovo.

Since 1999, Kosovo’s Bosniak community has been continually represented in the country’s main political institutions by Koalicija VAKAT, a coalition of three political parties. However, more recently VAKAT have found themselves being strongly challenged for votes by the newest party to emerge from the Bosniak community, Nova Demokratska Stranka (NDS), which was established in 2009.

The president of NDS, Emilija Redzepi, won a seat in Kosovo’s assembly in the 2014 elections, the first Bosniak from outside of VAKAT to do so. She tells K2.0 that the party was founded by Bosniaks in Kosovo who felt discontent at how they were being represented by the coalition. “We saw politics differently, not like VAKAT, who only saw personal gains, and did not work for the Bosniak community,” Redzepi says. 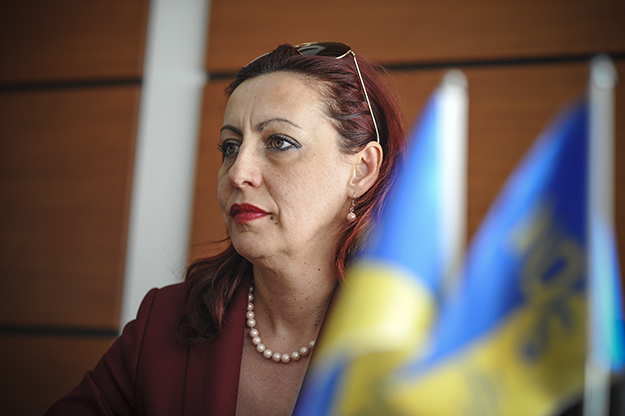 Emilija Redzepi is part of a growing movement amongst Kosovo’s Bosniaks unhappy with how they have been represented politically. Photo: Atdhe Mulla / K2.0.

It was this discontent towards VAKAT that, at least according to Redzepi, resulted in NDS gains in the 2014 election. The party she leads currently holds the position of deputy-mayor for communities in Prizren— a city where the Bosniak community is the second largest, making up around 10 percent of the overall population.

For Redzepi, VAKAT has failed to empower the Bosniak community, both within the Kosovo Assembly and the parliamentary group made up of deputies from non-majority communities known as ‘6+.’ The 6+ group features two Bosniak deputies (Cerim Bajrami and Duda Balje from VAKAT), two Turkish deputies, an Ashkali deputy and a Roma deputy.

“In the 6+ everything works in favor of the Turkish community despite the fact that there are two Bosniak deputies,” Redzepi complains.

However, one of the two deputies in the group, Cerim Bajrami, argues that the power of the Turkish community and the position of the non-majority communities are not only dependent on internal factors. 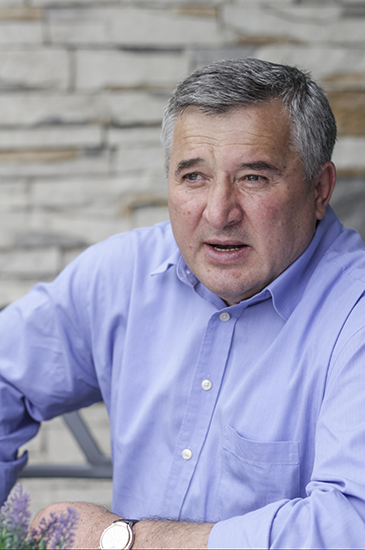 “The Republic of Turkey is a powerful country and has continually supported Kosovo,” Bajrami states. “Having this support, [Kosovo’s] Turkish community has had more power in Kosovar politics.”

Unlike other communities in Kosovo, who can use leverage from other powerful states to improve their political rights within the republic, the Bosniak representatives proclaim Kosovo as their only state — partly due to support from Bosnia and Herzegovina (BiH) being absent over the years. “Bosnia is the motherland for education, culture, history, and tradition — but our birth country and state is Kosovo,” Bajrami states.

Alongside Serbia, BiH remains the only state in the Western Balkans not to recognize Kosovo. The two countries’ strained relations, including a strict visa regime between the two states, has had a strong impact on Kosovo’s Bosniak community.

“My brother lives in Bosnia. The last time I was there was 2012 and I needed to get a visa,” Bajrami explains. “For us, to get a visa for Bosnia is more difficult than to go to Canada or Australia.”

His political opponent Redzepi goes even further, hailing the decision by Kosovar authorities to apply the measures of visa reciprocity with Bosnia and Herzegovina back in 2014, although she believes that “Kosovo should be open for cooperation with the region.”

This lack of support from BiH often leads to a reliance on Kosovar Albanian politicians, by whom the Bosniak community representatives often feel dominated and neglected. “As far as I can see, the Albanian majority often thinks that the votes of the nine deputies — the 6+ and the three other deputies from the [non-Serb] non-majority communities [the Gorani deputy is in the parliamentary group of Lista Srpska] — are secured and they always make these calculations,” Bajrami says.

In the Assembly, Redzepi sits within the largest parliamentary group, the Democratic Party of Kosovo (PDK), but is adamant that this affiliation has not influenced her independence. “I have voted even against the prime minister of the Republic of Kosovo,” she insists. “I have my own stance and no one can interfere.”

However, Bosniak politicians have at times seemed to have less power to change things on the ground than their Turkish and Serb counterparts, as promises to the Bosniak community from Kosovar institutions have often gone unfulfilled.

The main political goal of the Bosniak parties, both VAKAT and NDS, is to form the municipality of Recane, near Prizren. Kosovo has undergone a process of decentralization, transferring and delegating certain powers from central institutions to local, while many decision making policies will also eventually be passed over to local government.

“We must protect this beautiful part of the country for Kosovo, not only for the Bosniak community.”

The creation of the municipality of Recane, which would eventually receive these powers, is a longstanding promise by Kosovo’s leading figures, which many in the Bosniak community feel would enable their own self-development. Last month, Redzepi posted a photo on Facebook showing her shaking hands with Kosovo’s prime minister Isa Mustafa, with a message claiming that she had “won public support for the municipality of Recane.”

For Bajrami, forming the municipality of Recane goes beyond the interests of his community. “If you pass by Zhupa where the municipality of Recane is being planned, there is drastic environmental damage to that beautiful region, and there are a lots of natural beauty spots there,” he explains. “We must protect this beautiful part of the country for Kosovo, not only for the Bosniak community.”

However, the importance of making Recane a municipality also lays in enlarging the competencies in the education system, where Bajrami sees great potential and is proud of the achievements already made. “From the first primary schools to the branches at the University of Prishtina and the University of Prizren that use the Bosnian language, we have 500 to 600 teachers and professors,” he reveals.

Bajrami points out that, while the Bosnian language has provided jobs in this field, generally employment levels for Bosniaks in the public sector are low, and that VAKAT has frequently sought additional funds to help deal with a lack of employment opportunities. Failing to provide these opportunities has helped lead to Bosniaks leaving Kosovo; according to a 2010 OSCE report titled Kosovo Communities Profiles, large numbers of the Bosniak community have migrated to Western European Countries, as well as to BiH, Montenegro and Serbia.

In facing challenges such as these, political representatives from the Bosniak community have often felt isolated, without any leverage to use from the support of BiH. As Redzepi puts it, “we’ve had more institutional support from Sandzak [a southern region of Serbia with a large Bosniak population] than from the state of Bosnia.” They seek more help and support from the state they see as their own — Kosovo. “Bosnia is close to us but not our homeland,” Redzepi states. “Our country is Kosovo and we feel Kosovar.”K