The publication of the names of more than 10,000 people required to self-isolate during the first wave of COVID-19 could cost the state of Montenegro a substantial amount of public funds. Numerous lawsuits have already been filed, and more are expected to come.

The decision to publish these records seemed reasonable and necessary to the institutions behind it — the (outgoing) government and the National Coordinating Body for Infectious Diseases — though many warned that such a move would constitute a direct attack on privacy.

Personal data of the people who had been issued a written notice to self-isolate for 14 days was published beginning on March 21. The outgoing Prime Minister Duško Marković asserted that the list of quarantined individuals was being published “because the right to health and life is above the right to unconditional protection of personal data.”

The Constitutional Court, however, overruled the government’s decision on July 27. They concluded that the publication of personal data of people forced to self-isolate “created preconditions for their stigmatization” and that this data could be accessed by an unlimited number of citizens, which was deemed a mistake.

Following the ruling, the first charges were filed in September, and the government was compelled to issue an apology.

Kosta Mijušković, one of the people whose names were made public, is now pressing charges against the government. “I think it’s time for the state to correct its mistakes,” he tells K2.0.

In mid-October — pressured by the mounting charges — the government issued a public apology to everyone who had their rights violated. They announced that it had been concluded that the Coordinating Body decided to publish the names during the first wave of the pandemic with full conviction that their actions were in accordance with the Constitution and other laws, as well as the European Convention for the Protection of Human Rights and Fundamental Freedoms. 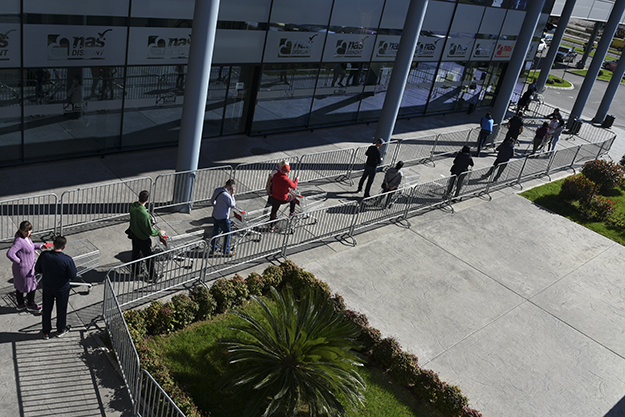 As part of COVID-19 measures, the Government of Montenegro published the names of more than 10,000 people required to self-isolate in spring. Photo: Boris Pejović.

“The measure was found indispensable and proportional to the legitimate goal of protecting the lives and health of all citizens. In light of the ruling by the Constitutional Court of Montenegro, the Coordinating Body deeply regrets the potential feeling of inconvenience caused by the decision to publish the names of people in mandatory self-isolation.”

On the other hand, Podgorica-based lawyer Vesna Cimbaljević does not approve of the terminology used by government officials. She says that it is no “feeling of inconvenience” but rather a “deep stigmatization that some people took quite badly.”

She legally represents a number of citizens who have decided to seek restitution in court for everything they went through.

“When someone’s right has been violated — especially if that right is enshrined in the Constitution — on no account can we talk about a feeling of inconvenience,” she explains, adding that the government made a huge oversight. However, she welcomes the public announcement and apology.

“I believe it’s a good way to help people who have faced any sort of stigmatization,” the lawyer points out. According to her, at the emotional level, no one can judge the intensity of negative emotions they experienced.

Kosta Mijušković found his name on the list of the people required to self-isolate due to the possibility of infection. As was the case with many other residents of Montenegro, he was outside the country at the outset of the pandemic.

“The state promised either to bring us all home from abroad at its own expense or to refund the all-too-expensive plane tickets we had bought as per their advice,” says Miljušković, recalling the troubles from last spring.

According to Cimbaljević, some of the people reaching out to her office have certainly taken the publication of names and the related litigation quite hard, which has gravely impacted them.

“If they call you from the embassy and tell you that you have to buy a ticket for a flight scheduled for tomorrow — which costs more than 1,500 euros — you roll with it, or else you stay trapped in a foreign country. A lot of students and people who lived abroad spent their entire savings to return home; the prices were as high as a couple thousand euros if it was a connecting flight. So, you get back without the money you earned, you can’t find a job, you’re told that you’ve brought the virus…”

After a series of complications, Miljušković managed to get back home and self-isolated before his friends informed him that his name was on a public list.

According to Cimbaljević, who represents Miljušković as well, some of the people reaching out to her office have taken the publication of names and the related litigation quite hard, and it has gravely impacted their lives. She interprets all this as the infliction of non-material damage, where the government’s decision greatly affected the private lives of persons included on the list.

“I found out I was there because the people I know contacted me,” Mijušković says. “At the time, I felt imprisoned and insecure. My family and I went through the lockdown and self-isolation together, and it was my only relief back then. My name being published affected all of us; it caused additional stress and made us more cautious, but the support we gave each other grew over time,” Mijušković recounts for K2.0. 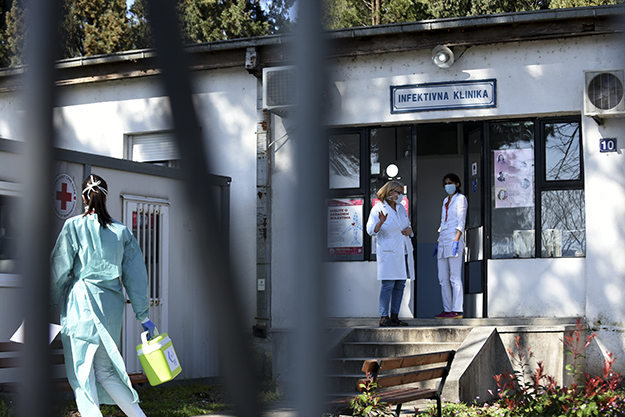 Registering more than 24,000 COVID-positive patients led to new measures in Montenegro, this time without any names published. Photo: Boris Pejović.

“First of all — when it comes to the grounds for lawsuits — I would like to put an emphasis on the fact that the right to privacy has been violated. Keep in mind that the government’s decision directly infringed on the constitutional right to the protection of personal data as well as the Law on Patient Rights, which guarantees the right to privacy and confidentiality of personal data for all patients,” explains Cimbaljević.

Another issue is that it is impossible to determine exactly how many names were published since the list was constantly updated throughout March and April. According to Cimbaljević’s estimates, the number is around 10,000.

“New names of the people in quarantine were added on a daily basis, while others would be taken off the list after 14 days of mandatory self-isolation,” she explains.

"I've heard and read all sorts of comments: that those of us who were in self-isolation are to blame for the epidemiological situation." Kosta Miljušković

Her law office keeps in touch with the displeased people who were required to self-isolate and are now ready to launch lawsuits after having their identities made public. Some of the lawsuits have already been submitted to municipal courts, and further action is pending.

One of these lawsuits is Kosta Mijušković’s case. As for the inconvenience and stigma, he suggests that they were present during and after the quarantine.

“I’ve heard and read all sorts of comments: that those of us who were in self-isolation are to blame for the epidemiological situation and the number of registered cases, or that if the conditions we had in quarantine were bad, they should’ve been kept that way,” Miljušković recalls, adding that people should not let fear control a situation like the one he and his family were forced to cope with.

How much strain the correction is going to put on the state — or rather its citizens, who fund the national budget — is still unknown, as it is still unknown how many people are pursuing lawsuits or how much money they are demanding in compensation. Of course, their demands do not oblige the judiciary to hand down rulings in line with them or determine the amounts, but some lawyers have reported that their clients are demanding up to a few thousand euros each.