A rare museum is in danger of closure.

Below the poster is a hand-written number listed in ink. It belongs to Simon Vrusho, the sole owner, creator and tour guide of the museum documenting the Jewish history of Berat, who sadly passed away this February.

Vrusho managed to finance the museum with a mix of his own pension and modest donations. With his death, Muzeu Solomoni Berat, which is the only Jewish history museum in Albania, the only Albanian-language Jewish museum and a rare testament to undocumented histories, is in danger of closure.

When visiting Berat last summer, next-door neighbors helped my friend and I call the number listed below the poster and, half an hour later, Simon arrived. A small, energetic man with glowing eyes and a firm handshake, he passionately shared the history of the museum, one room lined with framed, handmade posters that detail the Jewish presence in Berat, Muslim and Christian Albanian aid during the Holocaust and scholarly efforts to address this history.

Vrusho also shared his recently published book, “The Jews of Berat,” which he hoped to translate from Albanian to English. Opened in May 2018, the Solomoni Museum Berat has had an international array of more than 400 visitors, from Lithuania and the United States to China, Israel, Sweden, Turkey and Greece, recorded in his well-worn guestbook filled with exclamation points and smiley faces.

Berat is a city known for its mixing of different cultures, named a UNESCO heritage site for its special architecture influenced by Illyrian and ancient Greek heritage and rule by the Byzantine and Ottoman Empires. It also has a long history of religious coexistence between Orthodox Christians, Catholics, Bektashis, Sunnis and Jews. The city contains a mix of mosques, chapels, orthodox churches and the rumored burial ground of a famous Jewish messianic figure.

Some think that Jews have been part of the mix of religious diversity in broader Albania since the second century, when Romanite Jews moved to Albania, linked to the recently discovered ruins of a synagogue dating back to the fifth century in Saranda. In the late 15th century, the Ottoman sultan invited Jews to live in the Ottoman Empire in the aftermath of the Spanish Inquisition and Expulsion.

This sparked a wave of Sephardic Jewish migration across the empire, including Albania and parts of present-day Kosovo. Jews mostly settled in the coastal cities of Vlorë and Durrës, but some later moved to Berat in the 17th century. There, they joined the multi-religious mix of a majority Muslim population living with Christians.

While the population waned due to conversions to Islam, the community was fortified by another wave of migration from Ioannina, which also resulted in increased Jewish populations in Gjirokastër, Elbasan and Shkodra.

The museum has two unique historical references that add to this already rich history: the mention of the 17th century “heretical” messiah figure Sabbatai Zvi and the role of the Muslim and Christian Albanian populations during the Holocaust.

Sabbatai Zvi, a rabbi and cabalist originally from Izmir, was a hugely popular 17th century Jewish messiah. Zvi traveled through Izmir, Rhodes, Salonika, Cairo, Gaza, Jerusalem and Syria, among other places, and his movement gained a massive, international following by the mid-1600s. This changed in 1666, when Ottoman authorities imprisoned Zvi in Constantinople and Gallipoli on charges of sedition.

Sultan Mehmed IV gave Zvi the choice of either conversion or death; he converted later that year in Adrianopolis (now Erdine). After this heresy, Zvi was widely denounced by rabbinic authorities. He was initially employed by the sultan and lived in Adrianopolis and Constantinople, but was later exiled to Dulcino (now Ulcinj) after it was discovered that loyal followers continued to visit and consult him.

In exile as a retired Ottoman official, Zvi lived out the final three and a half years of his life in Dulcino. Some say he visited Berat in these final years and some say he died in Dulcino.

After his conversion and later death, Sabbatai still retained followers, some of whom converted to Islam and were known as donmeh, crypto-Jews who were outwardly Muslim and secretly practiced Judaism. These followers still exist to this day, although their numbers are much reduced.

Scattered throughout the Balkans are various pilgrimage sites related to Sabbatai’s journeys within the Ottoman Empire, from Izmir, where he grew up and studied, to Ulcinj where he spent his last years and to areas around Berat and its countryside, where some say he is buried. The site of Sevi’s burial is rumored to be in the courtyard between Berat’s Xhamia e Mbretit (Sultan’s Mosque) and Teqeja e Helvetive (Halvati’s Shrine).

Muzeu Solomoni Berat is the only site in this chain that consistently and explicitly mentions Zvi. The Solomoni museum’s plaque featuring pictures of Zvi is titled: SABBATAI ZEVI “Ku varroset një hebre, Vendi bëhet i shenjtë,” which translates to “Where a Jew is buried, the land becomes sacred,” seemingly suggesting that Vrusho believed that Zvi was buried in Berat.

When Albania first came under German control in 1943, the Albanian government refused to hand over the list of Jews living in Albania.

The other important history, and the one more dominantly mentioned, is that of Albanian Muslims and Christians saving Jews during the Holocaust. This history only recently came to light in the aftermath of the downfall of the notoriously closed People’s Republic of Albania in 1992.

Italian forces invaded Albania in 1939, but their rule proved more lenient than in areas occupied by German forces. This was not the case in neighboring Kosovo, which was divided between Germany and Italy and incorporated into fascist Albania in 1941. When hundreds of Jews from German-occupied Kosovo were sent to concentration camps in Serbia, Austria and Germany, local authorities helped Jews escape to rural parts of Albania.

In 1942, around 600–1200 Jews escaped and made it to Albania, where Albanian families took them in and hid them around Berat, Kavajë, Krujë, Tirana, Fier, Shijak and Shkodra. The Solomoni Museum tells the stories of specific Muslim and Christian residents of Berat who risked their lives to help Jews.

The Muzeo Solomoni Berat is a rare testament to these underrepresented histories and a result of one man’s immense concern for them.

The actions taken by the Albanian collaborationist government, as well as by its citizens, to protect Jews has been famously linked to the idea of “Besa,” loosely translated as “faith” or “oath,” that is related to the strict keeping of an unbreakable promise, part of which involves a sworn oath to help guests. Because of this, the number of Jews in Albania actually increased after the Holocaust, from about 200 to some estimates of 1,500, thanks in no small part to the residents of Berat.

The Muzeo Solomoni Berat is a rare testament to these underrepresented histories and a result of one man’s immense concern for them. I remember Simon Vrusho’s excitement when he discovered that people from two new countries had signed his guestbook. He even squatted down to take a picture of the event, grinning.

Hopefully this special institution can receive the necessary funding to continue to garner new visitors and generate new knowledge even with the sad passing of the man who made it possible. 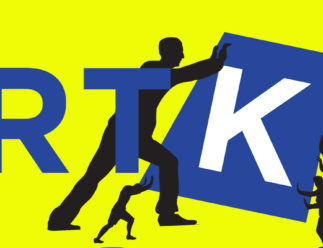 RTK under fire for irregularities 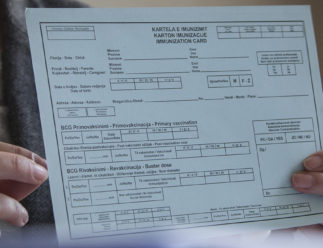 Beyond the measles outbreak 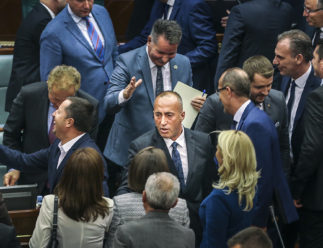 Ramush Haradinaj takes up the role of... 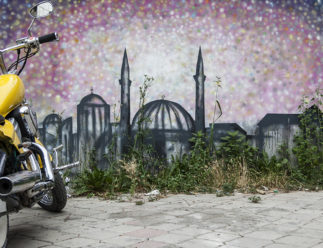 Kosovo’s ‘secularism’ is being confused — especially...