“No Questions Without Answers”

K2.0 has launched a campaign for improving communication between institutions and media.

On May 3, on World Press Freedom Day, K2.0 published the report “No Questions Without Answers” and launched the campaign by the same name. In a five month period, together with journalists from 10 different media organizations, K2.0 monitored and analyzed 52 press conferences held by the Office of the President, the Office of the Prime Minister, the Assembly Headship, the Office of the Head Prosecutor and the Kosovo Police.

The launch of the campaign was followed by a discussion held in K2.0’s space in Prishtina.

"Democracy is not something that dies immediately."

Moderated by the author of the report, Aurela Kadriu, the discussion between Kreshnik Gashi and Taulant Osmani from BIRN, Saranda Ramaj from Koha Ditore and Besa Luci, the Editor-in-Chief of K2.0, provided a general analysis of the report, of media freedom in Kosovo, of challenges in relations between media and institutions and touched upon elements upon which both parties — media and institutions — can improve on in order to facilitate public access to information.

Besa Luci evaluated that democracy is becoming more fragile throughout the world, not only in Kosovo. According to her, journalists in this situation face increasing difficulties in their communication with politicians around the world, who cultivate sentiments of hatred and harm freedom of expression. 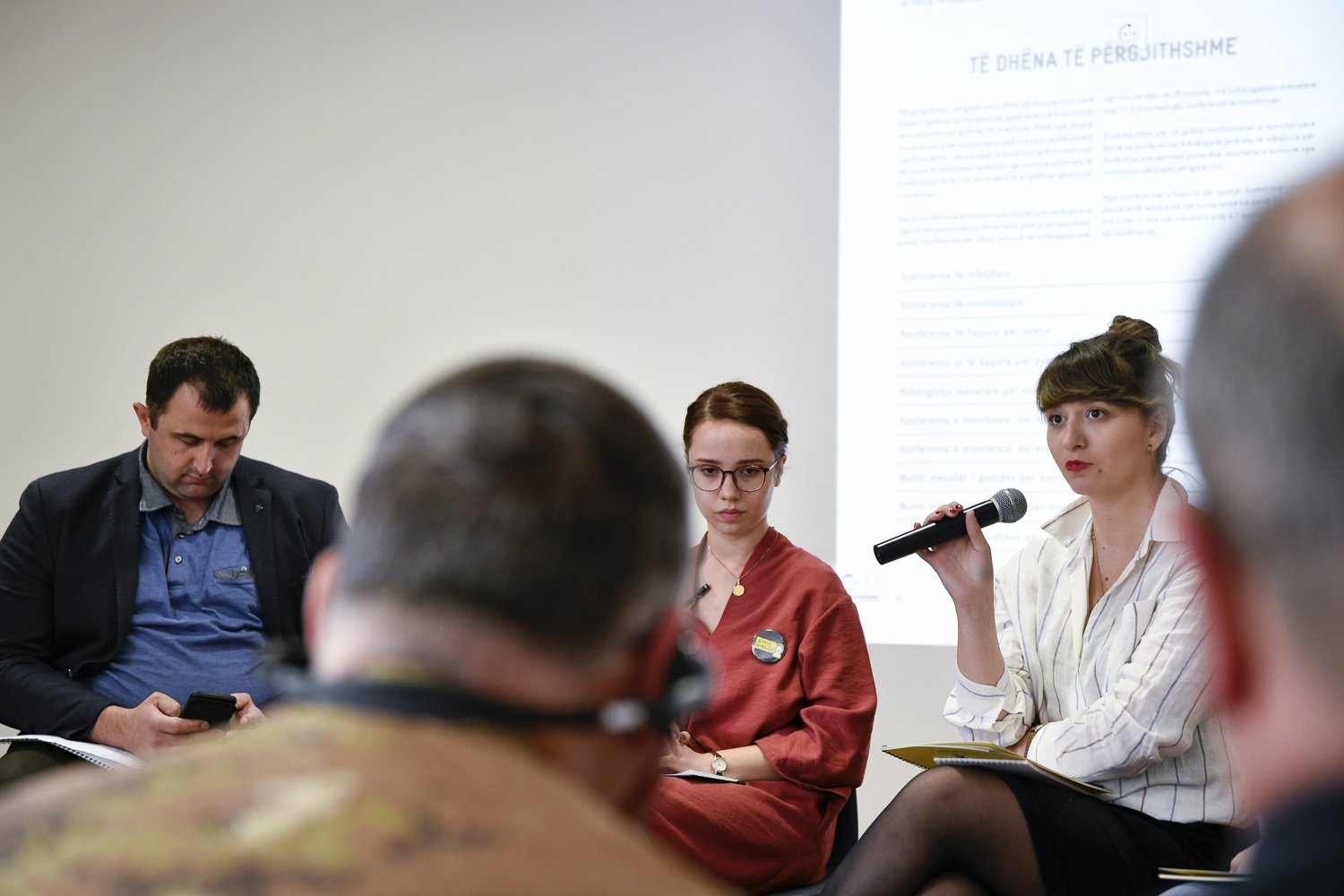 For editor-in-chief of K2.0, Besa Luci, journalists face difficulties in their communication with politicians around the world. Photo: Atdhe Mulla / K2.0.

“Democracy is not something that dies immediately. Oppression occurs on a daily basis, and we can easily find ourselves in a situation that makes us ask: ‘How did we get here?’” she said.

Koha Ditore journalist Saranda Ramaj, who was part of the group of journalists who collaborated to produce the report, mentioned that institutional representatives are now spreading information through social media posts, which is then being turned into news. She added that traditional media has been unable to evade this form of communication due to the need for the quick relay of information and because the way other media have developed has redefined the rules of information circulation.

Regarding the work of journalists who cover the judicial sector, Ramaj said that the justice system still faces huge issues with providing correct information to journalists and the public. She mentioned the fact that the Office of the Head State Prosecutor has held no press conferences during the period in which the report was produced, and also added that daily communication with these institutions is difficult. 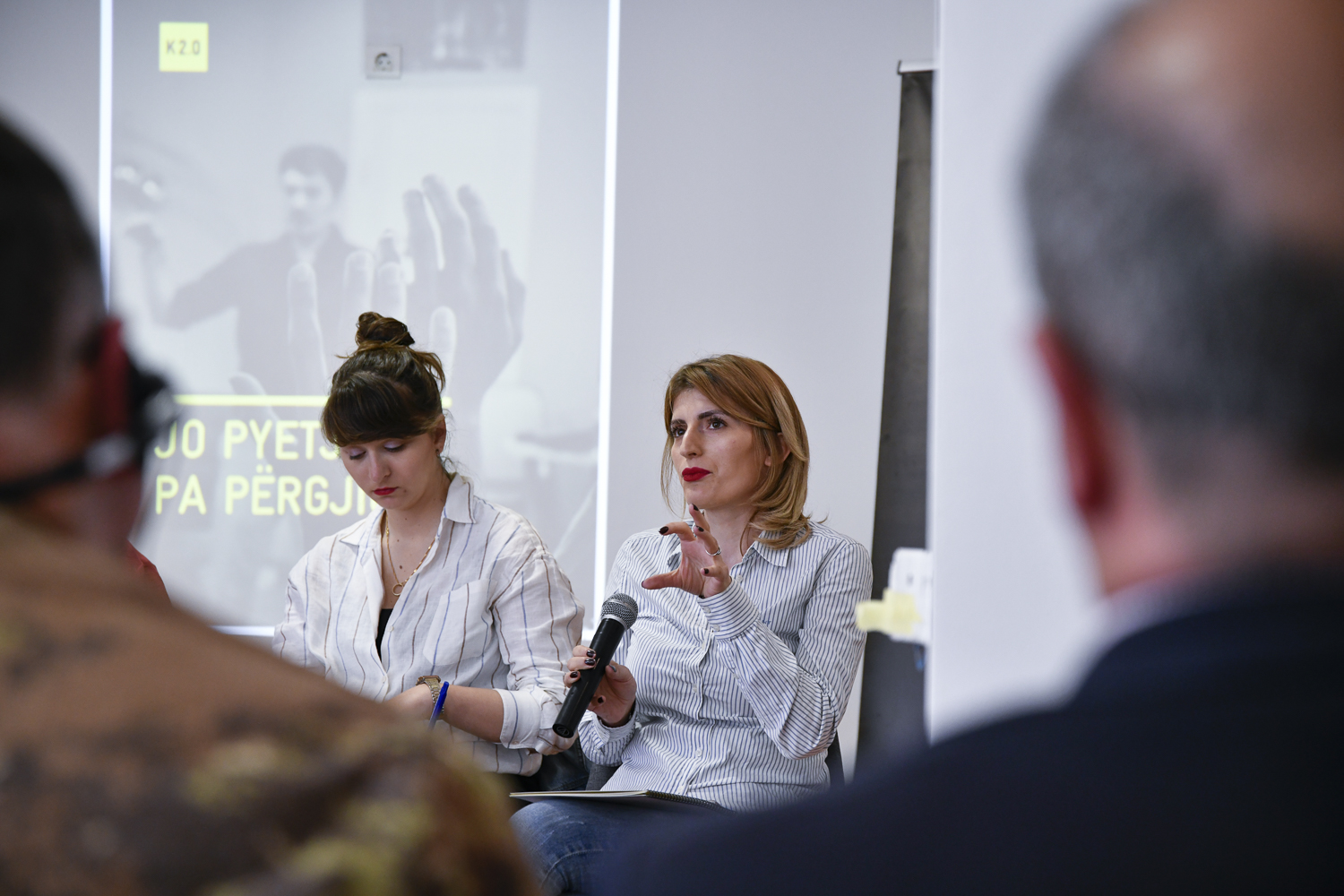 According to Koha Ditore journalist Saranda Ramaj, the justice system still has issues with providing correct information to journalists and the public. Photo: Atdhe Mulla / K2.0.

“Institutions attempt to evade responsibility by providing partial answers. One time, I heard 13 questions about the same issue,” said Ramaj, who went on to say that journalists should not report partial answers that they receive by institutions.

“The aim of corrupt people is to never provide answers to journalists, while politicians dominate the debate with crises.”

However, Ramaj noted that some institutions that were included in the report have improved their approach towards journalists, including the Kosovo Police ever since its change of management, and the basic courts in Prishtina and Prizren.

Editor Kreshnik Gashi mentioned a series of crucial issues regarding which the public and journalists in Kosovo are yet to receive clear and complete answers, such as the number of countries that have recognized Kosovo’s independence, the correct number of deputy ministers in the Government, the cost of the state-funded highways and the 53 million euros that the Government paid the Bechtel Enka company.

According to Gashi, there are other crucial issues that were never properly addressed, such as the way in which political parties are financed.

“The aim of corrupt people is to never provide answers to journalists, while politicians dominate the debate with crises,” said Gashi, adding that journalists have been demotivated to ask questions and participate in press conferences, mainly due to the lack of human resources and logistics in media organizations.

Meanwhile, Taulant Osmani, a journalist at BIRN, said that the institution of the Presidency is very closed off in its communication with journalists.

“In the last four years that I’ve been working as a journalist, I don’t remember a single case in which the Media Office of the Presidency responded to questions by journalists, while I have personally sent over 100 emails to the Presidency,” said Osmani. 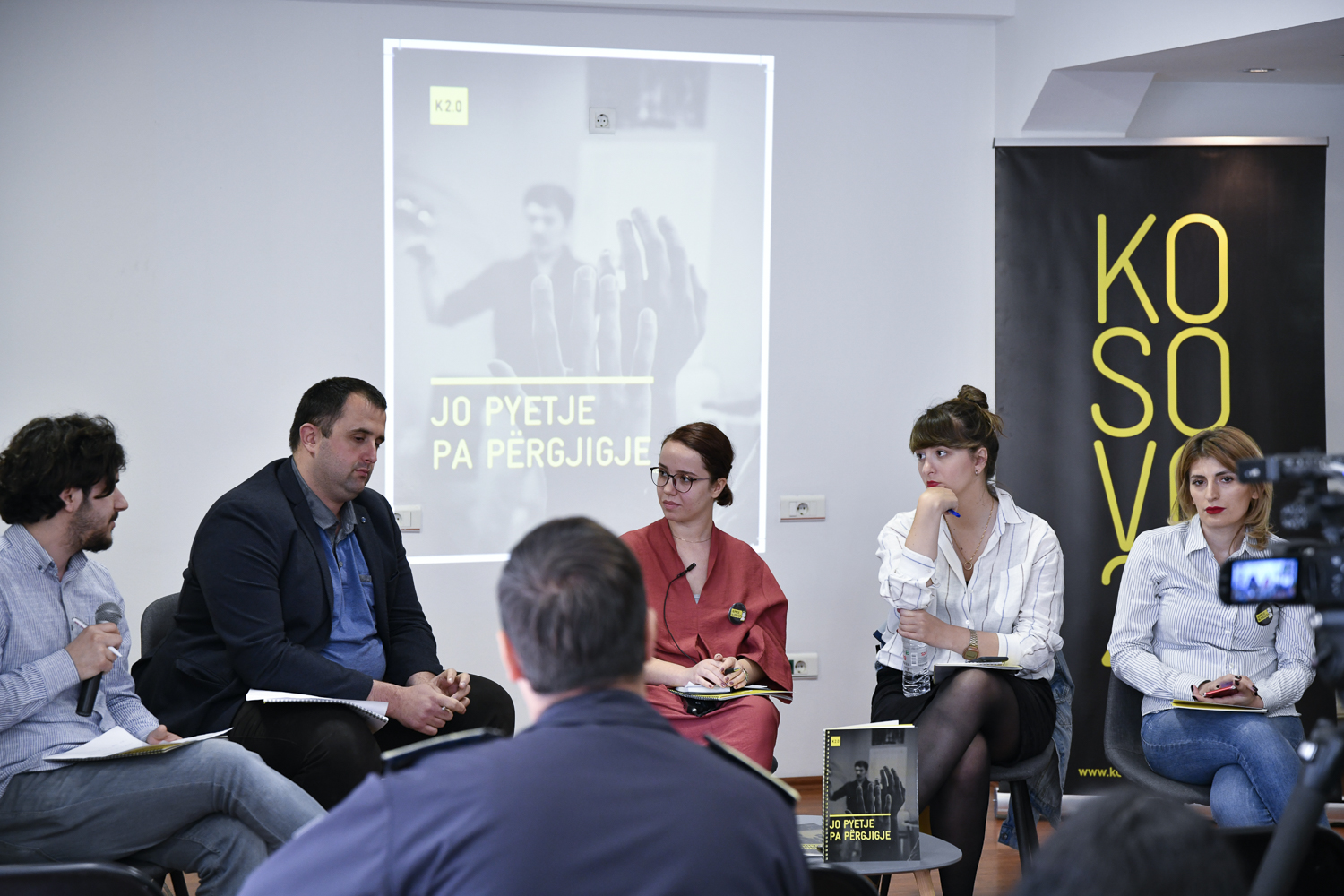 According to the “No Questions Without Answers” report, answers that are given in conferences are often partial and do not provide the information sought by journalists. Photo: Atdhe Mulla / K2.0.

As for press conferences held by the Presidency, Osmani said that they have corresponded with the period during which the subject of border correction was on the table and that during this time, the President held 18 conferences, while this was not the case during other periods of his mandate.

One of the conclusions produced by this research study is that no conferences organized by public institutions in Kosovo are concluded with all questions of journalists being answered. Even the answers that are given are often partial and do not provide the information that is sought by journalists.K

Women should make decisions about their own bodies