Kosovo missing out during post-election delays.

On Thursday (August 24), a sixth attempt to conclude the constitutive session of the Kosovo Assembly failed. More than two months after the June 11 parliamentary elections, it is still unclear when the PDK-AAK-Nisma (PAN) coalition, as the winner of the highest number of votes, will fulfill its role to nominate a president of the Assembly.

But while the political deadlock rumbles on and Kosovo’s institutions remain virtually paralyzed, the political polarisation is beginning to have an adverse effect on other walks of life. With much of the attention focused on the political deal-making and escalating rhetoric, K2.0 looks into the practical impact of the prolonged stand-off.

In recent days, it has been revealed that Kosovo is losing millions from international financial organisations due to the lack of government.

In 2015 Kosovo signed an agreement with the International Monetary Fund (IMF) for a 185 million euro loan across 22 months. The fourth and final installment of this — 15 million euros aimed at improving the business climate — was due to be reviewed in June, but without a new government in place this was not able to happen.

“The problem is that citizens are not alarmed, because if they were, no government would dare to break agreements of tens of millions with the IMF and the EU.”

The IMF’s August 4 deadline for reviewing the agreement came and went and it seems that the final 15 million euros has now been lost, something admitted by previous minister of trade and industry Hykmete Bajrami in a discussion organized by LDK last week on ways in which the political stalemate can be overcome.

This issues with the IMF could have an even bigger knock-on effect, as Kosovo is at risk of losing more than 70 million euros of EU money this year. The European Commission’s Instrument for Pre-Accession Assistance (IPA), in place to support countries aiming to enter the EU in their preparation for membership, has IMF cooperation as a pre-condition. Kosovo has been allocated 645 million euros between 2014 and 2020 as part of the second phase of this program, IPA II.

Agron Demi, a researcher at the good governance think tank, Institute for Advanced Studies (GAP), believes that the failure to meet the IMF deadline could cost Kosovo dear. “Even if we have the institutions in place, if the government cannot salvage an agreement with the IMF it is still possible that the EU funds might not be allocated,” he told K2.0.

If the political stalemate continues the Assembly will be unable to carry out the annual mid-year budget review, in which any significant adaptations to the budget that have become necessary since the approval of the annual budget are voted upon. This can cause problems for state departments, agencies and bodies that rely on government funding and that need to respond to developments or unforeseen spending commitments.

For instance, the Central Election Commission (CEC) has said that it requires a further 2 million euros for the upcoming local elections that are due to be held on October 22. This is because in May, following the calling of early parliamentary elections, the government took a decision to help pay the resultant 5 million euro bill by re-allocating 2 million euros from the 6 million local elections budget. 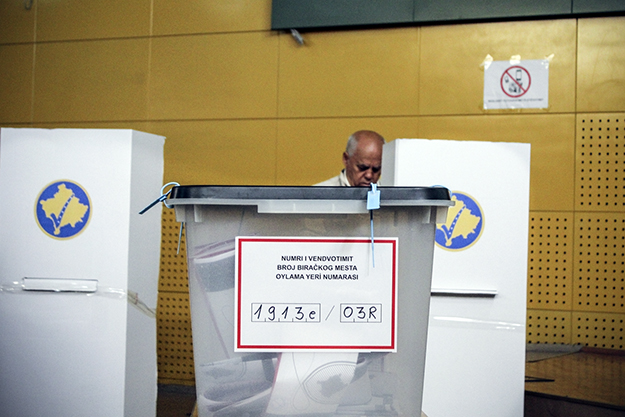 The government decision states that this money will be compensated to the CEC in the annual budget review, but the budget review cannot take place without a constituted Assembly. In this instance, it is unclear what would happen if the Assembly is not constituted in time to hold a budget review before the local elections are due to be held.

Infrastructure projects are also being affected by the ongoing stalemate. Last week, it emerged that the work to renovate the Prishtina Stadium, a flagship project following Kosovo’s recognition by UEFA and FIFA in 2015, is being held up by the lack of a new government.

Following feedback from UEFA, an extra 4 million euros worth of investment, is required to ensure that the capital’s stadium meets UEFA standards. Iber Alaj from the Department of Sports within the Ministry of Culture, Youth and Sports told K2.0 that this money has been allocated in principle, but as this is additional funding that was not allocated in the approved budget for 2017, it needs sign off from the Assembly; until that happens construction work has ground to a halt. 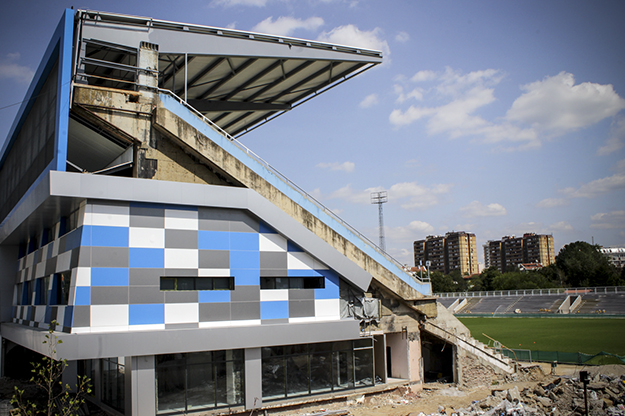 Although the government repeatedly stated that the stadium renovation is a priority, it is already behind schedule, having originally been due to be completed in time for this summer’s World Cup qualifying matches, and revised estimates suggest that it will not now be ready until April 2018.

The lack of a new legislature is also causing barriers for Kosovo in terms of its aspirations to integrate with international institutions.

Having first applied for membership in 2010, Kosovo has another opportunity to become a member of the International Criminal Police, Interpol, in September as its application is on the agenda for the Interpol General Assembly due to be held in Beijing.

While the political stalemate is having negative effects, some believe that it is also being used as an excuse for a lack of previous progress on certain issues.

Last week, the acting foreign minister Emanuel Demaj announced that Kosovo had not sought to re apply to UNESCO, following the failed attempt in 2015, as laws on religious freedoms and cultural heritage had not been able to be proceeded in the Assembly.

However for Hajrullah Ceku from active citizenship NGO, EC ma Ndryshe, this is simply an attempt by the acting government to cover up a lack of institutional commitment to Kosovo’s UNESCO future. “The government of Kosovo never sat down to analyse why we failed in the first attempt and has not undertaken anything in that regard,” he says. “This justification was used even last time when Kosovo failed.”

However according to Kosovo Center for Security Studies’ Plator Avdiu the lack of a new government is hampering Kosovo’s application as its lobbying efforts have been weak. “The fact that the new [acting] foreign minister Emanuel Demaj urgently called Kosovar diplomats to get back to lobbying for Interpol and to leave their vacations explains the lack of persistence in lobbying from Kosovo,” he says.

While the Ministry of Foreign Affairs has reportedly claimed that countries that recognize Kosovo have suggested it delays its bid for another year, specifically which countries these are and the reasons for any such request are unclear. There are suggestions that this is simply an excuse as Kosovo has not managed to secure the required votes of members, although this has been denied by Demaj.

Kosovo also theoretically has another opportunity to apply for UNESCO membership this year, although there appears to have been no concerted lobbying effort since it failed to secure membership by three votes in 2015. With no new government in place and the next General Conference of UNESCO due to be held in Paris in November, it seems unlikely that a successful lobbying effort can be cobbled together in time and ministers have already implied that Kosovo won’t be seeking membership this time around. There will not be another chance to apply for membership until 2019.

The lack of a new government is also adding to longer-term issues for Kosovo.

When the European Commission recommended that Kosovars be allowed to travel visa-free in Europe’s Schengen Zone in May 2016, a significant pre-condition was that the controversial border demarcation deal with Montenegro should first be ratified by Kosovo’s Assembly. While the deal was signed back in August 2015 by Kosovo’s government, Kosovo’s Constitution requires that all international agreements receive the backing of two-thirds of Assembly deputies.

"Many laws are on hold or being pushed from one year to another.”

However, following strong opposition, this issue failed to pass the Assembly during the last legislature and even when the Assembly is finally constituted, no political party has so far offered a clear path as to how they will progress this issue; in the meantime Kosovars are the only people in the Western Balkans who are forced to undergo the expensive and bureaucratic procedures to get a Schengen Zone visa.

The inability to form a new government is also impacting on the agenda of integration into the European Union. Kosovo signed a Stabilisation Association Agreement (SAA), its first contractual agreement with the EU and widely considered to be the most significant step taken by Kosovo to date in the European integration process.

But according to Artan Murati from good governance NGO, Kosovo Democratic Institute (KDI), who monitored the work of the Assembly in the last legislature, Kosovar institutions need to undertake urgent steps to keep up with the process. “We have signed an agreement with the European Union that foresees the measures that needs to be taken including specific laws that need to be changed or new laws to be approved and therefore the Assembly needs to be more dynamic,” Murati says.

Lack of a legislative agenda

Kosovo is already trying to make up for lost time, after a fairly dysfunctional previous legislature. Having taken six months to form the government after the 2014 elections, it included a six month blockage by opposition parties opposed to the controversial agreements on the Association of Serb Municipalities and border demarcation with Montenegro, and the coalition government failed a no-confidence motion proposed by its own senior coalition partner PDK 18 months before its mandate was due to end.

Murati argues that the current inability to constitute the Assembly by completing the inaugural session will see Kosovo’s future pay a “high price.” “The last legislature even when was functional could not pass more than 36 percent of its agenda and many laws are on hold or being pushed from one year to another,” he says.

Murati also suggests that regular blockages of the institutions are creating poor parliamentary practices due to issues becoming backlogged and that this could have long term negative consequences. “A law can pass with the first reading and second reading at the parliament within a day,” he says. “Imagine there are plenary sessions that have 15 or 16 issues. We end up seeing deputies discussing laws at 12 midnight — imagine the attention they have for these laws.”K