‘Prices have only increased’

The 100% tariff’s effect on prices in Kosovo.

On March 4, 2019, Konsoni employees in Gjilan hosted a special guest. Ramush Haradinaj who was Prime Minister of Kosovo at the time, went to the city in the Anamorava region to visit two successful enterprises as part of a campaign aimed to demonstrate support for local businesses, in what the prime minister called “the year of the economy” for Kosovo.

In photographs made that day, Haradinaj was seen greeting factory workers, and the subsequent press release spoke about “success stories” and “guaranteed healthy products.” Among other things, it stated that “the Government will create a suitable climate for local producers, enabling them to operate easily within both internal and external markets.”

It seemed that these visits were an attempt to show that the decision — which was taken by the government three months before — to impose a 100% tariff on products imported from Serbia and Bosnia and Herzegovina was positively influencing the development of businesses, and consequently the economy of the country.

Initially in October 2018, the government at the time imposed a 10% tariff on imports from these two countries. With time, transparency over the dialogue between the state representatives of Kosovo and Serbia began to wane, and there was talk about secret agreements related to the exchange of territory. One month after the 10% tariff was imposed, the government escalated the measures, transforming it into a 100% tariff. 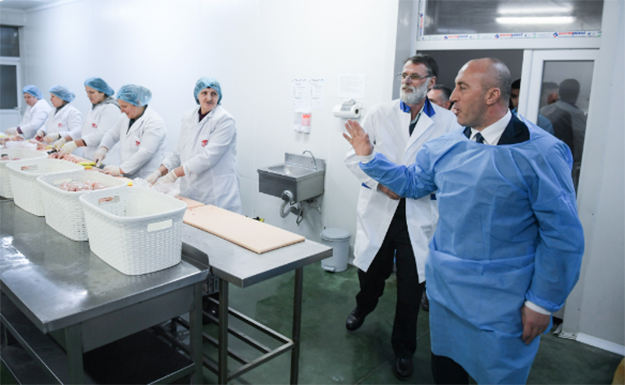 In 2019, Prime Minister at the time Ramush Haradinaj said that his government would create a suitable climate for local producers. Photo courtesy of the Prime Minister’s Office.

Haradinaj said at the time that the tariff was a response to the non-tariff barriers imposed by Serbia and non-observance of the Central European Free Trade Agreement (CEFTA). The media reported that it could also be a response to Serbia’s campaign to derecognize Kosovo’s independence and the lobbying against Kosovo’s admission to international organizations.

A large part of the discussions about the political events in Kosovo since the end of 2018 have been related to the tariff. In March 2020, disagreement over how to proceed with the tariff caused irreparable cracks to the relationship between the partners of the post-Haradinaj government, Vetëvendosje and LDK, and led to a motion of no confidence in the Assembly.

On April 1, the outgoing government lifted the tariff imposed on Serbia and Bosnia and Herzegovina, and began to take the first measures to implement “the principle of reciprocity” toward Serbia.

Besides the political events, discussions about the tax’s effects on the country’s economy were inevitable.The Minister of Trade and Industry at the time, Endrit Shala, described the tariff as the continuance of “our attempts to strengthen local producers and the economy.” Moreover, one of the points that Haradinaj referred to continuously as he defended the tariff decision was the supposed positive effect on businesses and the Kosovar economy in general.

Not from Serbia, but from…

To analyze how the tariff has influenced the production and prices of products in Kosovo, the GAP Institute conducted a research study that compared indicators from January to October 2018 and 2019 respectively.

According to the report, the level of exports from Kosovo has remained insignificant compared to imports, which are increasing from countries other than Bosnia and Herzegovina and Serbia. The biggest rewards were reaped by companies who have taken advantage of the lack of Serbian products in Kosovo’s market. Kosovar companies do not have the capacity to cover the market demand.

Some businesses say that the real cost of this prohibition of imports from Serbia — Kosovo’s main trade partner before the tariff was imposed — is being paid by Kosovar consumers and businesses. 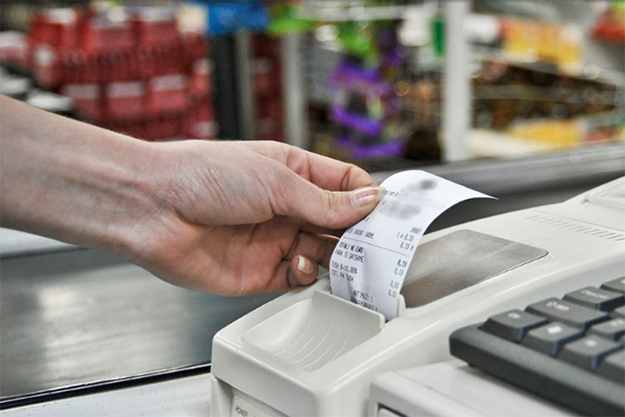 Business owners in Kosovo say that the 100% tariff has cost local consumers and businesses dearly. Photo from the archive: Atdhe Mulla / K2.0.

K2.0 spoke to owners of four businesses in different parts of Kosovo to learn more about the challenges that they have faced during this 18 month period when tariffs were implemented.

Agim Sahiti, co-owner and manager of Konsoni enterprise, says that the tariff has come at a great cost for his business. “When the tariff was imposed, it certainly cost us a lot,” he says over the phone, sounding concerned as he continues to talk about the current situation with the COVID-19 pandemic.

The most important imports for Sahiti’s company, which employs 130 people, are chicken food (concentrate) and birds. Before, these came from Serbia, but the tax forced him to find alternatives elsewhere.

“We got the birds from Greece, the food mainly from Bulgaria and also some from Croatia,” he says.

His company imports 1.5 million birds per year; with the imposition of the tax, he says, the cost increased by 150,000 euros.

“It was more expensive, much more,” says Sahiti. “Even for [chicken] food it was around 30% more expensive. It cost us 400 to 500 thousand euros more per year.”

In general, Sahiti says that his company has lost around half a million euros per year as a consequence of being forced to import from other countries.The GAP Institute report says that because the countries where merchandise is being imported from are further away, businesses have faced increased transportation costs among other things.

What about domestic production?

To analyze the effect of the tariff in domestic production, the GAP Institute used three indicators that respond directly to changes in activity in the manufacturing sector: Business turnover, energy consumption and the number of employees.

Results from the study show that during the period when the tax was in force, manufacturing businesses marked an increase in activity, but it was nothing special — in fact, it was lower than in the same period one year before.

“During the period between January and September 2019, this sector grew by 10%, while in the same period in 2018, the manufacturing industry grew by 16%,” the report said.

The annual turnover declared by businesses to the Tax Administration of Kosovo shows that the tariff did not have a positive effect.Throughout 2019, when the tariff was in force, businesses in the manufacturing industry — 5,000 in total — increased turnover from the previous year by about 130 million euros, while in 2018 this increase was 170 million euros.

In 2019, the rate of job creation in the manufacturing industry had decreased compared to the year before.

Grant Zajmi from Peja, who owns metal processing company ART Metal, says that the tariff has made it more difficult for them to buy paints, because the stoppage of imports from Serbia forced him to find other alternatives. He began importing products from Turkey and using some local products. Zajmi says these products were more expensive or were of lower quality.

“Paints that come from Serbia are of better quality and have more reasonable prices,” says Zajmi. “Before the tax, we imported all of our paints from Serbia.”

Another indicator of the effect of the tax on business activity is the number of employees. According to the GAP analysis, the rate of job creation in the manufacturing industry decreased compared to the year before. 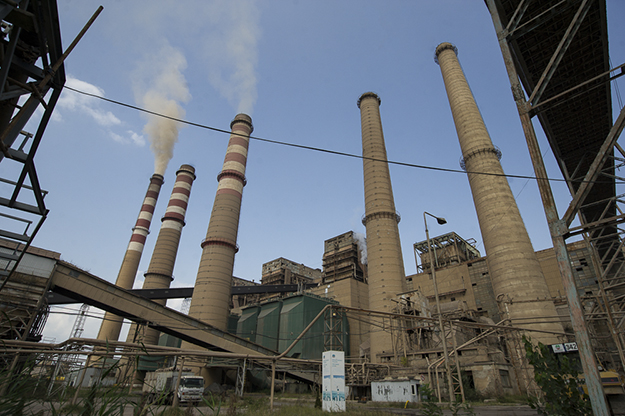 According to the GAP Institute report, in 2019 the manufacturing sector noted an increase in energy consumption compared to the year before. Photo from the archive: Atdhe Mulla / K2.0.

The third indicator was the level of energy consumption, with results showing an increase during 2019. However, we must keep in mind that in the 2017-19 period, there were many fluctuations in consumption levels between different quarters, which might have been partly affected by the fact that big consumers like Ferronikeli stopped their production many times.

During 2019, energy consumption from the industrial sector increased by around 9.8%, while in 2018 this increase was 4.8% lower.

In the past Kosovo has depended on imports from Serbia for food products as well. As such, the GAP Institute has analyzed the tariff’s effect on the prices of these products.Figures show that prices of food products and drinks have increased by 6.1% in the period between January and September 2019 compared to the same period in 2018.

Adam Bulliqi, who sells fruit and vegetables at his store Dioni in Prishtina, says that due to the tariff “prices have only increased, none have decreased” in his sector.

“The tax has increased prices, and for a while we also had a shortage of merchandise,” he says. “Prices grew for the supplier first and then for me — I pity the consumer.”

“During the summer, there was a price hike.”

Season after season, fruit and vegetables imported from Serbia have always been present in the Kosovar market. Bulliqi says that after the imposition of the tax, it was very hard to cover the demand for these products.

“Vojvodina exports a lot of onions to Kosovo. After the tax, onions were imported from Holland and Egypt at higher prices,” he says. “During the summer there was a price hike.”

Albatrit Imeri, another vegetable seller who has a small market at Krusha e Madhë, says that the tax has made it difficult to fulfill the demands of consumers for certain products, especially in the first weeks after its imposition.

According to him, business losses were also affected by the fact that consumers perceived that certain products produced in Serbia were of a higher quality.Therefore substituting them with products that were imported from other countries proved to be difficult. “Our losses were caused by the shortage of certain products, such as fruit conserves, which did not have the same quality,” says Imeri.

Since a “suitable climate” for the operation of local producers in Kosovo’s market was seemingly not created, it turns out that the biggest beneficiaries of the tariff are companies of other countries.For the six main groups of products imported from Serbia, substitutes are being imported mainly from North Macedonia, Bulgaria, Greece and Croatia.K