Yesterday (Wednesday, Aug. 22), hundreds of protesters gathered at Zahir Pajaziti square in Prishtina and marched toward the buildings housing the state’s Prosecution and Government, with the crowd demanding widespread reform to Kosovo’s political and justice system.

The protest was sparked by the resignation (on Aug. 15) and subsequent statements of Elez Blakaj, a former special prosecutor. Blakaj claims that he was pressured by Chief Prosecutor Aleksander Lumezi while investigating the inflation of the list of war veterans in the country, which entitles veterans to certain benefits. The list has been estimated to contain an excess of 19,000 people.

In his statement, Blakaj claimed that Lumezi had admonished him for interviewing president of the Assembly, and Democratic Party of Kosovo (PDK) leader, Kadri Veseli during his investigation. Additionally, Blakaj accused the head prosecutor of pressuring him when filing an indictment related to the Pronto Affair in 2016, in which high level PDK officials appeared to exercise undue influence in the hiring process for public positions.

Blakaj has also mentioned his supervizer Reshat Millaku, head of the Special Prosecution, as another person who has constrained his work. Millaku rejected Blakaj’s indictment in the war veterans case, suggesting that technical errors had been made. 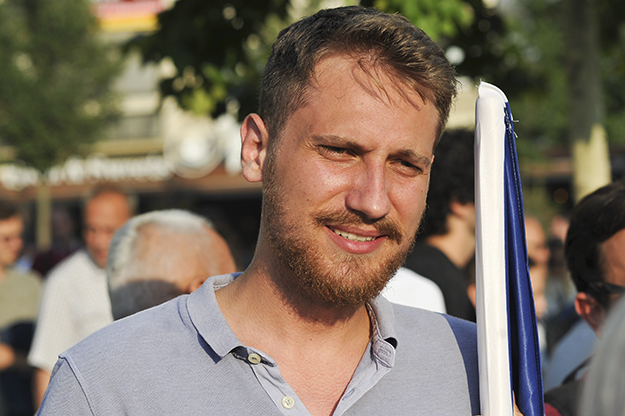 Protest organizer Gramos Buçinca feels that recent developments have shown the lack of independence and power of the judiciary. Photo: Atdhe Mulla / K2.0.

The call for the protest was issued through Facebook on Aug. 20 by the Protestoj organization, which was created in 2016 to demonstrate against the political culture in Kosovo they felt was revealed by the Pronto Affair. In the call, the organization highlighted that the protest was “organized by citizens” and that their demands included “the resignation of Chief Prosecutor Lumezi and vetting for the justice system.”

Gramos Buçinca was one of the organizers of the protest. He told K2.0 that he feels that “Prosecutor Blakaj was doing good and just work, and that is why he faced obstacles” when investigating the war veterans list. He added that Lumezi’s concession that he met with one of the accused in the Pronto Affair, Besim Beqaj, demonstrates his lack of impartiality as Chief Prosecutor.

For Buçinca, recent developments have confirmed already established preconceptions regarding the justice system in Kosovo — that ‘‘prosecutors are blackmailed and powerless when faced with people in political power.”

He explained that this is one of the reasons that the Protestoj organization was reactivated after months of inactivity. For Buçinca, the people must protest, pressurize and demand that the justice sector be cleaned up. He believes that the protests must not be limited to ousting Lumezi, and that they must also demand vetting for the justice system, which needs to be reformed. 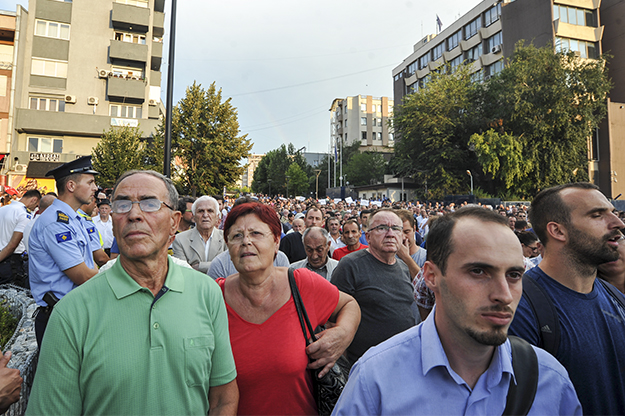 While the protests were aimed at being citizen led and free from the political spectrum, opposition parties Vetëvendosje, the Democratic League of Kosovo (LDK) and the Social Democratic Party (PSD) were quick to endorse the protest, making supportive statements in the media and deputies from all three parties appearing in the march. For Buçinca, their contribution was positive, as the parties did not try to kidnap the movement and appeared only as citizens of the state. “As citizens, all are welcome,” he said.

In addition to the two demands made by the organizers, after arriving in front of the government building, protesters also called for the resignation of Prime Minister Ramush Haradinaj. One of the protesters who repeatedly called for his dismissal was retired doctor Xhavit Bicaj, who told K2.0 that the prime minister’s interview for KTV, in which he insulted Blakaj, labelling the former prosecutor as a thief and a coward, was “offensive and put direct pressure on the justice system.” As such, he feels that Haradinaj must be ousted from his position.

Civil society member Betim Zllanoga, who was ready in Zahir Pajaziti square half an hour before the start of the protest, was also critical of the prime minister. “When a prime minister comes out and says that only people who have fought [in the Kosovo war] have the right to this land, that is worrying,” he told K2.0.

The young man from Rahovec says the Blakaj case has made him feel unsafe in his country. “When a prosecutor runs away from the head prosecutor, what can other citizens expect?” he asked. 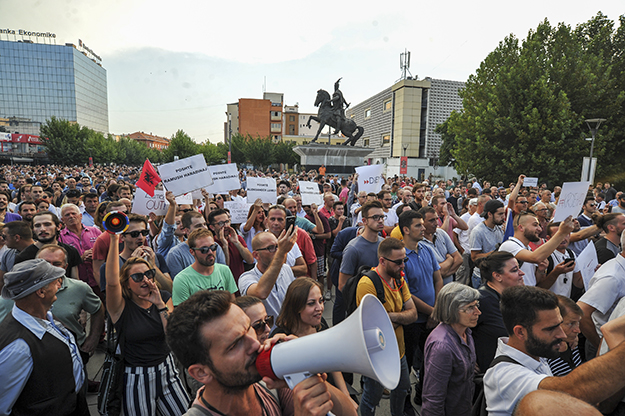 Film director Orgesa Arifi is another protester who went out to support former prosecutor Blakaj. She highlighted that this event should serve as a point of reflection for the manner in which the state is being run. For Arifi, the least that can be achieved through these protests is “to raise awareness among citizens that the justice system is rotten.” She went on to ask: “If the prosecution is rotten, then how can the state stay on its feet?”

Arifi does not expect the prime minister and head prosecutor to resign, and believes that protests must happen more often and take a more radical approach, because it has been proven by now that the justice system is not independent. “These actions must not only be conducted in city squares. We must organize other activities, meetings with many people, and maybe even prevent the head prosecutor from entering his office,” she said, adding that he no longer belongs in office.

Zllanoga on the other hand, believes that Protestoj must continue as it is and that opposition parties must not attempt to take it under their leadership. Their support must be limited to adding numbers to the protest. For him, this is the only solution and the protests must not stop now, but grow. 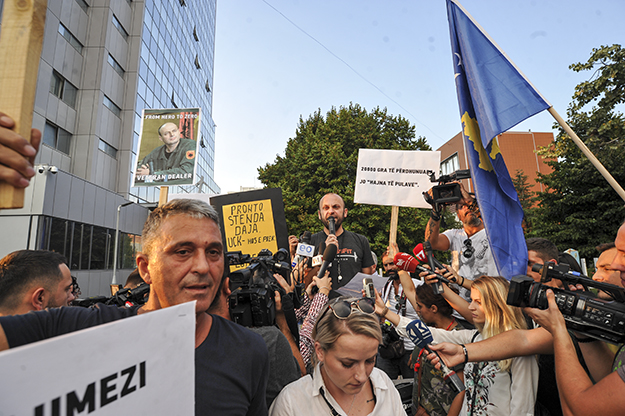 In summer 2016, the series of protests organized under the Protestoj banner in response to the Pronto Affair reduced in number as they continued, with the marches eventually ending a month after they began. Buçinca blamed a ban on the media publishing recordings related to the Pronto Affair and a shift in attention toward issues over border demarcation and the formation of an Association of Serb Majority Municipalities for preventing further protest at the time.

However, the revelations from Blakaj have seemingly reinvigorated the movement, with Buçinca now claiming that they “will only stop when the prime minister and head prosecutor resign and a vetting of the justice system is conducted.”

The organizer believes that protests in Kosovo have proven to be effective, and adds that the possibility of taking the case to the Constitutional Court should be considered, as he believes that the prime minister has violated the principle of the separation of powers through his statements and pressure on the prosecutor.