Is public property just for business?

A new law on the use of municipal property is in the making.

In recent years, there has been a surge of non-profit organizations and NGOs utilizing publicly owned property, often housing cultural events in unused buildings. Examples are numerous and stretch across the country, from Termokiss and Stacion in Prishtina, to Kino Jusuf Gervalla in Peja, Lumbardhi in Prizren and the Ali Podrimja cultural park in Gjakova. Concerts, film screenings, classes and art exhibitions have brought life back to old and abandoned cinemas, heating plants and boxing clubs.

But other than the cultural purposes they have shared, the venues are also united by legal difficulties in their usage. Organizers of events have often had to wage a public opinion “war” on local municipalities, or the Kosovo Privatization Agency (KAP), in order to legally have the right to use these buildings.

Part of the problem is caused by the current Law on Allocation for Use and Exchange of Immovable Property of the Municipality, which does not foresee entities such as NGOs and other nonprofit organizations utilizing public property.

The law states that public property owned by local municipalities should undergo an auction, where either the highest bidder, or the one that would provide the highest economic benefits to the municipality, would be awarded the property. Any other considerations for cultural or social benefits are not specifically considered by the law, meaning that the majority of municipal property so far has been allocated to business undertakings.

Fatos Qerimi, the head of the Department for Legal Affairs and Monitoring of Municipalities within the Ministry of Administration and Local Governance, believes that a lack of provisions for nonprofit organizations is not the law’s only shortcoming. “This law was foreseen to be drafted anew, and not just be rewritten or changed,” he tells K2.0. “During the phase of its implementation from 2012-2013 until now, there were a couple of obstacles that we as a Ministry have identified.”

The law is currently under review, and is in the consultation stage. The first preliminary consultation was held on Oct. 12 in Prevall. Present at the meeting, alongside representatives from the Ministry of Administration and Local Governance, KAP, and the municipalities was Rina Kika, an attorney representing the interests of the Termokiss Community.

During the meeting, Kika raised the issue of non-profit organizations utilizing public properties, causing surprise in the room, as the problem was largely unknown. Despite this, Kika states that officials from the Ministry at the meeting were very open to listening and taking this issue into consideration. 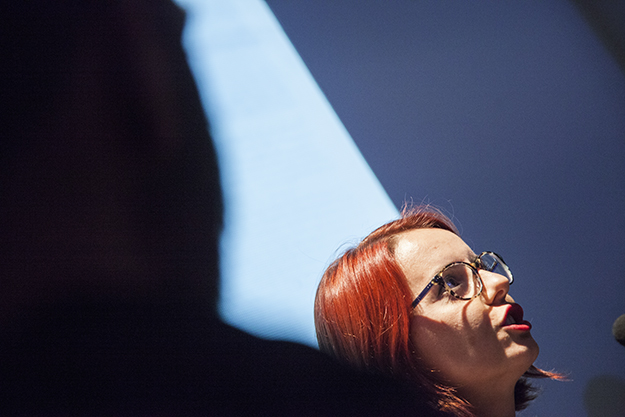 A representative of Termokiss, Rina Kika is hoping to amend the law in order to allow nonprofit organizations to use municipal property. Photo: Majlinda Hoxha / K2.0.

“We proposed to change the law, so that we can create a space for nonprofit organizations, be that foundations, NGOs or others, to utilize municipal property for nonprofit purposes,” she tells K2.0.

Kika reveals that she hoped that the issue could be solved by putting an amendment which would allow an auction for nonprofit organizations, separate from the public auctions, reserved until now only for businesses. “When I presented this idea, they said that this should be regulated through a special process, and not be submitted to an auction — which was a surprise,” says Kika. “We had expected them to amend the current process to fit the needs of nonprofit organizations.”

At the preliminary meeting in Prevall, Kika was asked to compose a formal request and send it to Ministry officials, Qerimi included, so they could evaluate the request and take proper steps to meet the needs of nonprofit organizations. She believes the current process for businesses is very thorough and transparent, and hopes for a similar process to be created for those outside of the business world.

At a public meeting on Nov. 24, representatives from the Ministry of Administration and Local Governance, the municipalities and USAID, said that the legal department within the ministry has received the recommendations, and a working group will decide on their future.

Also present at the meeting was Vullnet Sanaja from the Anibar NGO, who had their own dispute over public property regarding Kino Jusuf Gervalla in Peja. Sanaja was not hopeful about the outcome of the process, and said that the “passive resistance” they encountered was due to a lack of information from the side of public officials. “It seems like they were not planning to add this part about independent cultural organizations,” he told K2.0.

Nonetheless, Sanaja believes that all NGOs should work more to change the mentality of institution officials by making their requests as clear as possible. He believes that this will be achieved if they are persistent, participate in every consultation meeting, and regularly lobby the Ministry concerning this law. Outside of the culture based group of organizations, enquiries regarding nonprofit usage of municipality property were also made at the meeting by the Handikos and Germin NGOs.

Qerimi says that his department is taking Kika’s proposals into consideration and will try to accommodate the NGOs’ concerns. However, he seems divided as to how best address the issue. A new chapter of the law is envisioned, allowing mayors to allocate public property through the municipal assemblies, and Qerimi is unsure if allocating municipality property should be the responsibility of the mayor, or central institutions.

“We have cases now of NGOs being given municipal property, even though the current law has not regulated the process to reach the decision to cede it to them very well,” says Qerimi. He gives a case in which his department received a request to allocate public property to the Tennis Federation of Kosovo from the Municipality of Prishtina as an example. (Currently the Tennis Federation of Kosovo, and other sports federations are registered as NGOs at the Department of Sport within the Ministry of Culture, because legally there is no other form to register it as a sports entity.)

“Our aim is not to block the process,” Qerimi explains. “So we made it lawful, because the request had gone through the Ministry of Culture, who then sent it to the municipality, and, after it was approved by the [Municipal] Assembly, it was sent to us to confirm the legality of it.” 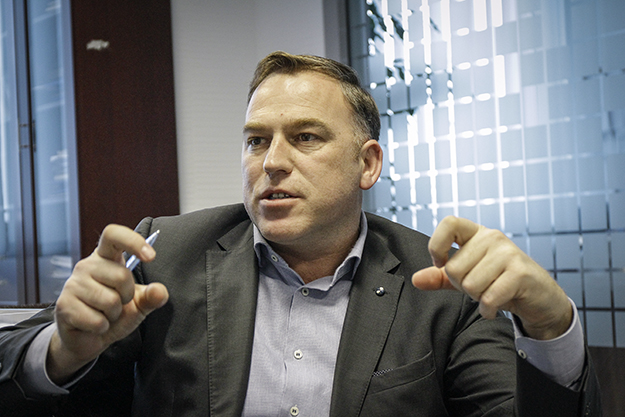 Fatos Qerimi from the Ministry of Administration Local Governance believes that concerns over NGOs are legitimate and is seeking the best method to prevent abuse. Photo: Fikret Ahmeti / K2.0.

He believes that this method is perhaps the best one to avoid any kind of possible misuse of  municipal property by NGOs in the future. Such fears for possible misuse and abuse of public property, were also arisen by representatives during the preliminary meeting in Prevall and during the consultation meeting on Nov. 24.

Qerimi says that concerns around NGOs are based on common sense and previous experience. He says there are thousands, and the government can not possibly control their function or their background, and feels that the probability for abuse can be very high.

“I’m not putting all of them in the same sack,” says Qerimi. “There are a certain part of them which truly have the best interest of citizens in mind.” But, to help diminish the unease over NGOs, Qerimi believes that the best solution may be for requests to be filed at central institutions.

The director is aware that if the procedure goes through both central institutions and municipal institutions, there can be a clash of political interest, and a blockage of the process as a result. “We live here, we know what goes on,” he says. “We as a ministry want to find the most appropriate legal aspect, so we can avoid as much as possible different abuses. But political will is altogether another thing.”

Education and culture vs. money and profit

The process of giving public property to cultural NGOs could perhaps feel alien to the Municipalities or Central institutions of Kosovo. But to help with that, Kika has conducted thorough research to see how other European Union states have regulated it.

In her proposal sent to the Ministry, she added an amendment which would require municipalities to allocate 20 percent of their Immovable Property to non-profit organisations.

“I know that it might seem like a bold request,” says Kika. “But this is a very good proposal because it will reap its benefits later, and contribute positively in the development of society. Maybe not immediately, but there are benefits which will be seen in the long term.”

She bases her claim on examples from Germany, the Netherlands, Austria, Great Britain and Spain, where giving public or state property for non-profit purposes is often favored. She points to the example of the municipality of Amsterdam, which has an office dedicated to offering abandoned objects for temporary repurposing. One building, ‘Melkweg,’ became a multidisciplinary center attracting musicians and artists, which now has 170 employees, 400,000 annual visitors and generates 12 million euros a year.

Another closer example is the Metelkova complex, a former military base in Ljubljana, Slovenia. In 1993, after the refusal of an official request made by a group of activists, artists, and journalists to utilize it, Metelkova was occupied by the group, who started activities there. Thirteen years later, in 2006, because of the success of this initiative, the complex was instituted as a cultural heritage object by the government.

It has now become a non-profit and non-governmental center of urban culture, welcoming all cultural initiatives and hosting around 14 organizations and dozens of artists, who organize programs for children and persons with special needs.

While occupying is one option, with the redrafting of this law, Kosovo has the chance to create opportunities to create such institutions inside the system. Kika, Sanaja and a number of other NGOs are hoping that soon, they will be legally entitled to utilize municipal property, allowing publicly owned buildings to become cultural and social centers, as well as possibilities to generate profit in the long term. K