When Kosovo declared independence on February 17, 2008, attention swiftly turned to foreign parliaments and assemblies across the world to see who would recognize Europe’s newest state. By the end of 2008, Kosovo had the recognition of the United States, Turkey and all but five of the member states of the European Union — the exceptions being Spain, Romania, Slovakia, Greece and Cyprus.

Eight and a half years later, while 112 nations worldwide have recognized Kosovo as an independent state, it is still not a member of the United Nations, and the same five EU members have yet to recognize Kosovo. This state of partial recognition has left Kosovo in something of a state of purgatory, often complicating admission into international organizations and the usual benefits of statehood.

MARCH 24, 1999:
NATO launches an aerial bombing campaign against the Milosevic regime in the Federal Republic of Yugoslavia. The military intervention is an attempt to end the humanitarian crisis in Kosovo and concludes with a ground operation in June of the same year which drives Milosevic’s state apparatus out of Kosovo.

JUNE 10, 1999:
The United Nations Security Council adopts resolution 1244. The resolution places Kosovo under an interim UN administration, with duties performed by the United Nations Mission in Kosovo (UNMIK). UNMIK is also tasked with establishing provisional institutions of local self government and facilitating a political process to determine Kosovo’s future status.

Opposition to Kosovo’s independence is most fiercely advocated by Serbia (with strong support from Russia), who insist that Kosovo’s unilateral declaration breaches international law and violates its territorial sovereignty. Although in 2010 the International Court of Justice (ICJ) issued an advisory opinion that Kosovo’s declaration of independence did not violate international law, a common factor behind the five EU non-recognizers’ position is often viewed as being based on internal concerns.

Relations between Kosovo and each of the five members of the EU yet to recognize the state have developed individually since 2008, with varying results. In this five part series, K2.0 looks at the internal and external factors that have affected diplomatic ties between these five nations and Kosovo.

In February 2008, reacting to news of Kosovo’s declaration of independence, the Cypriot Foreign Ministry released a strongly worded statement outlining their disapproval. “The Republic of Cyprus expresses its regret over the unilateral declaration of independence by the majority in Kosovo,” the statement began. “An act which constitutes a violation of the territorial integrity and sovereignty of Serbia.” Unsurprisingly, no recognition was forthcoming.

Cyprus’ reluctance to recognize Kosovo is partly based on the implications that such a recognition might prompt on the island, whose recent history has also included a unilateral declaration of independence.

In July 1974, a coup d’etat orchestrated by the Greek military junta and the Cypriot National Guard ousted Cyprus’ democratically elected president Makarios III and replaced him with Nikos Sampson. Sampson was accused of having intentions to annex the island with Greece. Turkey responded with a military invasion of the northern part of Cyprus.

DECEMBER 2003 - OCTOBER 2005:
The UN issue a set of standards that have to be met by Kosovo’s Provisional Institutions of Self-Government before Kosovo’s final status will be discussed. Twenty two months later a UN commissioned report states that further progress in standards can not be made until Kosovo is clear about its future status.

FEBRUARY 2006:
Kosovo’s future status is discussed at a meeting in Vienna by representatives from Kosovo and Serbia, with the negotiations mediated by UN Special Envoy Martti Ahtisaari. However, after a number of meetings no agreement is able to be reached, leading Ahtisaari himself to formulate a plan aimed at resolving the deadlock.

After the collapse of the Greek Junta and peace talks aimed at resolving the conflict, Turkey launched a second invasion between August 14-16. Around 40 percent of the territory fell under Turkish occupation during this second invasion, and ever since there has been a “green line” dividing Cyprus in two.

In 1983, Turkish Cypriots in the northern part of Cyprus, supported by the government of Turkey, self-declared independence. This self-declaration was considered an annexation by Greek Cypriots, and was opposed by the international community, who have refused to recognize North Cypriot independence.

In 2004, in an attempt to unify Cyprus before it joined the EU, the United Nations proposed the “Annan plan,” which would restructure the island into the “United Republic of Cyprus,” a two-state federation. The plan was voted on in a referendum on both sides of the partition. While 65 percent of votes cast by Turkish Cypriots approved the plan, it was rejected by 76 percent of votes cast by Greek Cypriots. Despite the plan being rejected, Cyprus joined the EU the same year.

Whereas no other nation than Turkey has officially recognized the Turkish Republic of Northern Cyprus, Kosovo has been recognized by 112 nations worldwide in the last eight years. However, for Cypriot foreign policy, this is not yet a significant enough distinction to break the comparison with northern Cyprus.

The Cypriot state has a long history of going against the opinion of Western powers and the international community on issues regarding Kosovo. When NATO commenced the aerial bombing campaign against the Milosevic regime in March 1999, Nicosia was a strong opponent of the action. A day after the bombing commenced, the Cypriot House of Representatives called the use of force against Serbia an “unacceptable provocation of international order and the UN Charter.”

April 3, 2007:
After further meetings and negotiations with both sides, Ahtisaari presents his plan for the future status of Kosovo to the UN Security Council. The Ahtisaari Plan is quickly approved by authorities in Prishtina and statements of support for its findings are issued by the United States and in the European Parliament. However, a rejection from the government of Serbia and strong Russian opposition prevents the plan from being adopted.

February 17, 2008:
Faced with no progress in negotiations, the Assembly of Kosovo unilaterally declares itself independent as the Republic of Kosovo, though Kosovar Serbs boycott the Assembly meeting. The Assembly obligate themselves to follow the provisions outlined in the Ahtisaari Plan, with its recommendations forming the basis for Kosovo’s constitution. The Kosovar institutions also agree to the deployment of over 2,000 corps from the EU Rule of law mission (EULEX), to monitor and assist the judicial system. The mission is still operational up until 2018.

In the years since Kosovo’s declaration of independence, Cypriot officials have reaffirmed this support for Serbia. In 2010, the Cypriot minister for foreign affairs, Markos Kyprianou, met his Serbian counterpart, Vuk Jeremic. At the meeting Kyprianou reaffirmed support for Serbia regarding the issue of Kosovo.

“Cyprus has not changed its stance about the unilateral proclamation of independence which represents an illegal act,” Kyprianou proclaimed, underlining the importance that the issue of Kosovo has for both Serbia and Cyprus. It came as little surprise five years later when Cyprus voted alongside Serbia against Kosovo joining UNESCO.

Contrastingly, there has been no meeting between Kosovar and Cypriot officials in their respective countries in the eight and a half years since Kosovo declared independence. However, meetings have been arranged on foreign soil, including a meeting between Kosovo’s foreign minister Enver Hoxhaj and then prime minister, Hashim Thaci with Cyprus’ minister for foreign affairs, Ioannis Kasoulides at the UN headquarters in New York in 2013. The officials discussed the possibility of cooperation between the two states.

In 2014, the British Council arranged a project in order to better connect the civil societies in Cyprus and Kosovo. Representatives from a range of NGOs, think tanks and media outlets from Kosovo met with counterparts from Cyprus, in what was the first ever delegation from Kosovo to visit Cyprus.

According to the British Council the visit “achieved a lot in terms of decreasing the misperception of Kosovo in Cyprus.” Florian Qehaja, the director of the Kosovo Center for Security Studies, a Prishtina based NGO agreed. He told K2.0 that “Cypriot civil society sees the relation between Kosovo and Turkey as more bounded than it is in reality.” A corresponding visit was made a year later when a Cypriot delegation including professors and members of Cypriot NGOs came to Prishtina.

APRIL 2013:
Two years after the beginning of a technical and political dialogue, Kosovo and Serbia sign an accord, considered by many as “a landmark agreement” to help normalize relations. Point 14 of the accord states that “it is agreed that neither side will block, or encourage others to block the other side's progress in their respective EU paths.”

DECEMBER 2014 - MAY 2016:
Kosovo find sporting success in December 2014 and again in May 2016, being admitted as a full member of the International Olympic Committee and FIFA respectively. However, in November 2015 Kosovo fails by three votes to be admitted into UNESCO, after a state funded campaign against Kosovo’s membership is run by Serbia.

JULY 22, 2016:
Suriname become the 112th country to recognize Kosovo as an independent state in July 2016. However, Russia, China, India, Brazil and more than 80 other states worldwide are still yet to recognize Kosovo’s sovereignty.

The two states have however forged almost no kind of economic relationship. In a paper entitled “Kosovo Calling,” Giorgos Kentas, a professor at the University of Nicosia revealed that between 2009 and 2011, only one commodity was exported from Cyprus to Kosovo.

In the short term it is hard to see how the Cypriot stance towards Kosovar independence will change, as the unsettled internal problem regarding northern Cyprus remains the greatest stumbling block. With a lack of a strong economic incentive to help oil the wheels, recognition seems a long way off, however diplomatic relations between the two countries have recently taken their first tentative steps.K 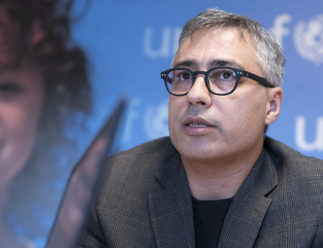 Murat Sahin: How can we hear young... 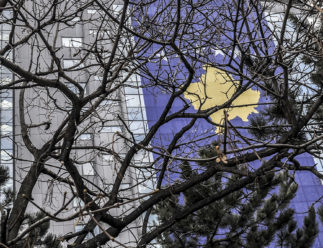 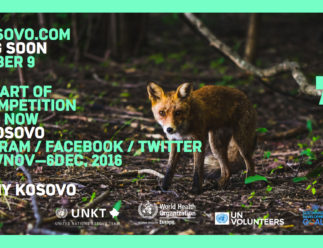 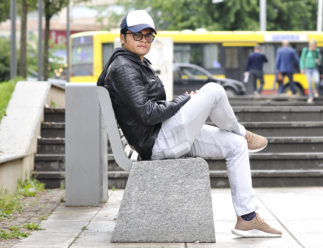 The Artidote: Knowing others are going through... 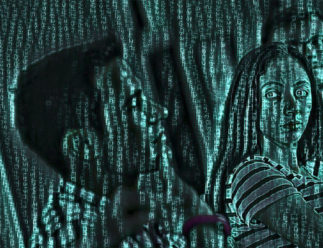 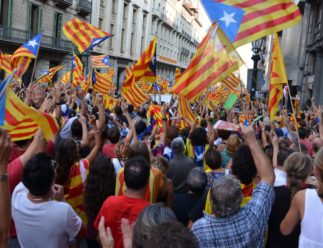 Catalonia cannot be compared to Kosovo’s fight for independence 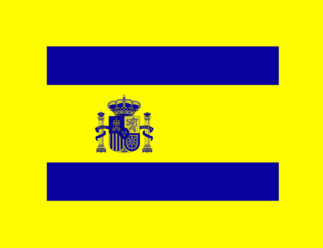 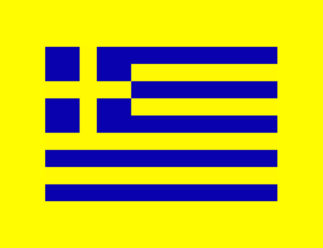