Statement by the War Veterans’ Organization of the Kosovo Liberation Army: Who is to blame?

In the most recent attempt at an inaugural session of the Kosovo Assembly, which was interrupted for the fifth consecutive time having failed to reach a quorum, deputies were given the opportunity to speak before people present in the parliament, and those who were following the live transmission.

Among them was a deputy who led the criticism against the PDK-AAK-Nisma coalition — the so called war ‘wing’ — and their refusal to take part in the session. He criticized specific individuals in the coalition, saying that they had committed all kinds of evil, highlighting their status as commanders in the recent war in Kosovo.

Naturally, this deputy’s speech was met with hostility both inside the Assembly (with a few instant reactions), as well as outside of it. By the afternoon of the same day, the War Veterans’ Organization of the Kosovo Liberation Army released a statement, proclaiming, among other things, that:

“We want to let everyone know that if a dangerous situation should arise, we, the veterans of KLA, and the commanders that are being insulted in the Assembly, will be the ones who will come to this country’s aid; and the clique of waiters, translators and commissars will cower in the nearest hole they find, as they did during the War of Liberation.”

I hadn’t heard the word clique for quite a while, so I checked the dictionary and found this definition:

A small group of people united by evil ambitions, interests and aims, one that conducts destructive activities. A clique of traitors (renegades). A military clique. A revisionist clique.

Let’s talk about the above mentioned cliques for a bit.

Being a waiter in Kosovo means working for a cruel wage in terrible conditions, without a contract, for an extended period of time. It is related to many other issues as well. I have met waiters who work for less than the minimum wage which is set out by Kosovo’s collective contract, people who have simultaneously worked the bar and the tables. In English (seeing that I belong to the clique of translators) this could be called a one-man show.

Many young people choose this profession during their studies or while they’re searching for another job, or simply because factories and other social enterprises have been privatized with tragicomic prices, and their productive potential transformed into something that resembles a construction site (one without a permit) or a desert.

Waiters work to cover their daily expenses, their water and electricity bills, their study fees, hoping that one day they’ll find a better job which matches their desired profession or dreams.

It seems translators are mainly to blame. For the untranslatable statements made by “the crème de la crème of our political world,” the people that open brackets and never close them. For cooperating with foreigners, and the enemy. For causing misunderstandings in sessions and other important meetings, because “you didn’t translate it correctly.” For the fact that Kosova is Kosovo and not Kosovë, and so on. Quite guilty.

The lack of sympathy towards translators in Kosovo has been noticeable since the end of the war. One of the reasons why translators have been stigmatized in Kosovo since then is that they were mainly seen working with foreigners, and as a result of the preconception that “foreigners do not want to see us prosper,” translators were considered as collaborators.

Translators, and especially interpreters, are always in the shadows, in the background. They are often not considered as equals in meetings. They are often forced to suppress their beliefs and opinions, because their profession requires confidentiality, impartiality, ethics, honor, and so on. Furthermore, we must not forget that translating is an intellectual activity. To be a good translator one must know at least two languages and the respective terminologies, as well as have longstanding experience, as it is a very stressful job. It requires a great deal of responsibility. However, unfortunately this profession is derogated and underestimated. People prejudge that anyone could do this job.

Instead of treating this clique with kindness and utilizing it to achieve their great goals (since this clique also speaks the language of the “enemy”), members of the aforementioned organization are turning their back on this potential!

As I said above, I am a part of this clique.

Who are the commissars? What are commissars? This word sounds like something from films, TV series or novels related to criminology. I have no choice but to turn to the dictionary again to see what this word means. I am afraid that our dictionary (the old one) will give positive connotations to this word due to circumstances that we know by now. Let’s see… Initially, I did not find the word ‘commissar’ because in the statement it was spelled incorrectly. Could this mistake have been deliberate, and sarcastic?!

Head of political duties within a military unit, primarily responsible in command, and one that deals with political and military education. Political commissar. Red commissar (partisan). Unit commissar (of a battalion, brigade, division).

Since this word has military connotations, I will refrain and surrender. I consider myself to be unable to explicate and find the meaning of what was meant to be said with this word. Maybe since Levizja Vetevendosje is a social democratic party. Maybe because it opposes right wing policies. Who knows…

Ultimately and unfortunately, many statements made by politicians, organizations and associations in Kosovo often, deliberately or not, contain language that is offensive towards a wide stratum of the population. They make a mistake whenever they start off on the premise that the people are uneducated, that they don’t understand, that those words were not directed towards them, and so on.

It is regretful that such a statement maltreats the respective occupations of a big part of society. Moreover, it is regretful that this maltreatment is committed by an organization that should normally represent the ideal of the people, including waiters, translators, manual laborers and anyone else who works honorably, for freedom and independence.

I do not regret choosing this profession at all. And you, what do you stand for?! 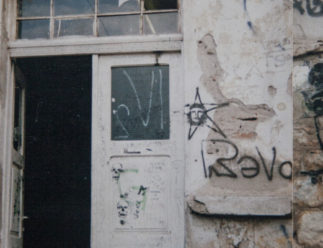 The walls as a canvas 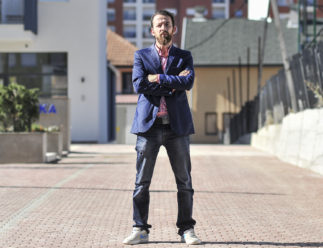 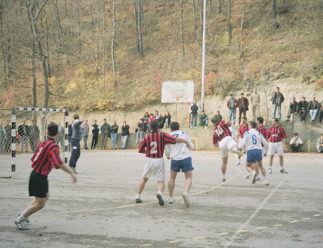 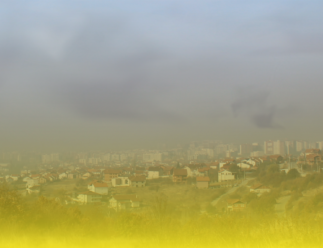 What choice, other than going green? 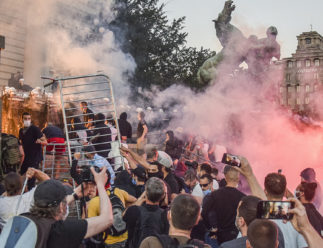 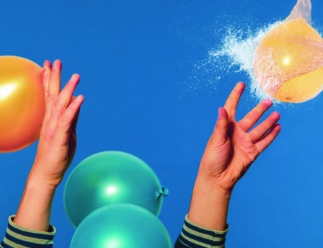 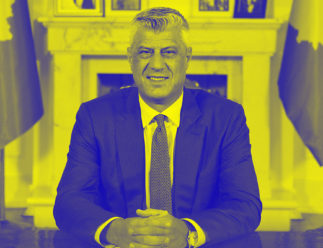