Visions of the future: DokuTech

K2.0 asks DokuFest attendees to look into the unknown.

The year is 2101. DokuFest is celebrating its 100th anniversary, volunteers are partying until dawn and are fresh-faced as ever the next day and Kosovo is helping the Nordic countries with their film production. Or so proclaimed the time-travelling visitor who, at the opening ceremony of the 16th DokuFest in 2017, gave us a glimpse of a brighter future. But what do the people who populate today’s Prizren hope and fear for the future? Is a better world coming?

K2.0 went to find out at this year’s Doku:Tech, which featured a series of talks on the optimistic future of the technology industry, discussing how a small start-up working out of a the basement of a family home can in a few short years be bought by Walmart, what moral choices we face as we move ahead, and how technology can unite disparate communities from opposite sides of the planet. We asked three speakers about what they imagine for the world between now and 2101. 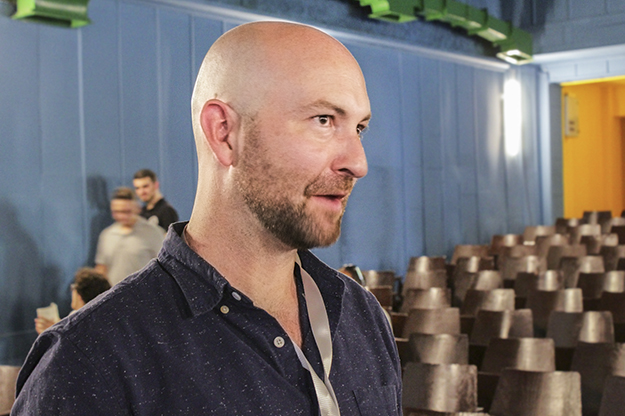 K2.0: Which technological advancements do you think will help mankind?

Osborne: I really hope, and I think there’s a chance here, that someone creates a technology that helps people have better arguments. If you look at what’s going on in the United States right now and the nationalist movements in the UK and around the world, people are getting so entrenched in their ideas that they can’t even have rational arguments. If someone can figure out a technology that actually helps combat that, we can have an amazing, more utopian future.

Maybe there’s going to be VR headsets that show people who haven’t experienced war what’s that like, or show different cultures. What is it really like to be gay? Making them first hand experiences so people can see the differences in a very visceral way.

Which technological advancements could endanger us?

It’s going to be easier than ever to create very convincing media that is fake and disseminate it. We have a natural human tendency to go out in the world and find information or data or viewpoints that just support our own existing viewpoints.

There are people out there right now who are deliberately taking advantage of that. There’s some very scary technology that’s basically creating video and voice. In ten years, you’ll really fake something. If we can’t authenticate that – if a trust technology doesn’t keep pace – we’re in real trouble. 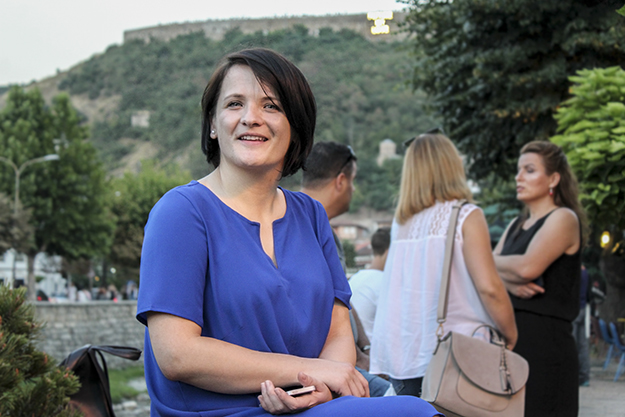 K2.0: The world is already more connected than it’s ever been… what’s next?

Gashi: We have to make technology more human friendly. When you stay in touch with friends online, you don’t necessarily feel “oh you know their reality.” Just how they’re feeling, what they’re doing. You can sense through technology that some people are a bit more depressed. Technology has done a lot of good for humanity. It connected us, gave us this power to know where we stand, but at the same time it gives us this false image, because at the end of the day I don’t think we realise how important it is to talk to people. I don’t think I’ve ever come across more young people that have been depressed than in these past few years.

We’ve seen these trends of unemployed or isolated people turn very radical, which is a big threat to our own humanity. In one way or another, we have to find ways to make it a bit more humane.

What will it mean to be a member of a diaspora in the year 2101?

Ideally, we’d all be diaspora. We live a transient life more than ever now, in every corner of the world. People no longer are just connected just to geography. You’re six months here, your work cycle takes you to another country. The number will just rise. But I think there will be a lot of identity crises in between. To figure out where you belong. What is your calling? 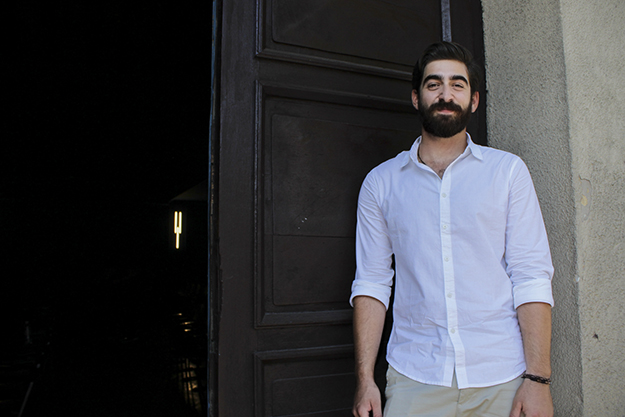 Mark Etem is a digital nomad that gave a talk on how to live a 21st century lifestyle, constantly moving between work spaces and locations. Photo: Agan Kosumi / K2.0.

K2.0: How do you envision the world will be for our great grandchildren?

Etem: Right now, the paradigm is that you’ve got an office and you go to the office and you complete your work there and you go home. But when I think about the future, I think of how the cultural and work norms will be structured, considering the technologies we have.

People will start choosing who they work for based on the culture that’s provided. Already you have an increased amount of decision making at the level of the employee because people change companies more often than they did 20 or 30 years ago. Because millennials are the ones moving into higher positions now, you have people that are demanding these different cultural norms.

You’ll see offices and the tools people use to interact with each other become financially separate from the companies that the people are working for. You’ll start seeing office space being co-working spaces, or even just [company paid] cards used to pay for cafes that people spend their time working in.

In terms of the company, they’re not owning the real estate, they’re helping you with the infrastructure to be location independent.

How do you see the future of the nation state? Will borders be reinforced or meaningless?

I’ll give you one interesting thing I discovered in just talking to ten or fifteen people about the subject. People were more willing to give their security, health coverage and accommodation to a company that cared about them than to a state that didn’t. My question to you and the readers of the article you are writing is: is there a utopian version of corporatocracy?K