A symbol of repression which should remain just that - Kosovo 2.0
Perspectives | Public Space

A symbol of repression which should remain just that

Prishtina’s Serbian Orthodox Church should stay, a reminder of the terror of racism and oppression.

Every frame in my memory of the unfinished Serbian Orthodox Church on the campus of Prishtina University is washed in a ghostly grey feeling, of a hollow building surrounded by blackbirds, with overgrown, unkempt grass.

There is a reason why the giant structure with the golden cross piercing the skies stands out in this way in my memory — and, I believe, in the collective memory of my generation. We tried helplessly to look away as we witnessed its construction in the early 1990s, an imposition on the grounds of a university which we were not allowed to attend, at a time when our whole society was undermined every day, humiliated in every way.

There is a reason for the current heated debate over its future. It is a debate that we have been unable to have for the past 17 years, as we waited for international justice to deliver justice, as we tried and tested what precepts of transitional justice work for us, as we tried to make sense of events and struggled to find the best way to commemorate the past.

As we, in the name of moving forward and creating a heroic narrative, made compromises about how we would come to remember that past; as we cringed, often on our own, at how the suffering, still very vivid for many of us, became a matter of semantics — a conflict, if you wanted to appear objective and neutral, or a war, if you wanted to show your stripes; as we tried to manage our anger at policies that had destroyed the lives of so many; as we tried to rebuild our lives and build our own state, a country that emerged on those very moral grounds of unprecedented repression and war crimes committed against us. 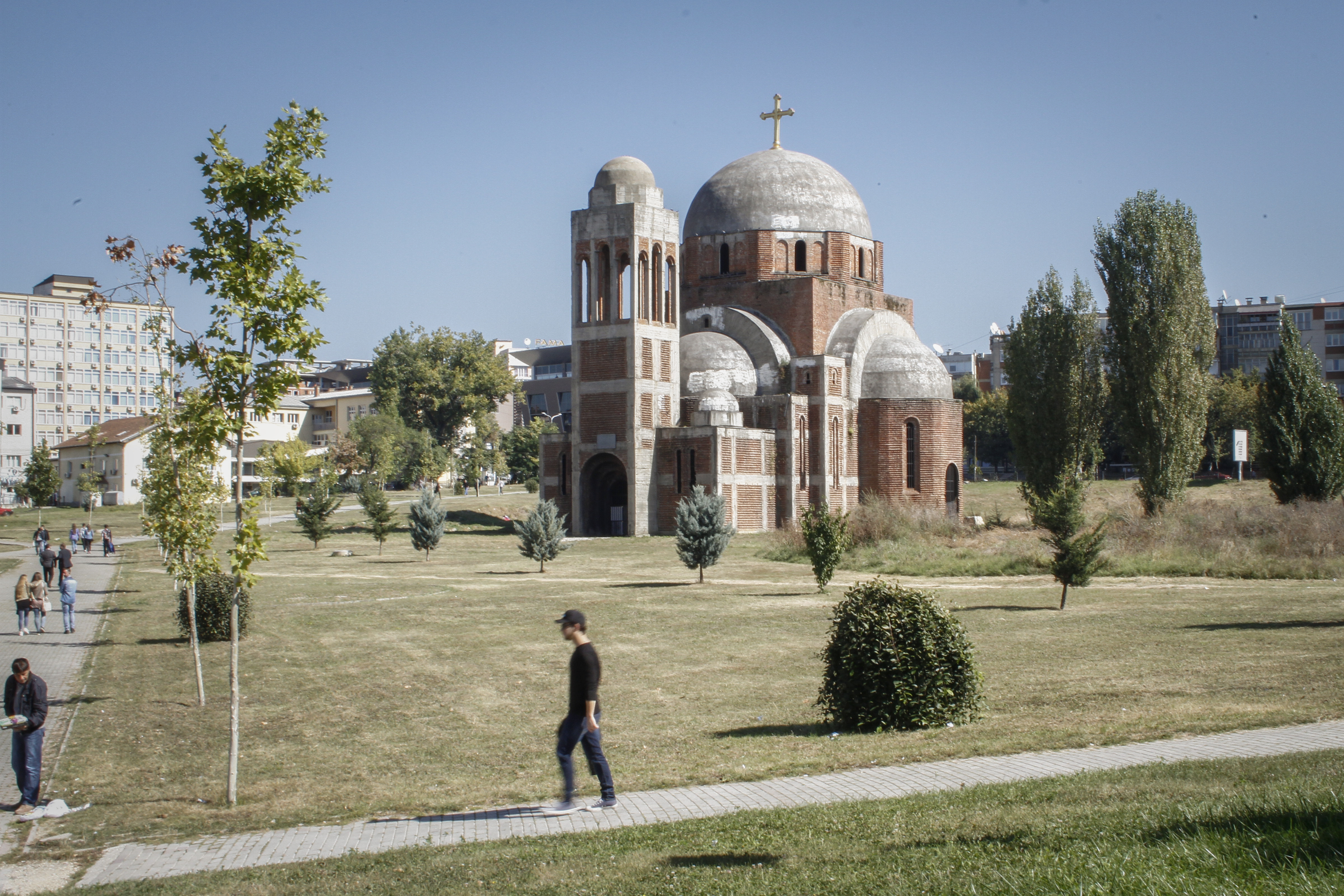 There is no question over what we feel that particular object on the university campus represents. For each one of us the structure is a reminder of those terrible times, not because it is sacred to some but because of the circumstances in which it came to be. But today, as we build a state which derives its legitimacy in part from how it treats its minorities, while still bullied by our former oppressor, we need to move beyond feelings. We have a chance to choose how to interpret this past. We must learn from others.

This is why I think that it is particularly useful to think about the Serbian Orthodox Church on the university campus along the same premises as the debate that has been taking place for some time in the United States over the legacy of slavery.

Across the United States, university campuses and museums — usually the avant-garde in these important conversations — are questioning the legacy of slavery and engaging in very serious soul-searching about the monuments and statues that are named after slave owners or that glorify the history of those who once repressed others based on their ethnic, religious or racial identity.

While there has been no conclusion, with each institution trying to find its own middle ground — some deciding to take down the statues and others to take no action at all — there is a prevailing consensus that these monuments should be degraded to relics of the past: “instruments of education rather than objects of veneration,” through which younger generations can learn about violence, repression and apartheid.

The Serbian Orthodox Church on the grounds of the University of Prishtina campus was built illegally and by force as part of a campaign of repression and we should preserve it as such.

In one recent example, the Atlanta History Center, according to The Economist, has proposed to add educational panels to monuments to explain their backgrounds, detailing their origins and the people who erected them, and to leave them where they are so that they can tell the whole story.

In another case, dozens of historians and researchers at Georgetown University have engaged in thorough research to uncover the fate of 272 slaves sold by the university to stay afloat. The university has also taken immediate measures to offer preferential admission to the descendants of slaves.

The Serbian Orthodox Church on the grounds of the University of Prishtina campus was built illegally and by force as part of a campaign of repression and we should preserve it as such. Although it is a religious site, and as such commands respect, the time and the way in which it was built are a representation of Serbian nationalism, of the racism expressed against Albanians, and it should stand as a reminder of those dire times.

We should ask the clerics who accepted the illegal building of the church by Slobodan Milosevic, a strongman who pursued a campaign of ethnic cleansing against Albanians, to confront the role they played when acting in unison with a repressive Serbian state which stoked hatred.

It is our right to speak openly about it. And it is the only way for us to come to terms with relics of repression. Neither Serbia nor the Serbian Orthodox Church should escape responsibility for the war crimes committed in Kosovo.

Kosovo must never again become a place where religious monuments are razed to the ground. However, being cult objects should not allow buildings to escape the narrative of how they came to be — specifically those sites that were erected during the Serbian repression. If we choose to view them solely as holy places, we will be telling only part of the story.

We cannot keep silent about what they represent, or continue with business as usual as if nothing happened. It is up to us to tell the other part of the story, to convey in words and with facts the terror that we endured, the way we felt when the foundations of this object were set, in the presence of those who came to shatter the lives of this generation forever.