During this year’s program cycle, eight fellows have worked closely with editors to extensively research and report on their selected areas of interest within the framework of human rights. The journalists have spent months seeking out stakeholders, interviewing sources, filing data requests and conducting analyses to identify trends, which have helped to inform their exhaustive reporting.

Conducting responsible journalism on human rights violations requires reporters to delicately gain the trust of their subjects, many of whom have suffered various forms of trauma and tragedy. The eight intimate and often heart-wrenching stories reported by this year’s fellows, shed light on the harsh and violating realities of those who are devalued, excluded and abused in Kosovo, on the basis of race, ethnicity, gender, disability, sexual orientation, and more. The hope is that these stories will turn attention to issues that have so far gone unaddressed, and serve as a call to action for government officials and community members, alike.

Below is the list of articles from this year’s fellows.

In Kosovo, minor violations can lead to major jail time… but only if you’re poor. K2.0 follows the stories of men who were locked in a cell for failure to pay fines for offenses ranging from basic traffic violations to the illegal felling of trees. In prison, some men were subject to abuse, others to cramped and sub-standard conditions, all while their families suffered financially beyond the prison walls.

Life and death: the harsh reality of pregnancy in Kosovo

When a 21-year-old Roma woman was unable to afford to travel for specialized medical treatment during her pregnancy, she was sent home without. Soon after, her unborn child died in the womb. Minority women often lack critical access to healthcare and maternity medicine in Kosovo, because of insufficient funds, but also because of ethnicity-based discrimination. This article takes a look at what is, and isn’t, being done to address the issue.

In Kosovo’s construction sector, employees often take jobs without official contracts, on sites with hazardous work conditions. They have little protection in case of injury or death. Yet construction remains the largest employer of men in Kosovo, and with few alternative sources of income, those in poverty are forced to sacrifice safety for pay. This article follows the stories of the men who have lost everything in doing so, in some cases, even their lives.

A place to call home

LGBTI rights are next to absent in the Criminal Code of Kosovo, yet members of the LGBTI community face recurring instances of violence and discrimination, the result of  a society that has been slow to show acceptance. Through the friendship of two brave Kosovars, this story illustrates what it’s like to have to find a home in each other, after you’ve been forced to flee your own.

Childhood poverty in Kosovo is forcing children to grow up too soon. When families are unable to make ends meet, children take on responsibilities that rob them of their right to education, physical health, and sometimes their innocence. It’s cyclical, passed from one generation to the next, and yet little is being done to protect minors and families from this grim fate.

Kosovo is no safe haven along the dark road west

Immigrants are offered few protections in Kosovo. Whether they’re refugees escaping war-torn homelands, stopping through on their journey to Western Europe, or those with temporary resident status, the Kosovar government has failed to defend the rights of those fleeing their country of citizenship, despite Kosovo’s own recent history of migration.

Infrastructure fails to adequately support people with disabilities in Kosovo, but worse than that is the discrimination disabled people face when trying to find work. Whether a disability presents in the form of blindness or short stature, employers consistently ignore the applications of qualified candidates because that candidate has a disability. And in ignoring these applicants, employers are ignoring the law, too, but consequence is rare and fails to motivate change.

Despite a recent push across EU member states for more balanced parental leave, in Kosovo, laws on paternity and maternity leave send a different message: men belong at work, women belong at home. While members of younger generations push for greater equality and shared responsibility, legislation on the matter fails to break away from the past, and continues to reinforce traditional gender roles.

The journalism fellowship programme is implemented by Kosovo 2.0 in partnership with Center for Equality and Liberty (CEL) and the Kosovar Gender Studies Center (KGSC). The programme is financially supported by the European Union in Kosovo, and is co-financed by the project ‘Luxembourg support to civil society in Kosovo,’ financed by the Government of the Grand Duchy of Luxembourg and managed by Kosovar Civil Society Foundation (KCSF).K 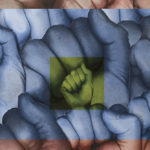