More than a hundred protesters, predominantly young people, gathered in the center of Prishtina on Friday (September 20), to demand greater action on environmental protections.

The protest was part of the wider global climate strike being held around the world on this day with citizens calling for people in power to do more to fight climate change, pollution and environmental destruction.

A central tenet stressed by protesters in Kosovo and in the world is the acute need to transition away from fossil fuels to renewable energies. Kosovo in particular draws practically all its energy from coal-powered plants and a new power plant is being planned despite well-documented environmental and health concerns.

A similar protest in Peja earlier this year against a hydropower plant planned for the River Lumbardhi drew hundreds of protesters and successfully brought a halt to development.

Friday’s climate strike action coincidentally falls during the second edition of Kosovo Sustainable Development Week (KSDW), which started on September 16 and will go on until September 22.

Learta Hollaj, from the Institute of Development Policy (INDEP), is the coordinator of the event. She said that the objective of this edition of KSDW is to convey the conclusions reached at the event to the new structures that will lead the country after the election, so that they can be of use to measure progress on the aforementioned issues. KSDW is supported by various local government and international institutions, the EU and Germany, as well as local organizations with an environmental focus.

KSDW includes a variety of different activities. These range from high level conferences revolving around issues related to sustainable development and trainings on sustainability in the private sector to workshops for the youth, sports and ballet performances for the environment, film screenings with solar cinemas, car-less days, masterclasses to raise awareness about environmental protection, meetings with residents of Obiliq to discuss the environmental challenges that the municipality is faced with, and more.

As part of KSDW, two films are being screened in collaboration with DokuFest and local partners. Screenings of the selected films “Climate Change — The Facts” and “Trashed” have been taking place throughout the week in Prishtina as well as in Gjakova, Mitrovica, Kamenica, Peja and Graçanica.

Hollaj says that these two well-known films are related to two of the main issues explored through this week, which are “important for the country, the region and the world.”

The protagonist of Candida Brady’s “Trashed,” British actor Jeremy Irons, sheds light on the issue of waste by traveling to some of the most beautiful countries in the world, which are being suffocated by pollution. The harrowing film seeks to eliminate any remaining skepticism and indifference towards pollution and waste.

There is much debate about whether the government should prioritize renewable energy or opt for energy produced from coal. 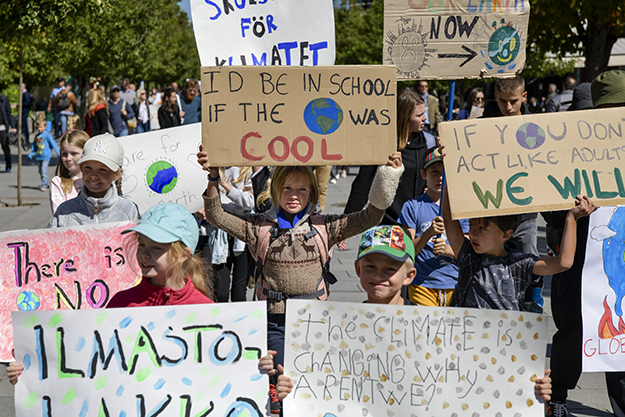 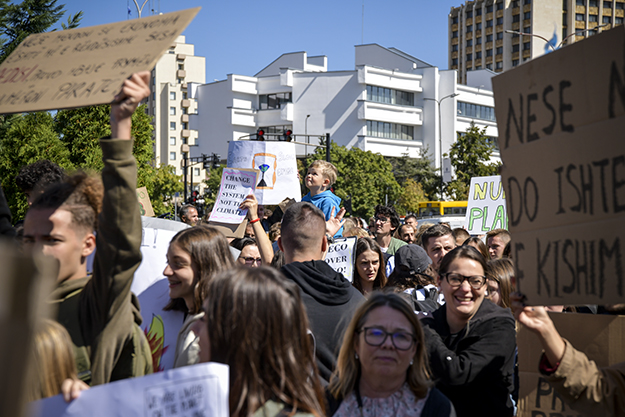 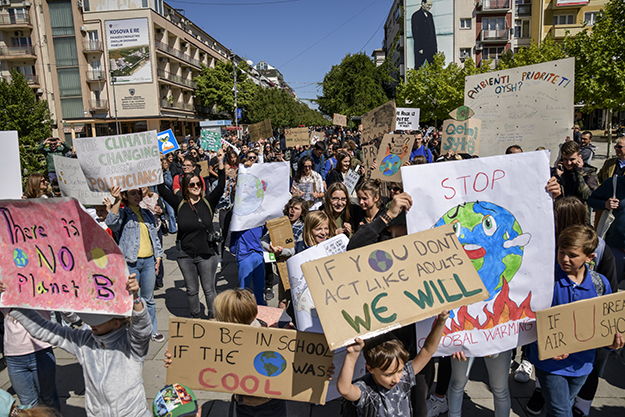 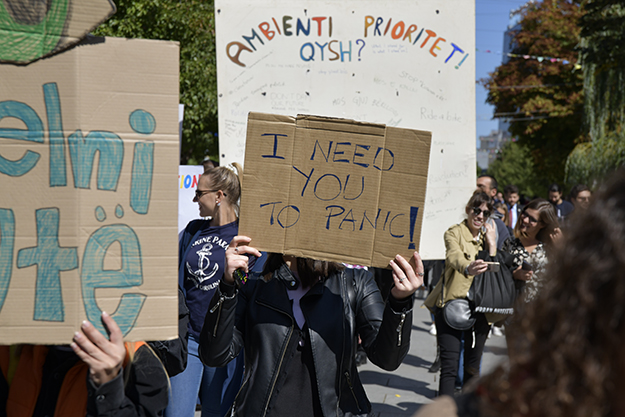 “If you think that waste is someone else’s problem, you should think again,” is the message conveyed by the 2012 documentary. In an attempt to reach deep into the human conscience and incite a reaction against pollution, the film showcases beautiful beaches in Italy, Cyprus and France that have been conquered by waste — which is, with the help of humanity, winning the war against nature.

This objective of this year’s edition is to raise awareness about these issues and to encourage citizens to become engaged.

KSDW is active in many different cities. “The idea is to expand as much as possible and to make a comprehensive platform,” Hollaj says.

Another important issue that is being discussed as part of KSDW is energy, at a time when there is much debate about whether the government should prioritize renewable energy or opt for energy produced from coal.

In 2017, the Kosovar government signed a contract with U.S. consortium ContourGlobal for the construction of a new power plant called Kosova e Re (New Kosovo). But the World Bank withdrew its support for the project on October 10, 2018, arguing that it was no longer economically justifiable to invest in coal.

Despite the World Bank’s withdrawal, Kosovo’s government has pledged to press ahead with building the new power plant and is seeking new funding alternatives.

On Tuesday, a debate titled “Energy for the Future” was held at the Emerald Hotel in Prishtina, which revolved around the current energy situation Kosovo and its challenges, trends, efficiency and potential, as well as the achievements that have been made so far regarding energy transition.

Valdrin Lluka, outgoing minister for economic development, said that by 2030, at least 32% of Kosovo’s energy must come from renewable sources, while German Ambassador to Kosovo Christian Heldt said that energy transition is a high-level issue that Germany faces as well.

Also taking part in the debate were AAK/PSD coalition deputy candidate Dardan Sejdiu and Hekuran Murati from Vetëvendosje, who both criticized the construction of the new power plant.

On the other hand, Visar Azemi from Balkan Green Foundation (BGF) expressed his disappointment that political parties in Kosovo have not distanced themselves from plans to produce coal-based energy.

Kosovo Sustainable Development Week will continue until Sunday, September 22. The following week is the global Climate Diplomacy Week, which will also see a number of things planned.

For instance, Gaia is seeking to organize public discussions in Obiliq, which is reeling from the consequences of its power plants, as well as workshops in schools and an exhibition. The EU Office Kosovo will also set up film screenings, discussions and workshops for the occasion.