Festivals are not just for fun.

The summer months are important for Kosovar finances But for Agnesa Çipa Laçi from Prizren, summertime income dictates her way of life and sometimes, her whole year.

Laçi is one of the many homeowners who rent out parts of their houses to accommodate guests and visitors to DokuFest, the festival, that transforms Prizren into an oasis of artists and filmmakers from around the region and the world.

Laçi‘s house is located in a neighborhood close to the center, near the Catholic Church.

“The economic impact of Dokufest to Kosovo’s GDP was €3.1 million, while this number is expected to reach €21.9 million over the following four years.”

Throughout the year, she lives there with her family, but during the festival, her house is transformed into a hostel while Prizren is changed into a center of culture and entertainment and nightlife during Kosovo’s hot summer.

For Laçi, as well as for many owners of houses and hostels, DokuFest “provides good intravenous therapy for Prizren.” Laçi says that her family earns up to 800 euros per season by renting rooms for ten euros a night.

“The center of Prizren thrives [during DokuFest]. All businesses in the center experience an increase in their income. “Houses that are 200, 300 meters from Shadërvan square benefit and it’s good that DokuFest strives to make each home benefit from it.”

Kosovo has a variety of festivals ranging from film and music to art and wine. They could become the cornerstone of a burgeoning tourism industry.

At the 2015 version of DokuFest, Visitors on average spent 102 euros per person. The Kosovo Statistics Agency said 45,000 people saw films at DokuFest in 2018.

According to a GAP Institute report from 2011, “the economic impact of Dokufest to Kosovo’s GDP was €3.1 million, while this number is expected to reach €21.9 million over the following four years.”

The Ministry of Trade and Industry’s (MTI)  profile on the tourism sector from March 2014 noted that there are a variety of issues that affect the Festival industry, including limited funding and lack of infrastructure.

Dr. Shperim Reka, professor of tourism management at Sheffield University in the UK, says that, Kosovo needs a national public body that promotes tourism. [It would do] research and promote festivals as tourist attractions.” MTI says that there is a new tourism draft law in development that will create this agency.

This year the number of DokuFest visitors declined. Business owners blame this on the Sunny Hill festival in Prishtina, held on August 2-4, dates that coincided with DokuFest this year.

"In the preceding months, we had less income, but when DokuFest starts, there are more tourists and consequently there is more work,”

Via e-mail, a DokuFest spokesperson*, says that this factor has not been influential “because that is a music festival and DokuFest is a film festival.” However, the effects were notable during DokuNights, the festival’s afterparty program. There was less interest in the nightly programs, that have traditionally drawn big crowds to Prizren during DokuFest.

Some elements that contribute to the ‘noise’ and charm of Prizren, not only during DokuFest, are the cafés that you can find in every corner of Shadërvan square.

Denis Dushi, manager of Hemingway, one of the most iconic cafés in Shadërvan square, is pleased that Prizren is transformed into an important part of tourism during summer. He adds that August is the most important month for his business. 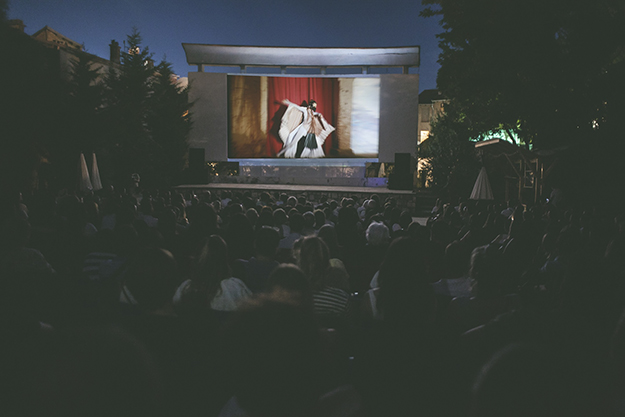 “In the preceding months, we have less income. When DokuFest starts, there are more tourists and consequently there is more work,” says Dushi.

However, Dashnor Hajdari, owner of Ora café, does not agree with Denis, saying that in the last few years they have had fewer visitors. As a result, they have less income than they did four years ago.

“Compared to other years, it’s gotten worse. But in general there is work,” he says. Hajdari also attributes this decline to the Sunny Hill Festival.

“A glass for the year we left behind” at Hardh Fest

The Hardh Fest aims to promote Kosovo’s winemaking region. It’s held near the vineyards of Rahovec, a city with a tradition of wine production. Hardh Fest is co-organized with the Municipality of Rahovec which contributed 20,000 euros to this year’s edition.

“The Hardh Fest really helped us to better promote our town and to attract tourism.”

Veli Gashi, Chief of Cabinet to the Mayor of Rahovec

This year’s edition was held from August 16 to 18, while in the past the festival was held in September.

“The festival is on the rise. We’ve organized this edition in August because we can have higher visitor numbers. There was a lot of demand from the diaspora to hold the festival in August,” says a Hardh Fest spokesperson.

Reaching out to people who are not inhabitants of Rahovec was considered a success. The organizers say that the levels of interest and participation increase each year.

“The Hardh Fest festival has had an effect on the number of people that have visited Rahovec. It really helped us to better promote our town and to attract tourism.” Veli Gashi, Chief of Cabinet to the Mayor of Rahovec said. 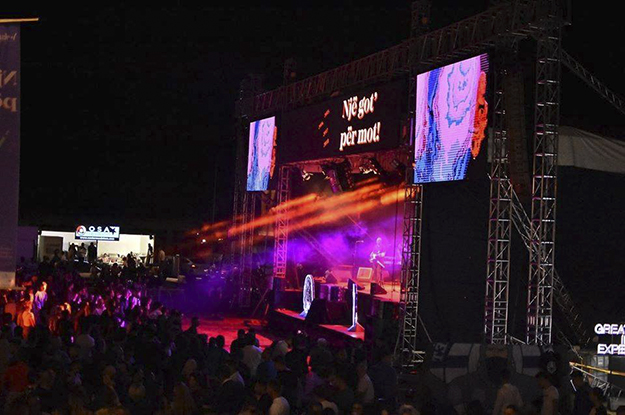 Festival representatives say that the effect of the event on Rahovec’s economy is great.

“The economy of the city benefits to a large extent. There are many businesses which take part in the festival fair,” the Hardh Festival media official told K2.0.

Having been part of the fair for five years, Stone Castle — one of the biggest wine producers in Kosovo — manager Teuta Kurshumliu says that the effect of the festival on business is quite small.

“Our income during the festival is not that big, compared to other months,” she says.

Dr. Reka says “Kosovo needs to have a portfolio of festivals all around the year. Every month there should be something happening. Edinburgh festivals is a perfect example with events that contribute not only to tourism, but also to the economy and the education of the masses in art, science, culture, performance, literature and theater.”

*Editor’s note: The previous version of this article gave the incorrect name for the DokuFest spokesperson.