The Coronavirus outbreak has forced many cultural institutions to experiment with new, online solutions to continue to reach people. Between virtual tours and online exhibitions museums globally are reaching out to the public.

In Kosovo, the Ethnographic Museum is offering a virtual tour.The Documentation Center Kosovo has placed its “Once Upon A Time And Never Again” exhibition online. Meanwhile, the National Gallery of Kosovo has placed artworks and short explanatory texts on its Facebook page to create a virtual exhibition.

This is a major step forward in making museums more accessible to the public.But what will happen when the coronavirus outbreak ends? Will things return to normal, or will Kosovo’s cultural institutions and museums develop new, innovative ways of working?

This could bring a revolution to museums, in which physical presence is not necessary to enjoy access to cultural treasures.

Motivated by the declining numbers of visitors in recent years, many museums in Europe and the US have been trying to find new ways of reaching the public. Integrating new technology has been an important development in some museums.

The Cleveland Museum of Art, for example, has installed a virtual art studio to make an exhibit that is not only interactive but entirely created by visitors. Augmented reality tours that utilize visitors’ mobile phones are also increasingly common.

However, the adaptation of museums to the modern world goes beyond technology. Museums are increasingly expected to engage with their local community and overcome the common perception of museums as snobbish, elitist institutions.

These innovations can take on many forms, from running special programs designed for children, to decolonizing European museums so that they appeal to a broader, multicultural audience.

The Amsterdam Museum, recently decided to stop using the term the “Golden Age” to refer to the 17th Century on the basis that it overlooked issues that contributed to Amsterdam’s wealth, such as war and human trafficking. It also made the decision to actively work outside of the main museum building and partner with other organizations in order to reach more of the city’s inhabitants, thereby decentralizing the museum itself.

K2.0’s Konteksti podcast dealt with these issues in its recent “Museums” episode.

Kosovar researchers are working on creating the proposed Shtëpia e Herticëve (Hertica Family Home) museum to tell the story of how Albanian children were educated in house-schools in the ‘90s when the Serb authorities kicked Albanians out of schools and other state institutions. How to approach the subject matter in a way that attracts younger audiences by emphasizing visuals and storytelling and not romanticizing the history are key factors in the planning.

Linda Gusia, the sociologist who has been leading these efforts told Konteksti, “I hope that the museum of house-schools won’t fall into this pitfall of attempts to mythologize and to paint a heroic picture of the struggle of the 90s. Because I think in Kosovo there is a grand narrative or metanarrative that falls or collapses on the concept of heroism.”

Online exhibitions are just one part of this process of making museums more open.They provide obvious practical advantages, such as not having to wait in line and being able to visit the museum whenever you want.

More importantly it provides access to museum collections to people who could not visit museums before.This includes people who could not afford to travel and visit these museums and non-able bodied people who might have been put off by a lack of suitable facilities. As such, this could bring a revolution to museums, in which physical presence is not necessary to enjoy access to cultural treasures. 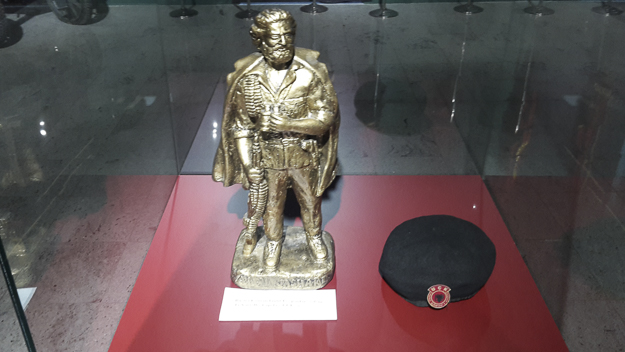 The Kosovo National Museum was robbed of many treasures before and after the war. Today it still suffers from a lack of resources and expertise.

Take the Kosovo Museum as an example.Its main exhibition, currently, does not provide any narrative for visitors.The items are accompanied solely by labels that indicate what they are and from which time period they originate.This represents an older, traditional museological approach in which the concerns of the visitor were placed below those of the curator.

Modern museological thinking advocates clear explanations of why objects are significant, so that visitors are able to put them into context. This does not mean telling visitors what to think, but text or video explanations should aim to stimulate thought, raise questions and highlight a range of opinions.

The National Museum of Serbia in Belgrade, after being renovated from 2003 to 2018, now has texts that ask visitors direct questions. A text explaining the prehistoric Vinča culture not only provides an account of the civilization’s development, but asks “Were there tensions between Vinča communities? Did the inhabitants of one settlement threaten their neighbor’s stability? How did everyday tasks influence the position of individuals and groups? Did a gender division of labor exist?” This invites the visitor not just to look passively at the exhibit, but also to engage with it.

The Kosovo Museum faces significant challenges that hinder the development of newer museological concepts, including a longstanding lack of resources and expertise. Prior to Kosovo’s independence it was treated as a provincial museum that served partly to funnel artefacts to Belgrade.

In the very first issue of the museum’s journal, published in 1956, the museum’s director complains about the “disloyal and non-cooperative attitude of the staff of the Central Republic Ethnographic Museum in Belgrade, who seize objects from our area, without any collaboration with our institution.”

They made the museum into an active participant in the political conversation, rather than being a passive observer.

This attitude continued for decades, culminating in 1999 when many of the museum’s exhibits were displayed in Belgrade and never returned. Following independence, museums have simply not been a priority for any government. This is perhaps most clearly shown by the fact that the Kosovo Museum did not receive an official statute to replace the Yugoslav one until 2018.

On top of this, it has the baggage of being a de facto “national museum.” Such museums are often expected to tell a particular national story that helps to justify the emergence of the nation state, rather than presenting a range of different viewpoints or interpretations of history. Even better resourced museums often conform to this expectation and struggle to implement a more nuanced approach to the past.

Luckily, there are some excellent initiatives in Kosovo that can show the way forward.  Many of them are online and can be enjoyed without breaking self-isolation. The Oral History Kosovo initiative, for example, provides a ground level perspective on Kosovo’s 20th century history through personal interviews.

Initiatives like these take history away from an elite driven single interpretation and provide pluralistic perspectives.The Kosovo Museum currently does include a projector to show interviews from Oral History Kosovo, but it is usually not in operation.

Furthermore, the challenge for museums in the 21st Century is not to include different perspectives in a single section of the museum, but to weave plurality into the exhibition as a whole. For example, an attempt to revitalize the National Museum of Poland in Warsaw saw its items completely rearranged from their traditional, chronological order into thematic exhibits. Its artworks were reordered to show the influence of homoeroticism in classical art.

The exhibition caused a great deal of controversy due its sexual subject matter.  However, its curators felt that this attention was better than the apathy and falling visitor numbers that it had previously experienced.They demonstrated that the same objects could be repurposed to illustrate different viewpoints.

The National Museum of Poland made the museum into an active participant in the political conversation, rather than being a passive observer.The exhibition engaged people on an intellectual and even an emotional level, rather than simply displaying objects.

It is clear that museums can no longer simply be physical collections of objects accompanied by brief descriptions. They must endeavor to provide something more than a single historical narrative, or a display of artifacts intended only for experts.They must raise questions and stimulate the public to think, and change with the times.In a post-corona world, online exhibitions are certainly a good start to making Kosovo’s museums more accessible and bringing them into the 21st century. However, they are just that: A start.

The article is part of the wider research supported by the Kosovo Foundation for Open Society in the context of the project ‘Building Knowledge about Kosovo (v.3.0)’ whose findings will be published soon. 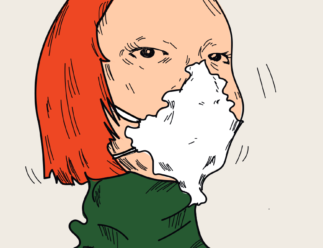 Corona and Kosovo: managing a crisis with... 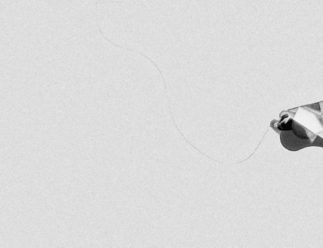 Few following in the footsteps of whistleblowers 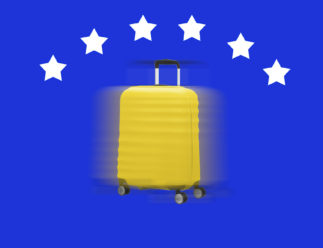 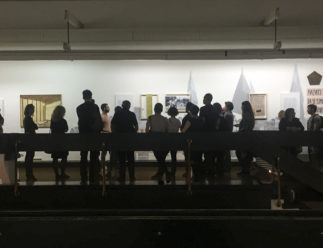 All that remains after Yugoslavia 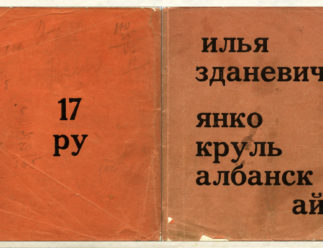 Sezgin Boynik: The cultural scene in Kosovo can learn a lot through the legacy of Russian avant-garde