Not another supermarket - Kosovo 2.0
In-depth | Culture

The picturesque city of Peja lies at the foot of the impressive Bjeshket e Nemuna mountains and has a river that passes right through the center of the city. On the south side of the river lie two cultural institutions; a theater called Istref Begolli and a cinema called Jusuf Gervalla.

Since 1955, when it was built by a workers syndicate, the Jusuf Gervalla has screened films to the Peja public, but its future as a functioning cinema is now under threat. It will only continue to show films if the team working behind the scenes at the cinema, staff from the Anibar NGO, is willing to fight “to the last man” in order to protect it against privatization.

In post-war Kosovo, almost all state owned objects, including some monuments of cultural heritage, have been privatized, and often demolished or repurposed as supermarkets, boutiques or parking lots. The same fate may befall the Jusuf Gervalla, if things do not change.

The cinema was left in ruins after the war, but in 2001, the Municipality of Peja renovated the cinema with the financial help of Italian donors. Although officially functioning since then, the cinema’s activities were infrequent in the early part of the 21st century; scarce film screenings, and the hosting of occasional meetings or commemorative events. 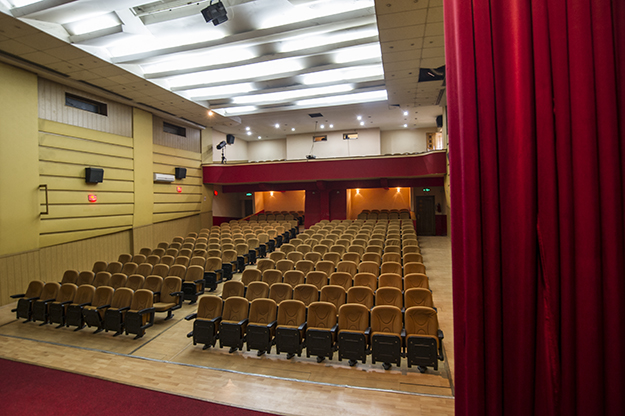 But in 2010, the Anibar International Animation Festival was launched by a group of emerging art activists, giving a boost to Peja’s cultural scene. During the seven days of the festival’s duration, thousands would visit Peja, hundreds of movies would be shown, and numerous workshops and other activities would be held. However, the festival was becoming a rare glimpse of cultural excitement, as the rest of the calendar provided little else.

Wanting to fill this void, the team behind Anibar attempted to take over and occupy the Jusuf Gervalla; to create a program worthy of a city of over 100,000 inhabitants. With much effort and support from the whole of Kosovo’s cultural scene, in January this year Anibar achieved their ambitions, signing a 15 year contract with the Municipality of Peja to revitalize the cinema.

Vullnet Sanaja is the founder and director of Anibar, who, together with his colleagues, set about focussing energies on gathering funds to renovate and digitalize the cinema. The group were making the final preparations before announcing the year’s program but there was to be a twist in the tale. 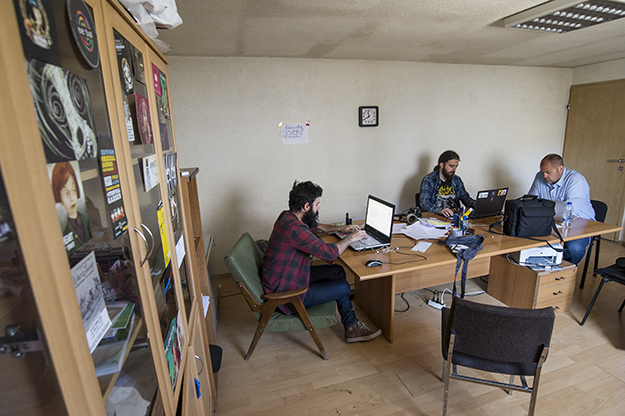 The team behind Anibar had been working hard on revitalizing the cinema when they received news that the process for privatization was underway. Photo: Atdhe Mulla / K2.0.

“On the 10th [of March] we were planning to go public with the program, but on the 8th we found out that PAK [the Privatization Agency of Kosovo] had made a decision to liquidate,” Sanaja told K2.0.

Liquidation is the first stage in the process towards privatization and regardless of whether the process is completed, it will still take months, maybe even years, until someone is able to make use of the cinema.

“So on the 10th, when we were supposed to announce the program, we announced that the process for liquidation has begun,” Sanaja explained.

PAK’s announcement was unexpected for all parties involved, including both the Municipality of Peja and Anibar. The municipality has declared that it is in possession of all the required documents to prove that the cinema belongs to it, but PAK claim that in the past, the building was passed over to a state owned company. Based on these claims, the Agency filed a suit to the Basic Court in 2014. The court is yet to make a decision regarding this case.

PAK spokesperson, Ylli Kaloshi, has publicly stated that the property is registered in the name of the Municipal Assembly of Peja, but neither this, or the ongoing court case, has deterred PAK from putting the cinema forward for privatization.

The argument surrounds the use of the cinema during the ’70s by state owned organization Kino Rad. The Municipality of Peja claims this use was only temporary, while PAK claims it was permanently handed over to Kino Rad, making it state property and therefore eligible for privatization. Sanaja believes that the true owner is the people of Peja, as the money to construct the cinema was raised through a syndicate with contributions from all the workers of the city. 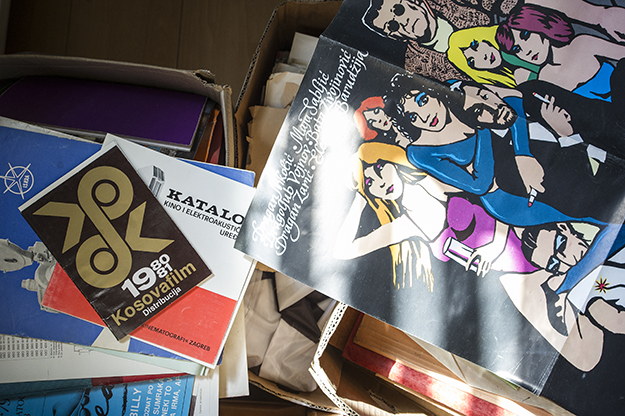 The cinema has formed a rich part of Peja’s cultural heritage since it opened in the 1950s. Photo: Atdhe Mulla / K2.0.

Older citizens of Peja especially, view the Jusuf Gervalla as an important part of their heritage. One, a retired teacher, told K2.0 that in her youth she would go to the cinema with her fiance every night. “It was a place of fun and joy, a key place for all the young people of that time,” she said.

Another citizen in his fifties was also a frequent visitor to the cinema in his youth. “Movies used to be shown three times during the day, from four, six and eight,” he said. “That place should not be privatized, it should be reactivated.”

The future of the cinema has always been a key issue in local politics, with every municipal administration wishing to restore it, but without a clear vision on how to do so. Finally this year, Anibar has envisioned a program and a future for the place, and are willing to make it happen.

So far, Anibar has found support from 70 other NGOs, the Municipality of Peja, and thousands of citizens from all around Kosovo who have signed a petition to stop the process of privatization.

“After public pressure, PAK officials have finally started to see if they can find ways to accelerate action to remove it from the privatization process and return it to the Municipality as an asset,” reveals Sanaja. While they look for a way, Sanaja says that the public’s duty is to continue the pressure, until it is legally proven that the property belongs to the city and is not for sale.

After that, he adds, Anibar will return to its aims from January. “The idea is to digitalize the cinema, then we could screen movies all the time. It would become a source of income, which allows you to have a continuous program,” Sanaja explained. 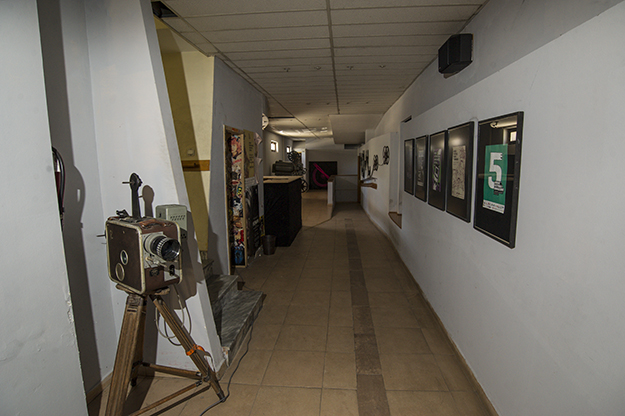 The cinema owns old film projectors and other film artefacts, which activists are considering showcasing in a museum within the building. Photo: Atdhe Mulla / K2.0.

Other than digitalising, the Anibar team wants to revitalize the cinema and return it to its previous state. They point out that there is enough space in the building to repurpose some parts as a museum where they would exhibit some magnificent looking old film projectors, and show other cultural treasures left from the past.

Sanaja says that Anibar is “about cultural development, democratic education and film production.” Peja has spaces that can support all these activities and contribute to the city’s development, he says, not only culturally, but also financially.

So far in Kosovo, “occupied” public spaces have proven to be cultural successes; Stacion Center for Contemporary Art, the Boxing Club and Termokiss in Prishtina, the Lumbardhi cinema in Prizren, and now the Jusuf Gervalla cinema in Peja.

To encourage this school of thought and form of activism, Petrit Gora the artistic director of Anibar, has announced that for the eighth edition of Anibar International Animation Festival, the main theme will be public space. Subtitled ‘Reclaim the City,’ the festival will organize talks, workshops, and other activities to highlight this issue.

Activists hope that it will gain momentum, become a national movement and enrich Kosovo’s cultural life.K